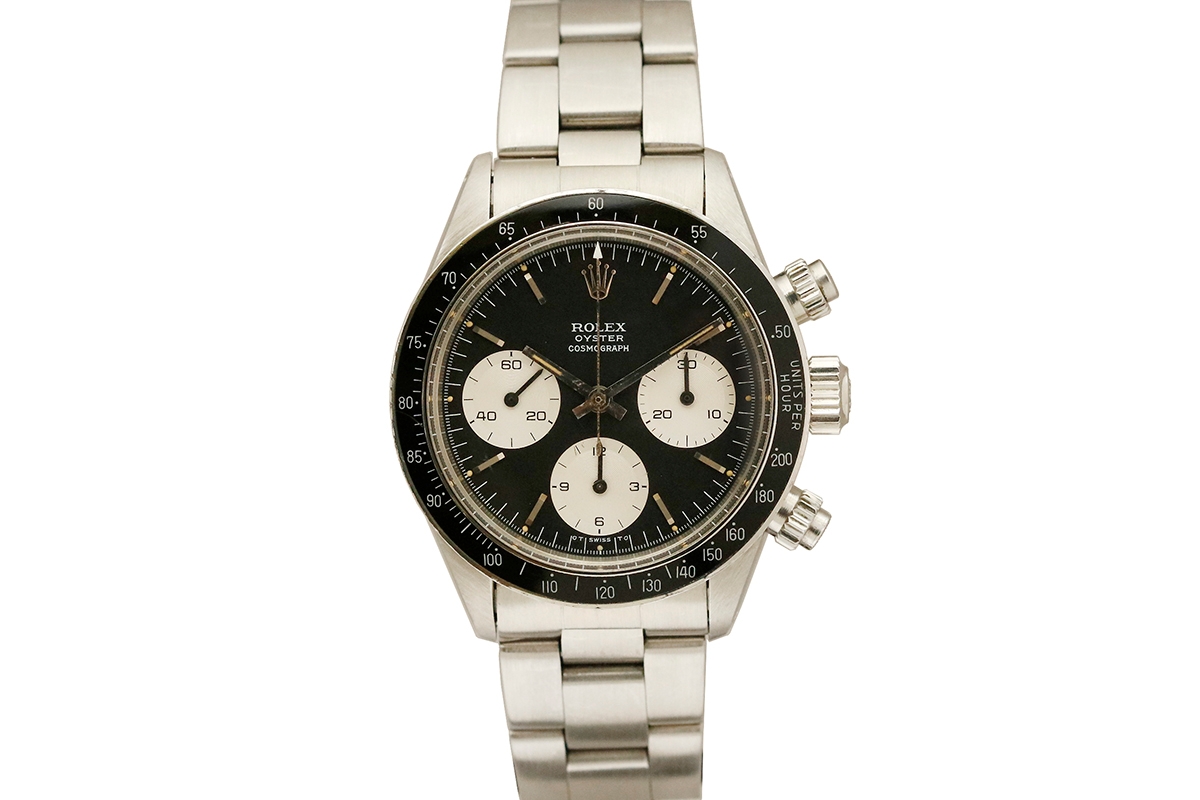 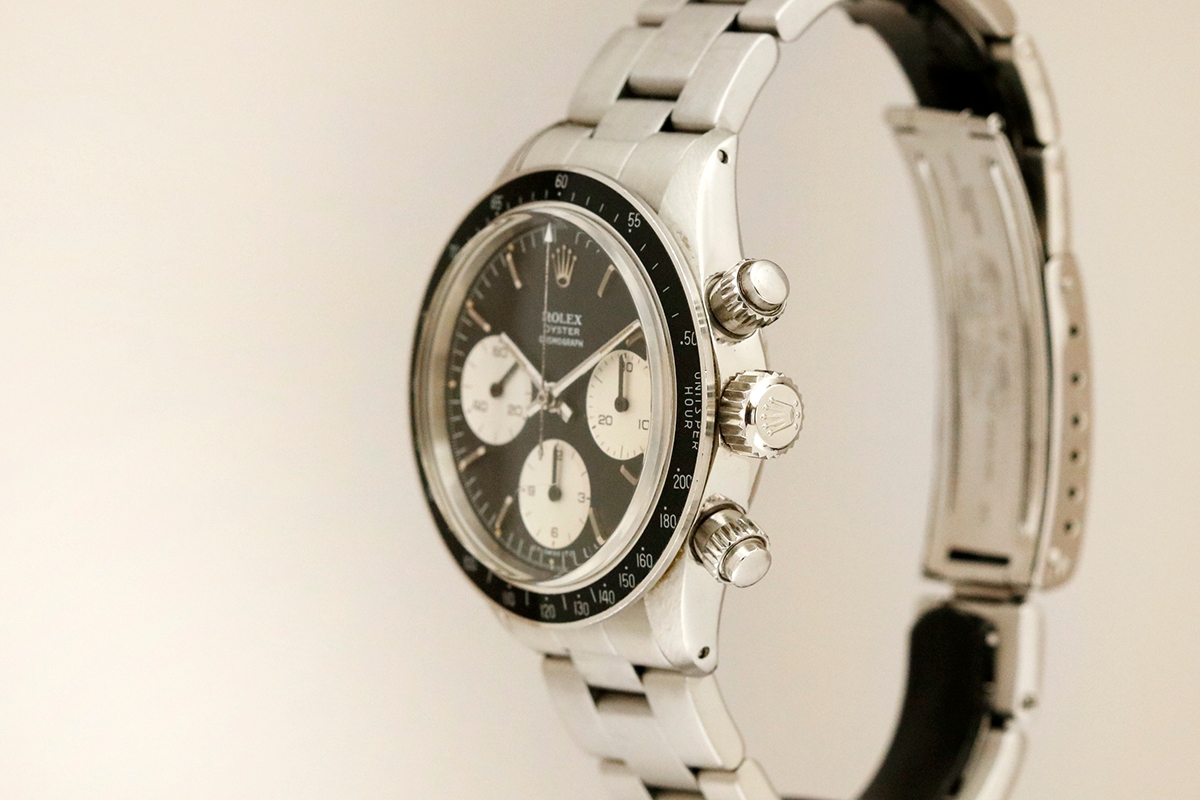 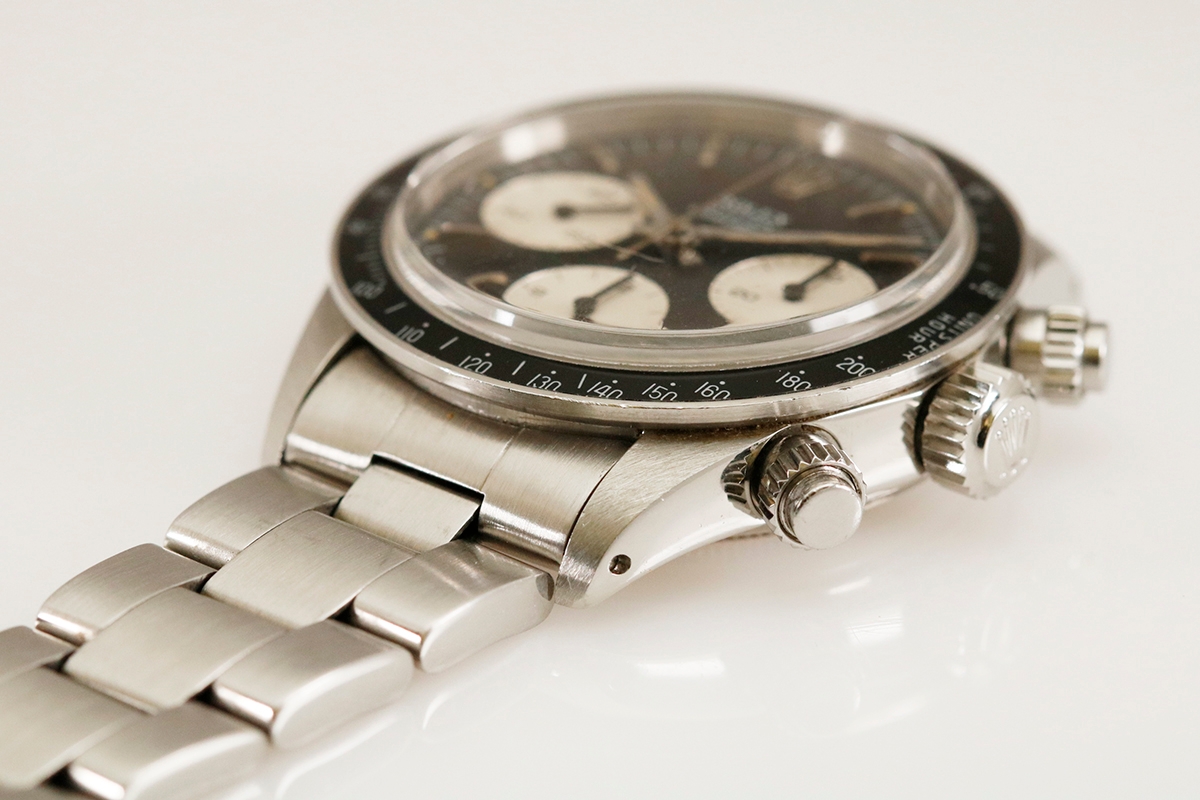 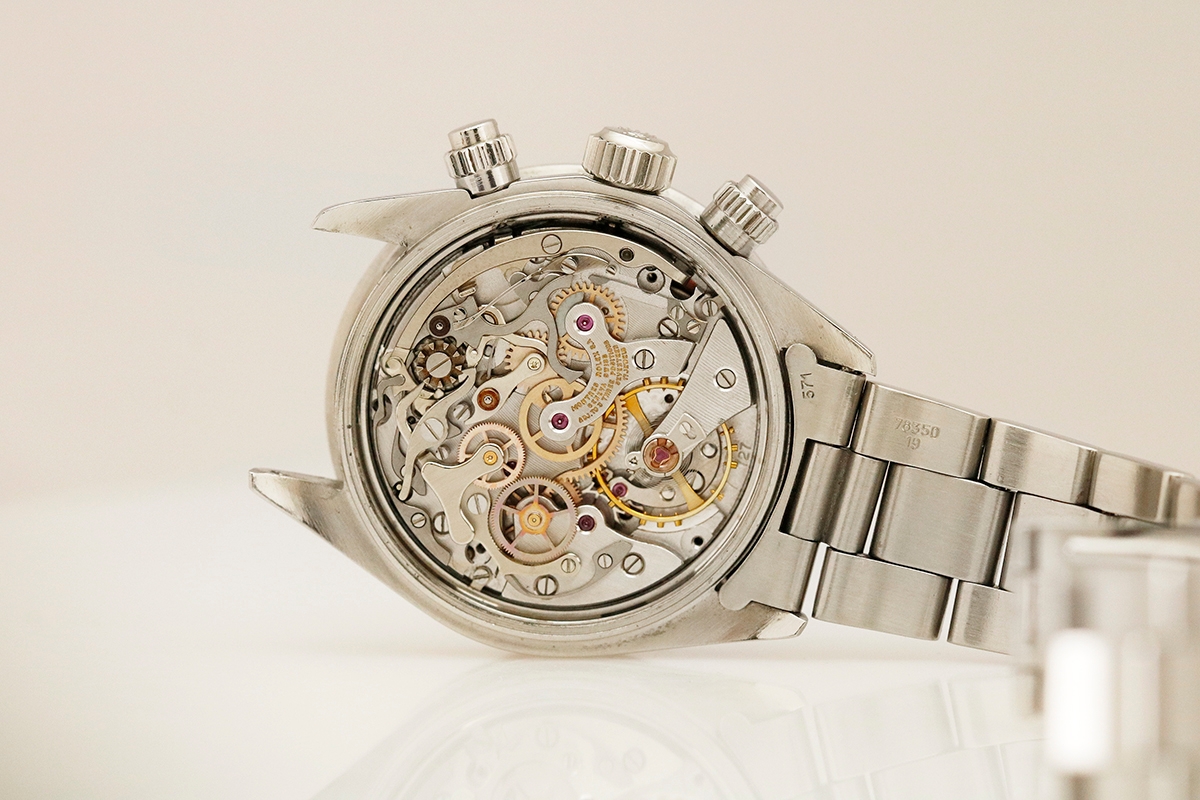 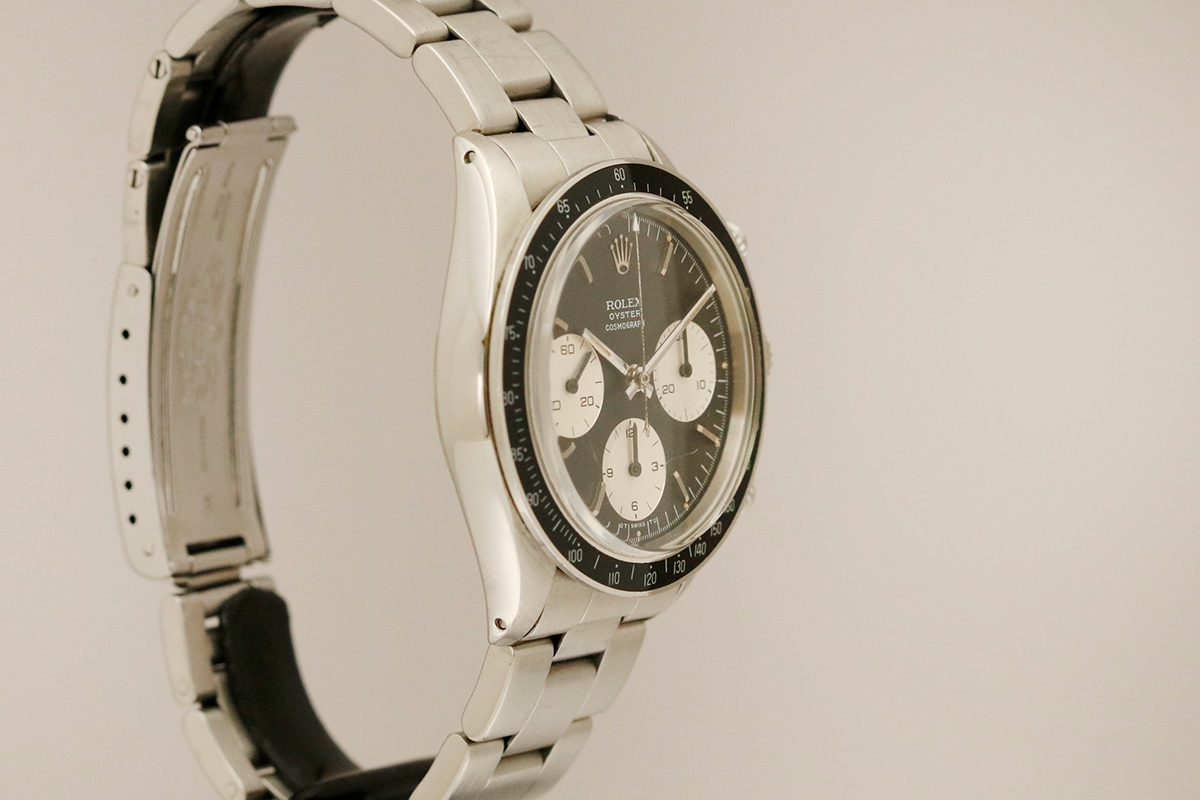 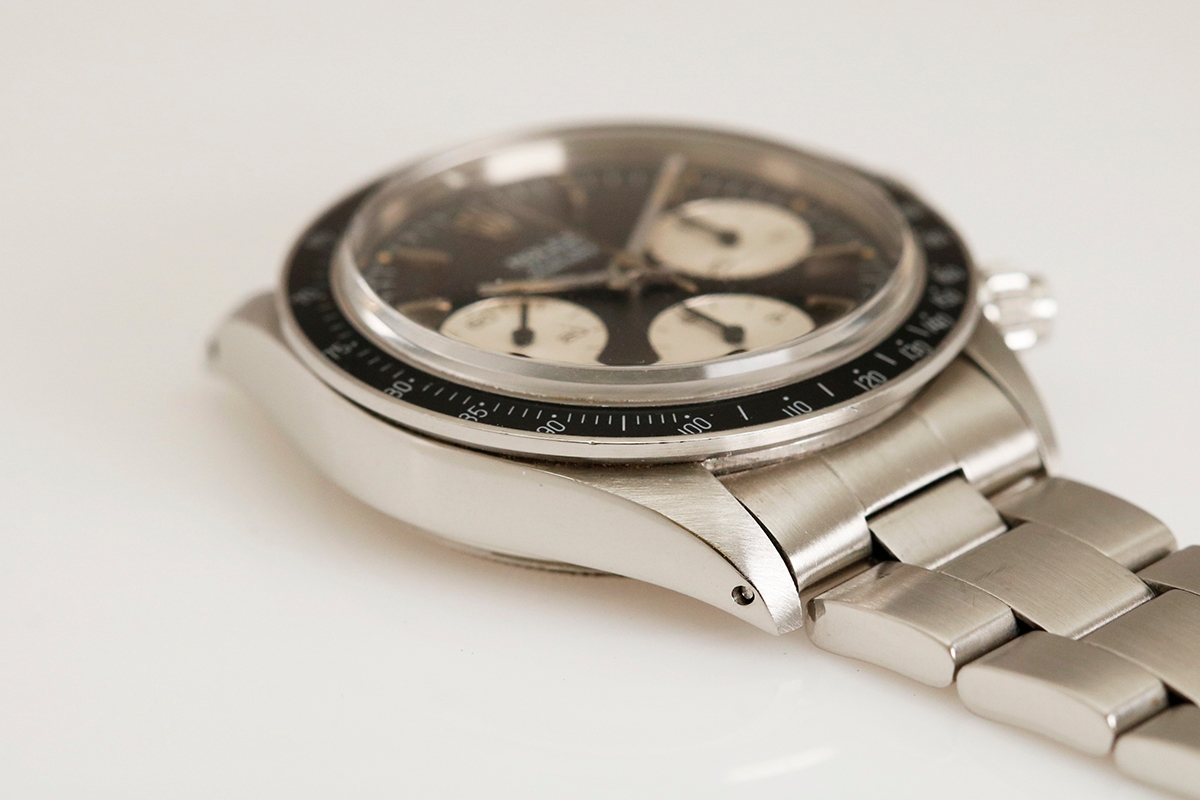 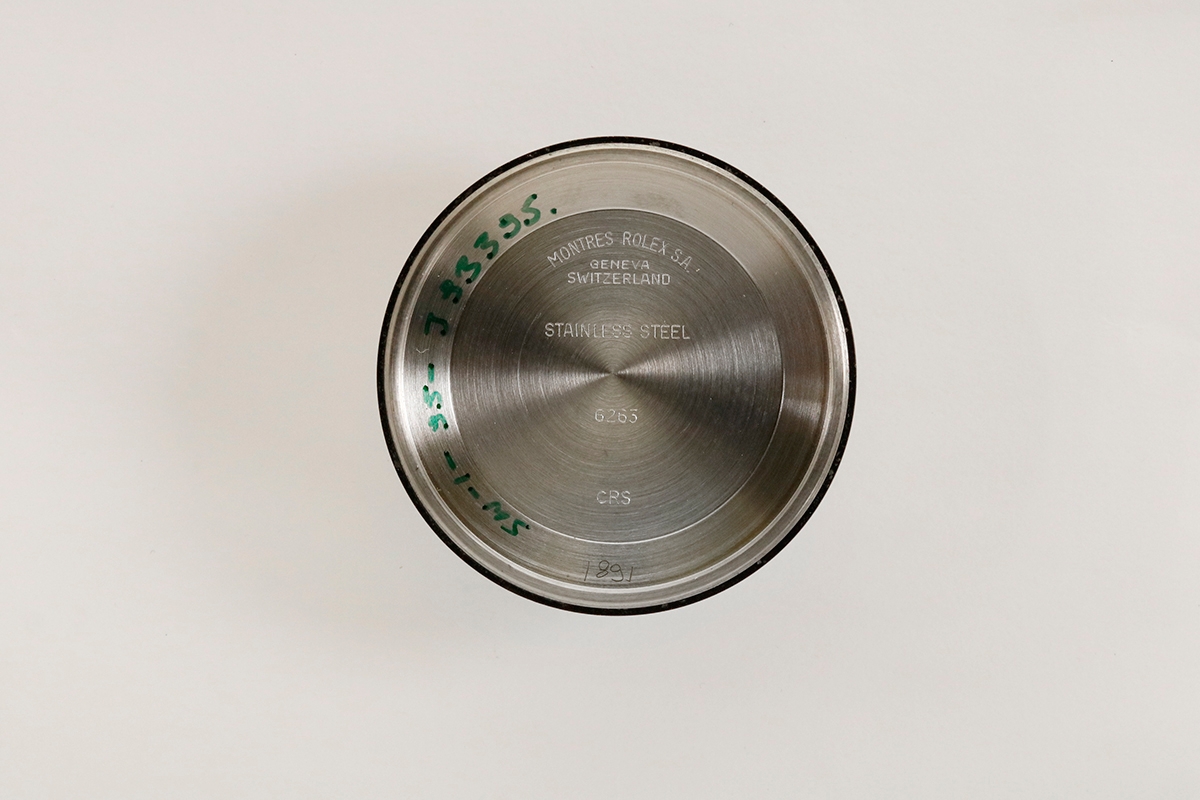 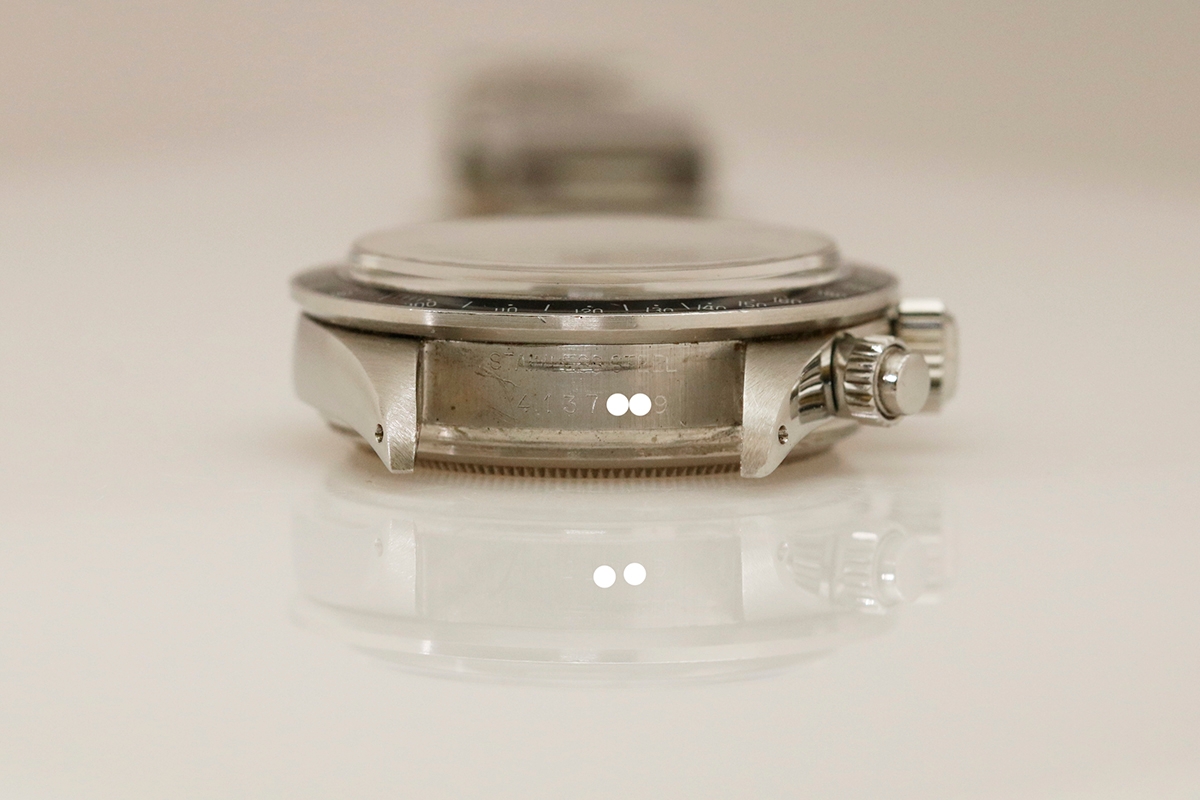 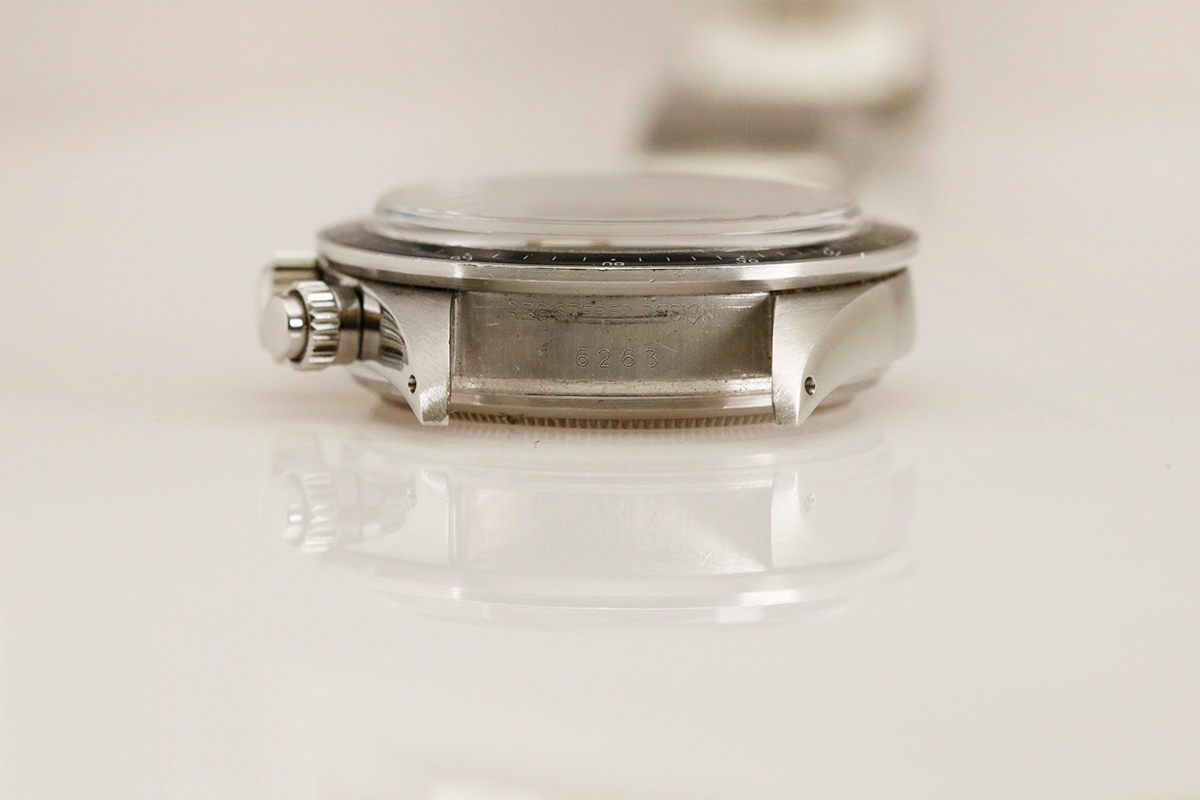 This is the highly sought after Rolex Oyster Cosmograph Reference 6263 circa 1974.. This gorgeous watch has an all original black Sigma dial with 3 white registers and perfect lume plots. The case on this oyster watch is very strong. The black acrylic bezel is a later replacement bezel. This reference and dial combination has become the most sought after of all the Daytona references.