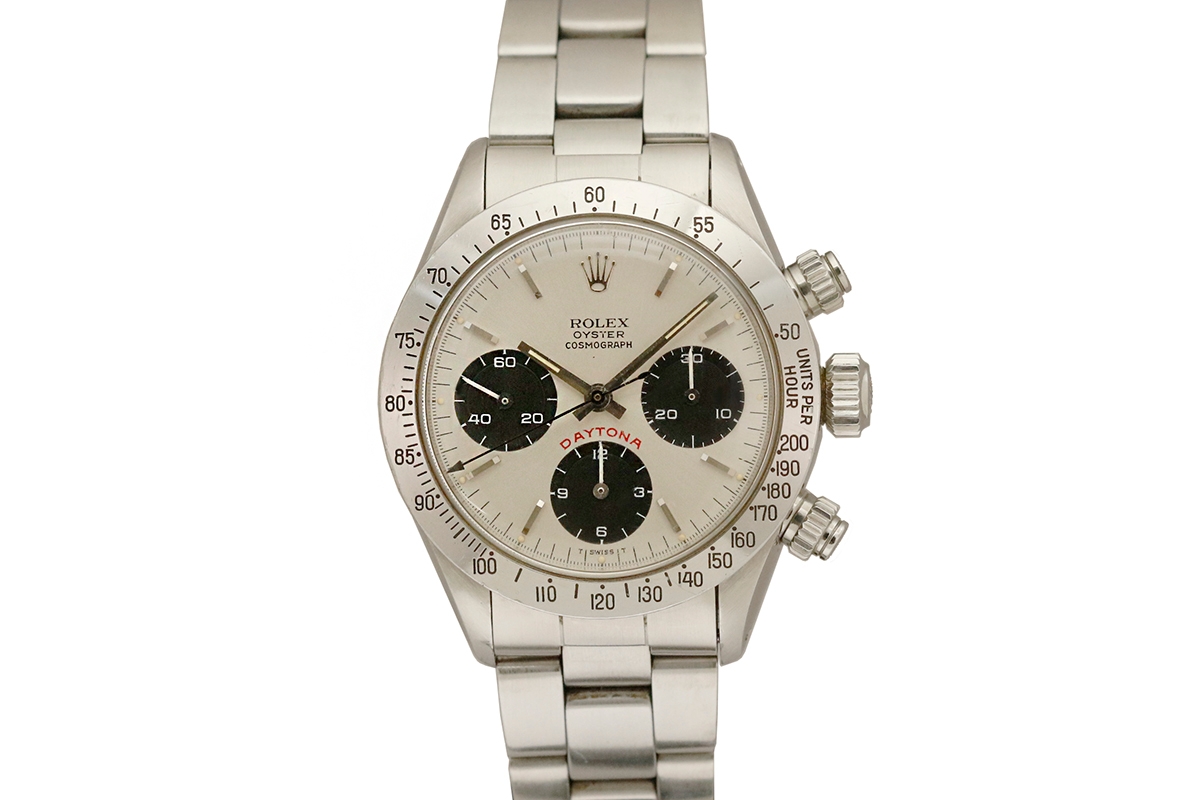 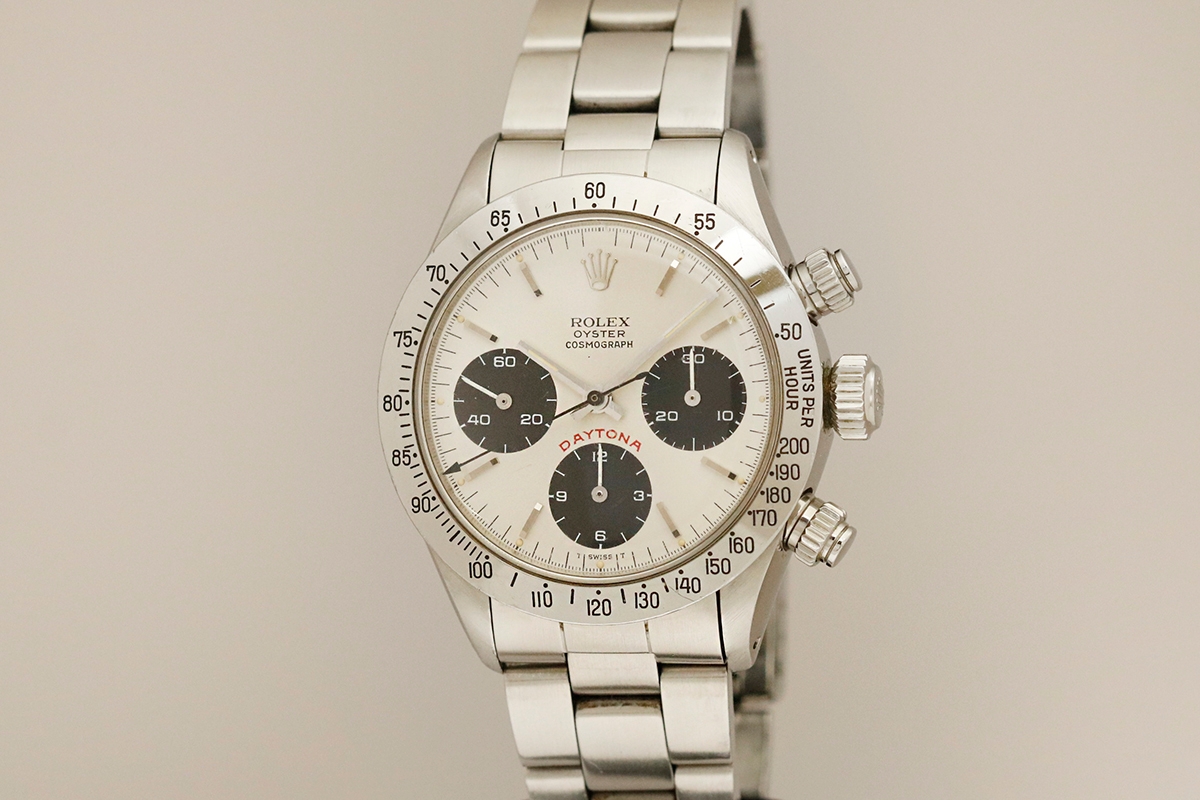 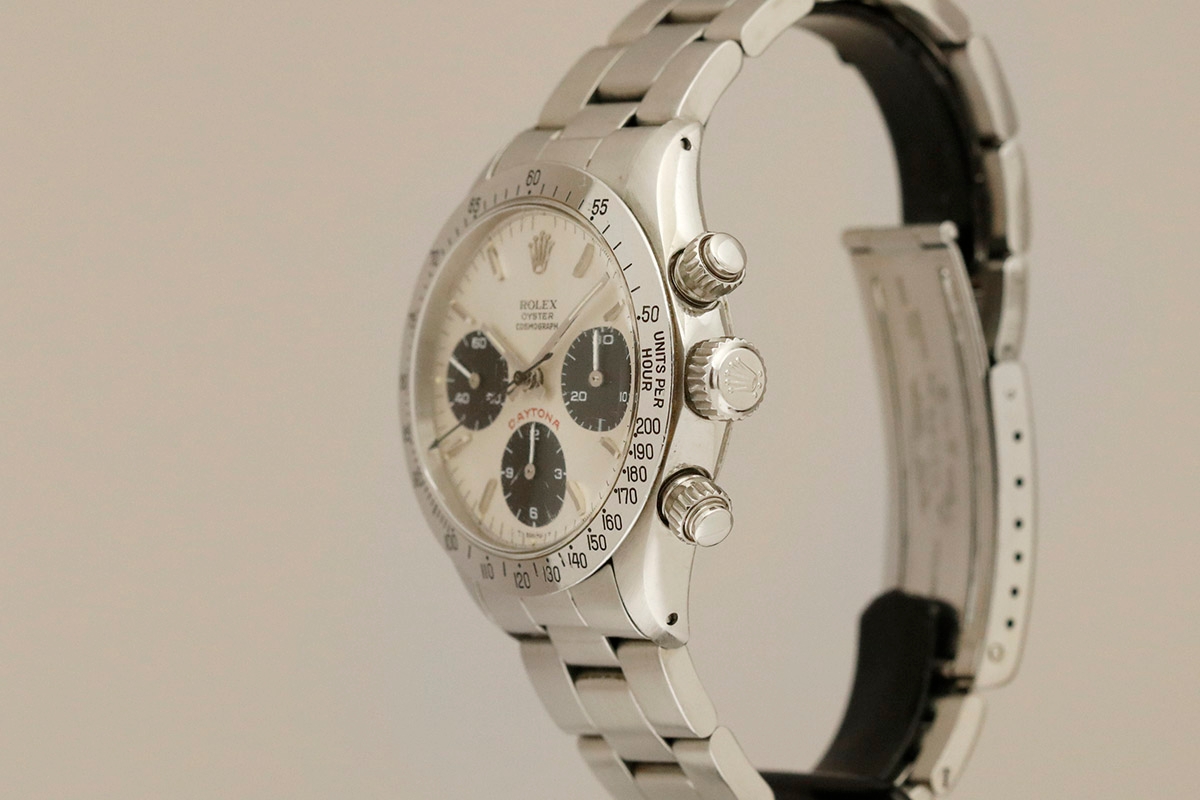 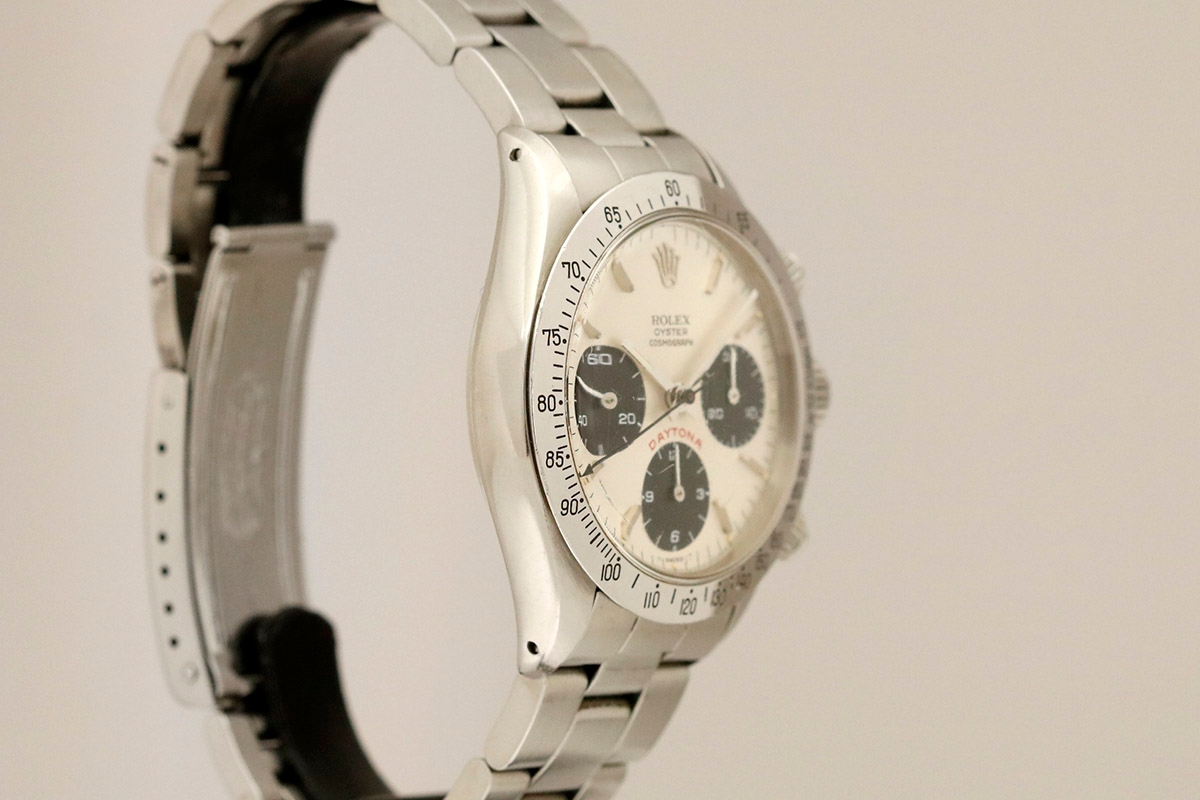 This is a fabulous Rolex Oyster Cosmograph BIG RED Daytona circa 1979. This original silver dial with 3 black registers and Daytona in Red is all original and in excellent condition. All lume plots are totally intact and original. The case of this watch is nice and strong and has retained its shape over all these years. The original steel bezel is super crisp as well. This Daytona comes on its original Rolex heavy oyster bracelet.