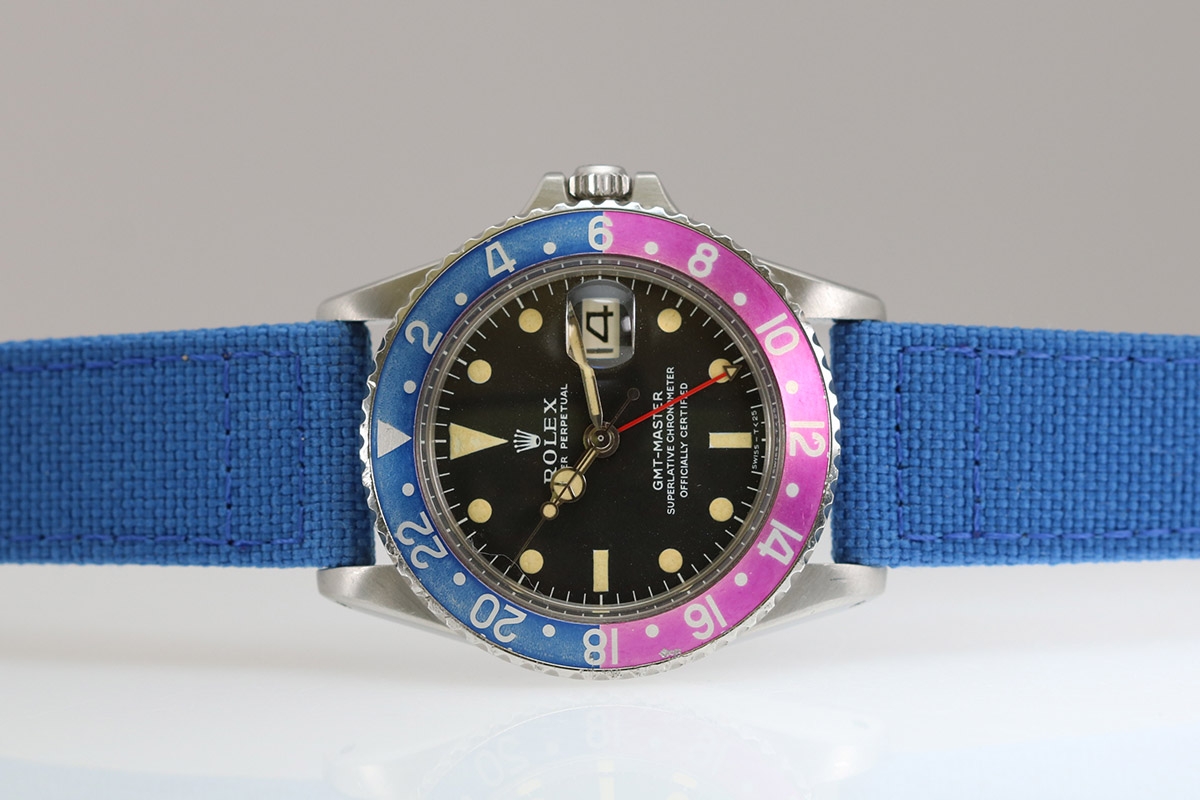 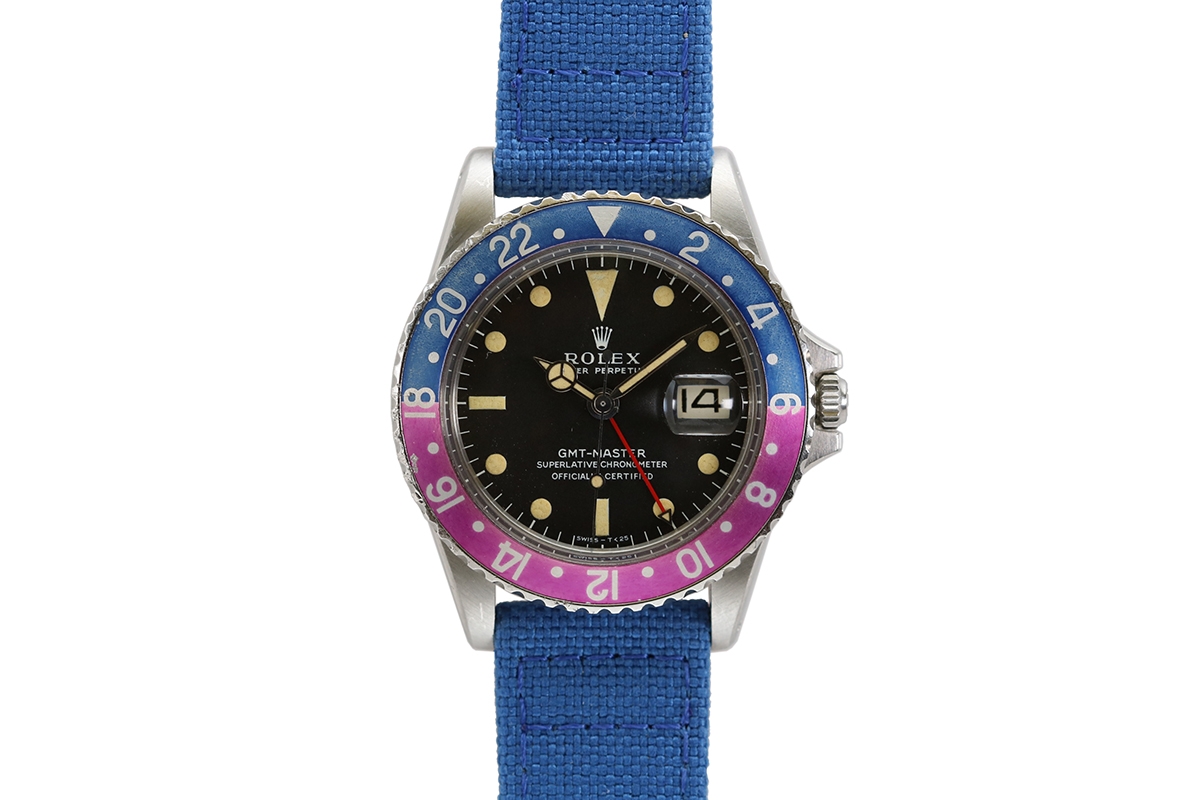 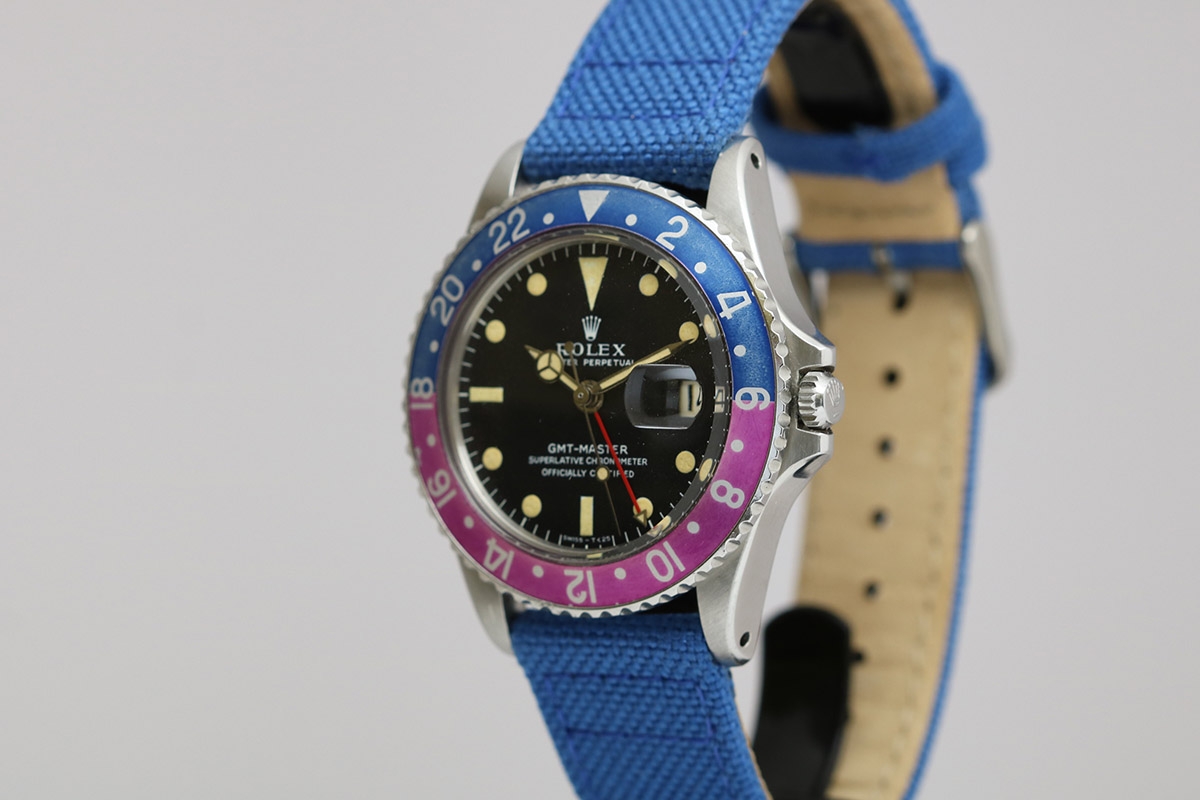 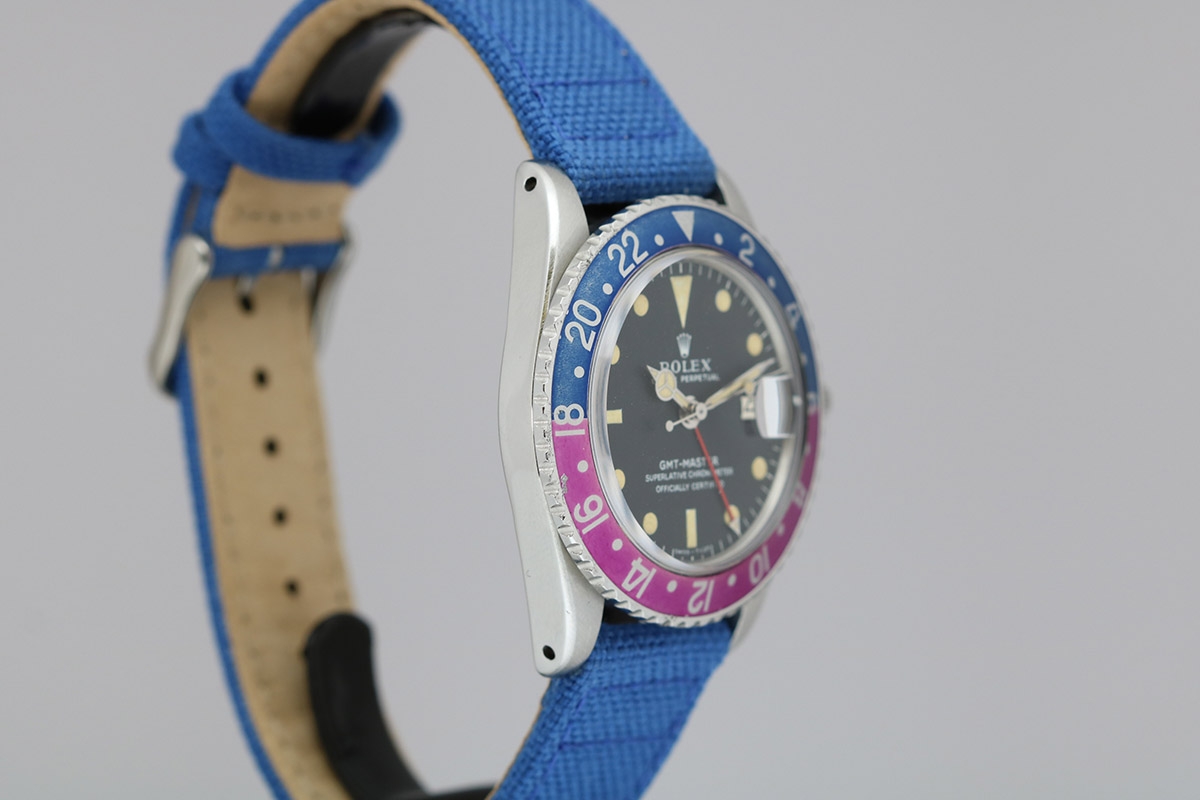 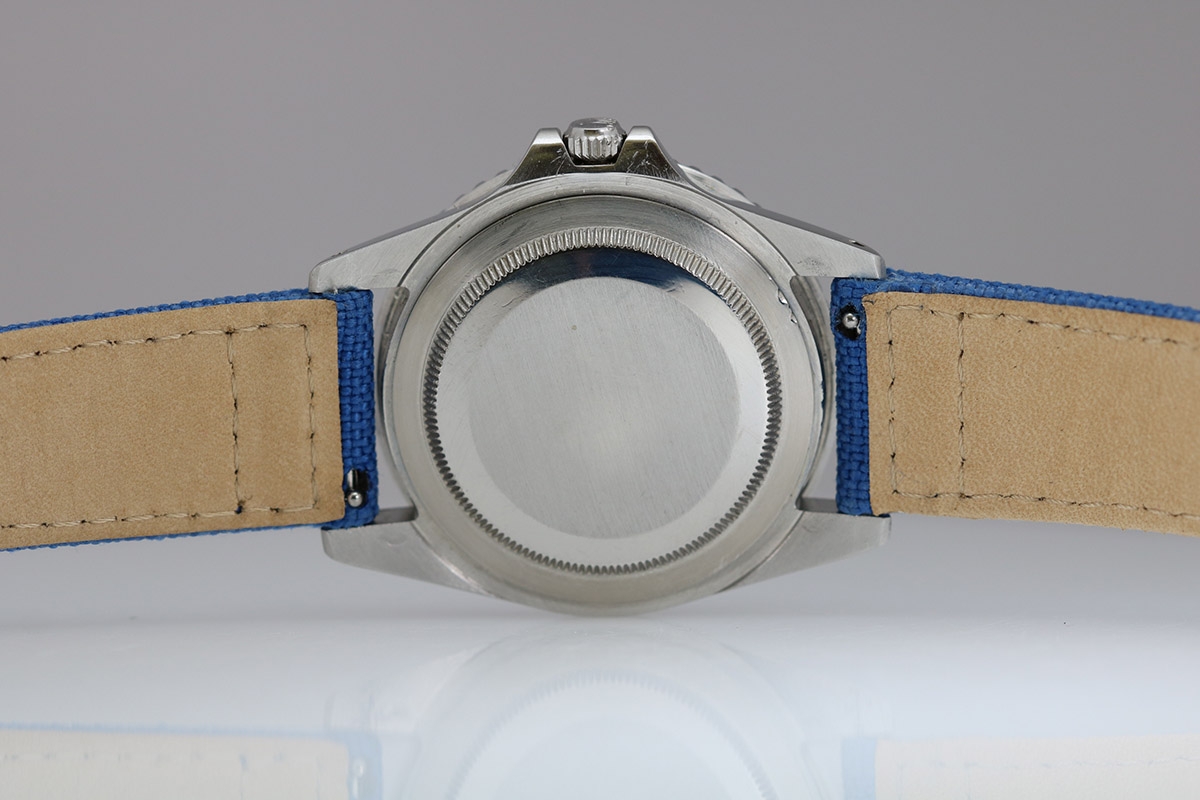 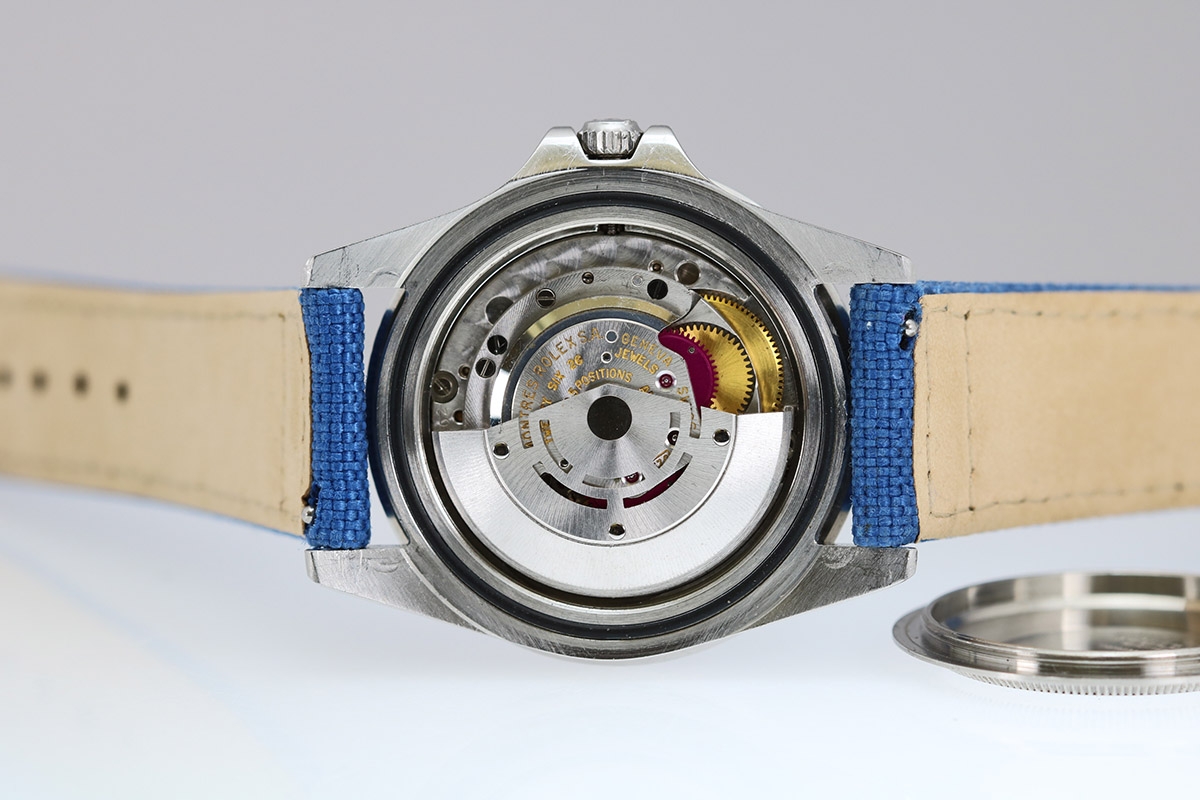 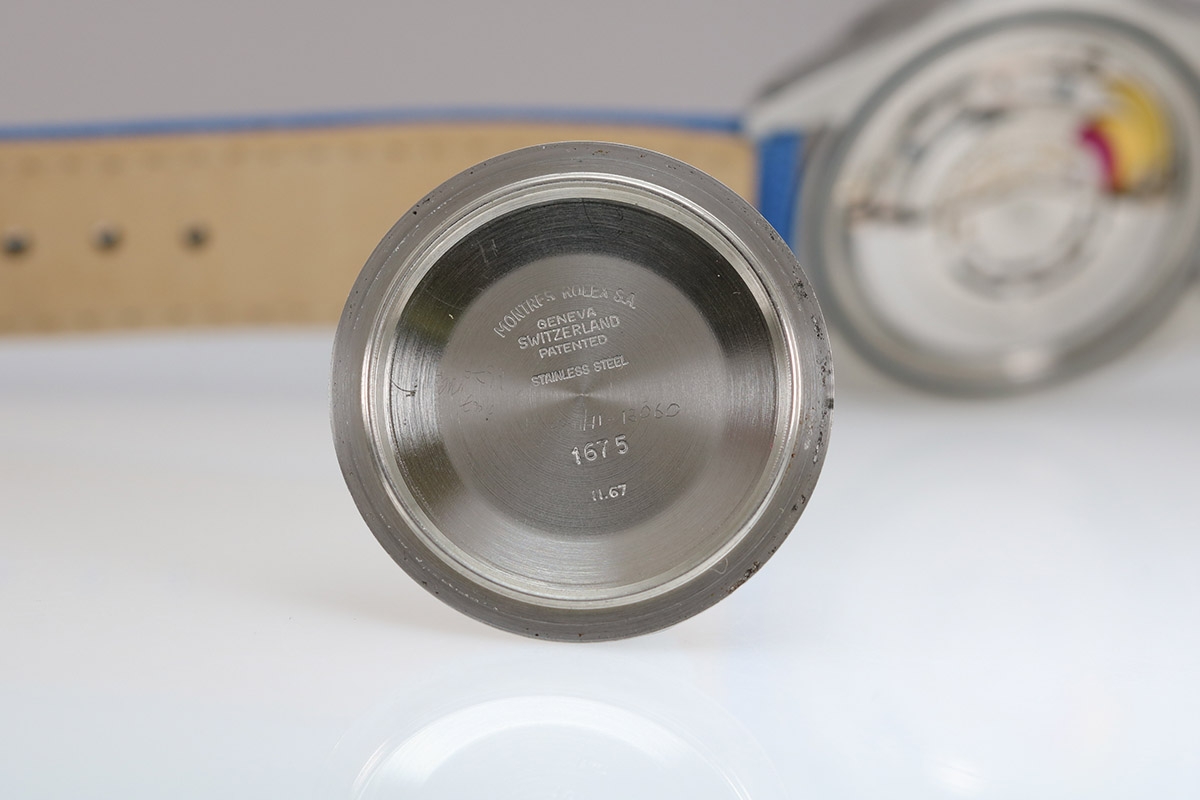 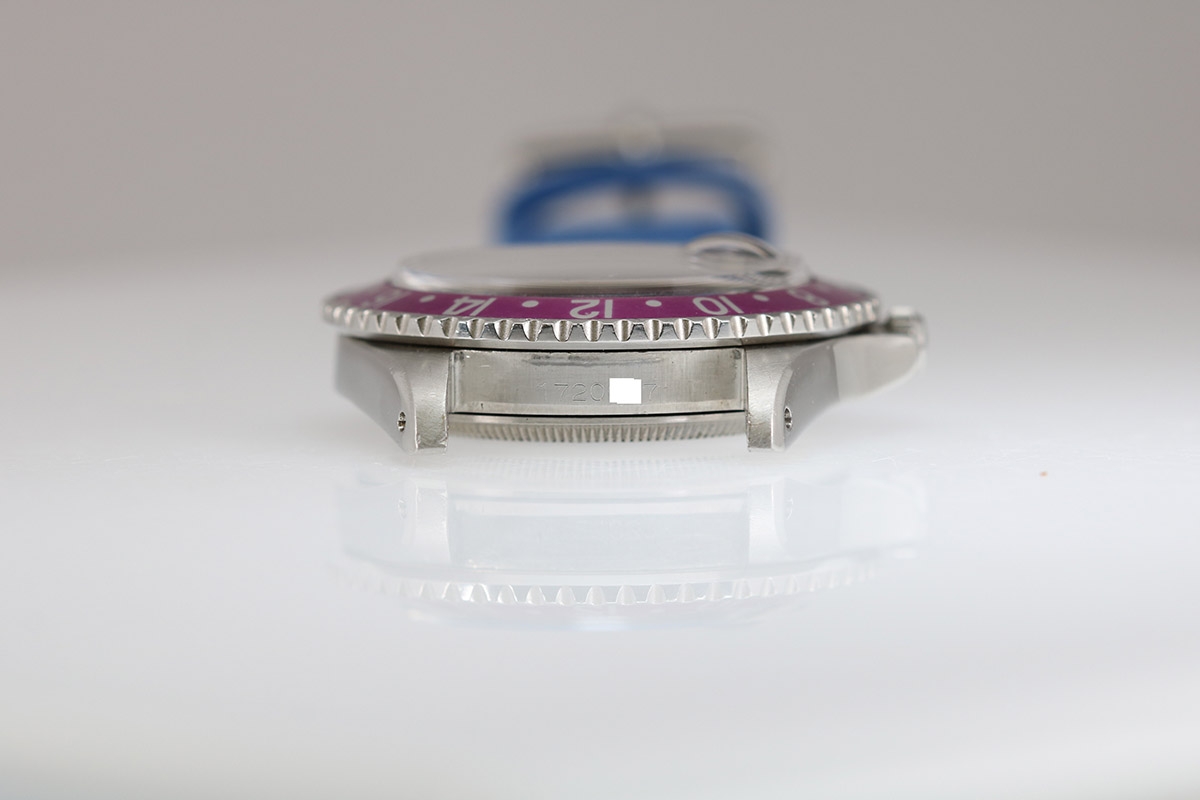 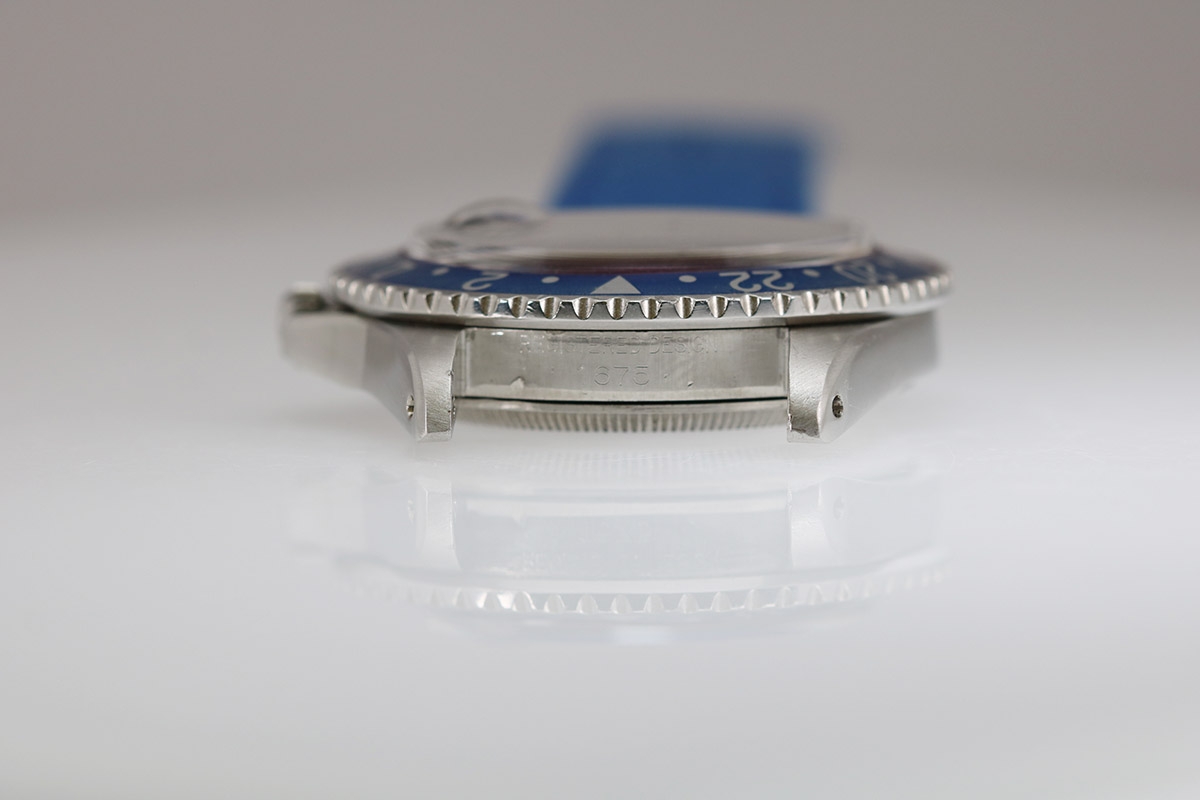 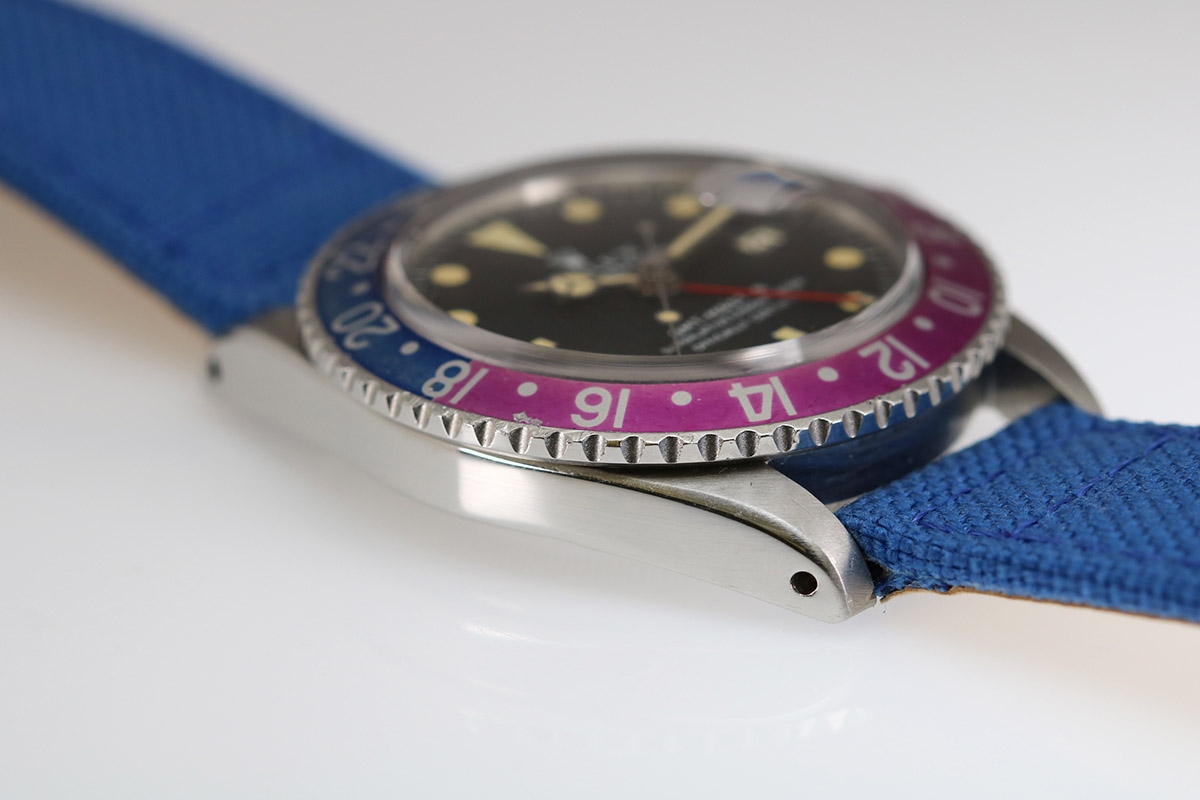 This is a rare transitional Rolex GMT Master Reference 1675 from 1967. The inside of the case back is marked 1967 and the watch has the small arrow hand which is a trademark from transitional 1967 GMT's. This watch also has the "hanging 7" on the date wheel and a beautiful fushia bezel. Aside from all the rarities of this watch, the case is nice and strong and the original dial is a beauty. The original lume on the dial has a nice cream tone which also matches the original lume on the hands.