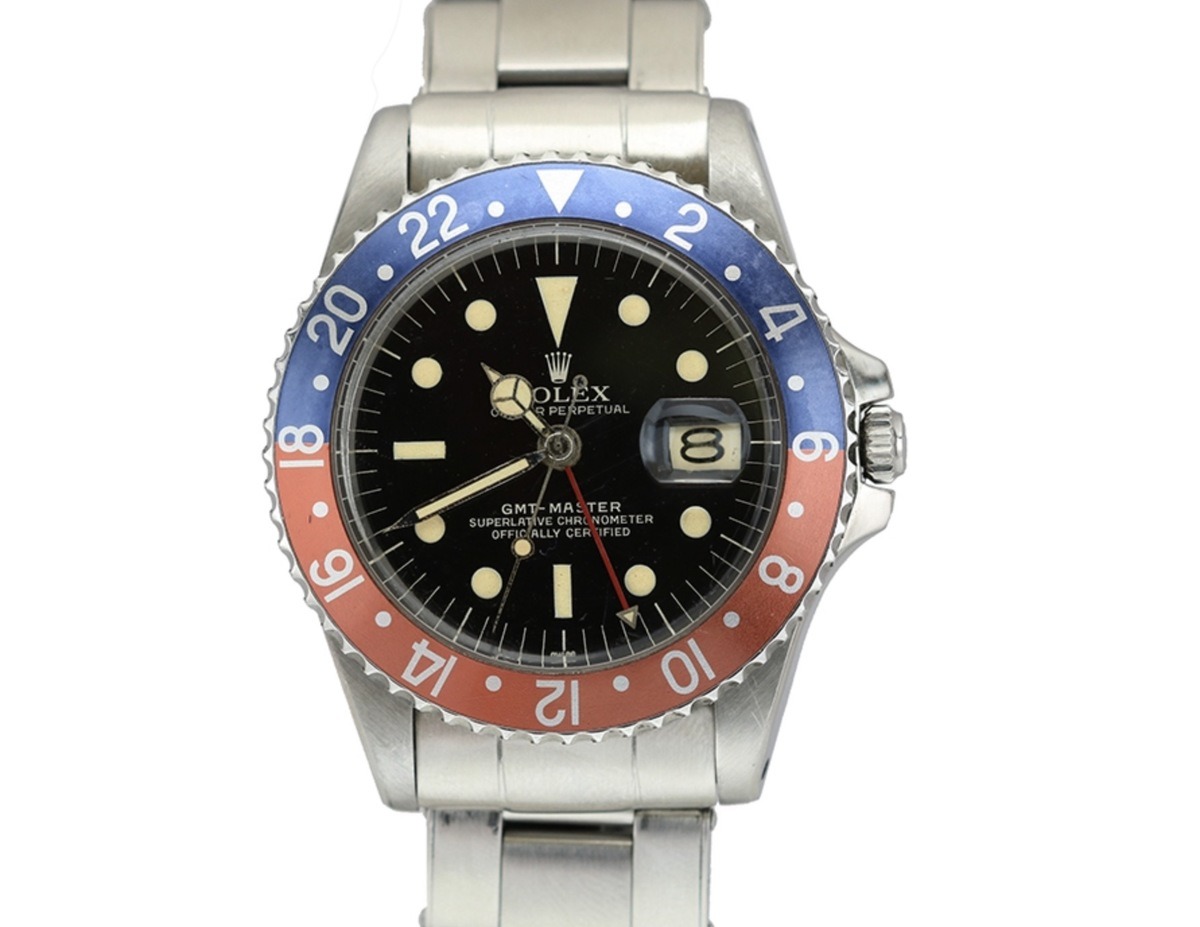 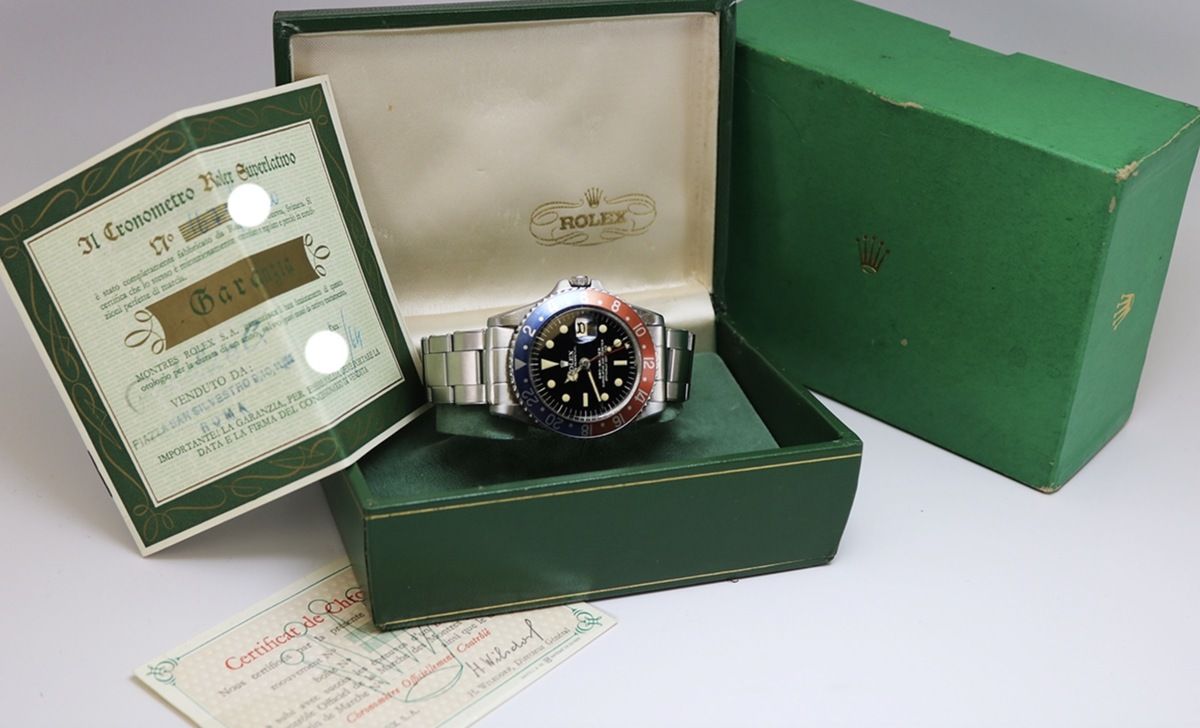 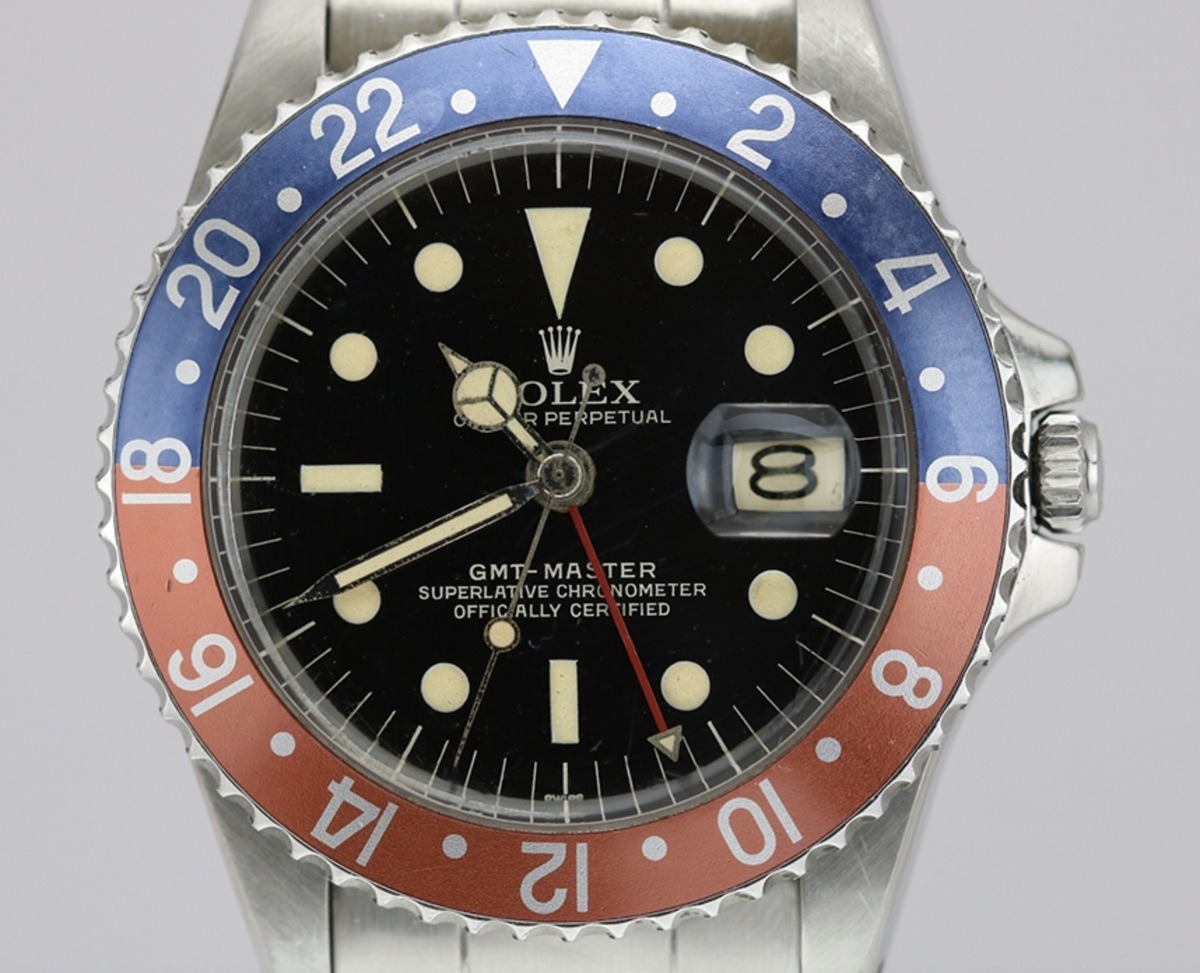 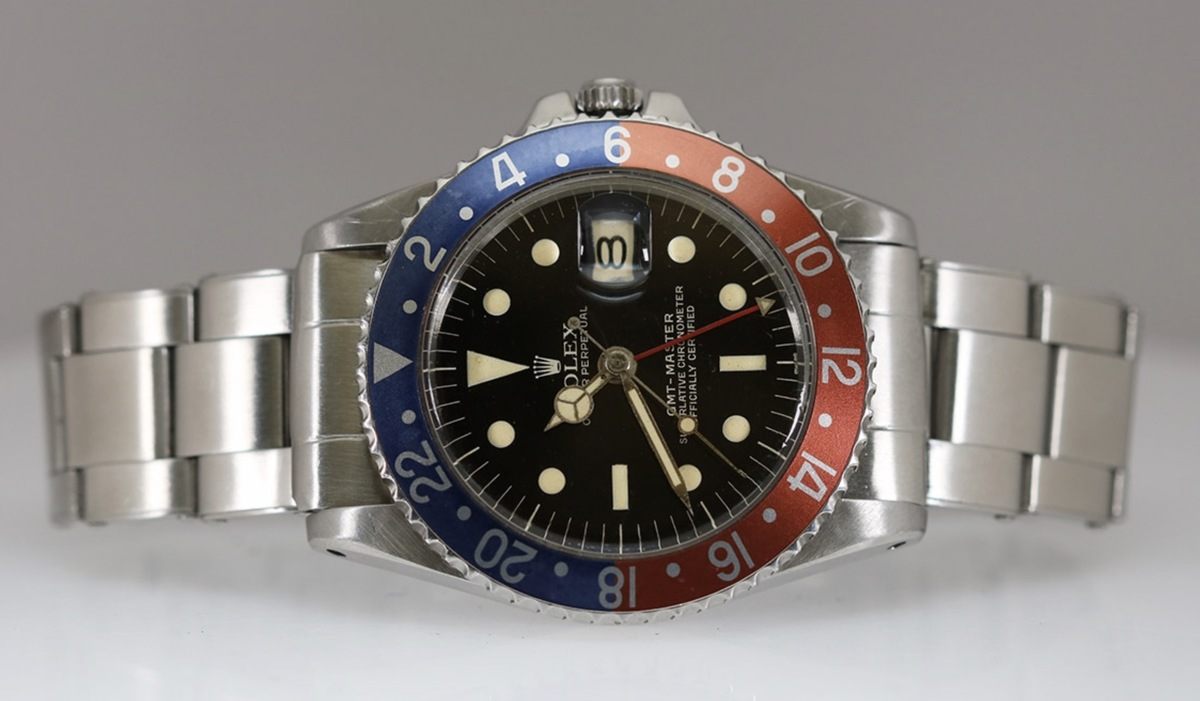 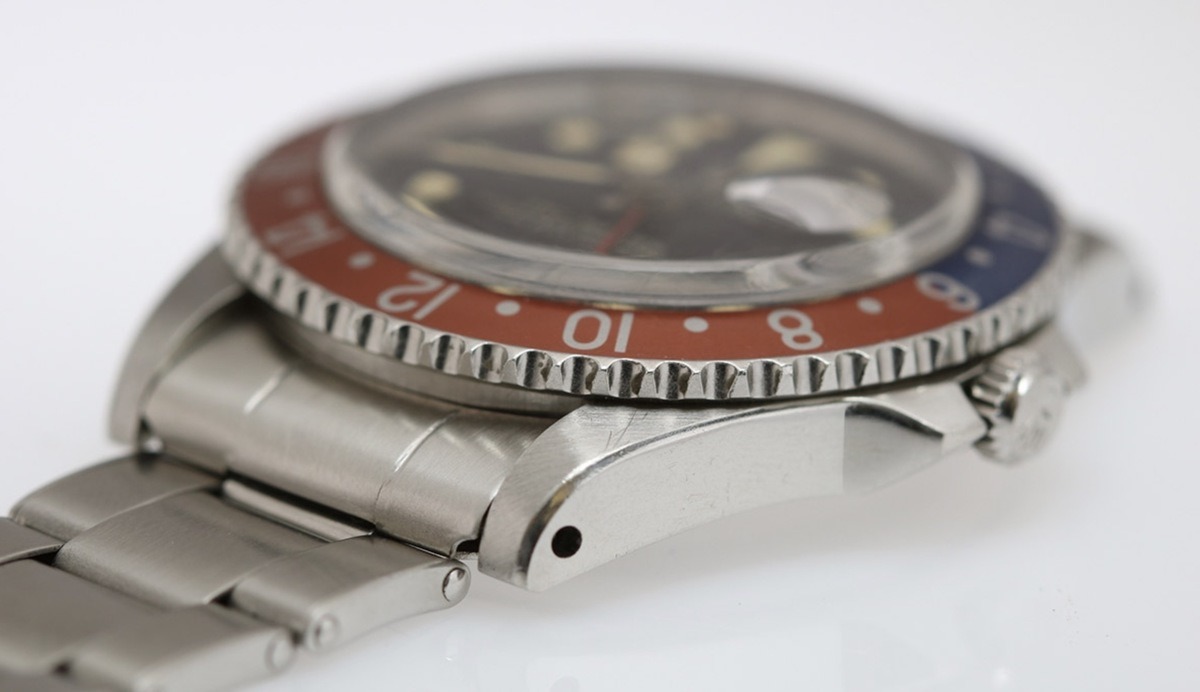 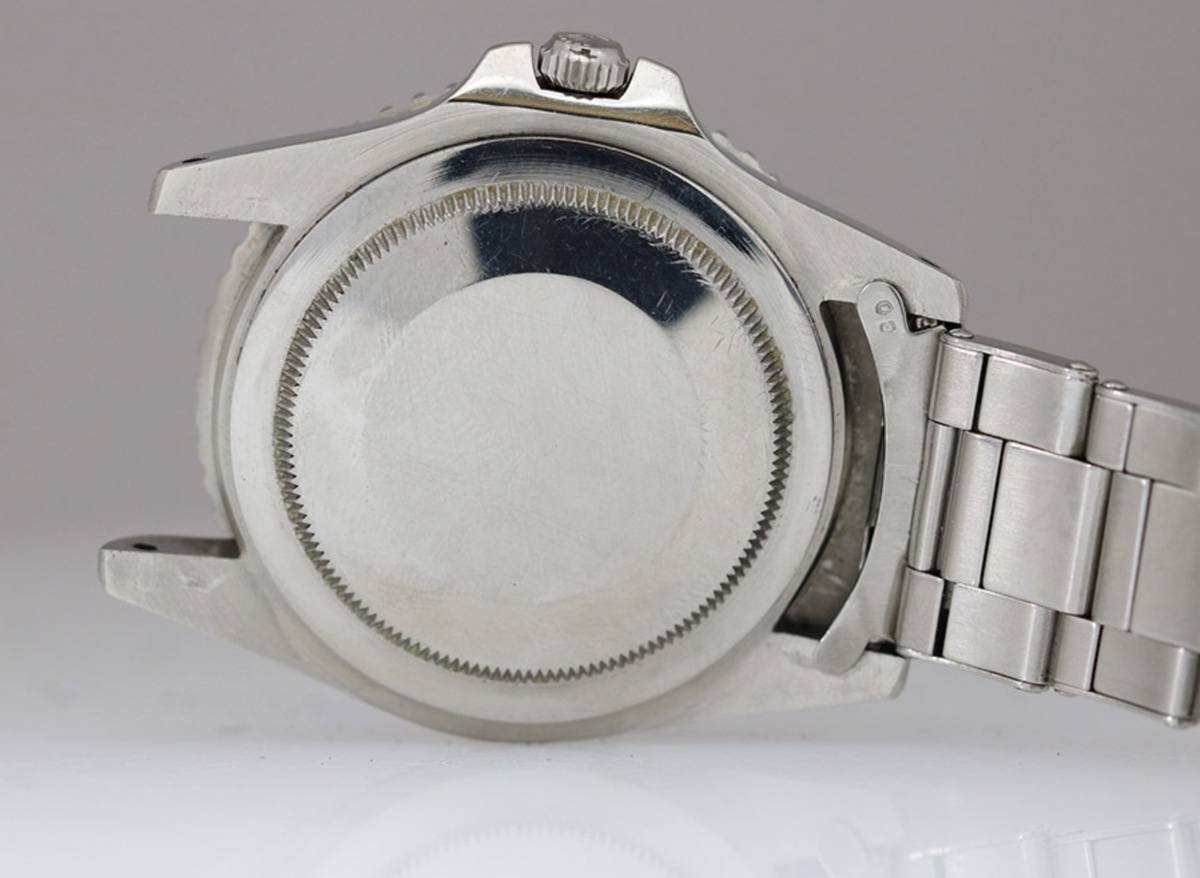 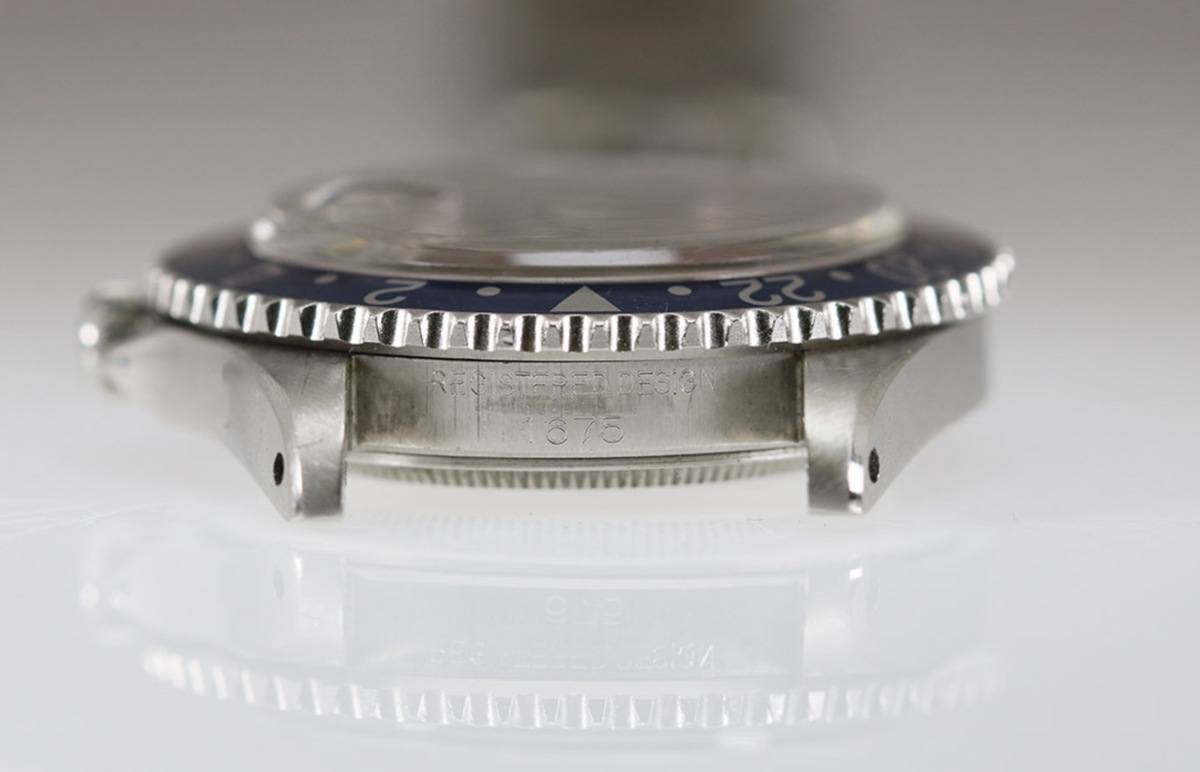 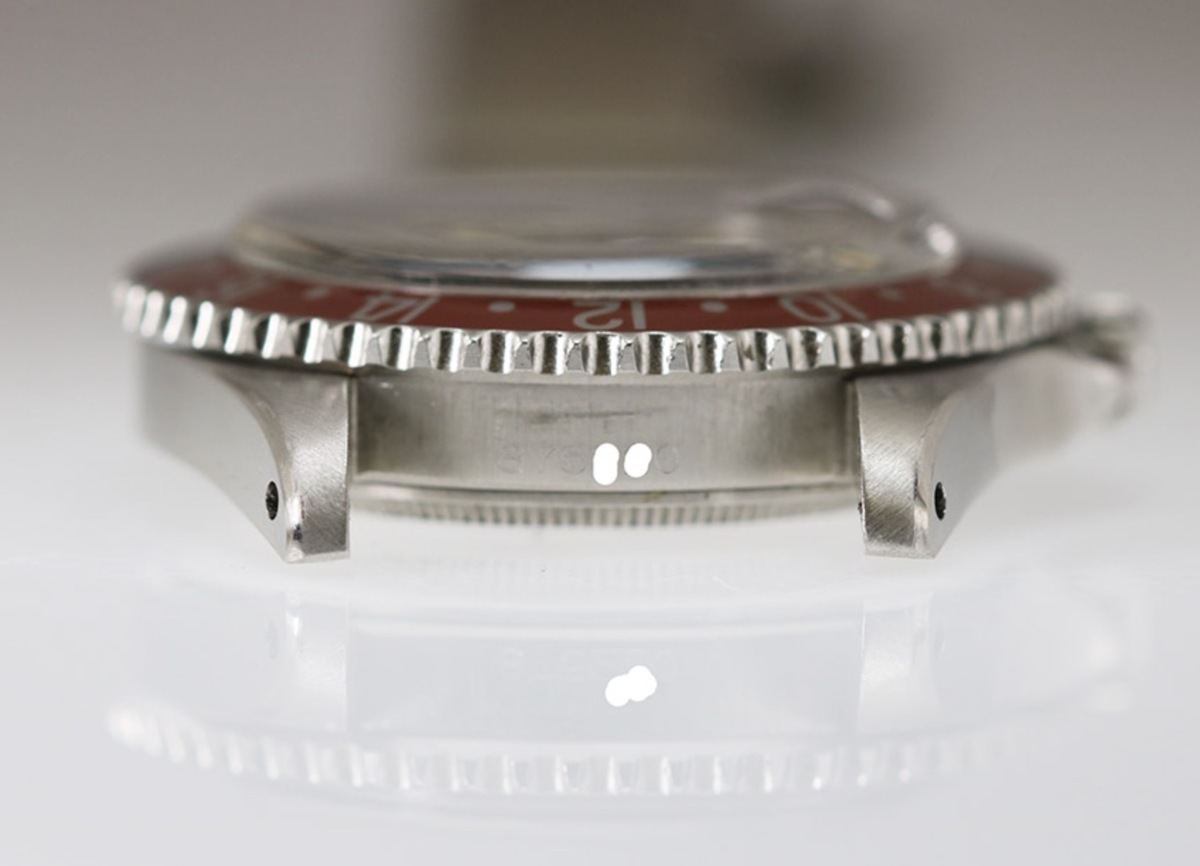 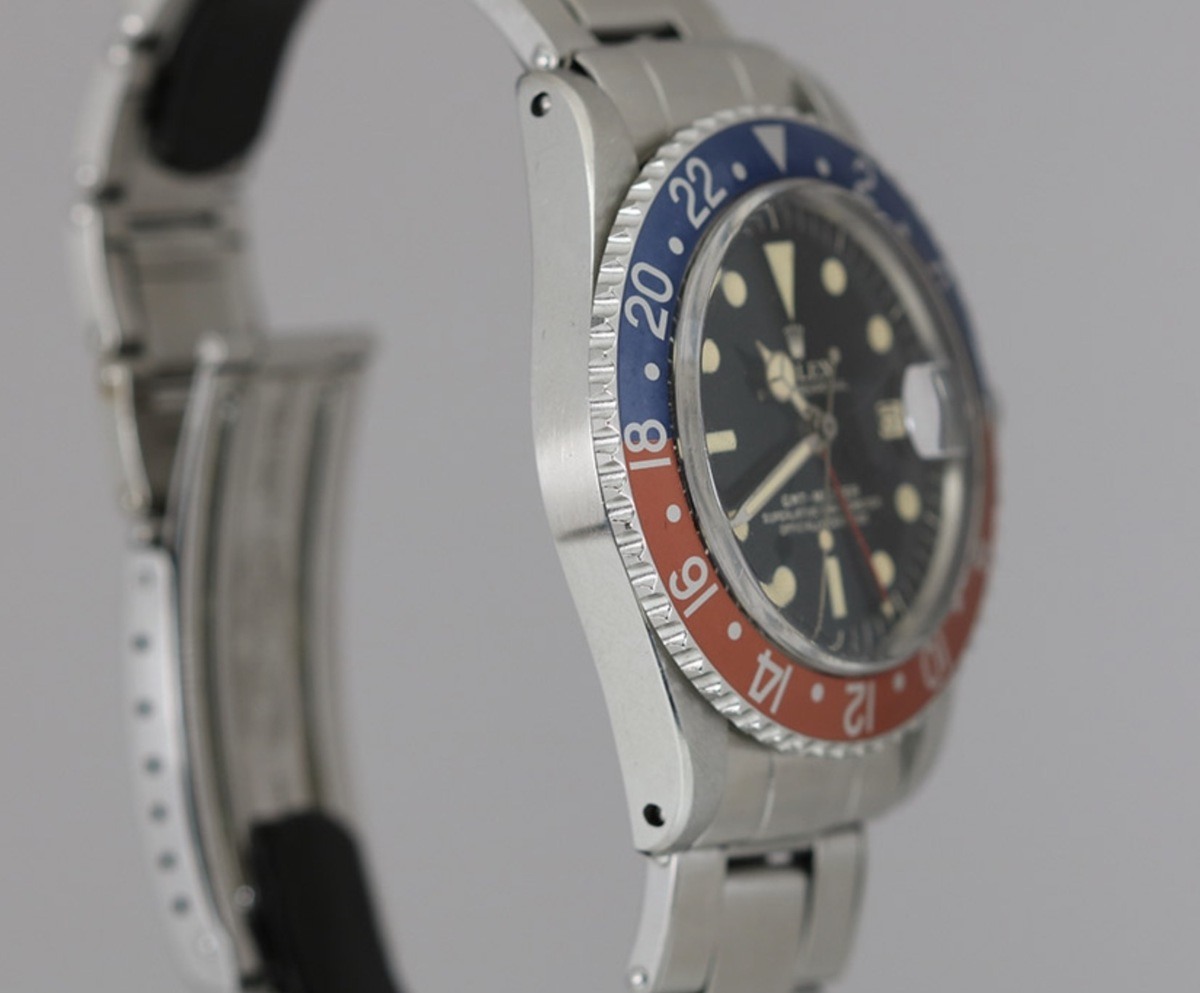 This is a beautiful Rolex GMT reference 1675. It is the 1963 model with the rare "Swiss" only gilt dial. The case has the pointy crown guards which are highly collectible. Comes with the box and papers.