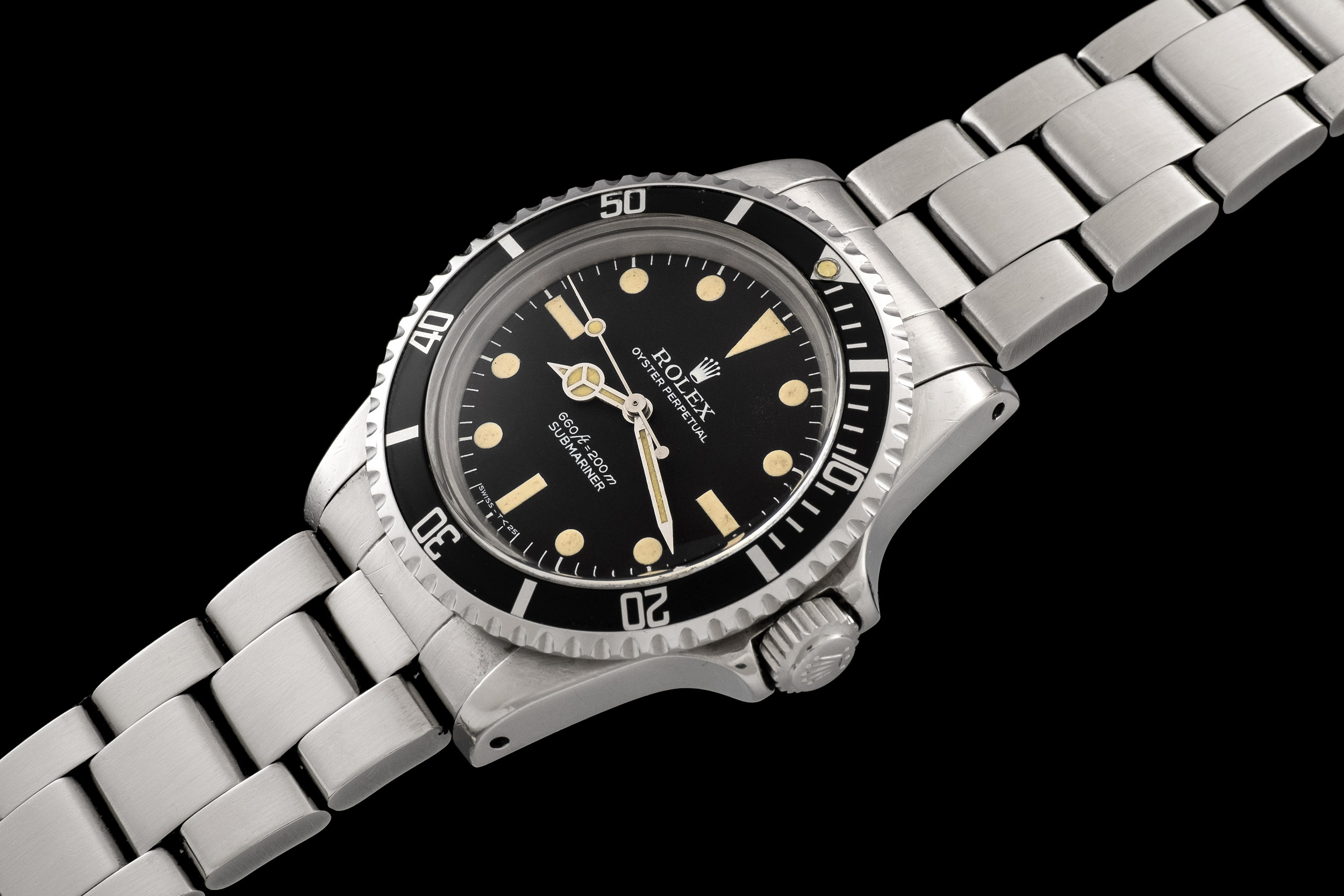 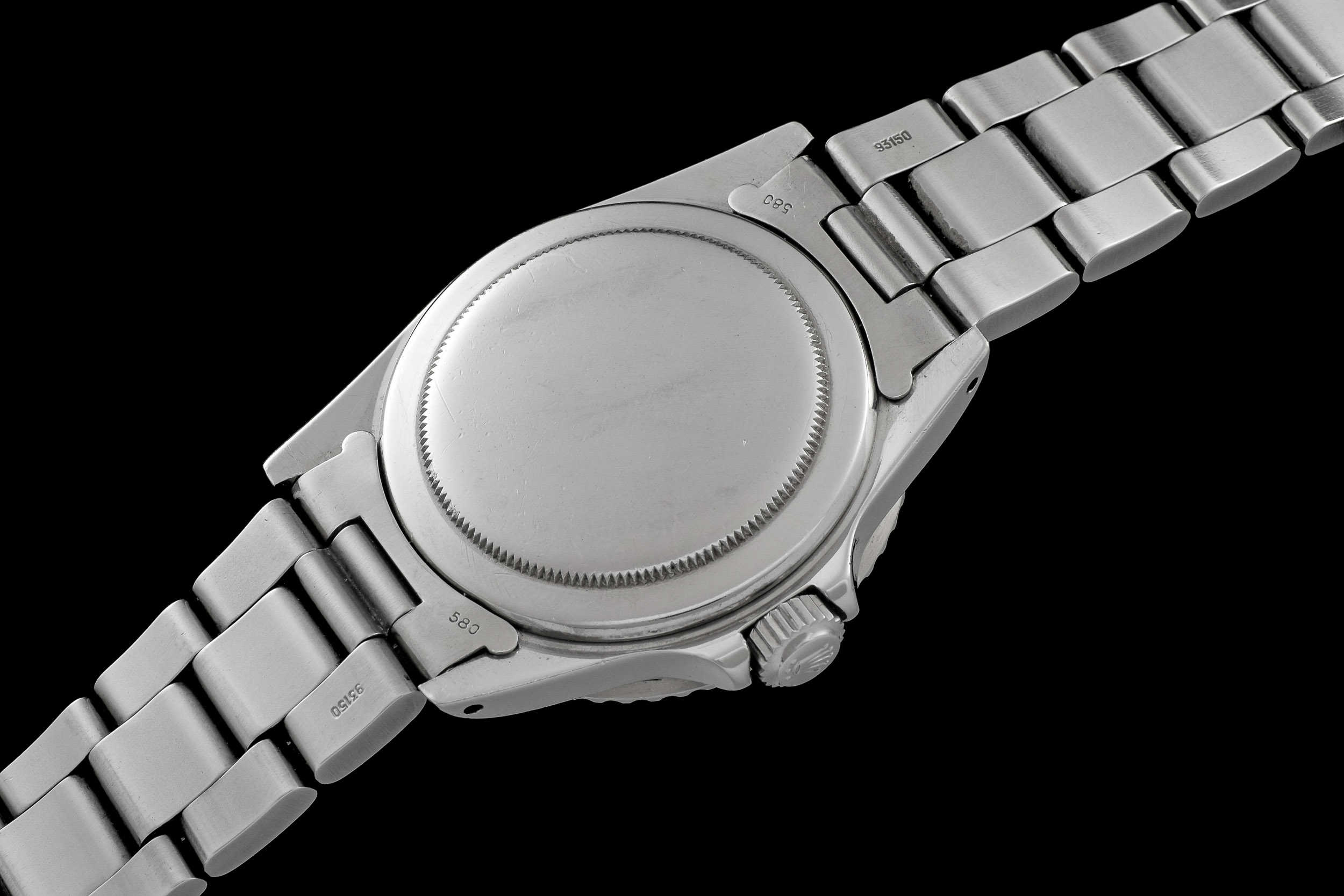 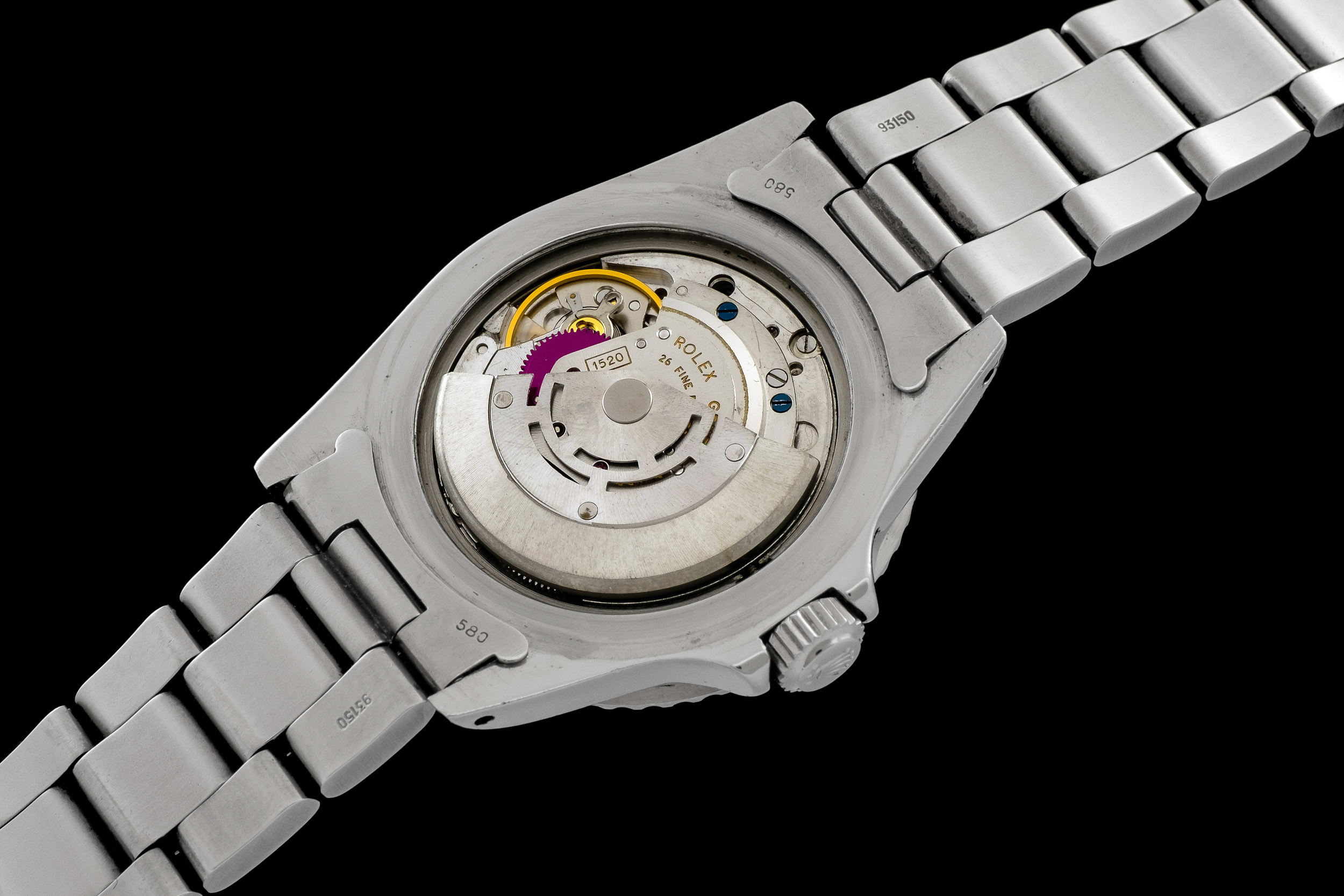 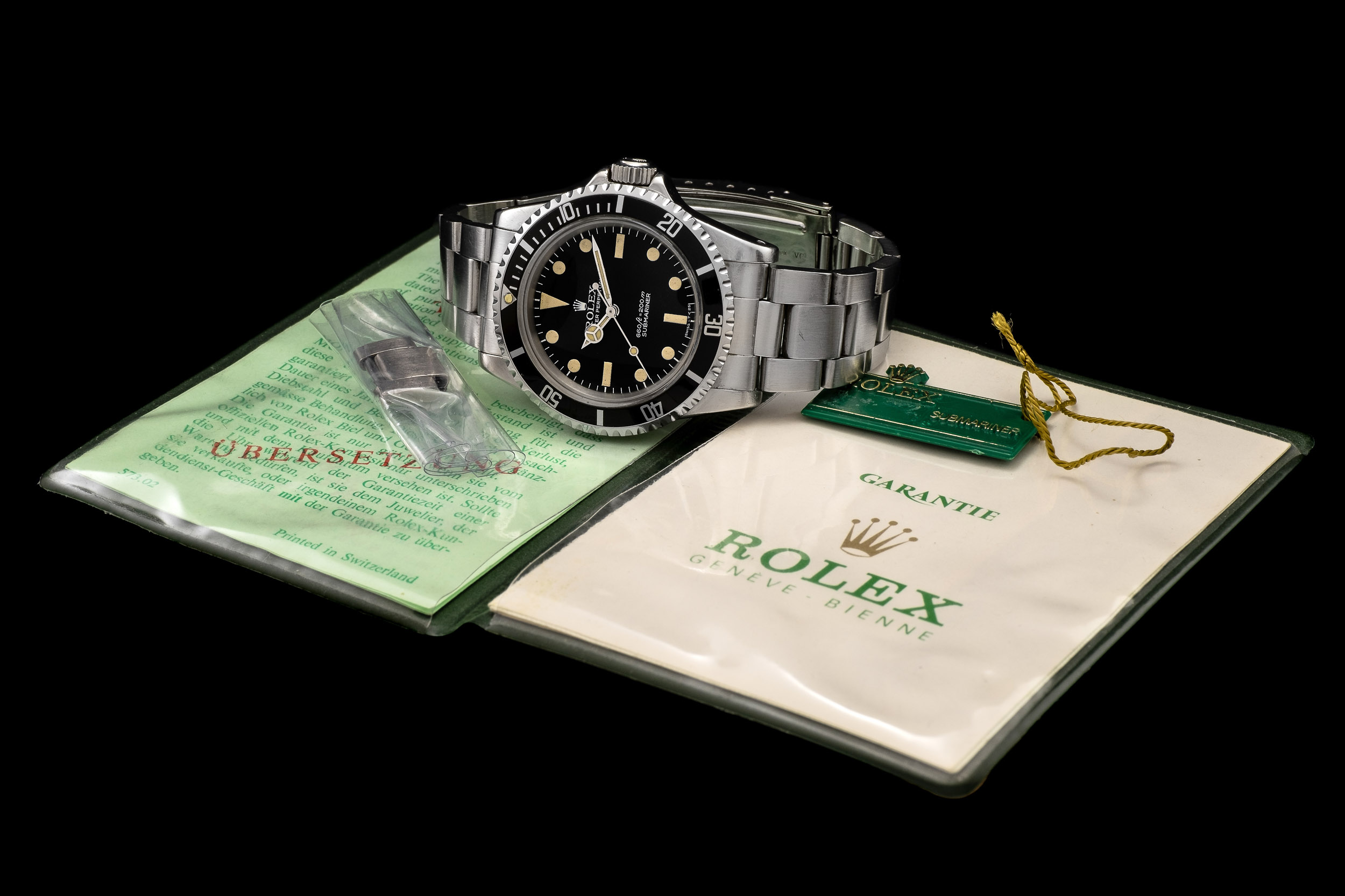 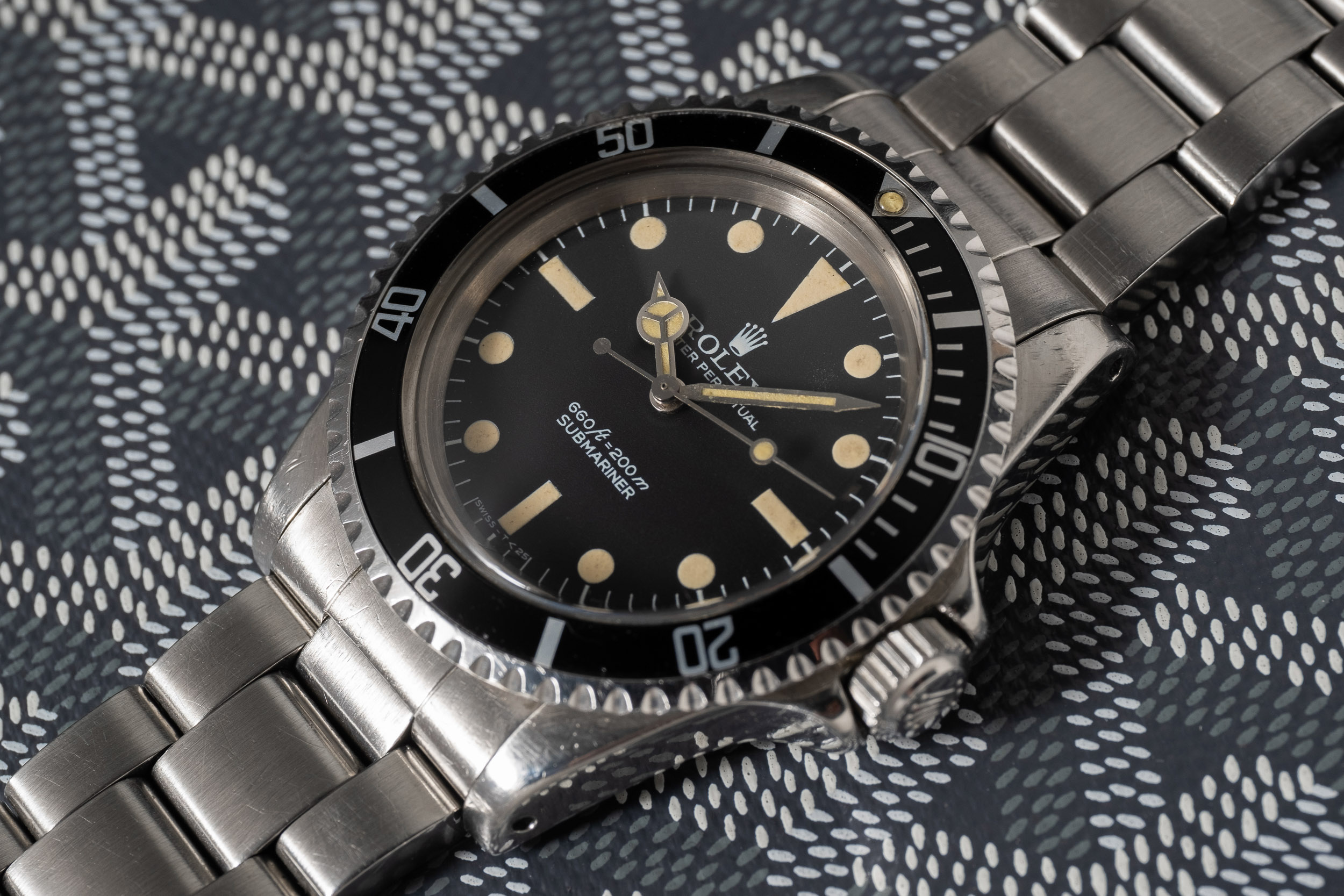 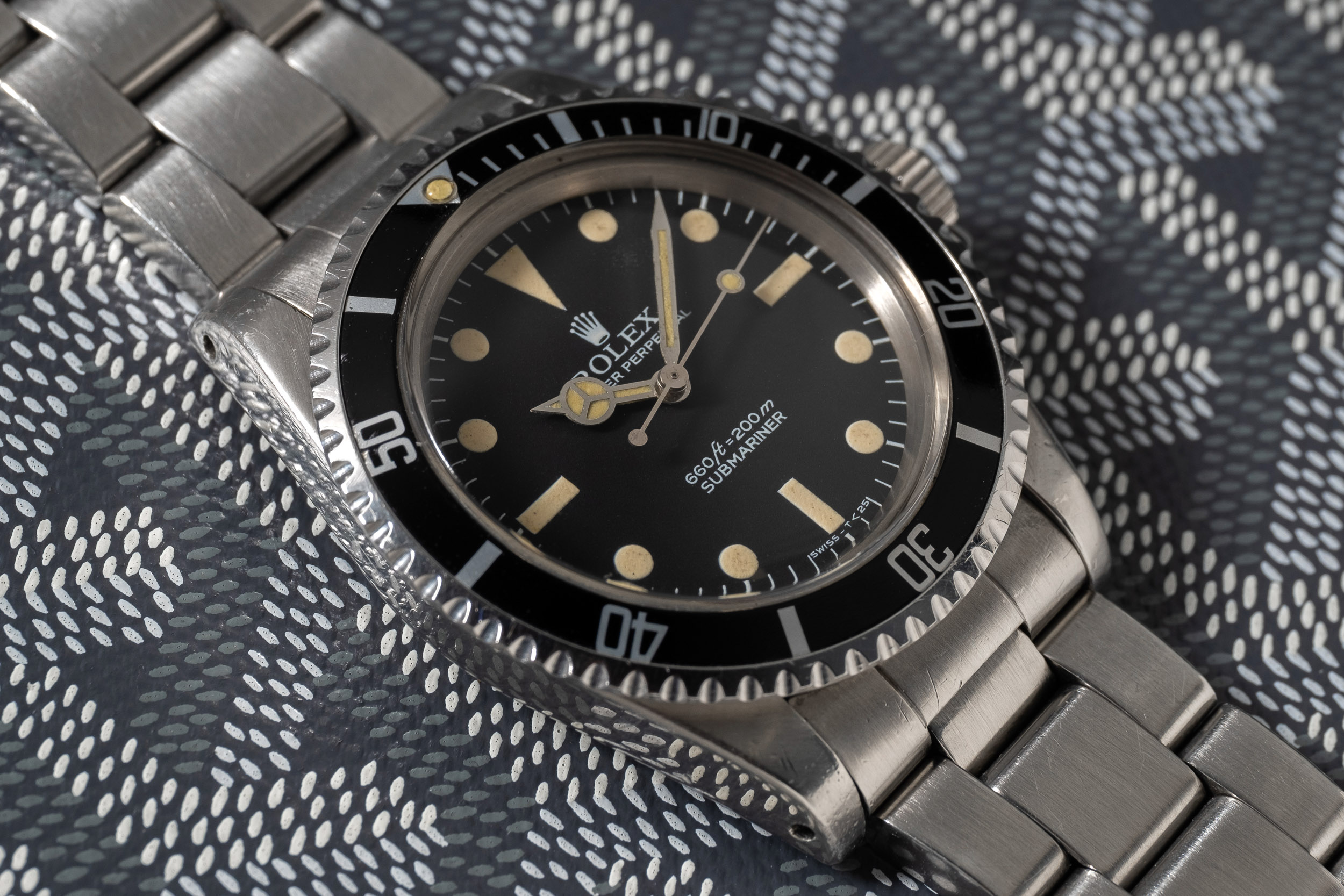 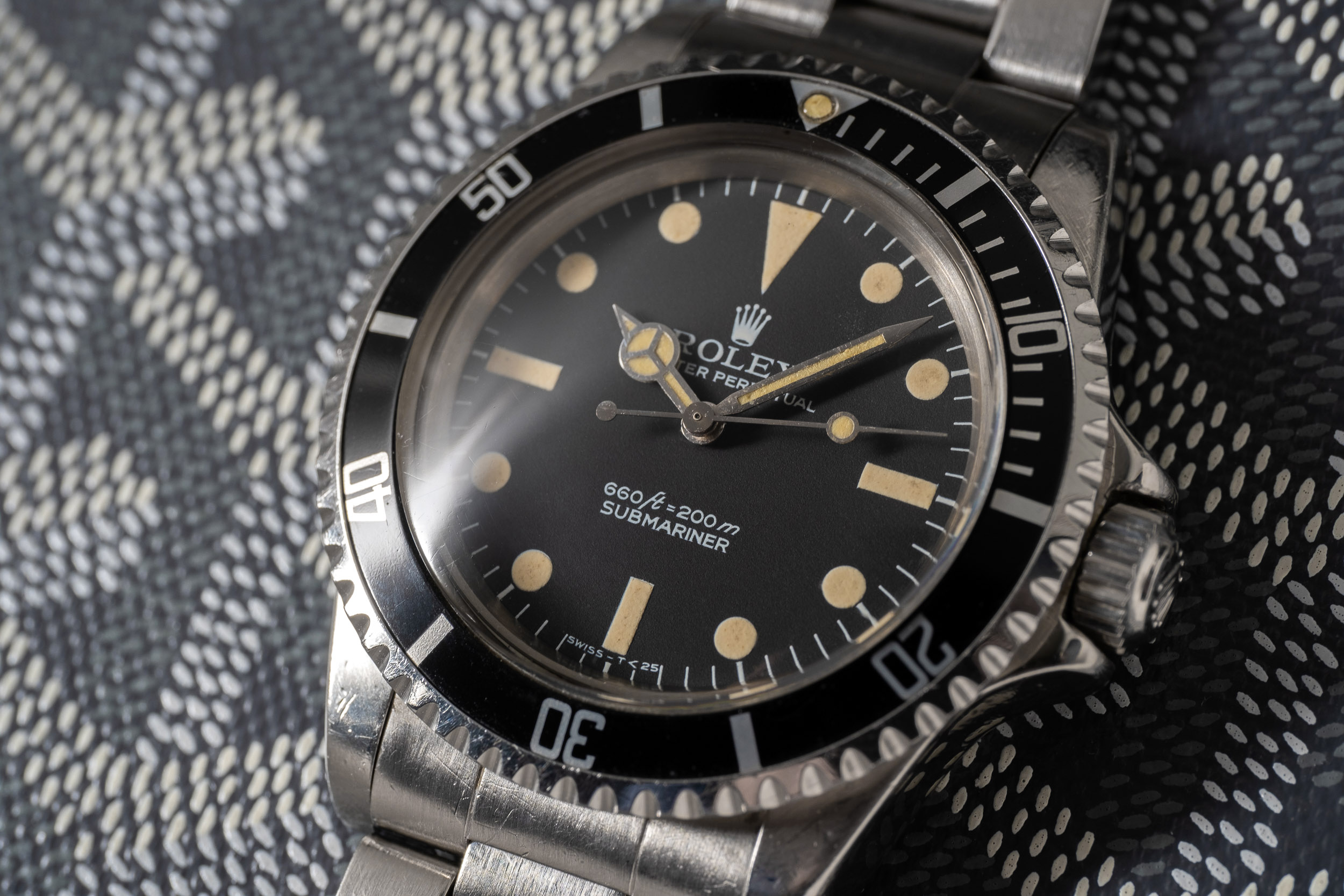 Launched in 1962 the Submariner ref. 5513 was in production until 1988. Along with its sibling reference 5512, it represents the first Submariner to be fitted with crown guards.

Its predecessors such as reference 5508 or 6536/1 featured a small crown, which Rolex deemed too delicate for a robust tool watch.

Initially produced with glossy lacquered dials for a short production span of approximately four years, Rolex started to introduce the matte dials from 1966.

The present specimen is particularly charming and it is preserved in pristine condition.

The amazing matte Pre-COMEX dial is just flawless and it is enhanced by the warm ivory tone of the indexes.

The case is untouched and it is still preserving its full proportions.

Accompanied by the original Rolex Guarantee.

The Rolex Submariner is without a doubt one of the most successful Rolex models in history. Not only because it more than aptly served its purpose as diver’s watch, although I am pretty sure only a small number of Submariners has ever seen a spat of water. Its appearance in several James Bond movies certainly helped as well. If you omit functionality and marketing, the Submariner success is mainly due to its elegance as a timeless dress watch. It’s just one of those watches you keep looking at, regardless of wanting to know the time of day. The Submariner was launched in 1953 and officially presented at the Basel Fair in 1954. Check out my RPReport about the Rolex Submariner History by following this link...