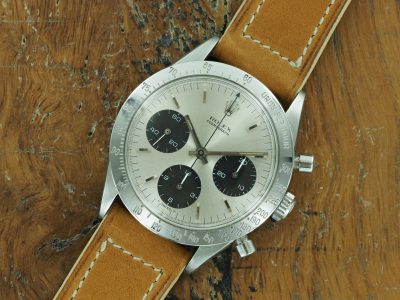 Dare being different and wear the true Rolex Daytona that was on the wrist of most car racers in the sixties.