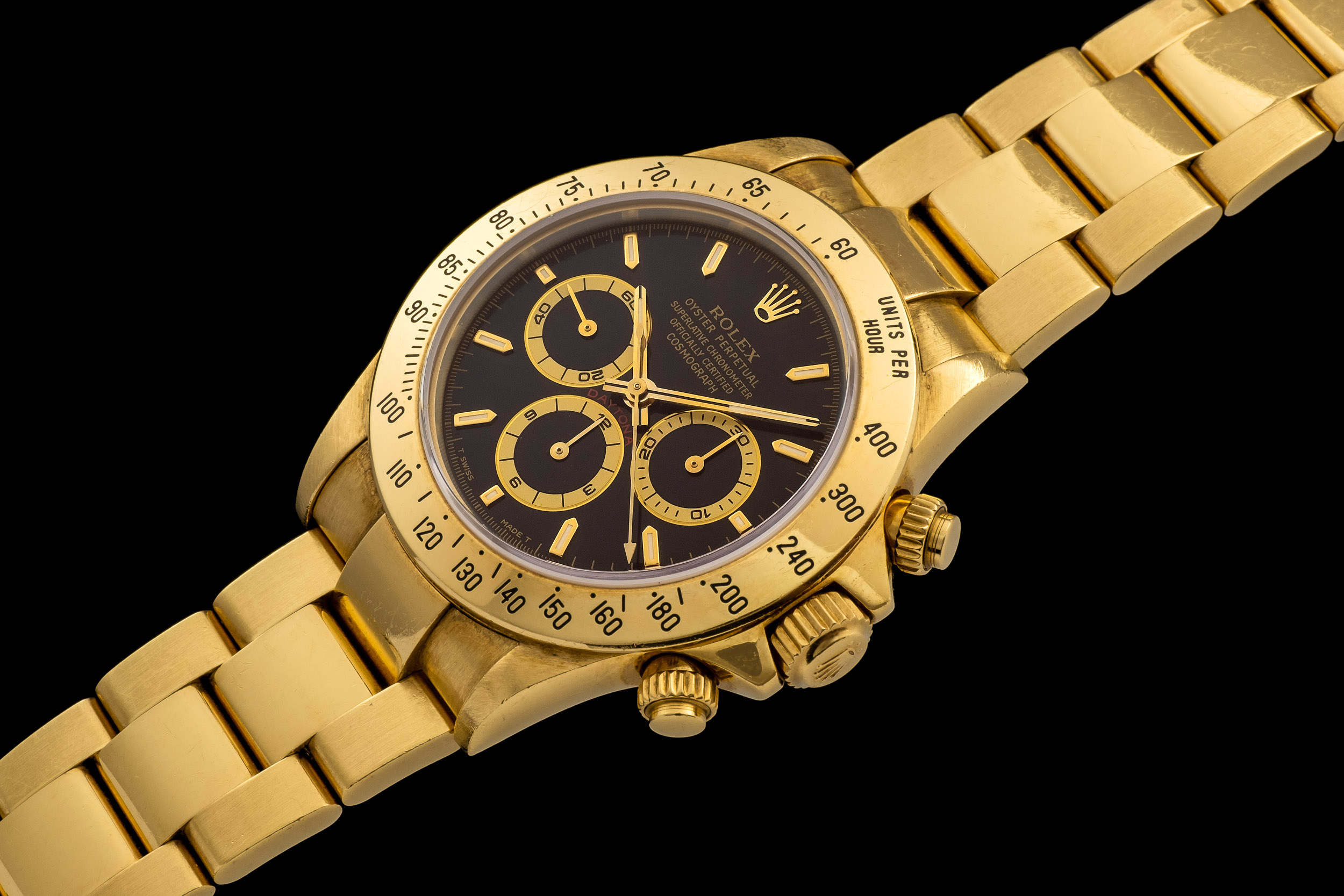 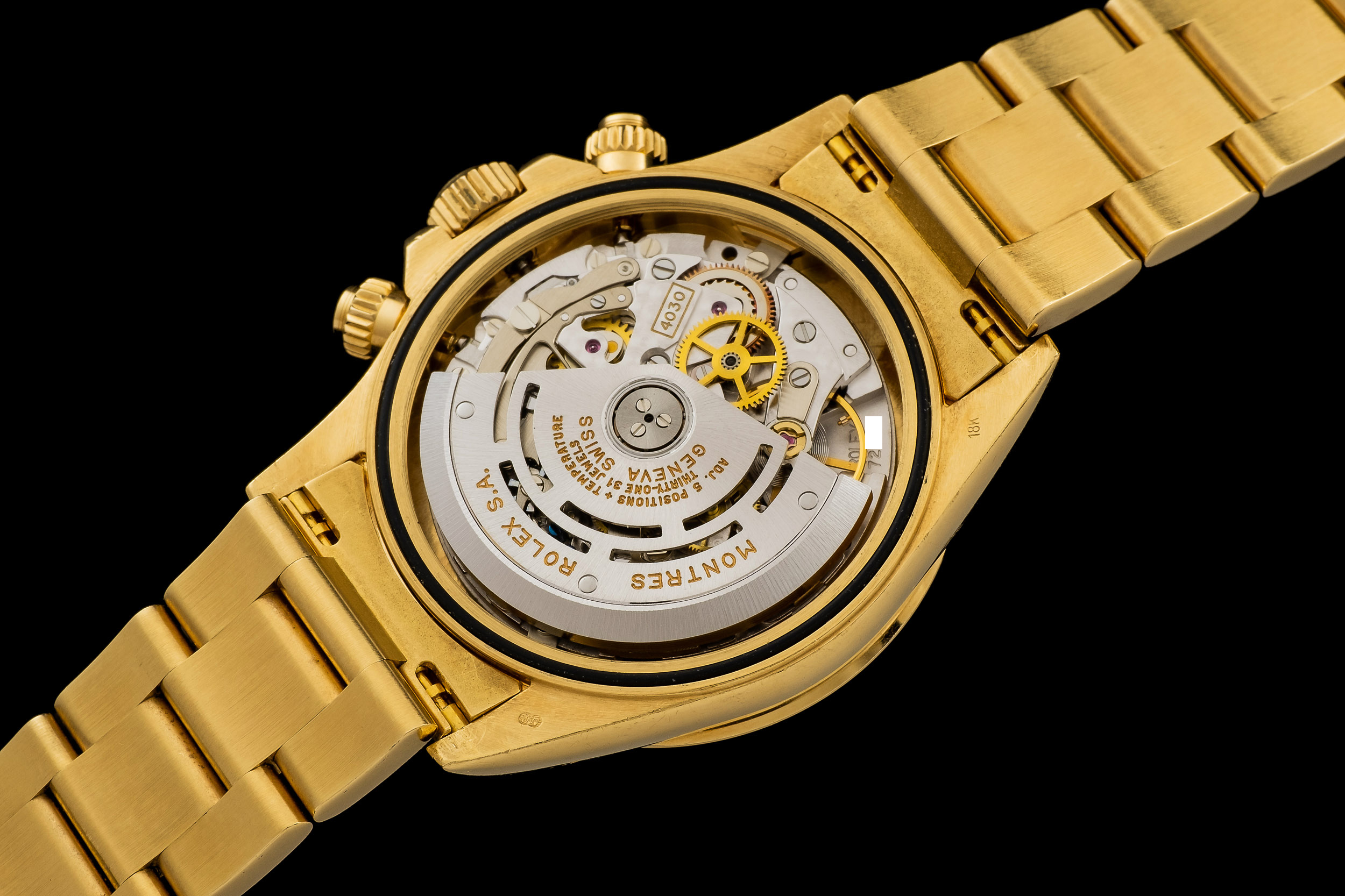 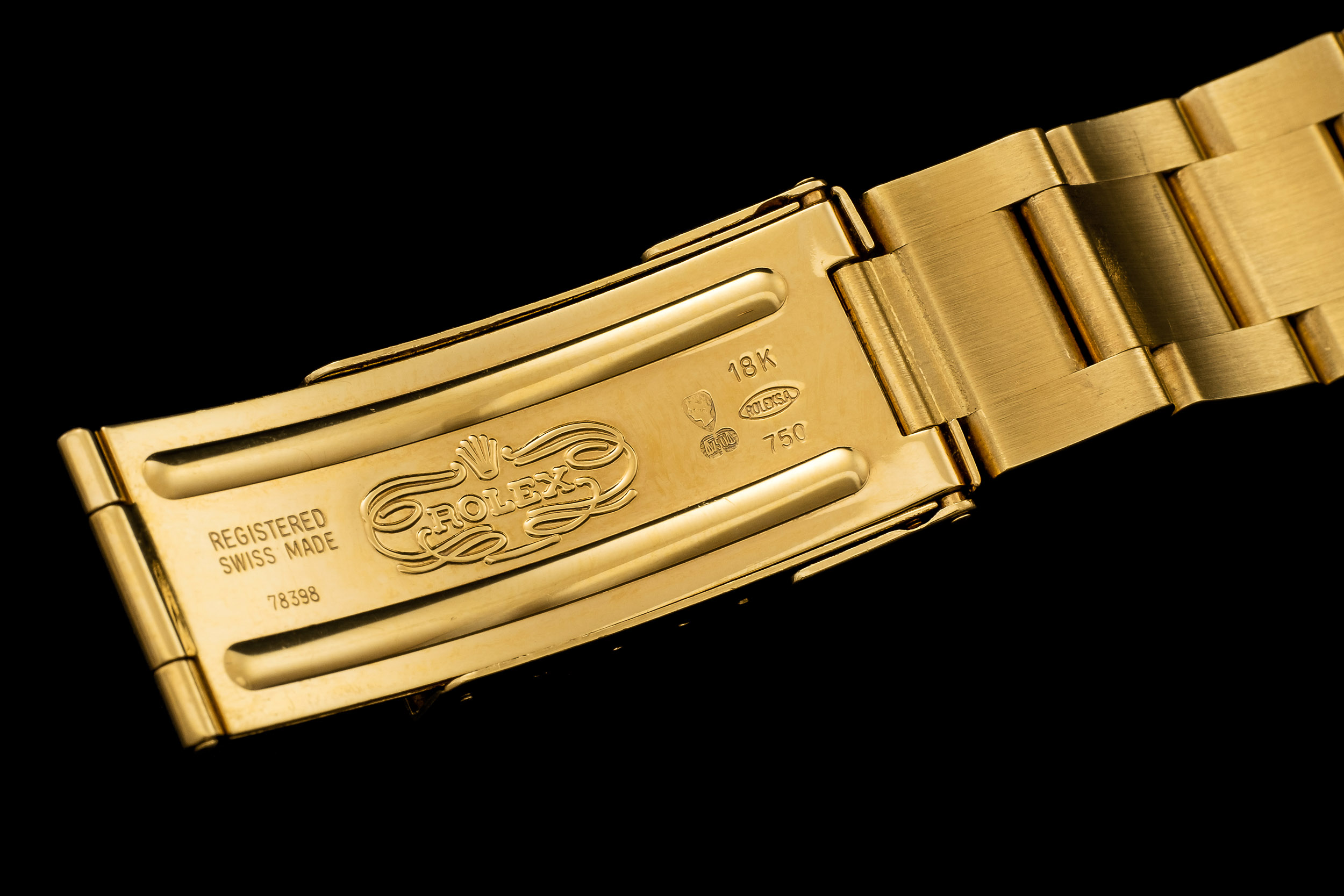 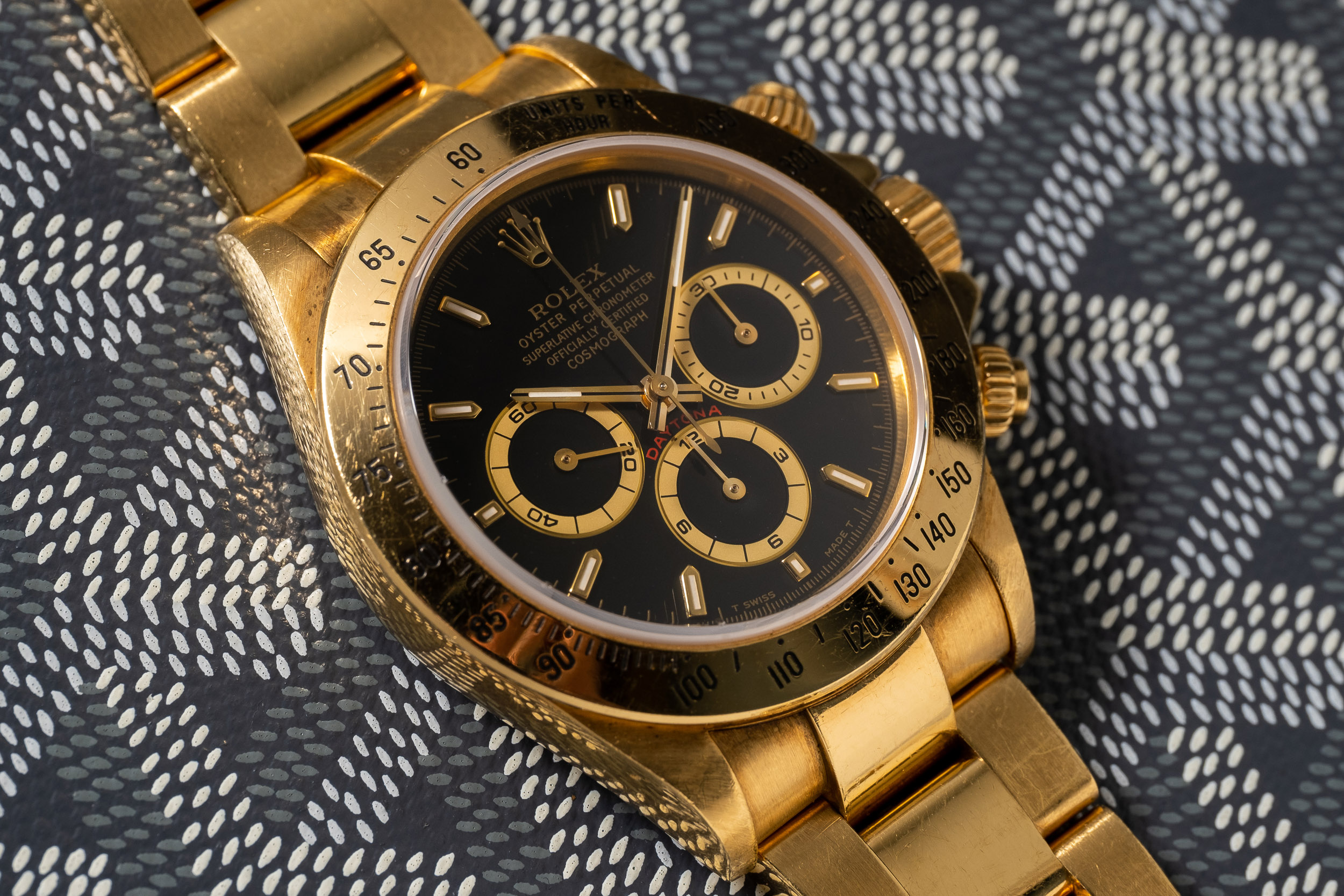 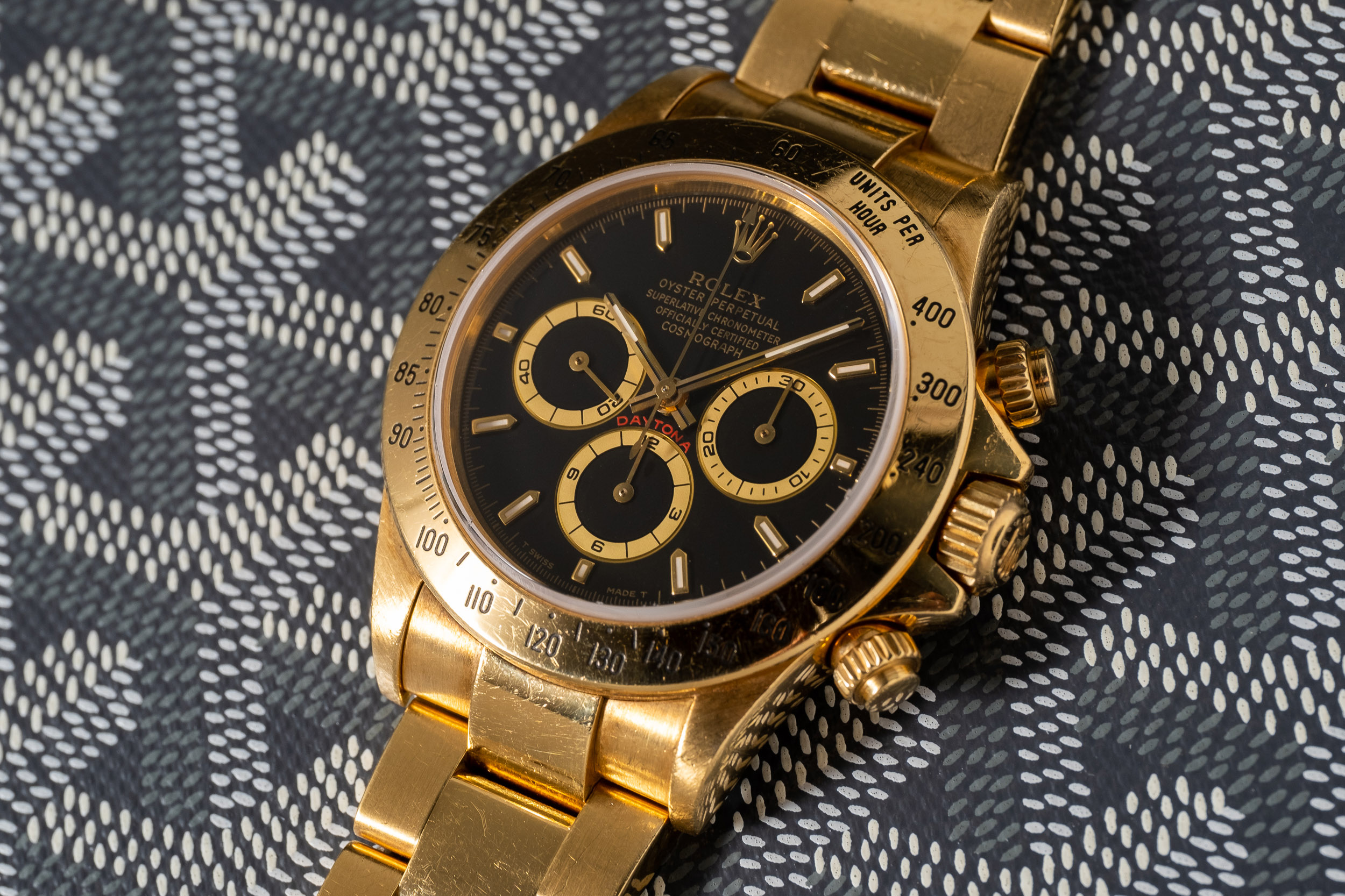 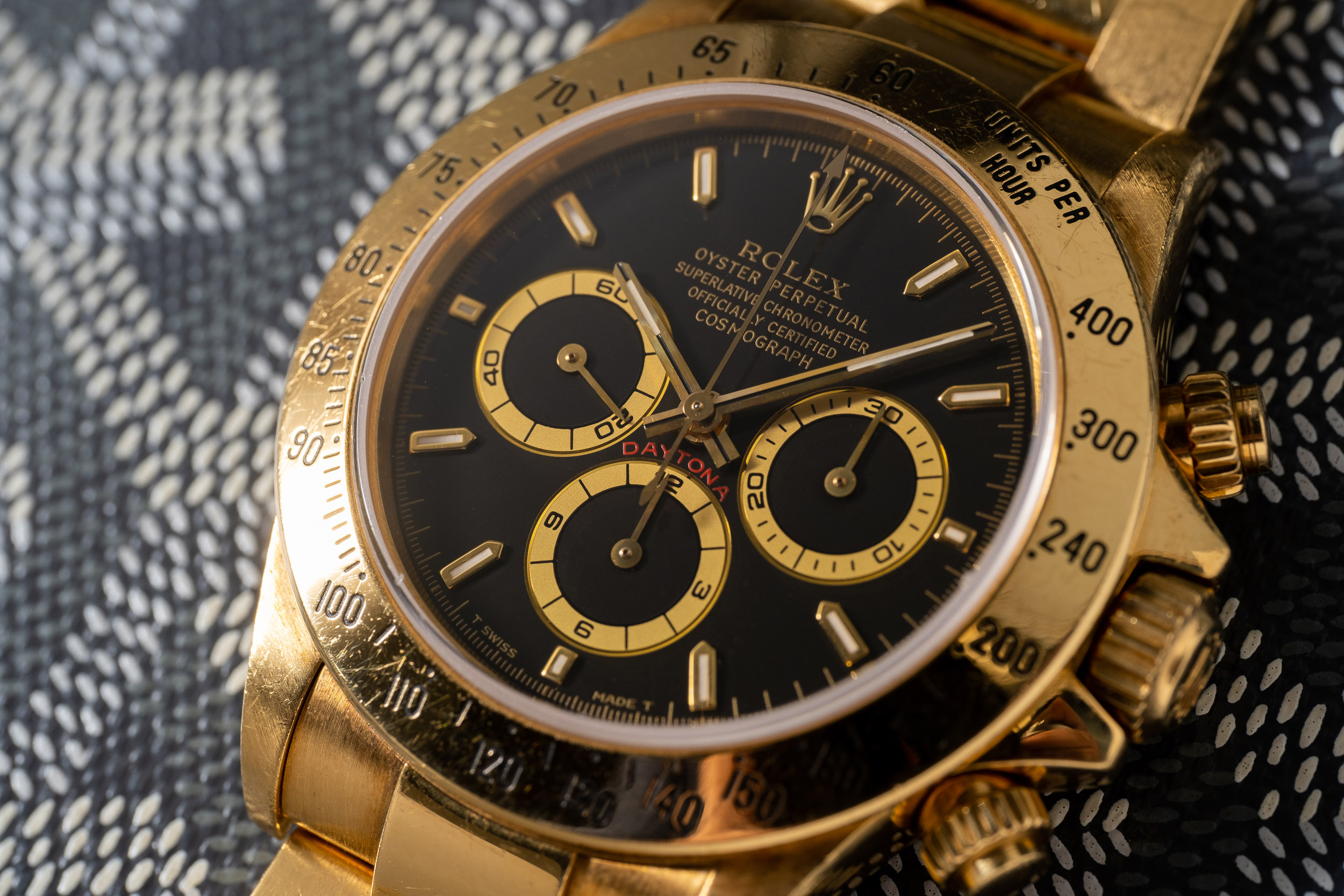 For the Daytona's 25th anniversary, Rolex surprised the public at the 1988 Basel fair by introducing the first self winding chronograph model in its history.

The newly launched reference 16520 was powered by a derivative of Zenith's El Primero calibre, substantially modified by Rolex.

It was the very first Daytona to be equipped with a sapphire crystal and a new larger diameter of 39mm.

The launch of this “New” reference generated an immediate success and elevated the Daytona to its current mythical status.

The present specimen is preserved in wonderfull overall condition.

The applied gold indexes and the golden outline of the subsidiary registers create a perfect balance with the background of the dial and the gold case.

The 18k yellow gold case is preserved in great condition and it features the  screw-down chronograph buttons and the bezel calibrated for 400 units.

Accompanied by the Rolex Service paper.