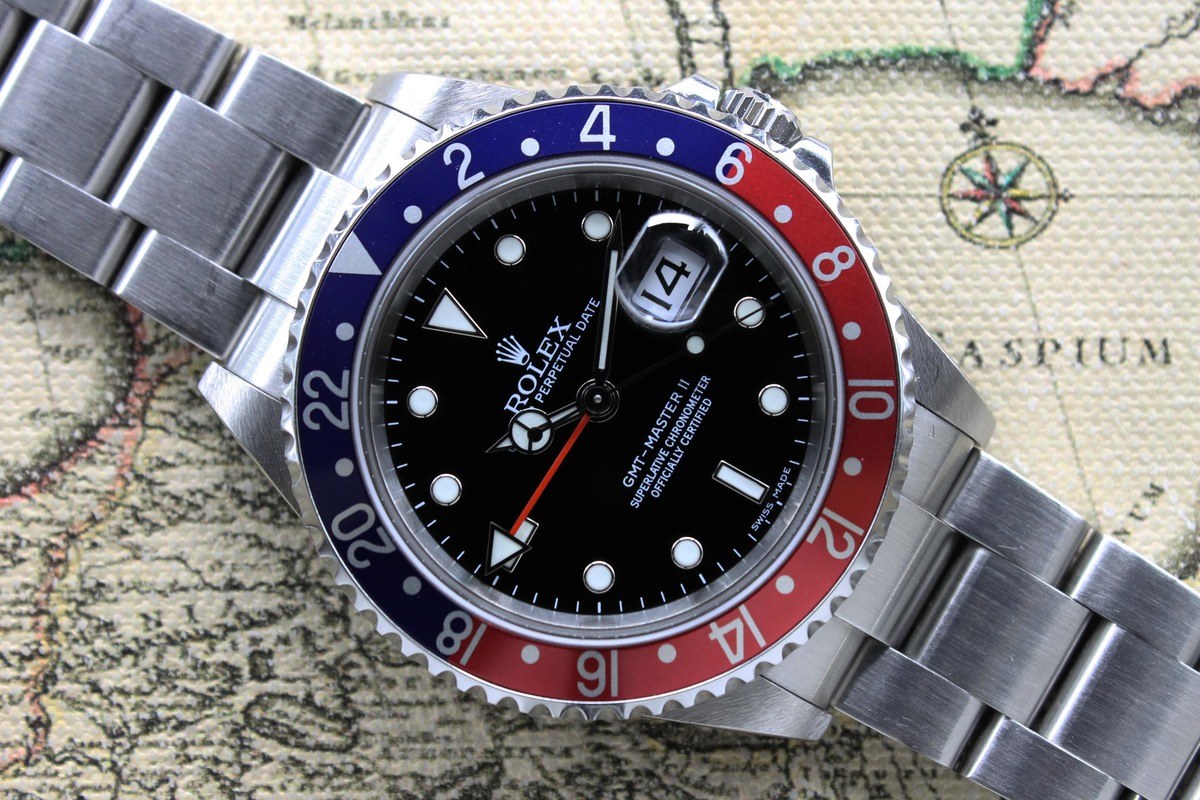 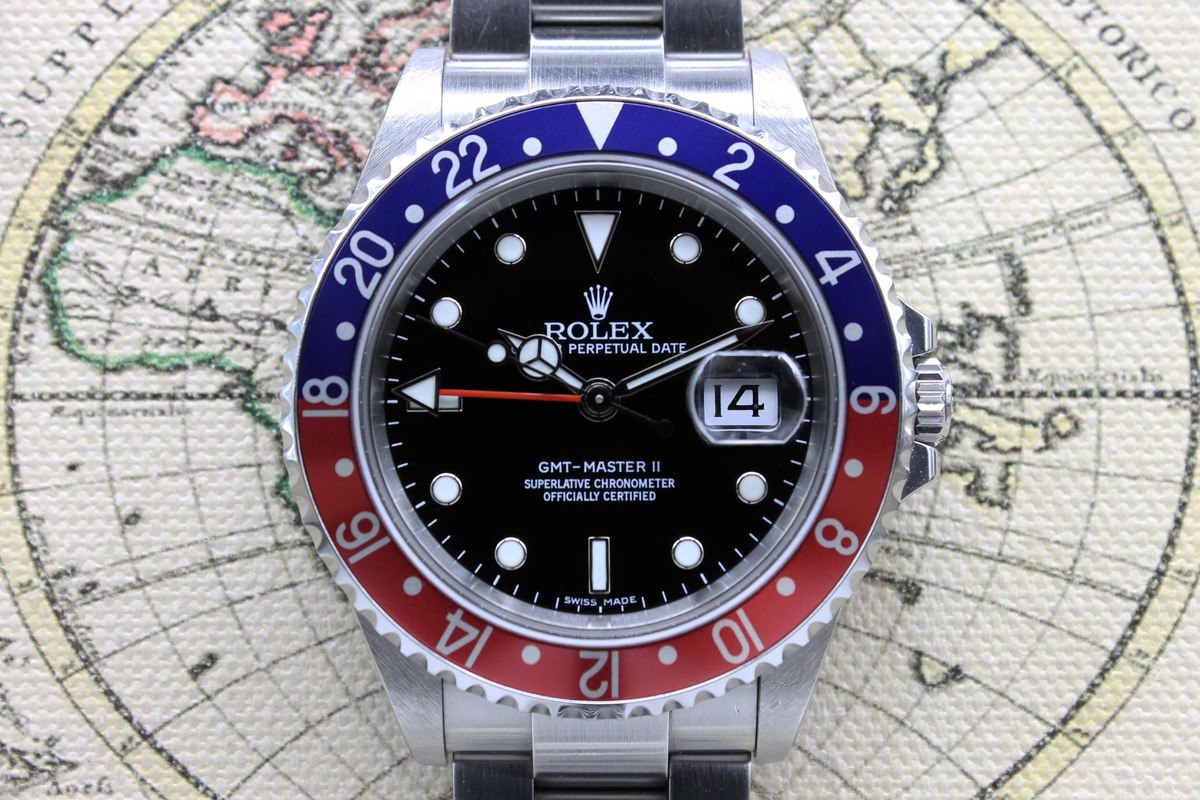 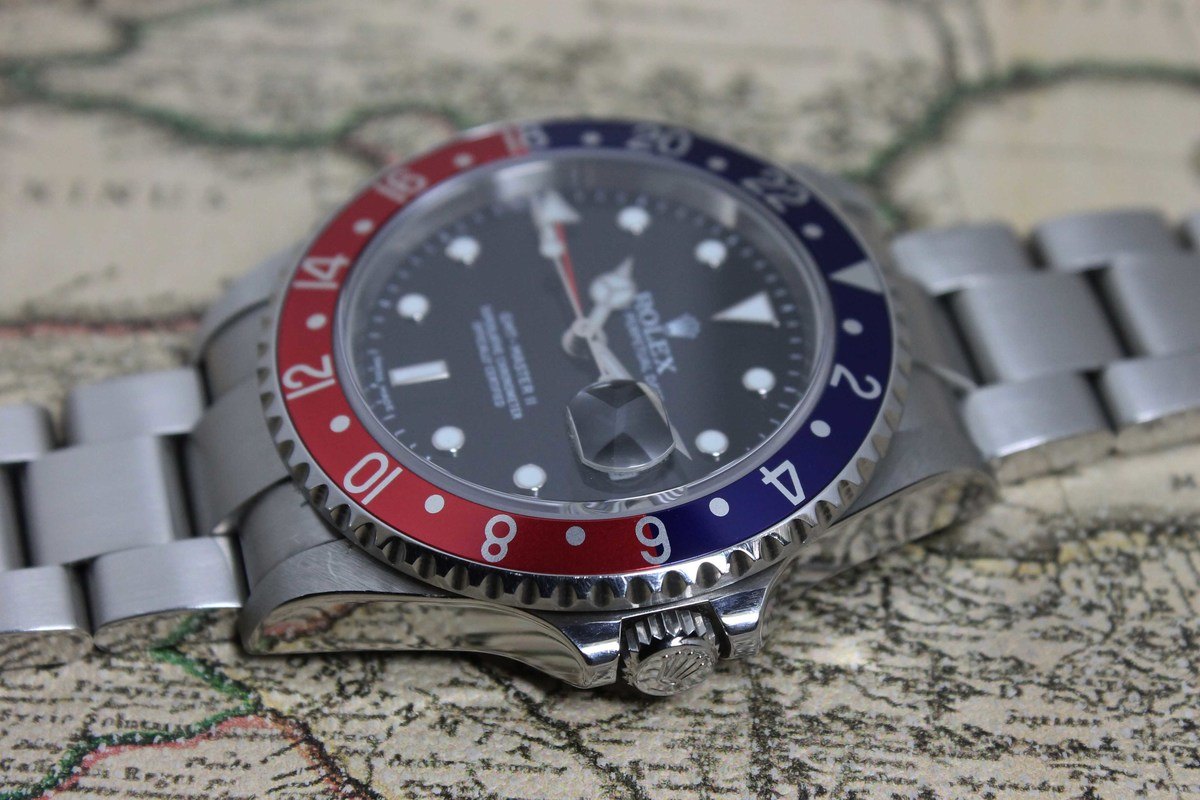 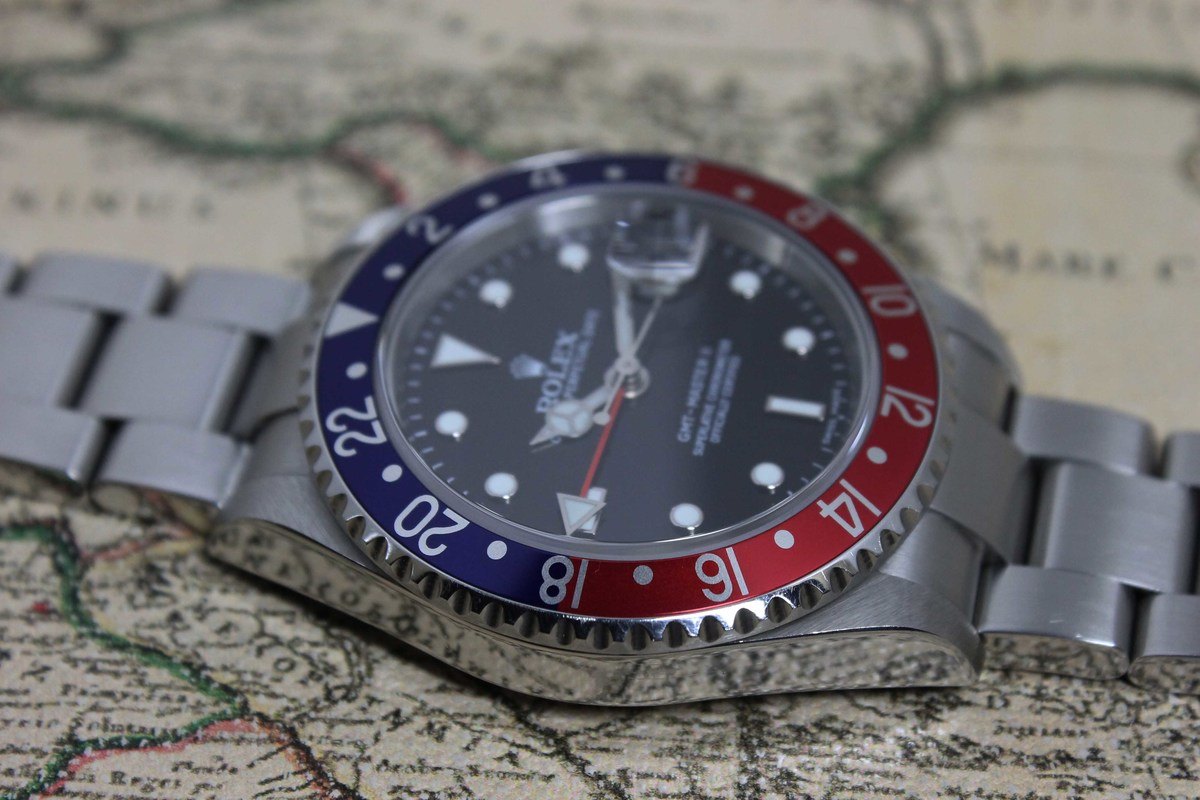 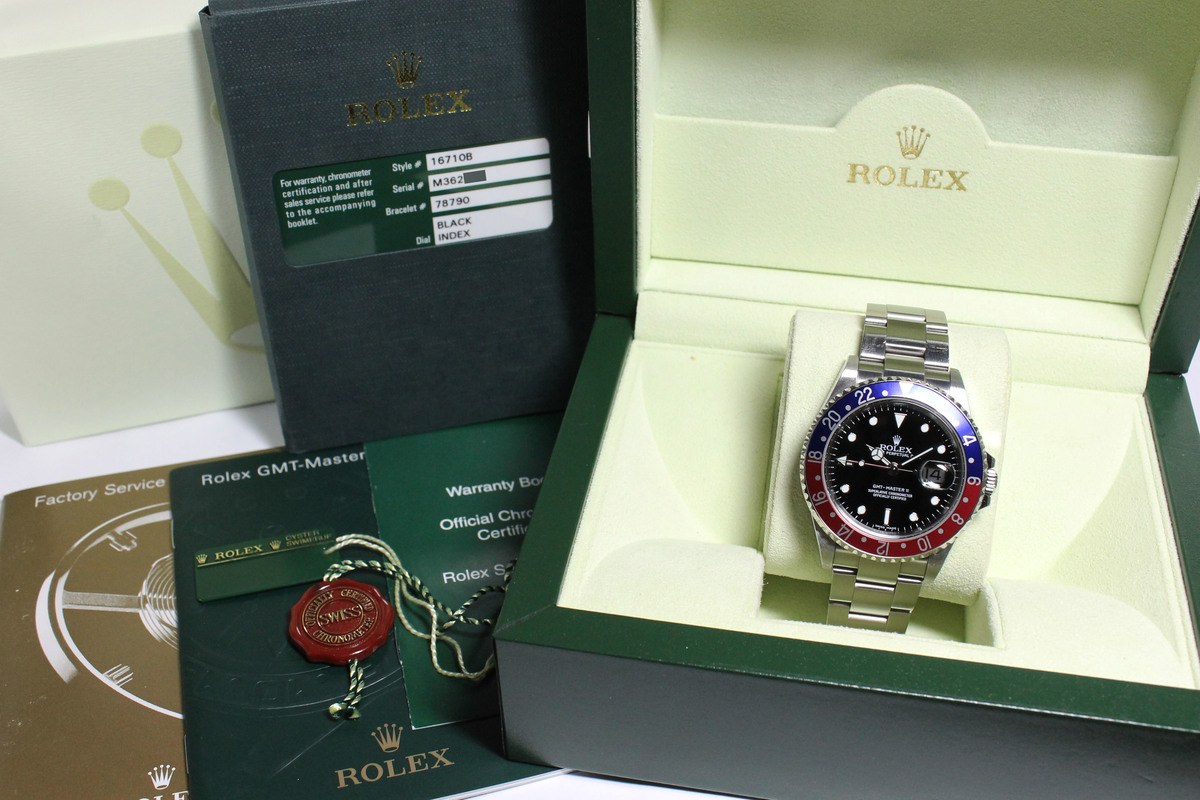 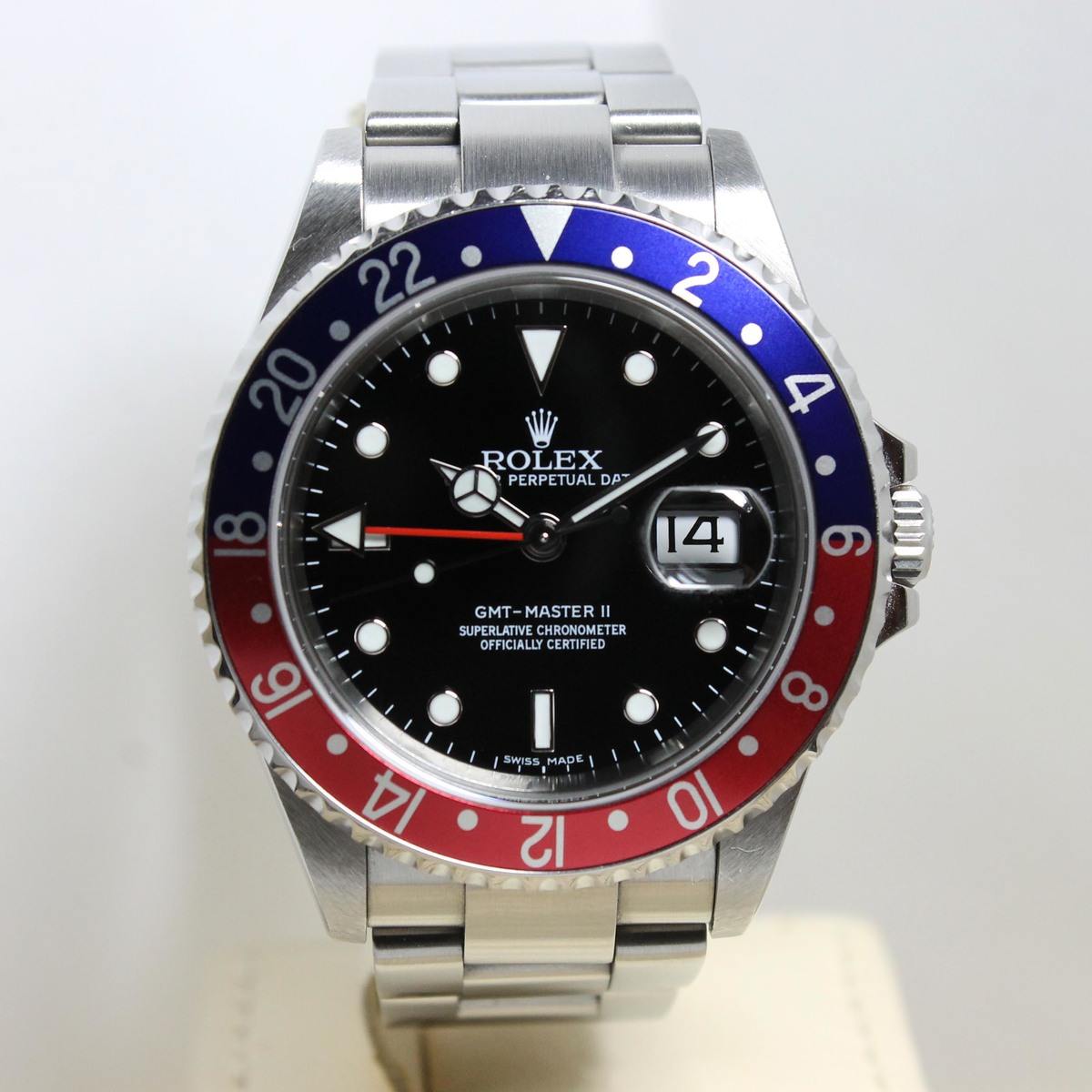 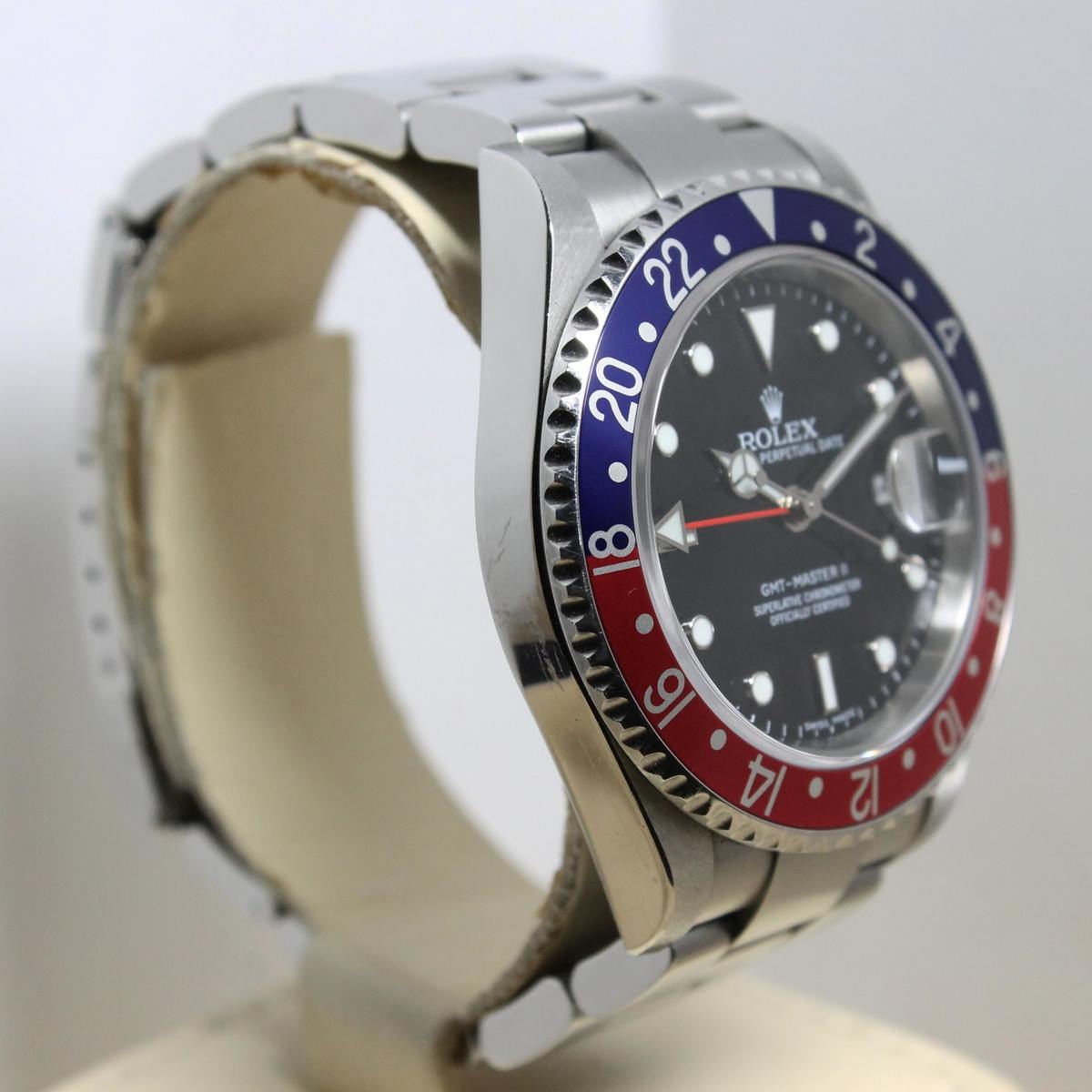 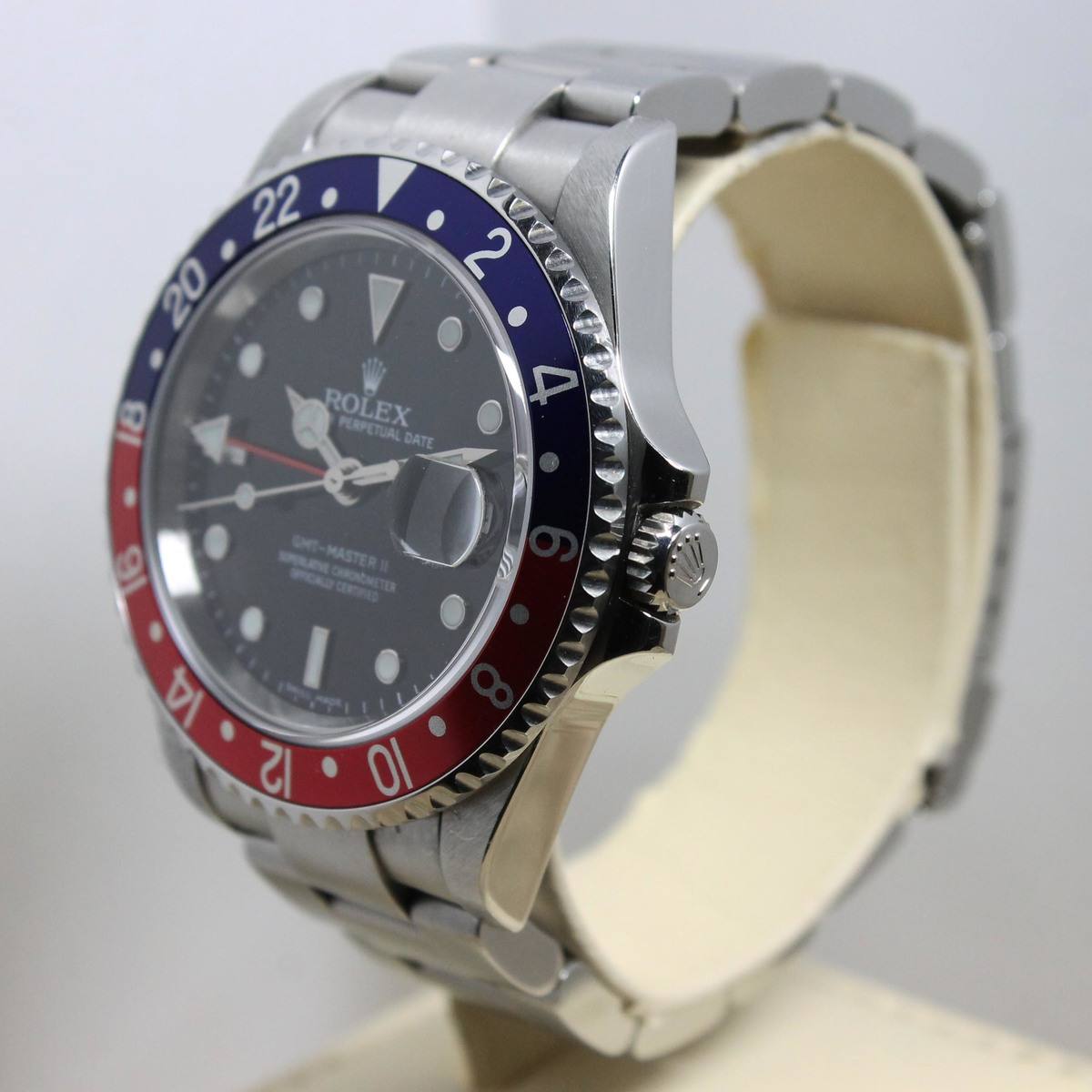 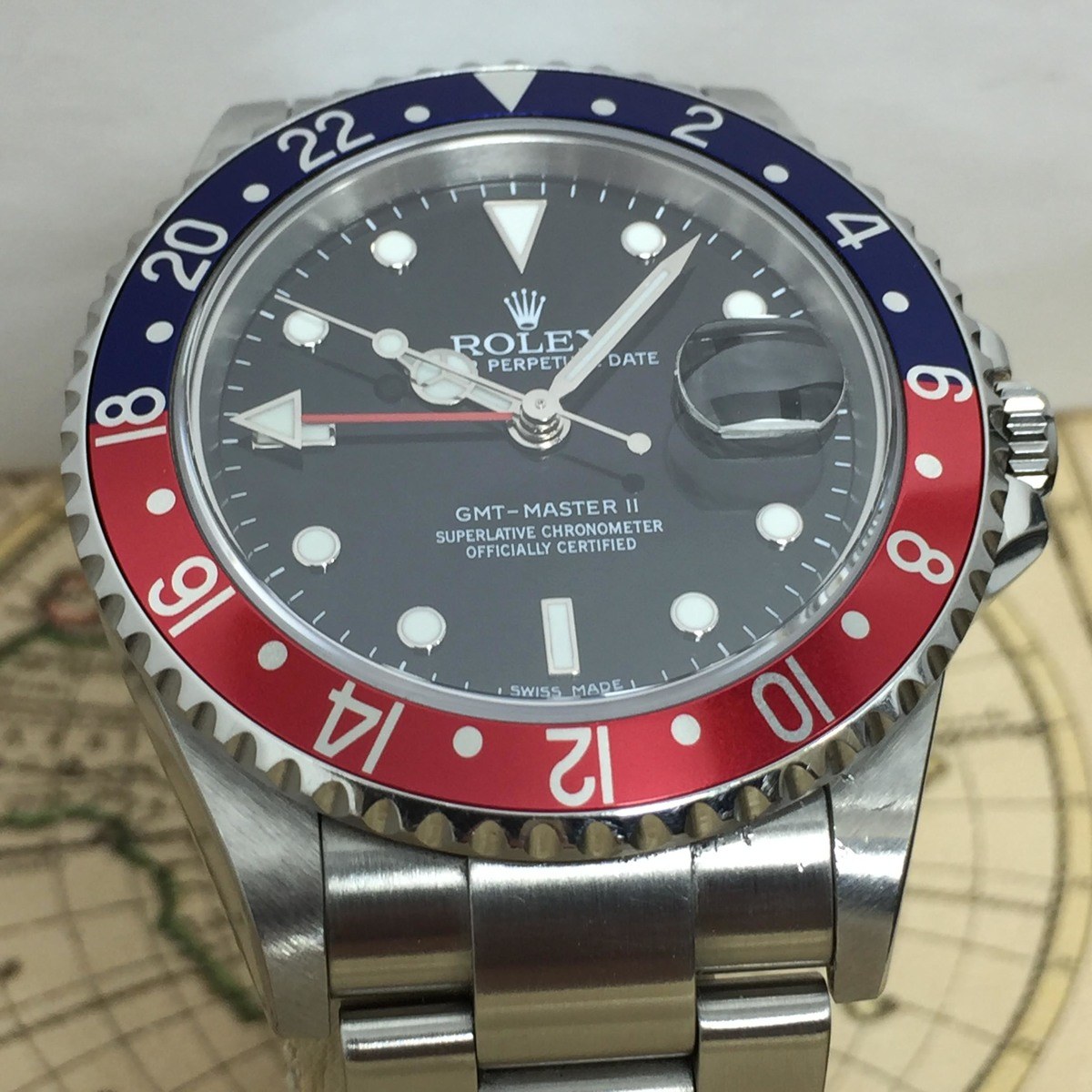 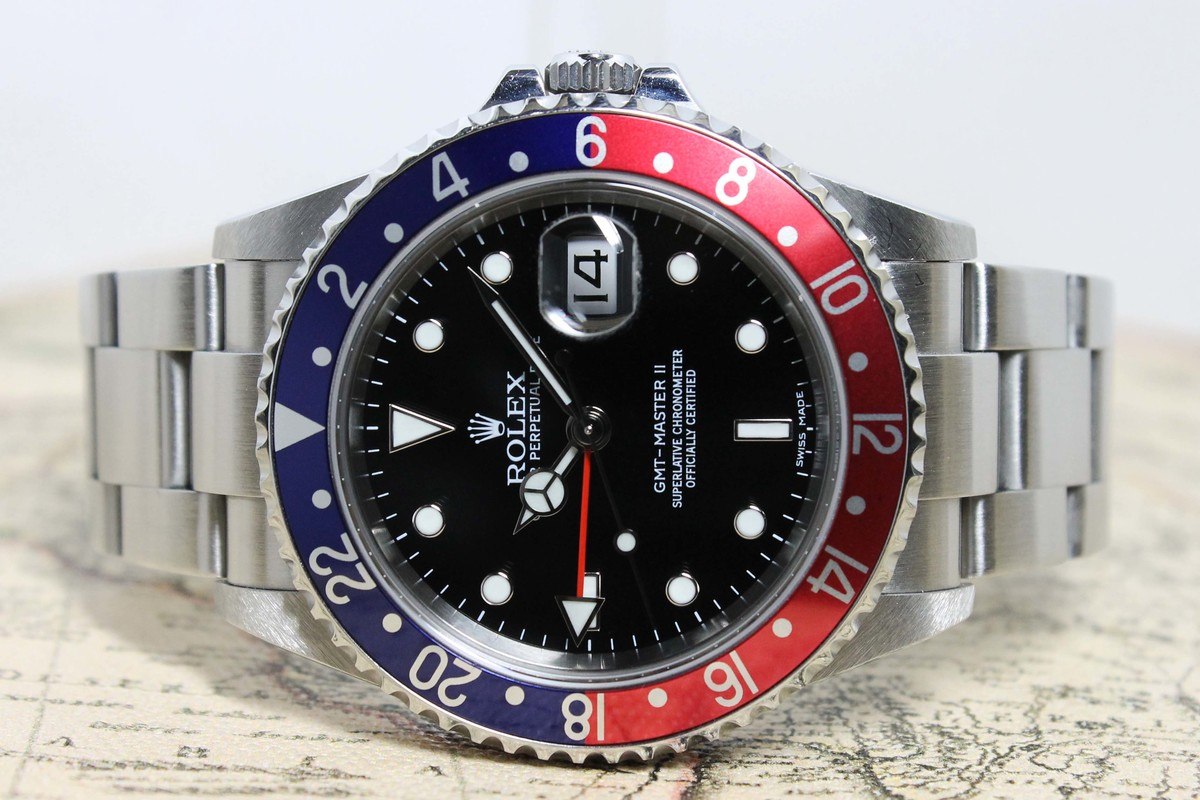 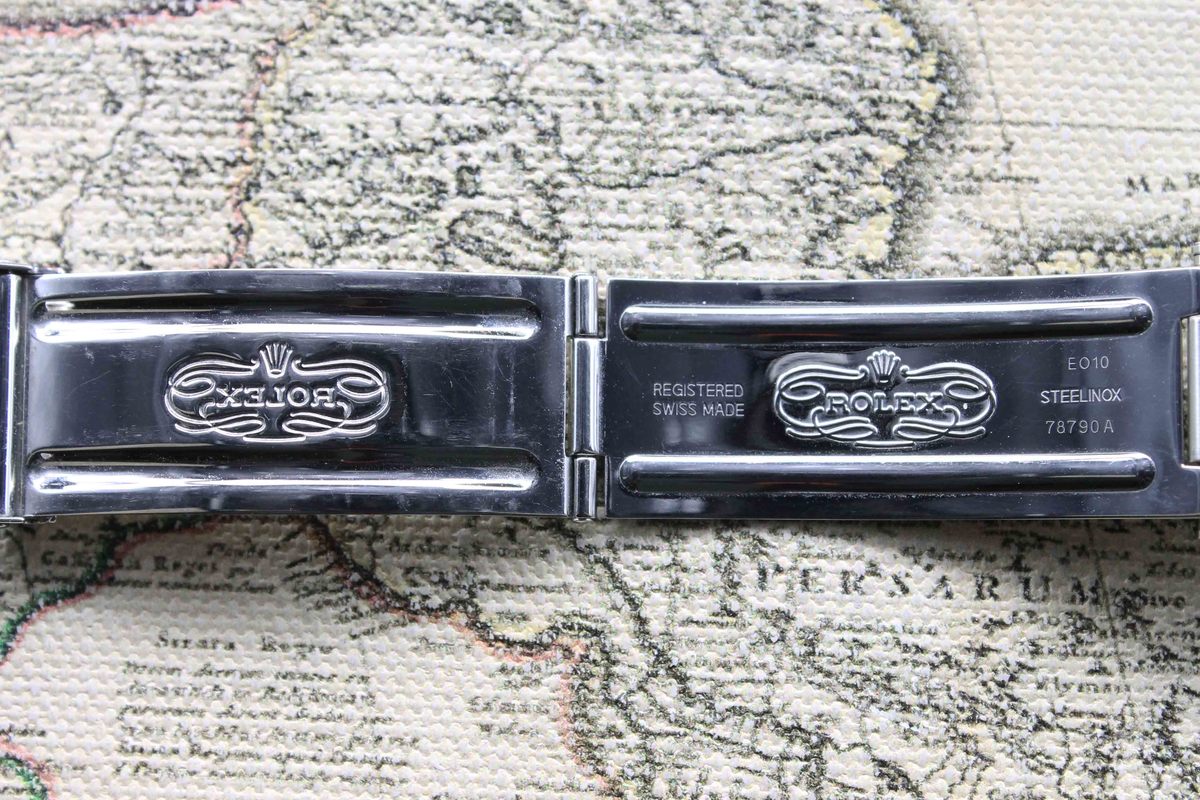 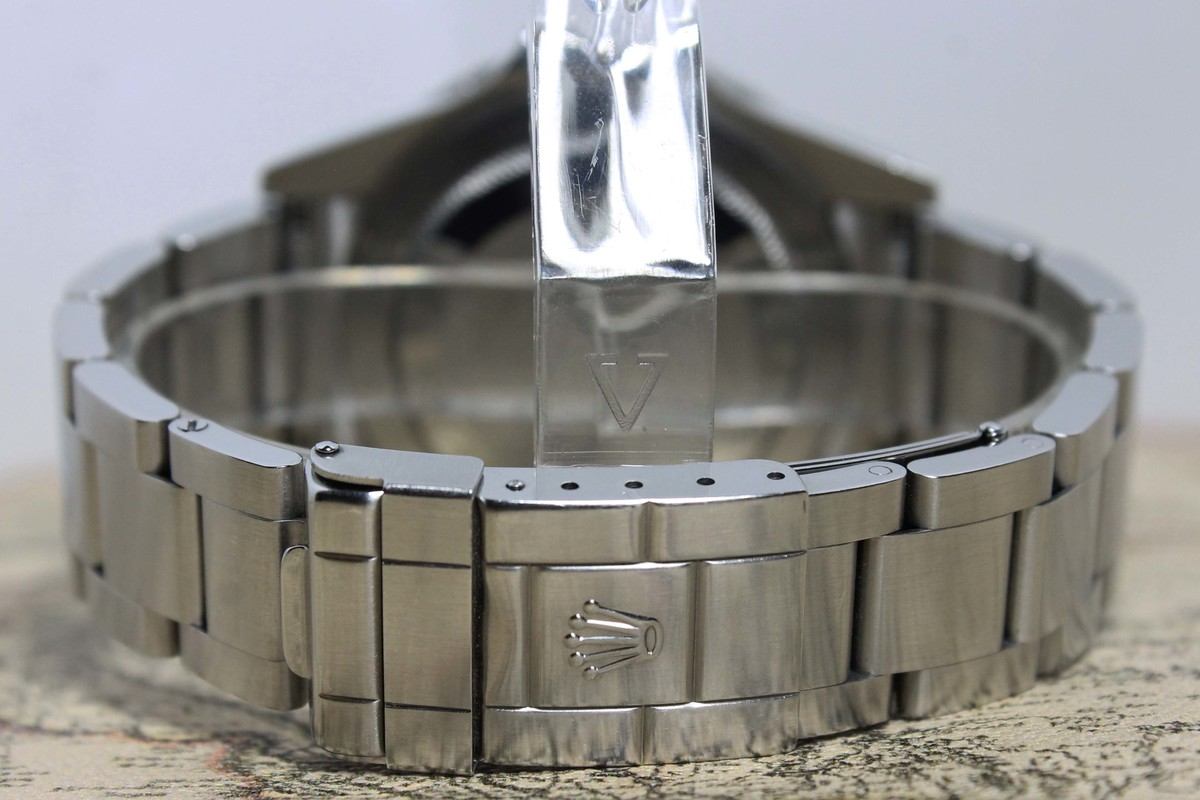 The Rolex GMT Master 16710 was launched in 1989 and replaced the 16760 aka Fat Lady with a new caliber and a slimmer design. It had a production run until 2007 and had minor modifications over time. A very special variant of the 16710 is the Stick dial lacking the serifs of the roman II. It was produced with the Ca.3185 but also with the Cal.3186, the movement which was also used for the later ceramic models. This particular example is preserved in mint unpolished condition and comes in a complete collectors full set and two additional bezel inserts to make it a complete set. A very strong collectible and investment at the same time.