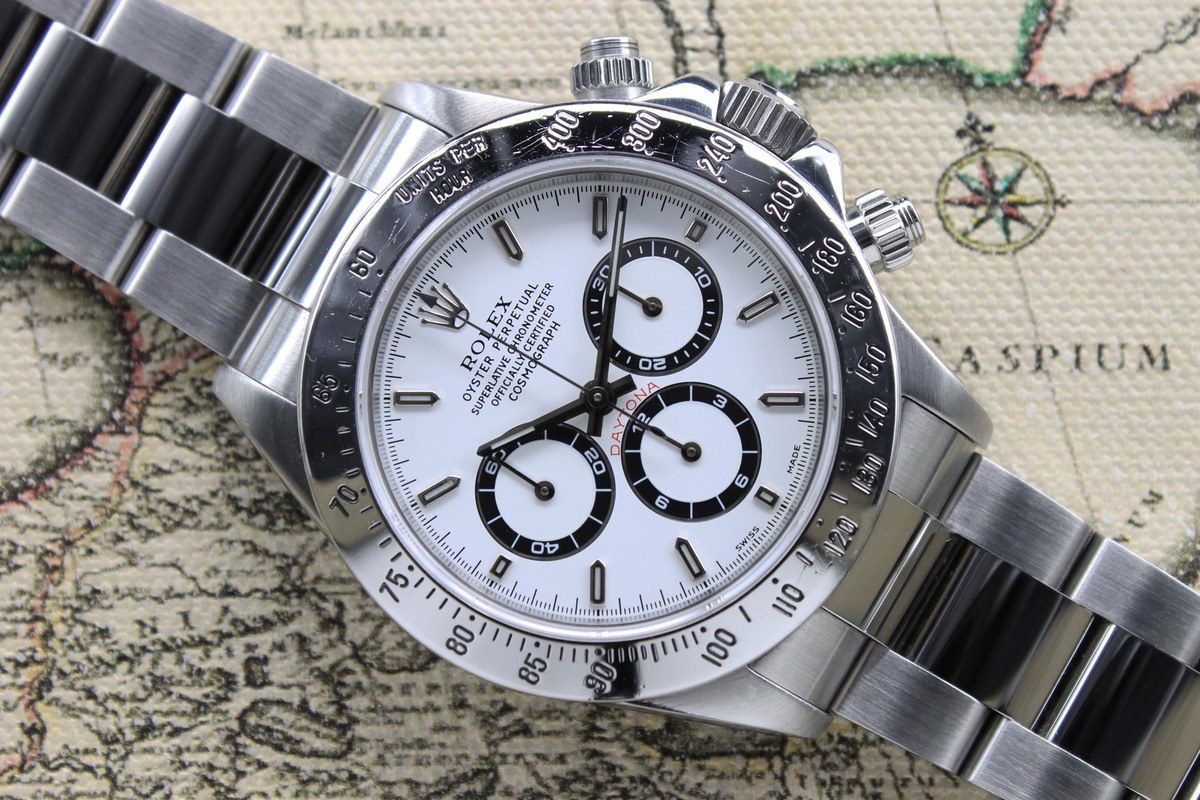 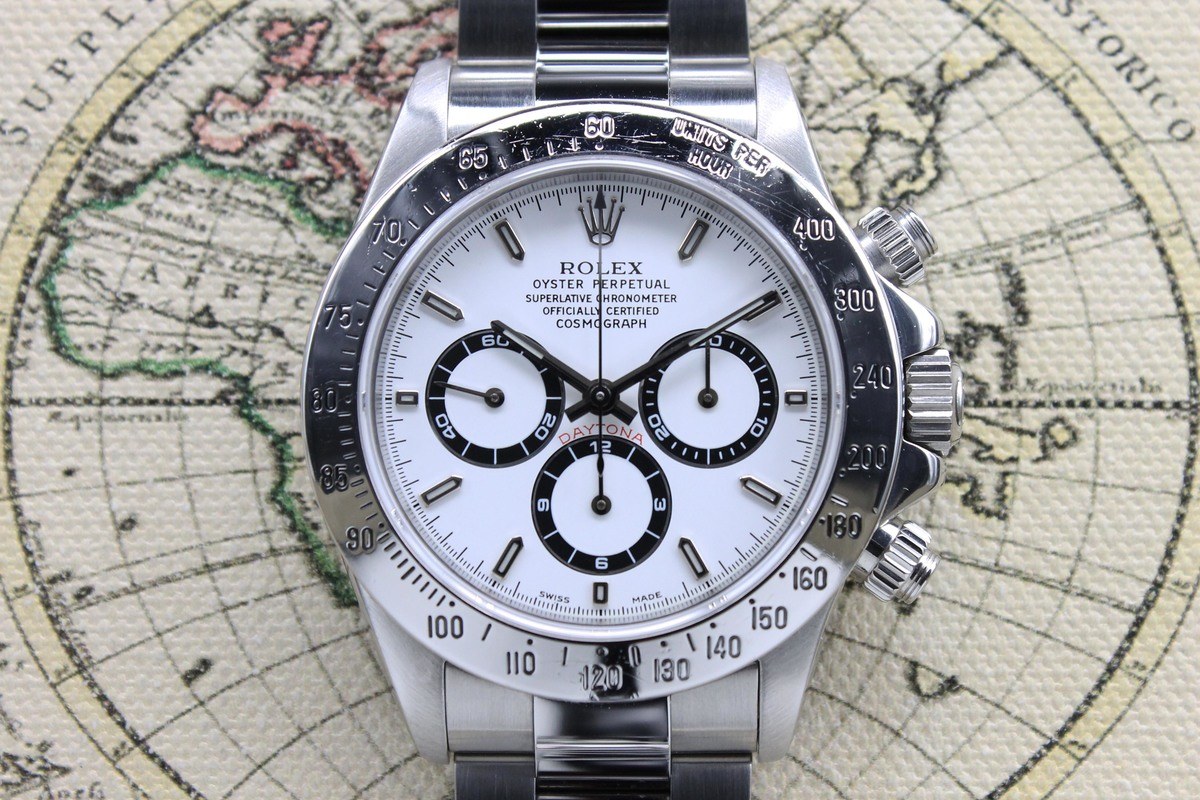 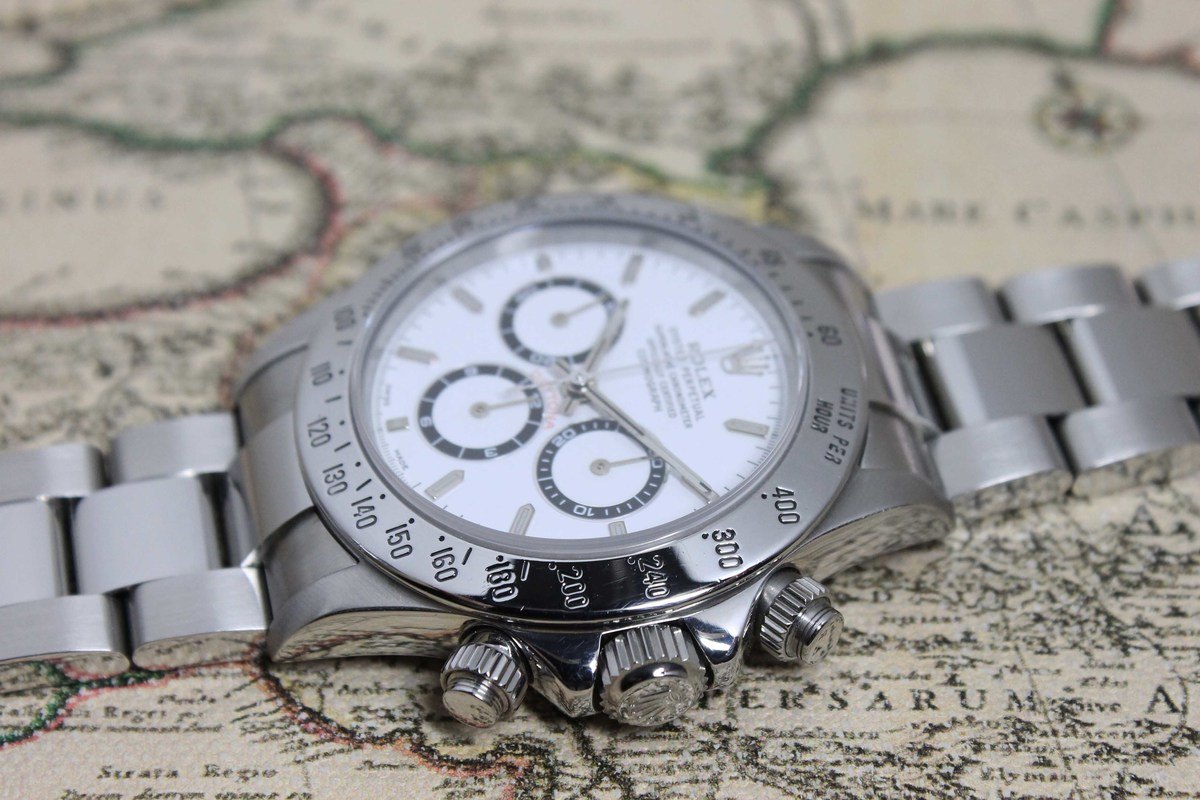 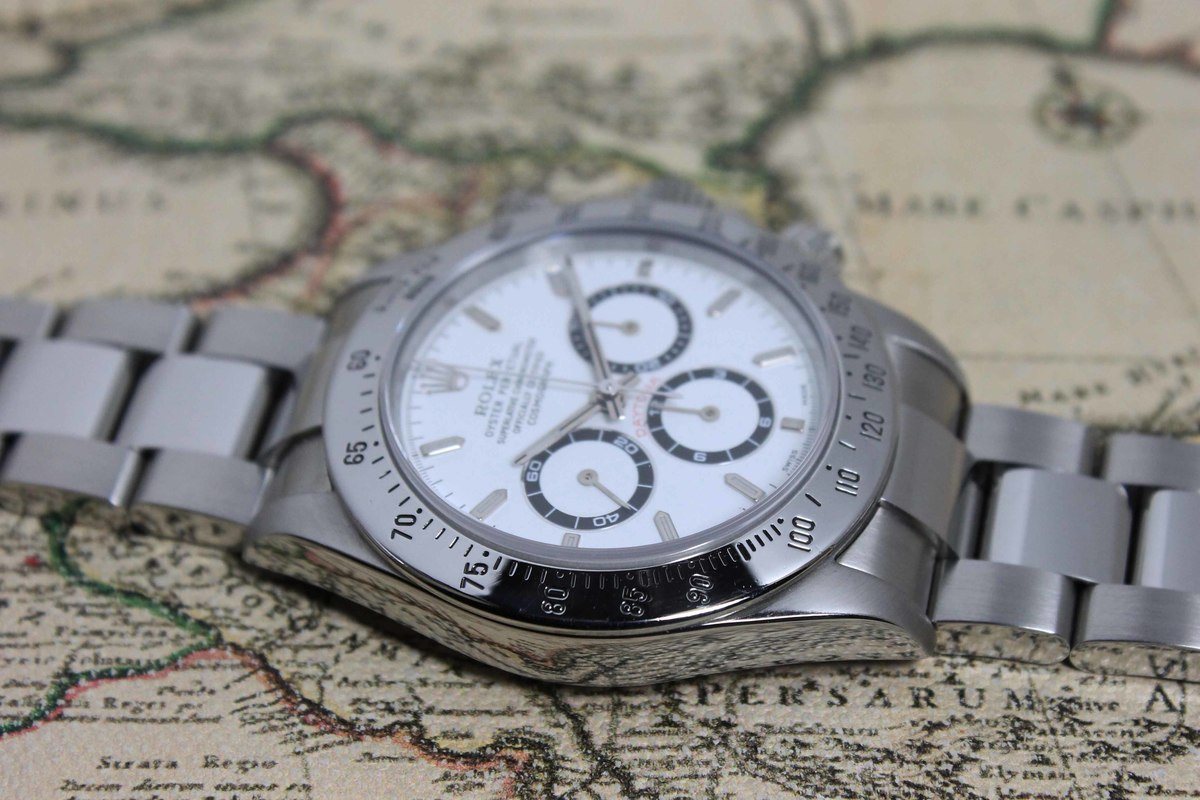 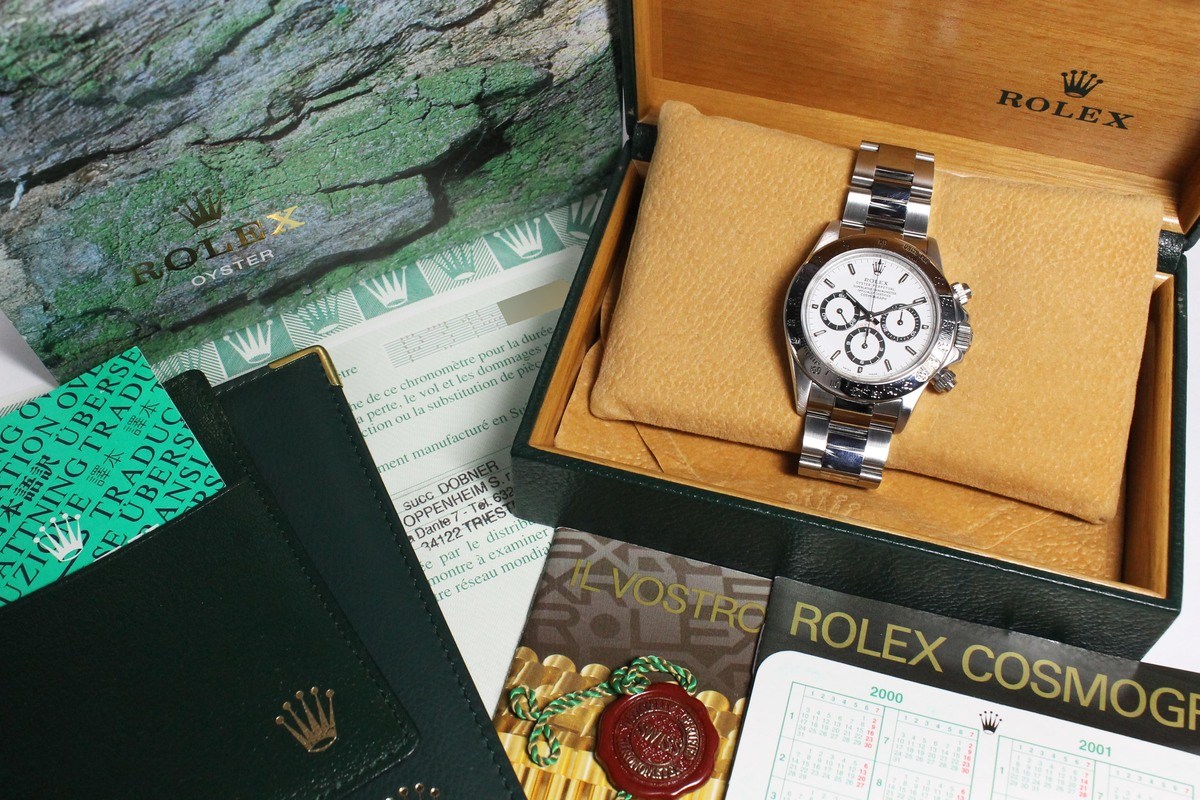 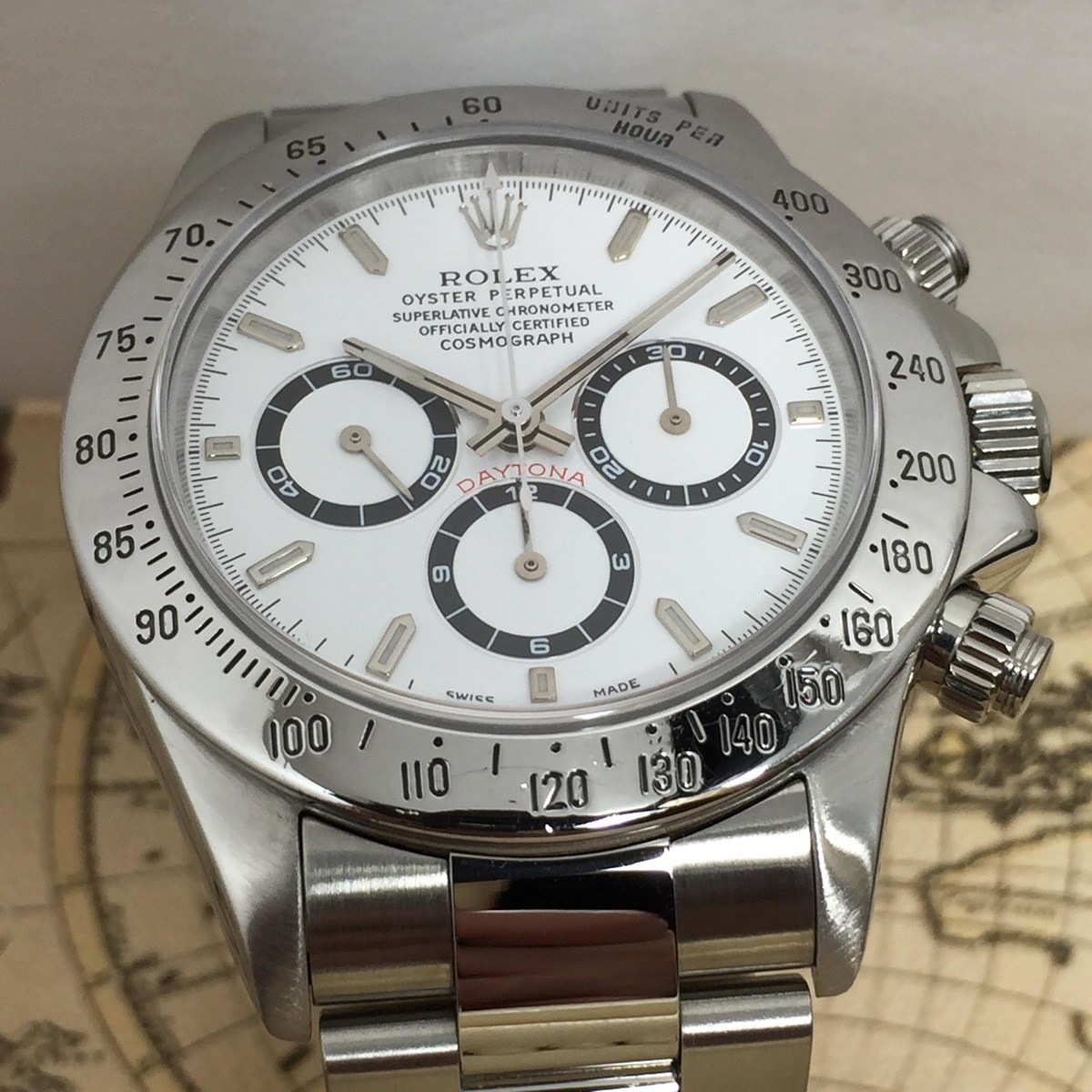 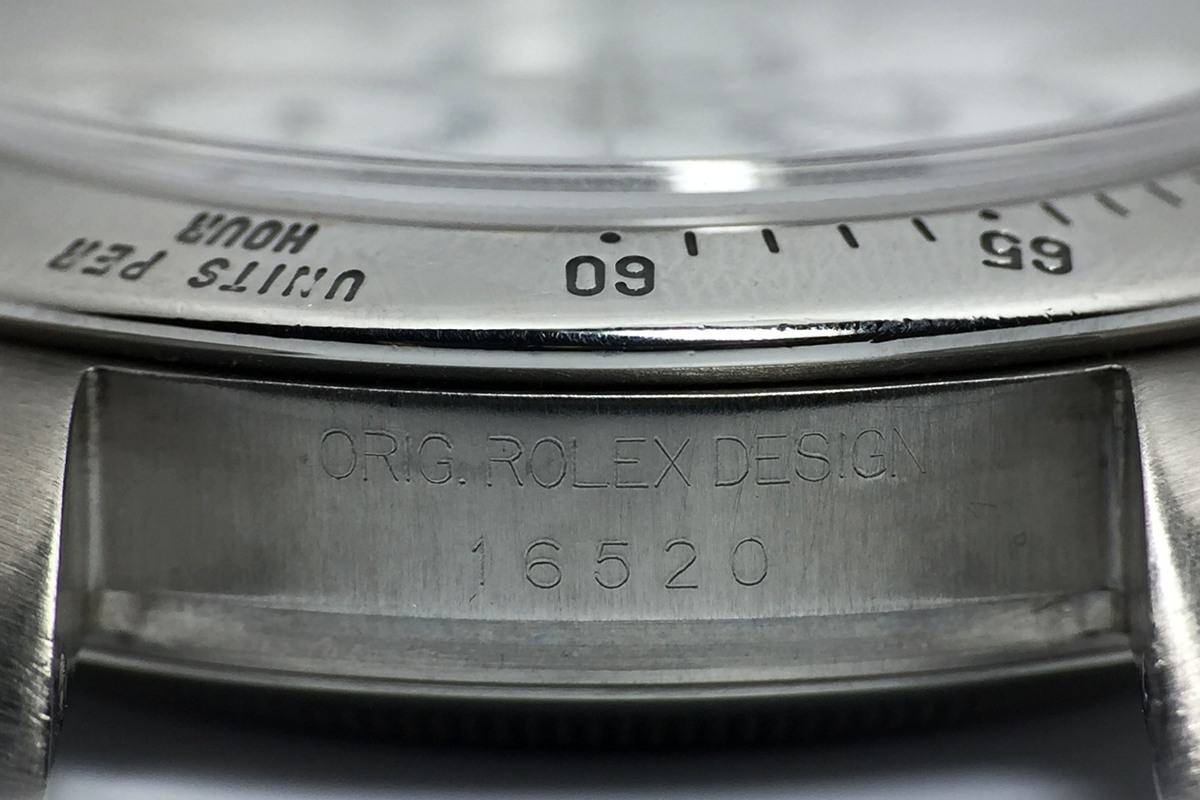 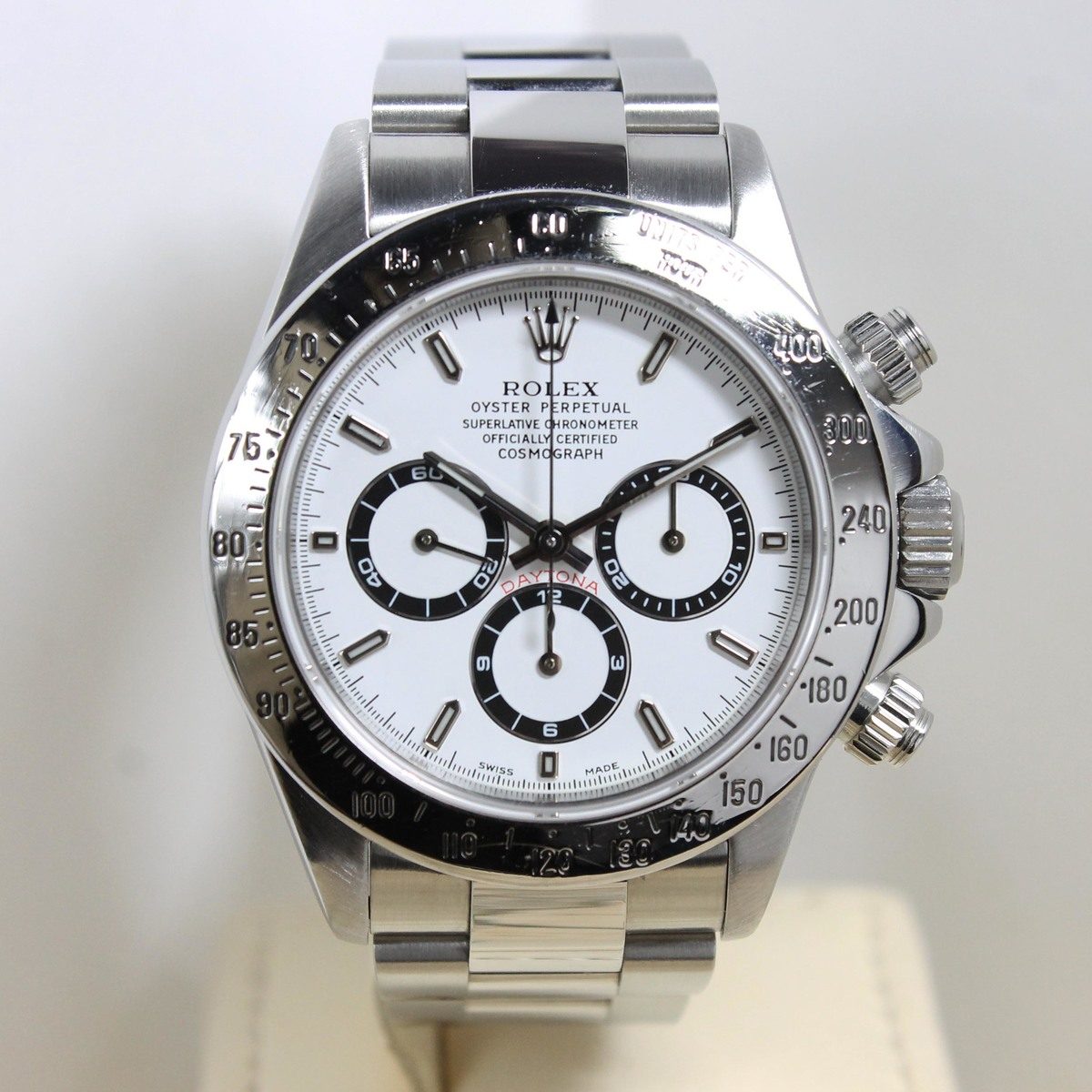 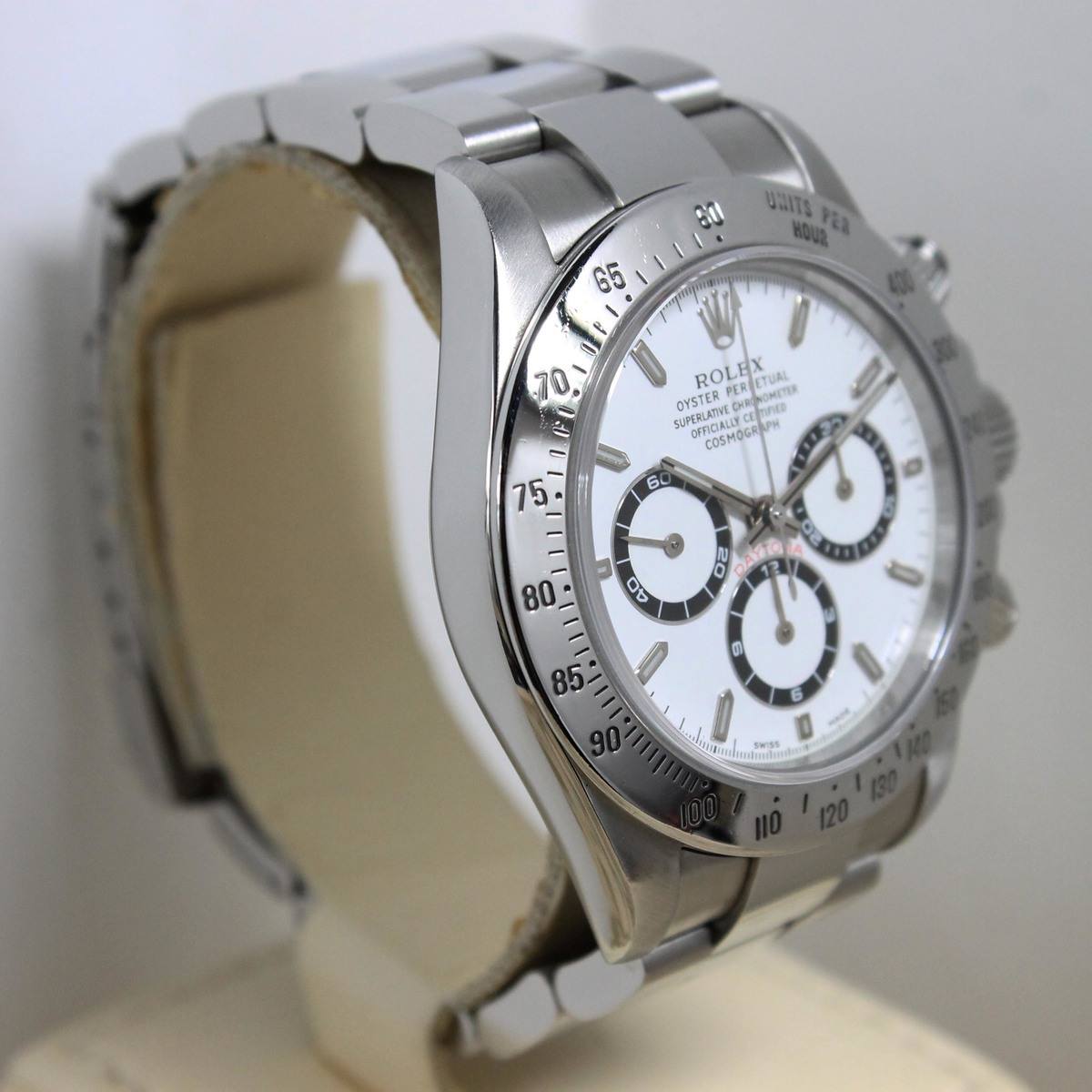 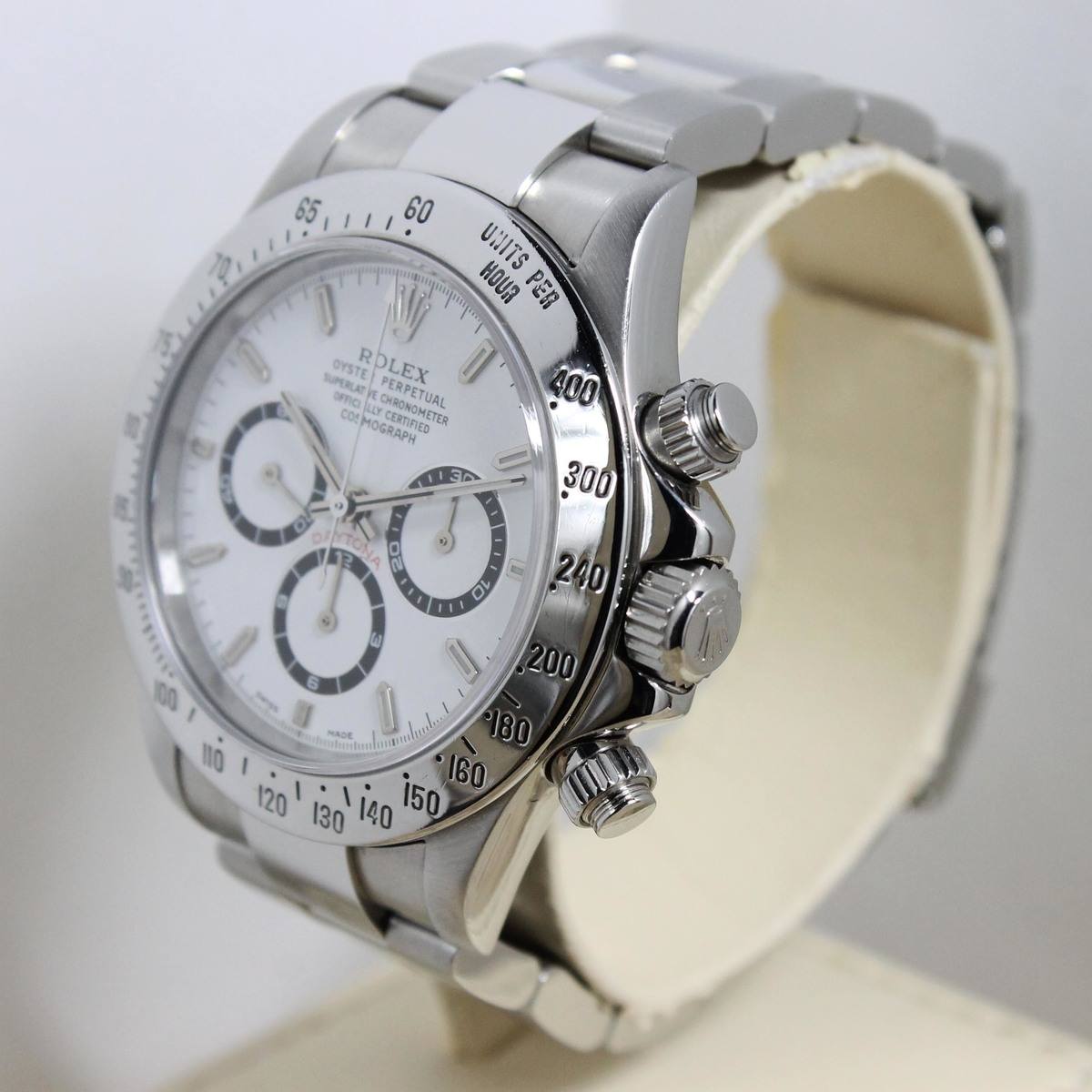 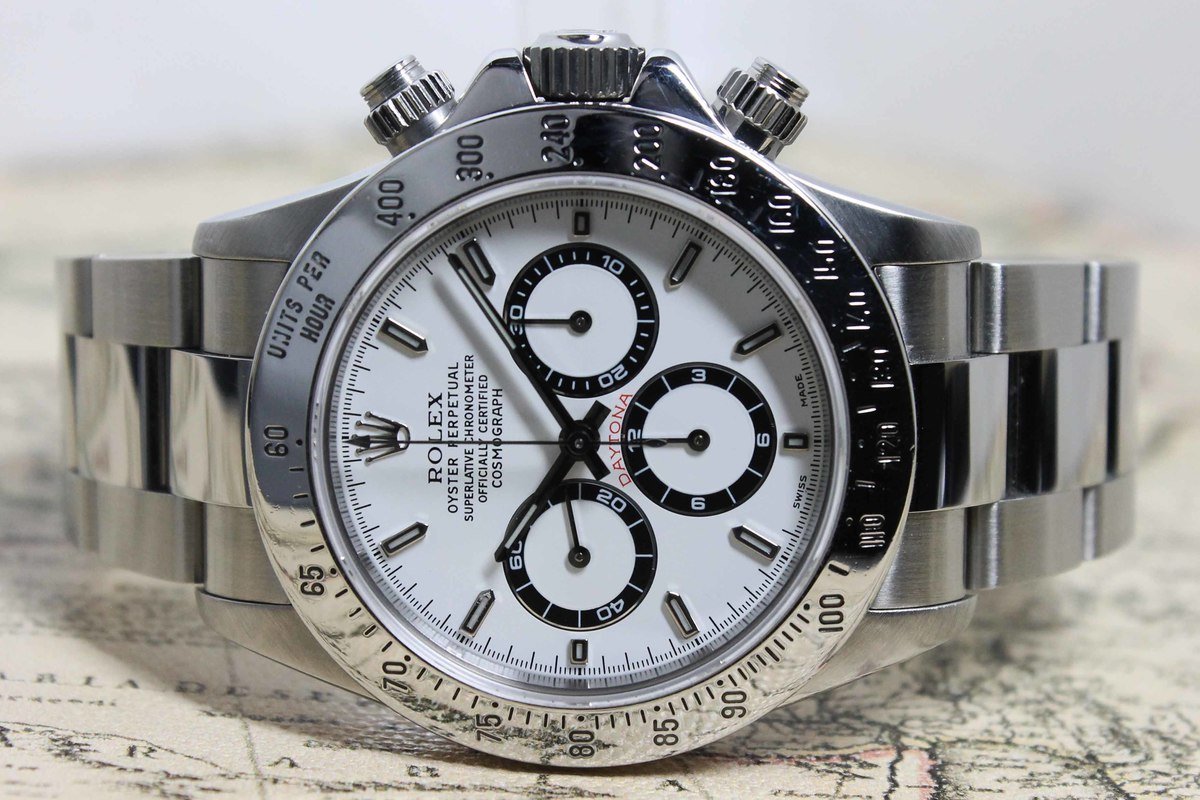 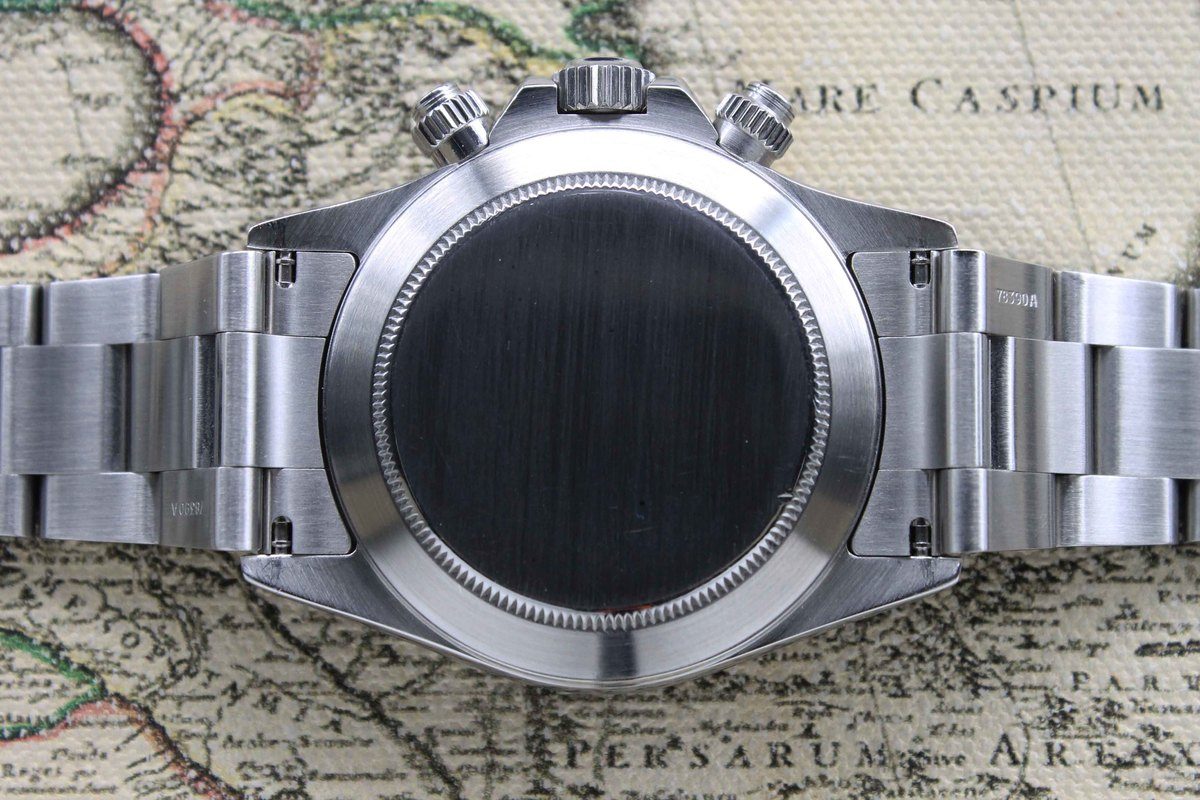 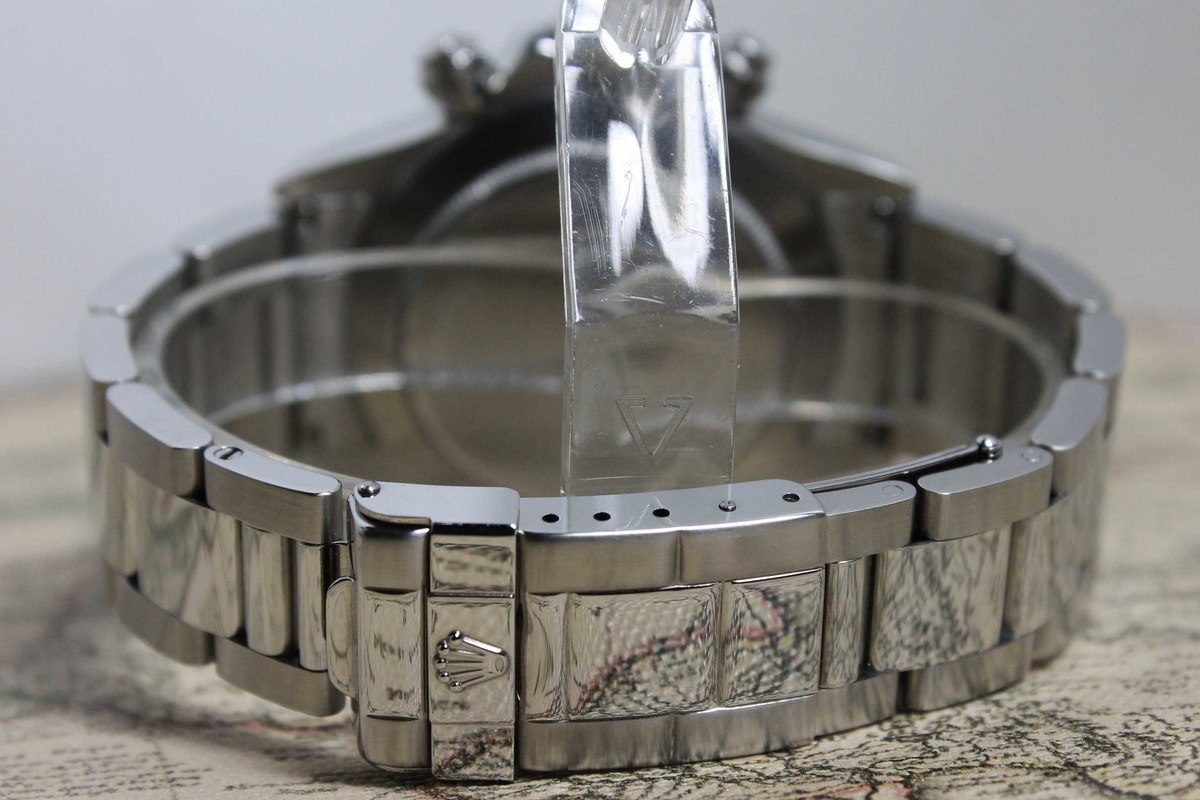 The reference 16520 has been known for its iconic status in the Rolex collecting world ever since it became available. The fact that Rolex had to source movements from Zenith to offer an automatic Chronograph movement to the market pulled the attention towards this reference. Ever since 1987 it has been sold with different dial versions which have different standings on the collectors market. The present example is from the last production year of this model making it even more attractive for discerned collectors. It comes with its original box and original Certificate making it a very attractive collectors piece.