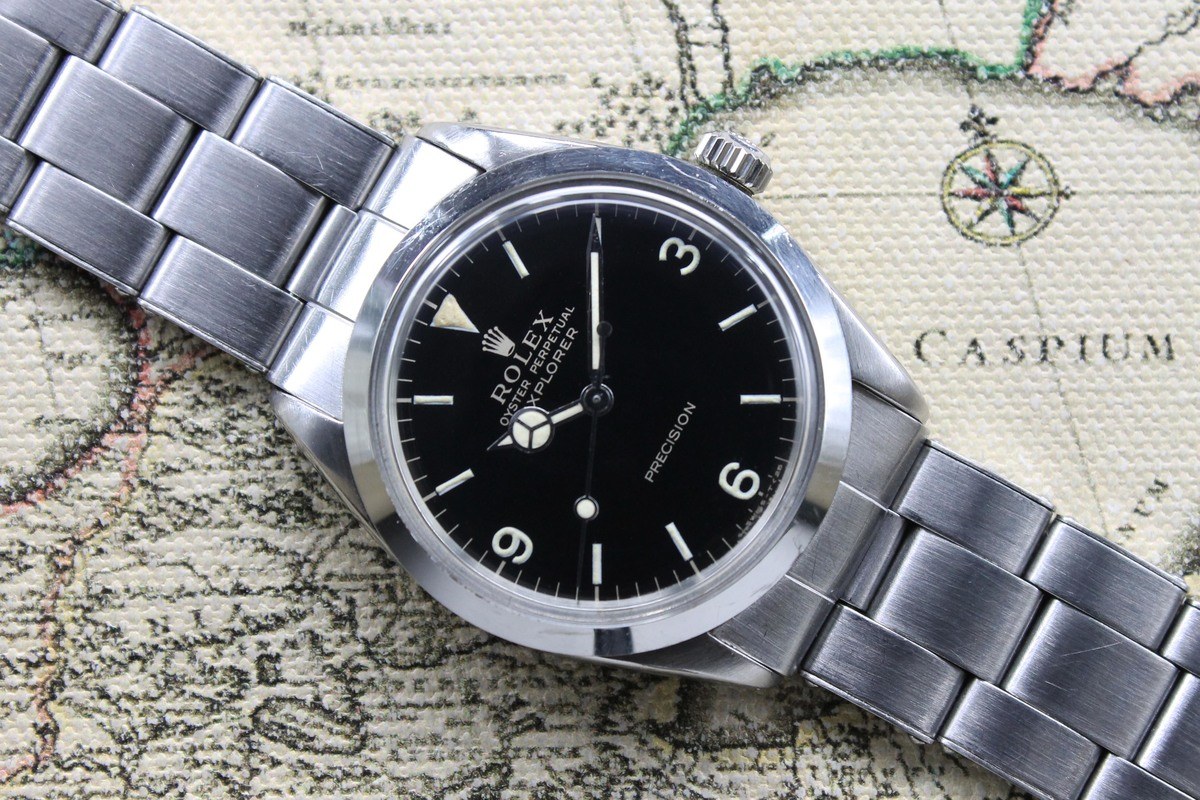 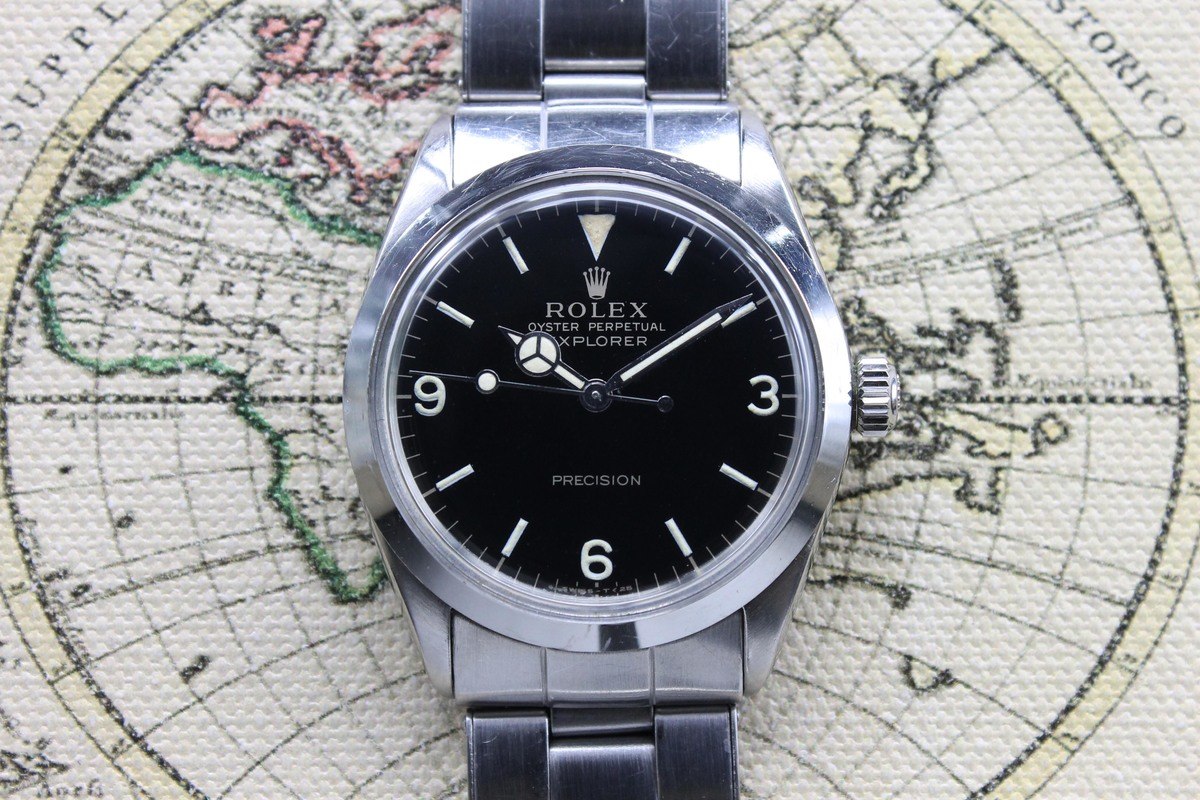 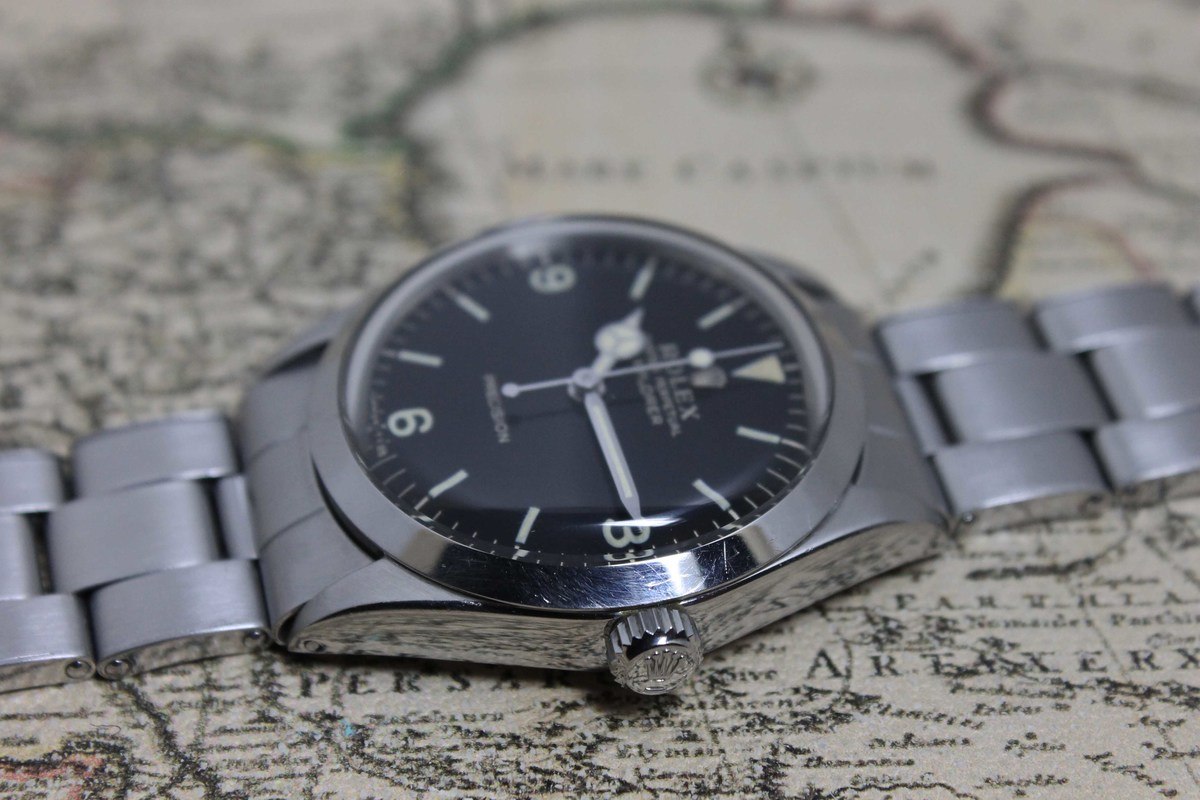 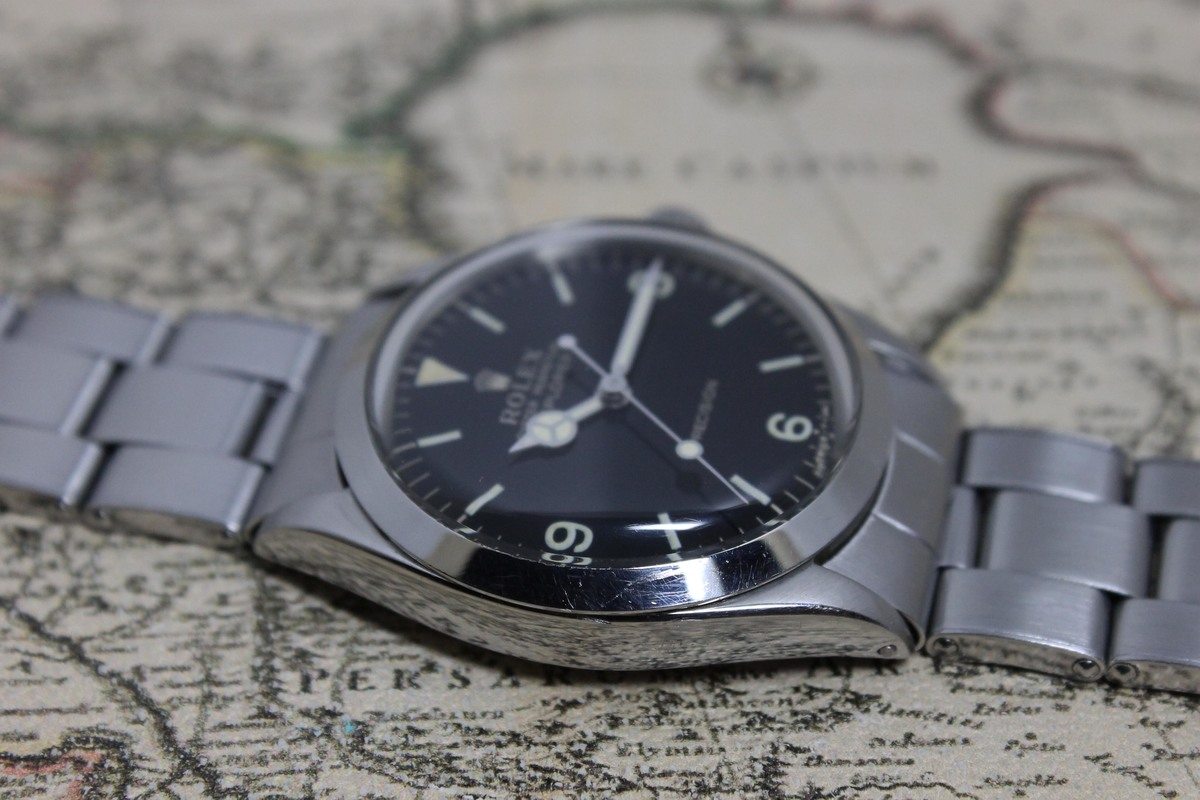 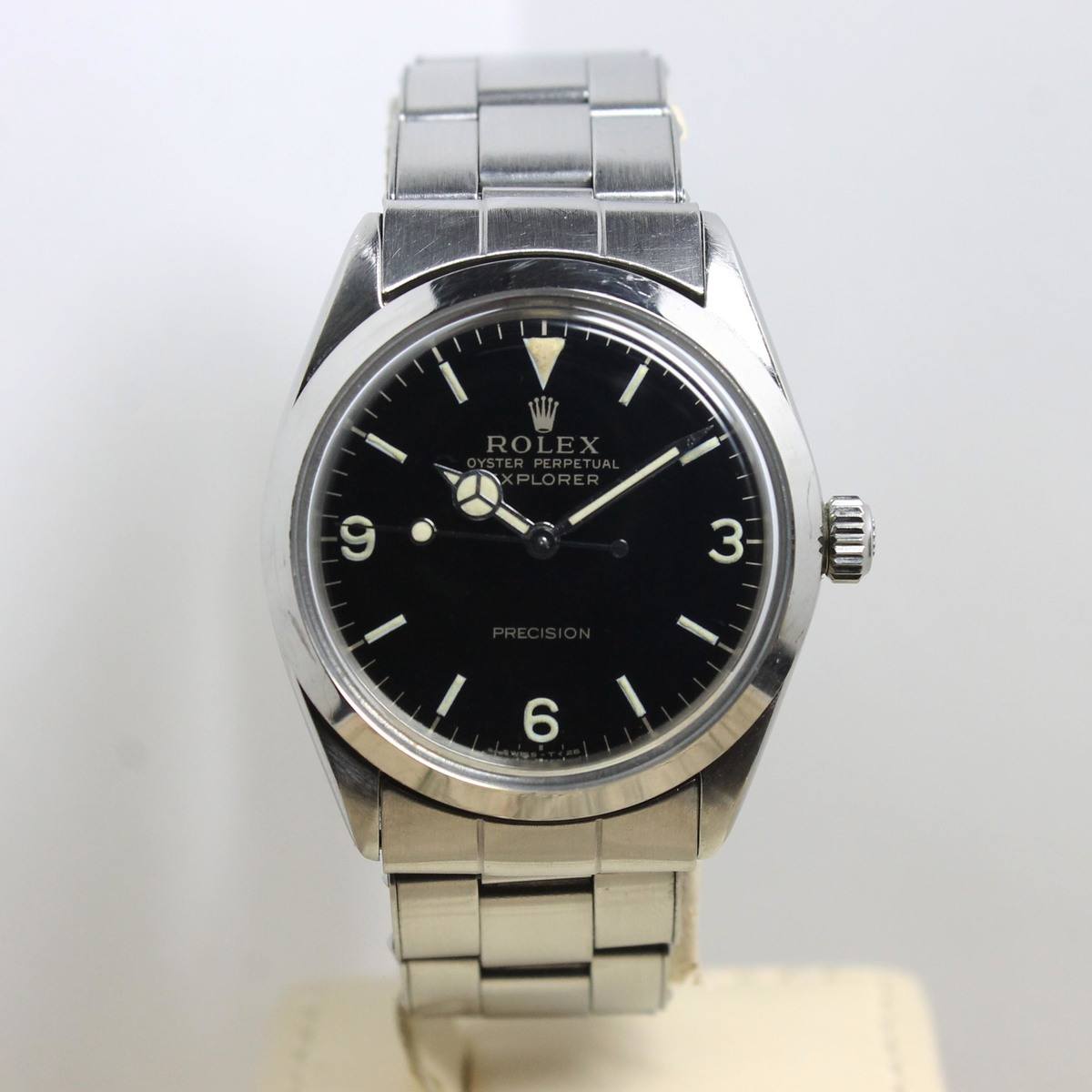 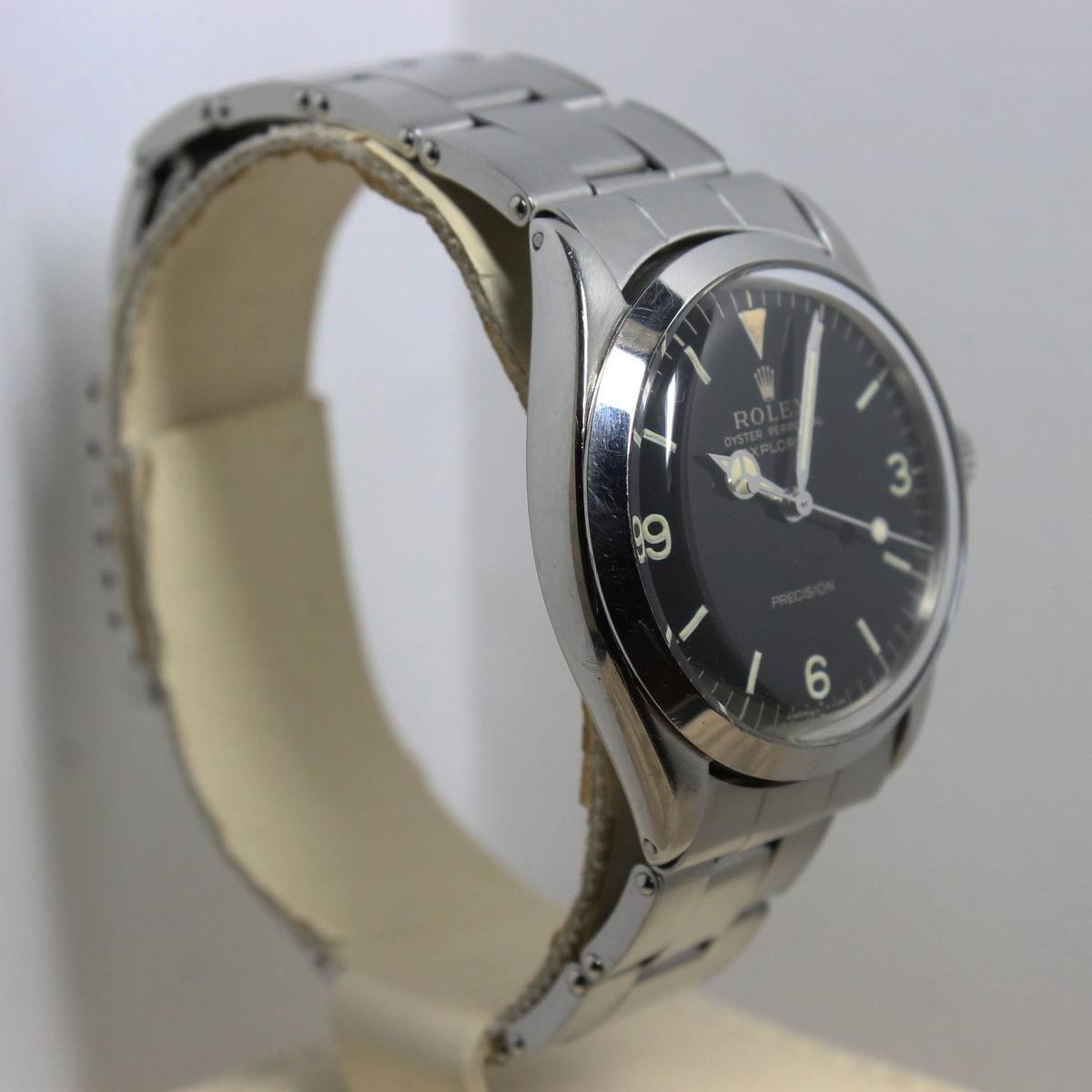 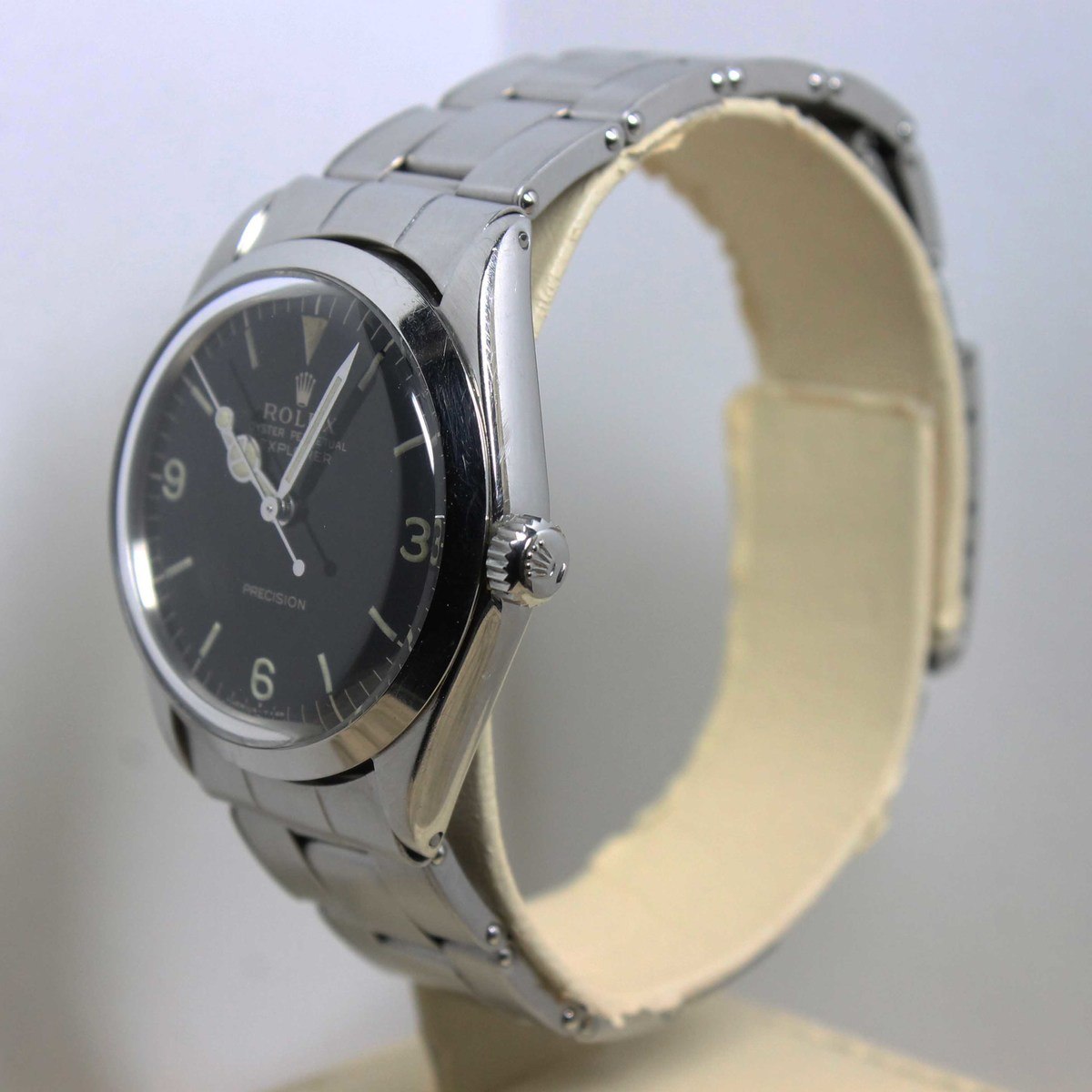 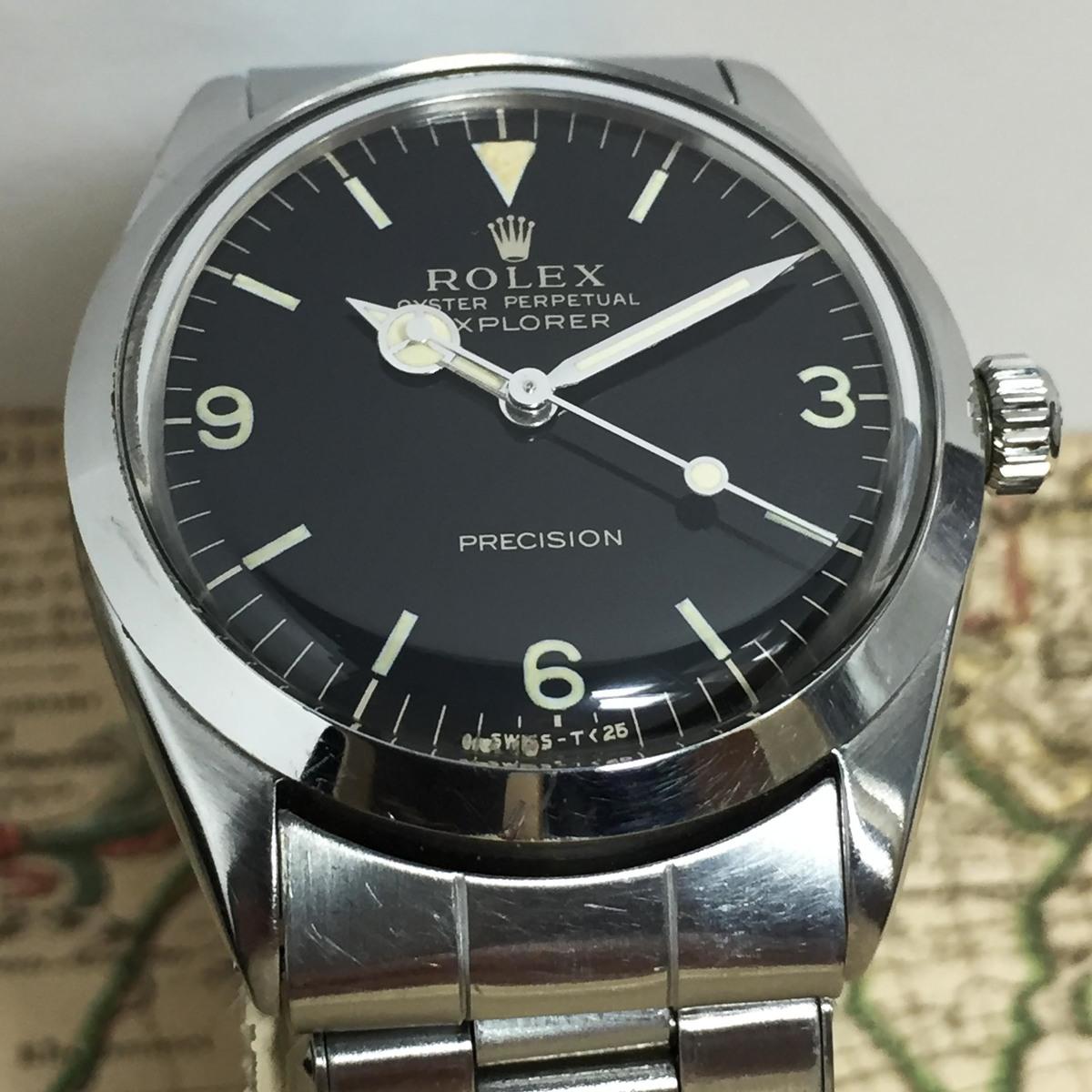 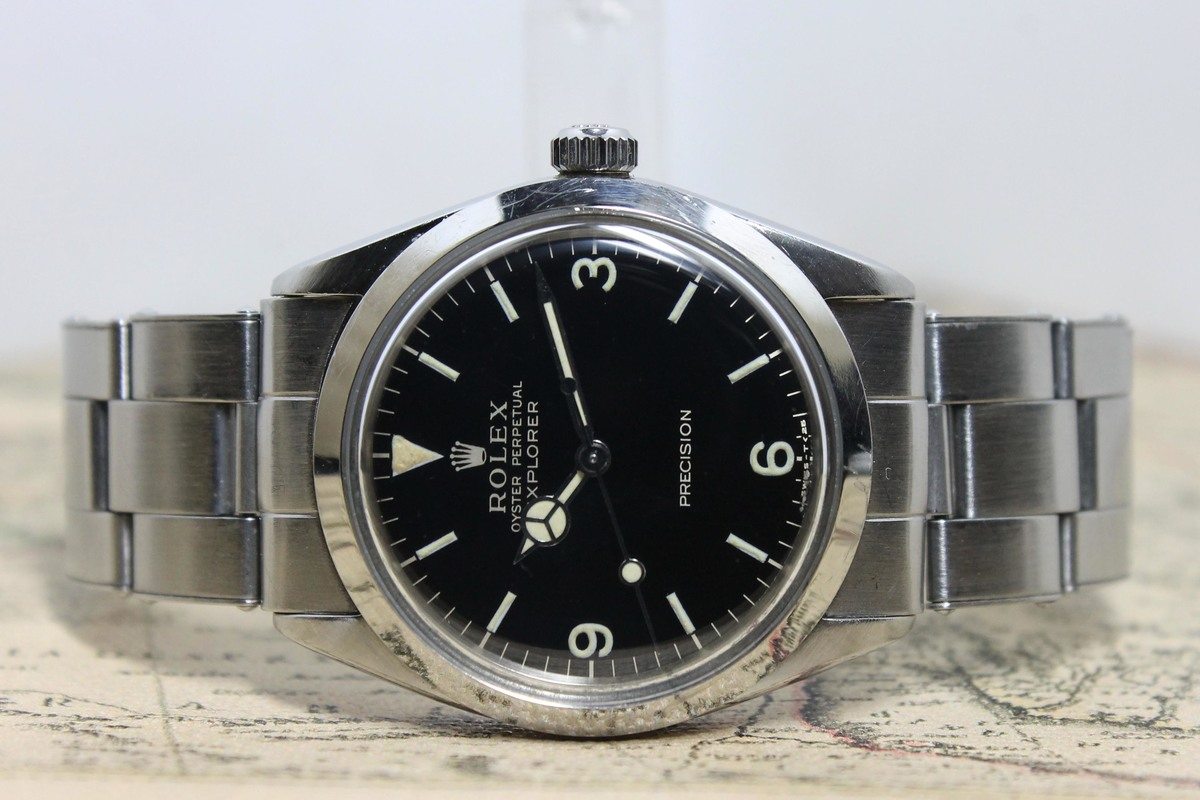 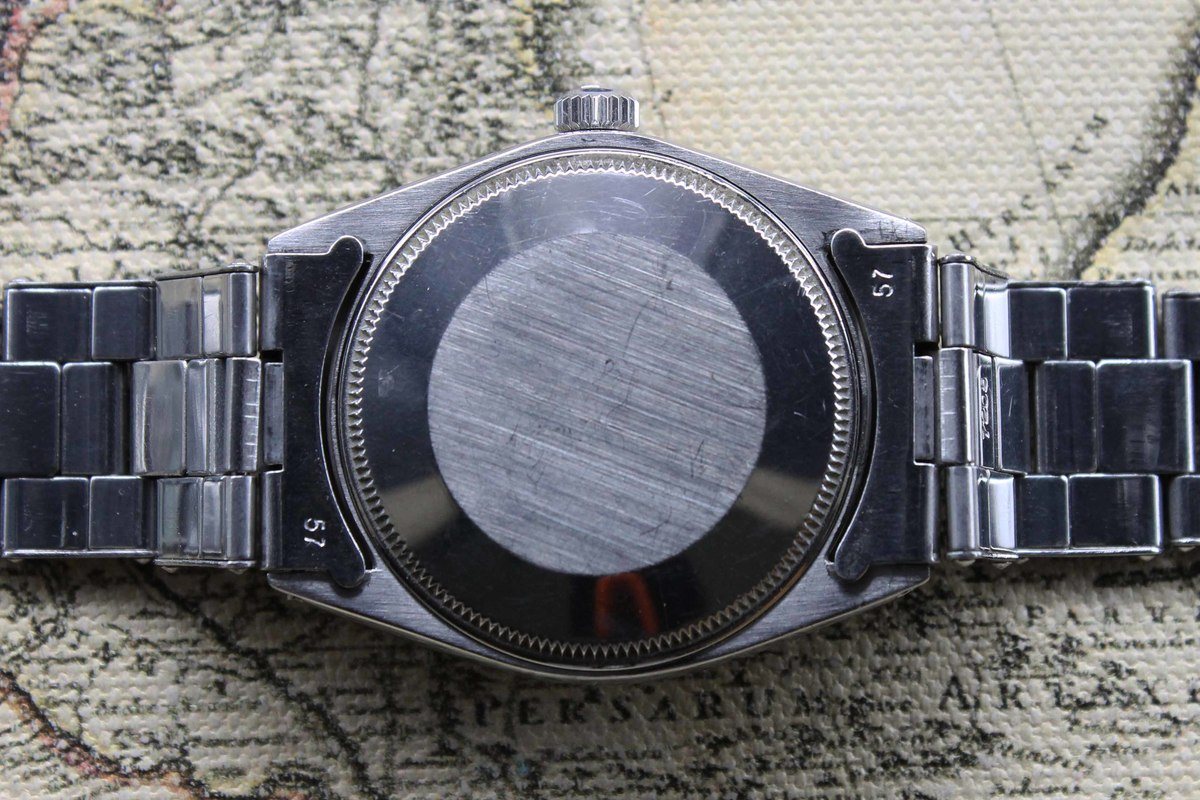 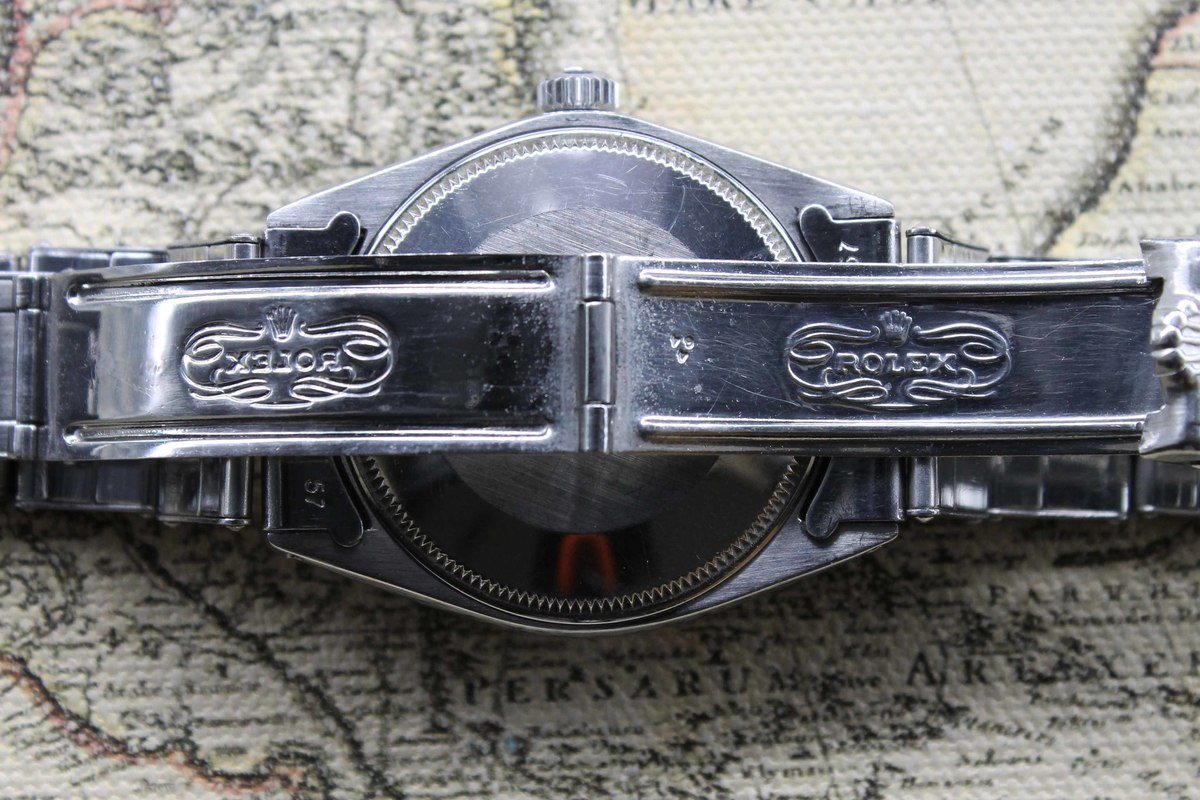 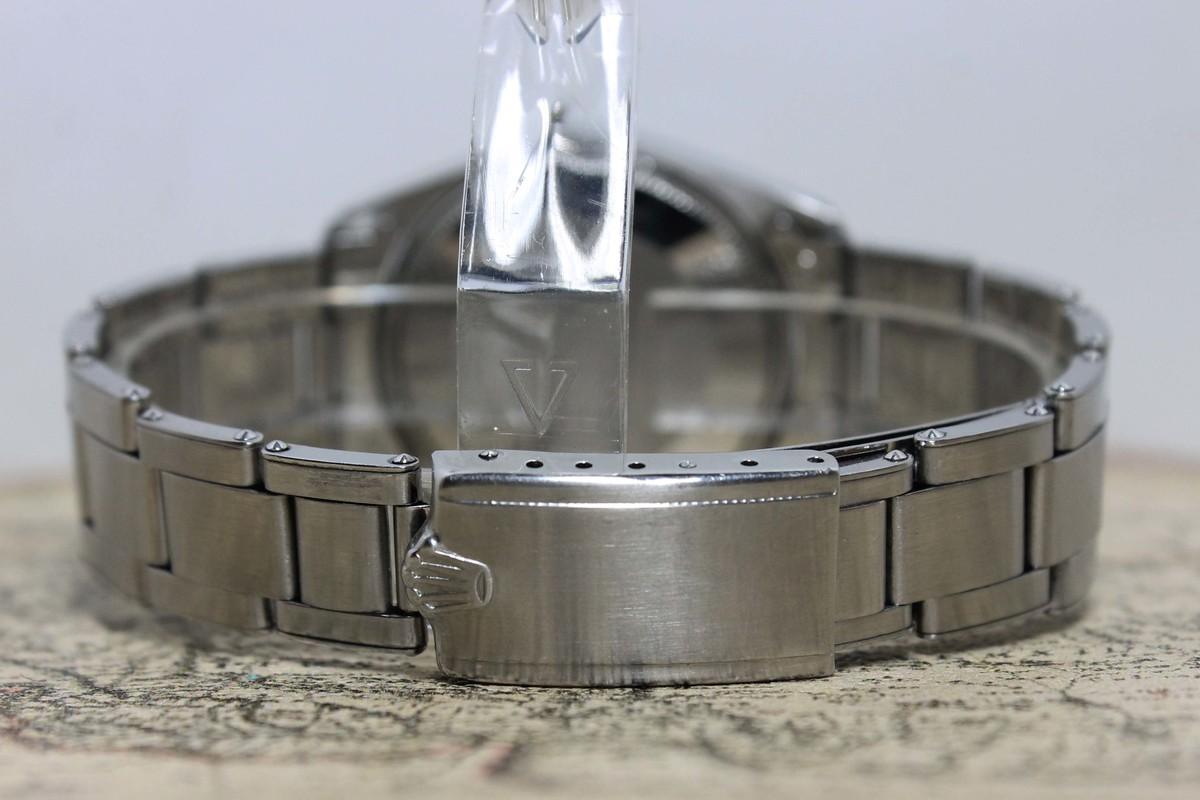 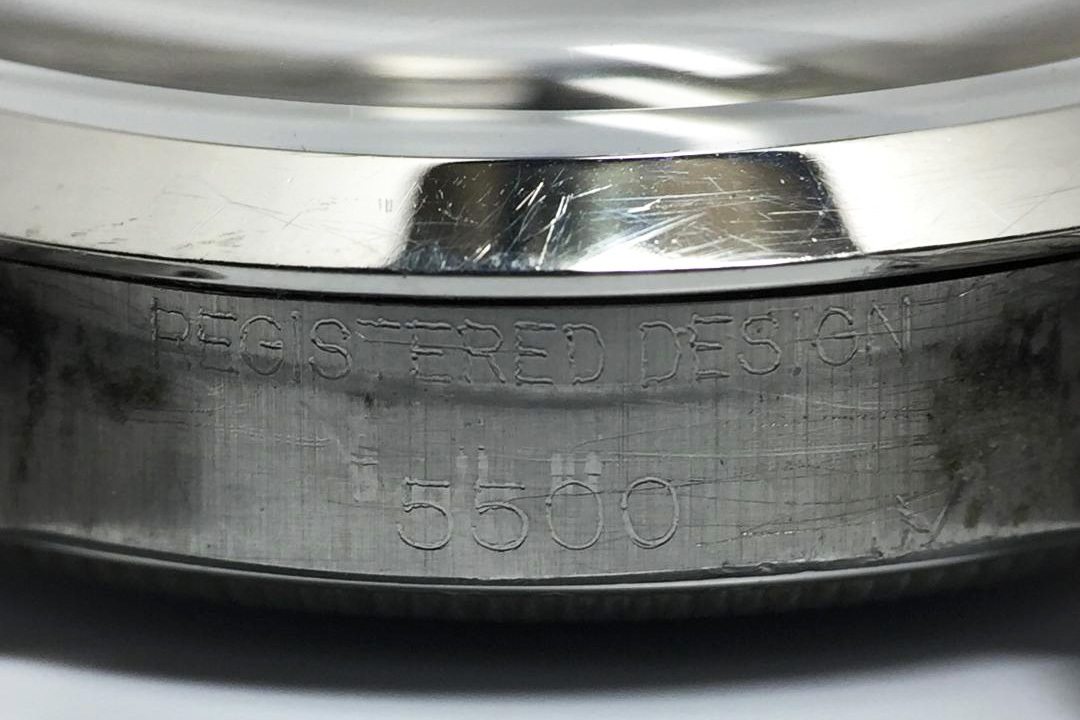 The currently offered model is a fusion between the Air King and Explorer reference, featuring the iconic '3-6-9' Explorer dial. The main difference would be the size which is 34mm as opposed to the proper Explorer references. The Reference 5500 was fitted with a 'Precision' or 'Super Precision' dial, as the movements were not chronometer certified. The dial on this example is a highly glossy gilt dial bearing zinc sulfide tritium hence the reaction to UV light exposure is very strong.

The Rolex AirKing has a long a storied history spanning back to the mid-1930.  Prior to World War II, British pilots utilized Rolex Oyster Perpetual wristwatches as they were slightly larger than British standard issue at the time, and were much more reliable. Rolex learned of the pilot’s preference for Rolex Oyster Perpetual watches and during the late 1930’s and into the war, Rolex created wristwatches such as the “Air Lion,” “Air King,” “Air Tiger,” and “Air Giant.” The first actual Air King was born in 1945 and acted to conglomerate all the “Air” watches into one watch. The Rolex AirKing remained relatively untouched going into the 1950-1960’s with the exception of some visual refinements. Staying at 34MM, the AirKing was available in gold plating, and two tone bracelets and bezels. Without a date mechanism and being 2mm smaller, the AirKing did not compete with the ever-popular Rolex DateJust. In 1989/2000 the AirKing received a movement improvement, and later in 2007 became a fully certified COSC chronometer like the majority of the Rolex watch line.