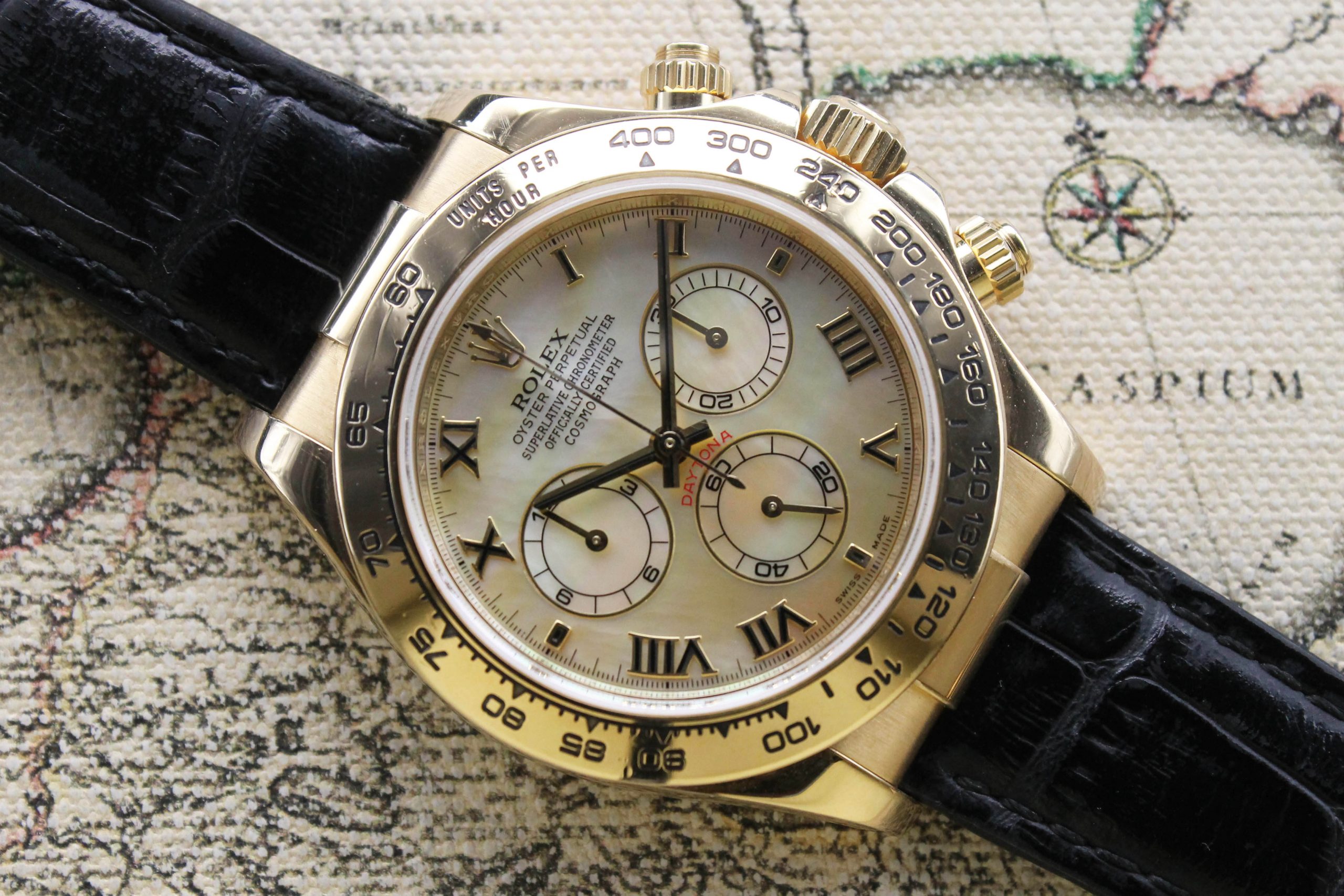 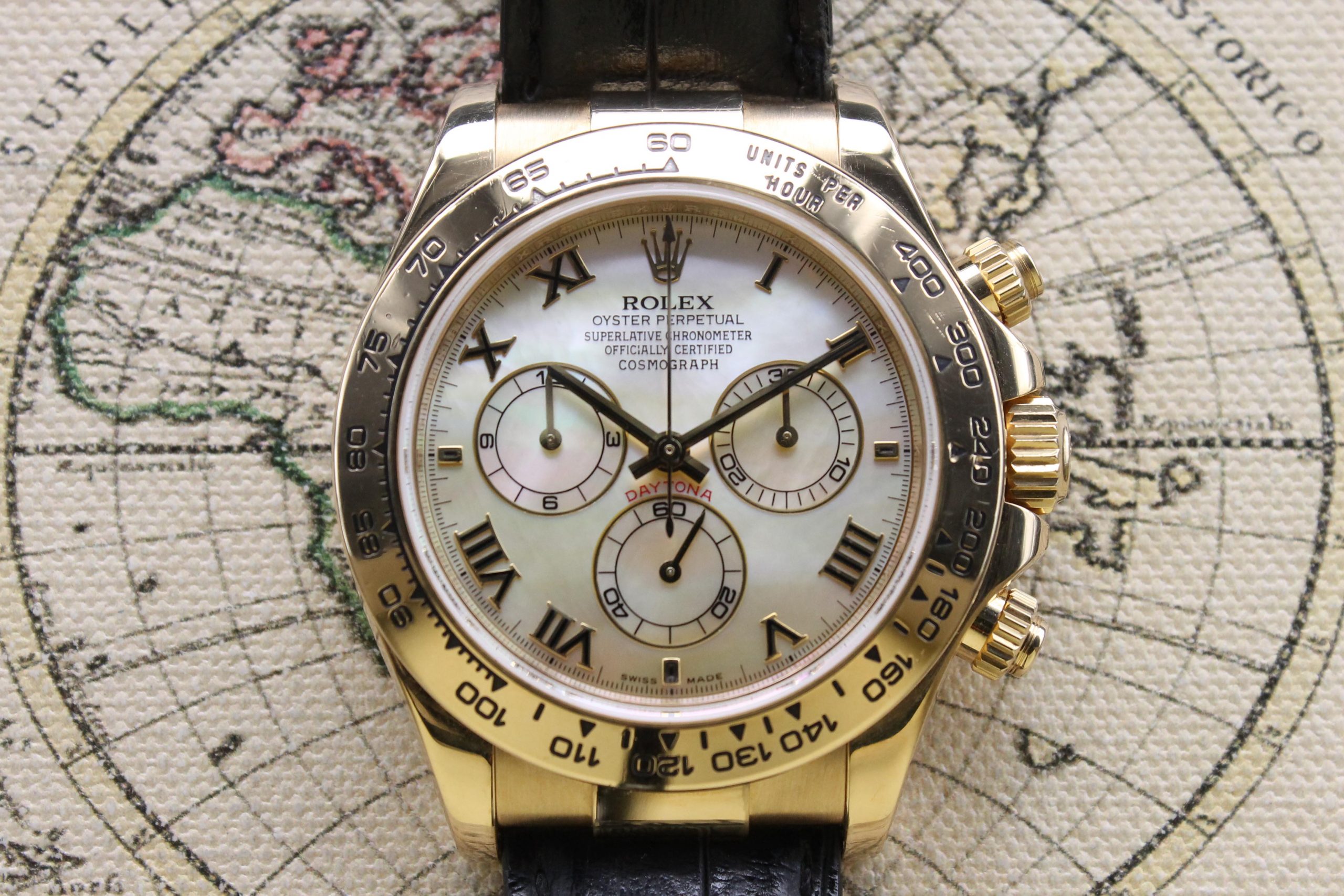 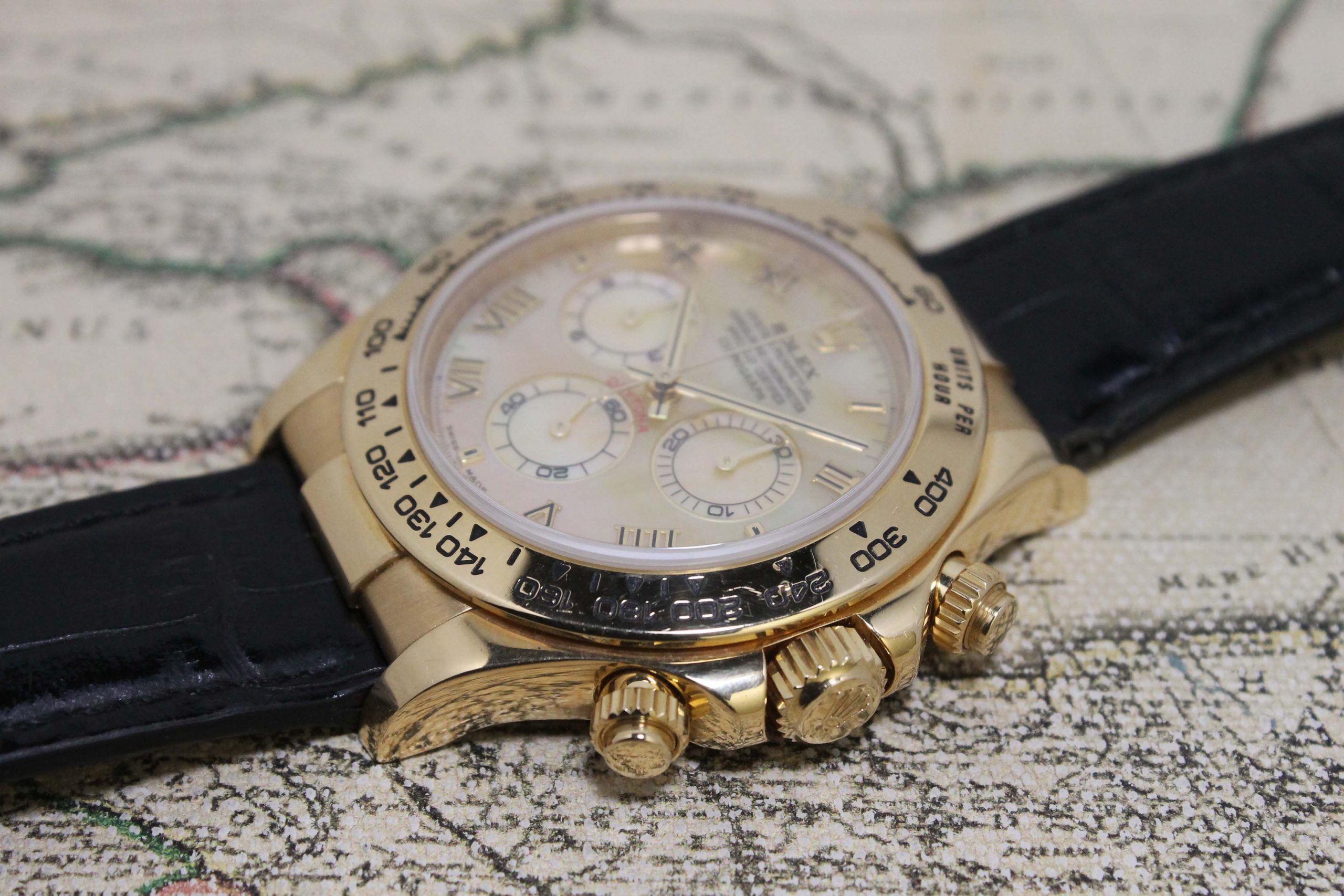 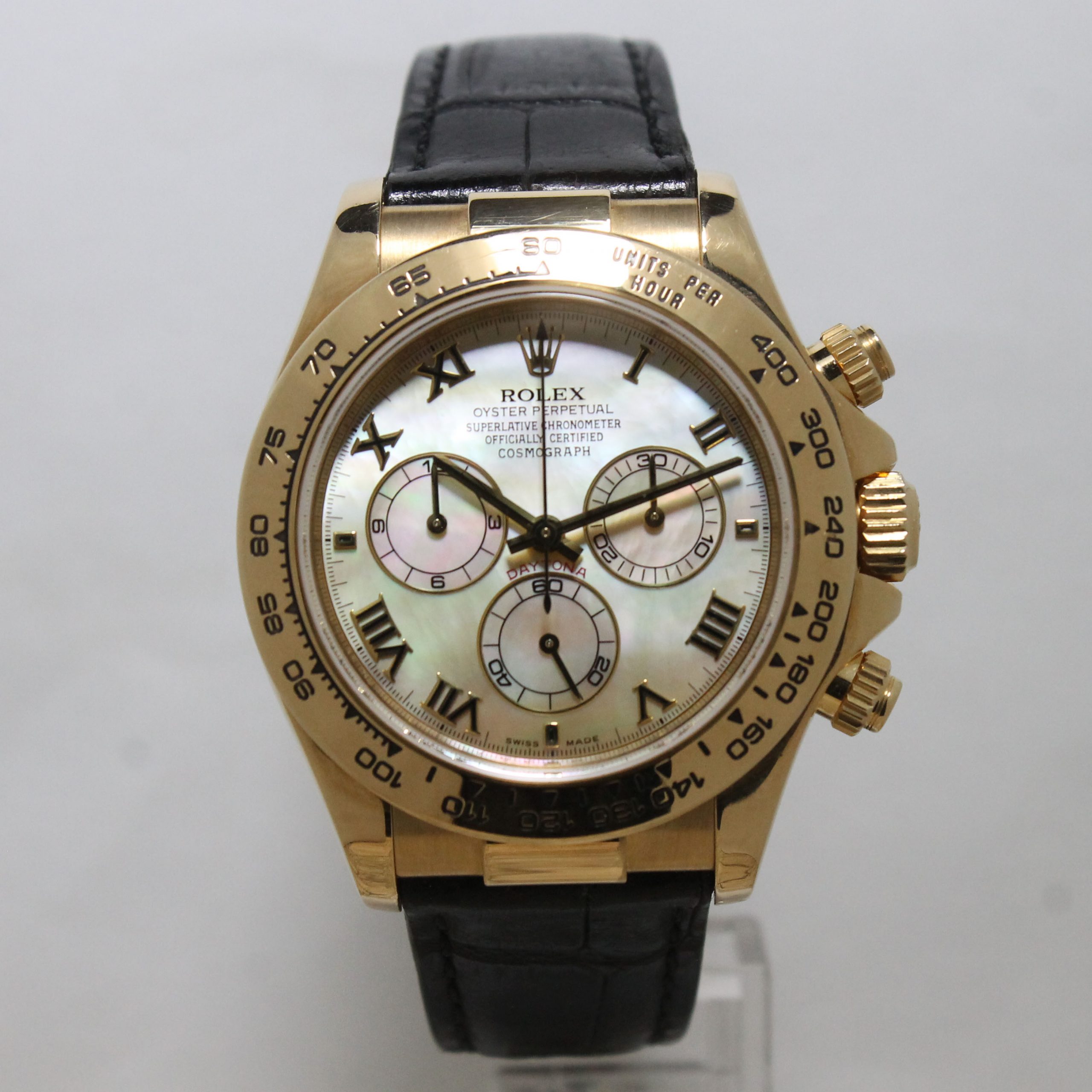 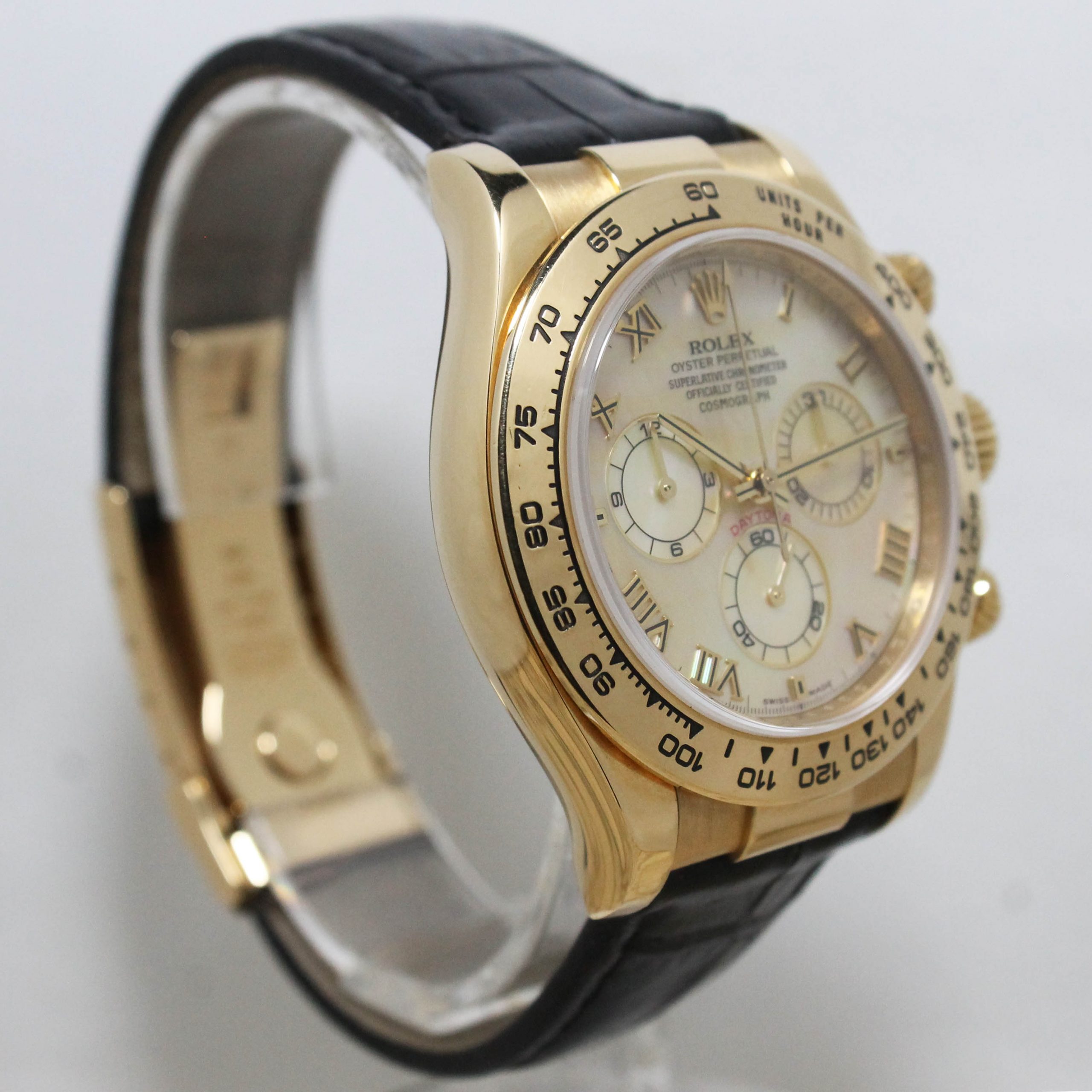 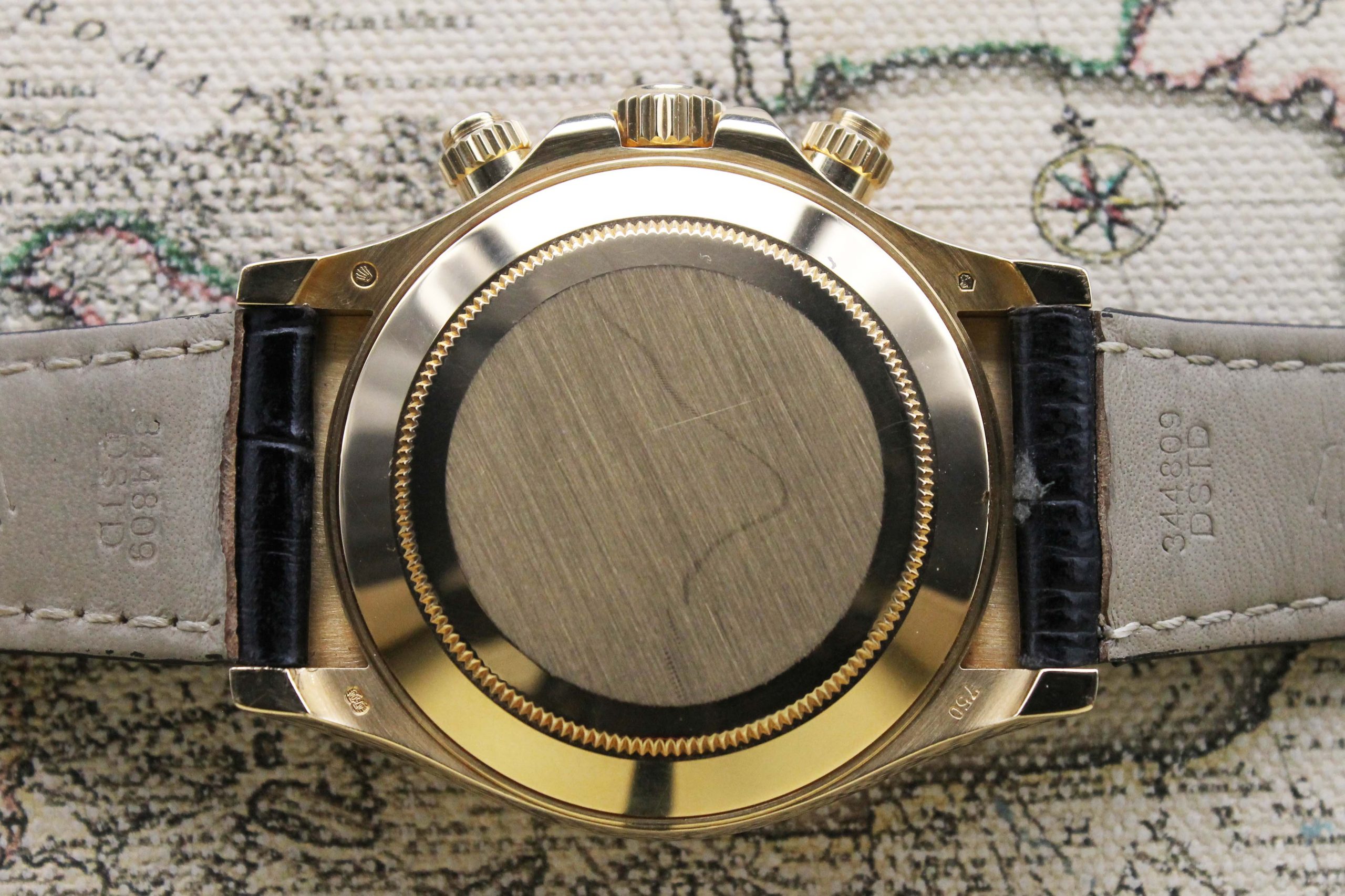 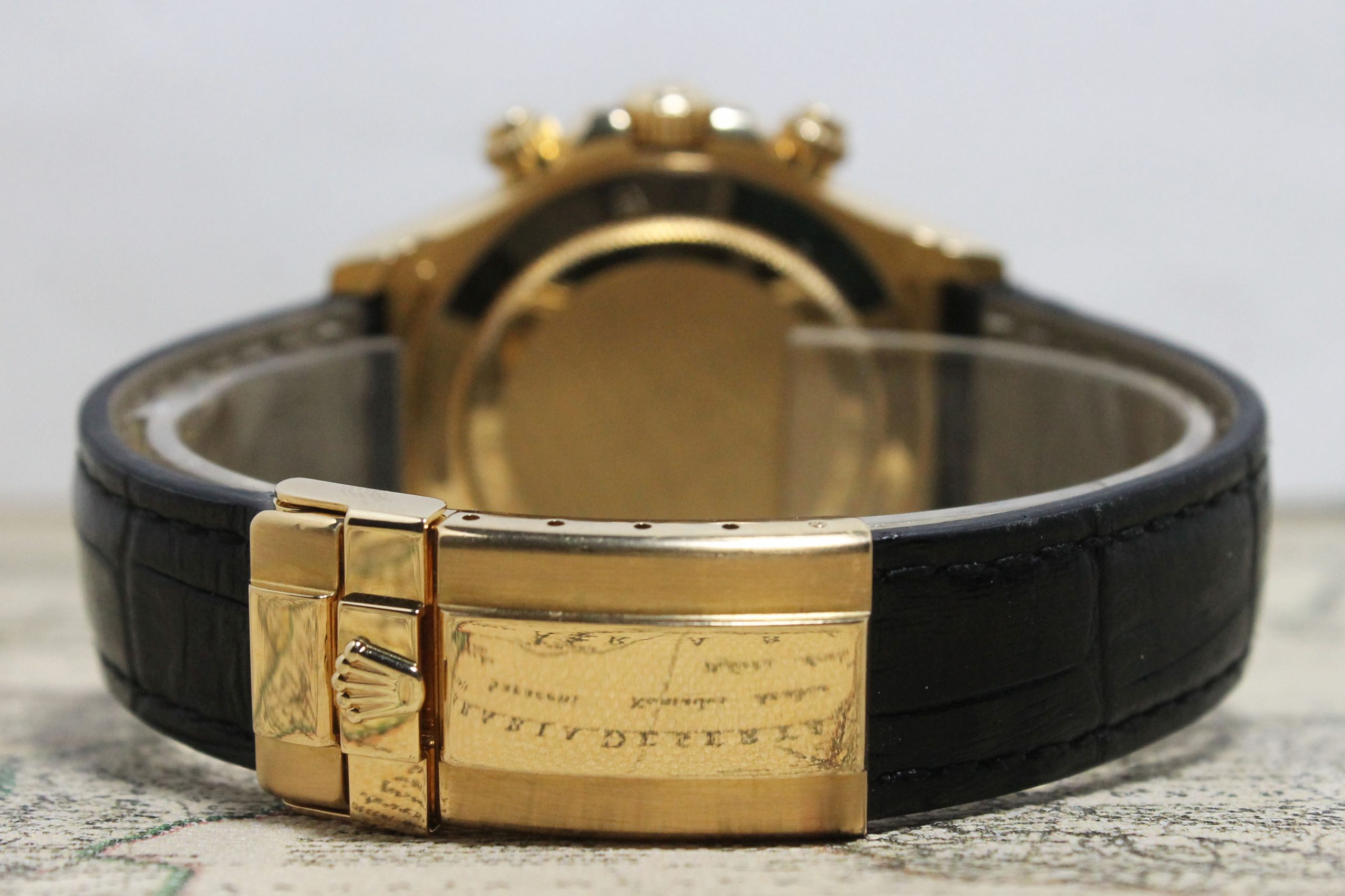 Yellow MOP       - This 2010 Daytona 116518 is in overall great condition bearing a strong case and a well retained bezel. The dial is yellow Mother of Pearl with applied Roman numerals and looks so good (pictures don't do justice, really). The colors of the dial are mesmerizing and though there isn't a huge contract to the case, look stunning.