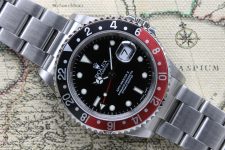 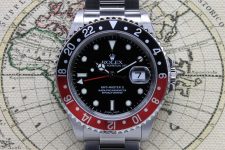 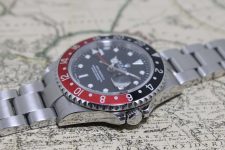 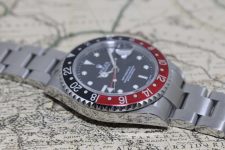 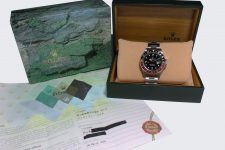 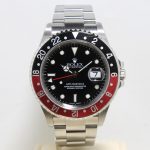 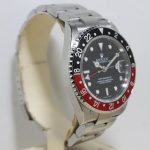 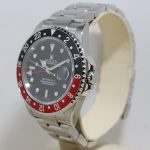 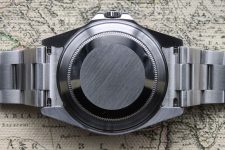 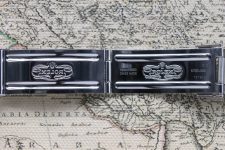 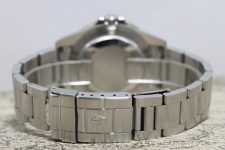 The Coke      -      Up for grabs is a stunning example of the Rolex GMT Master II with Coke insert in a beautiful collector's full set. The case has just been professionally polished, remains sharp and crisp.The case configuration is the last one Rolex did for the 16710 having the SEL bracelet and the no holes case which was made until 2008. Interestingly the Coke insert has been on the radar of GMT buyers lately, trying to buy the more unusual version of the 16710. This watch is not only for Pilots, its for everyone and for everyday.