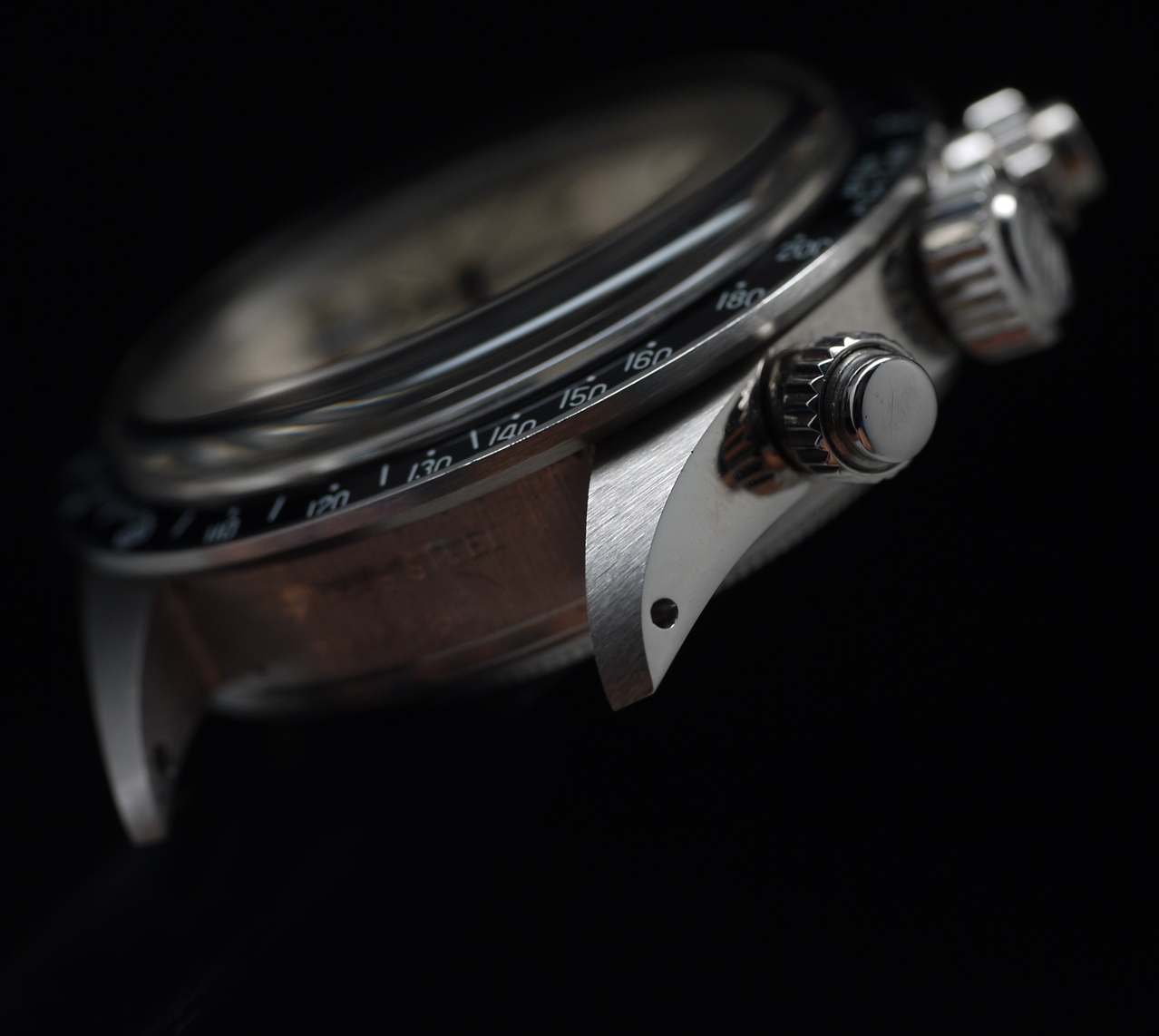 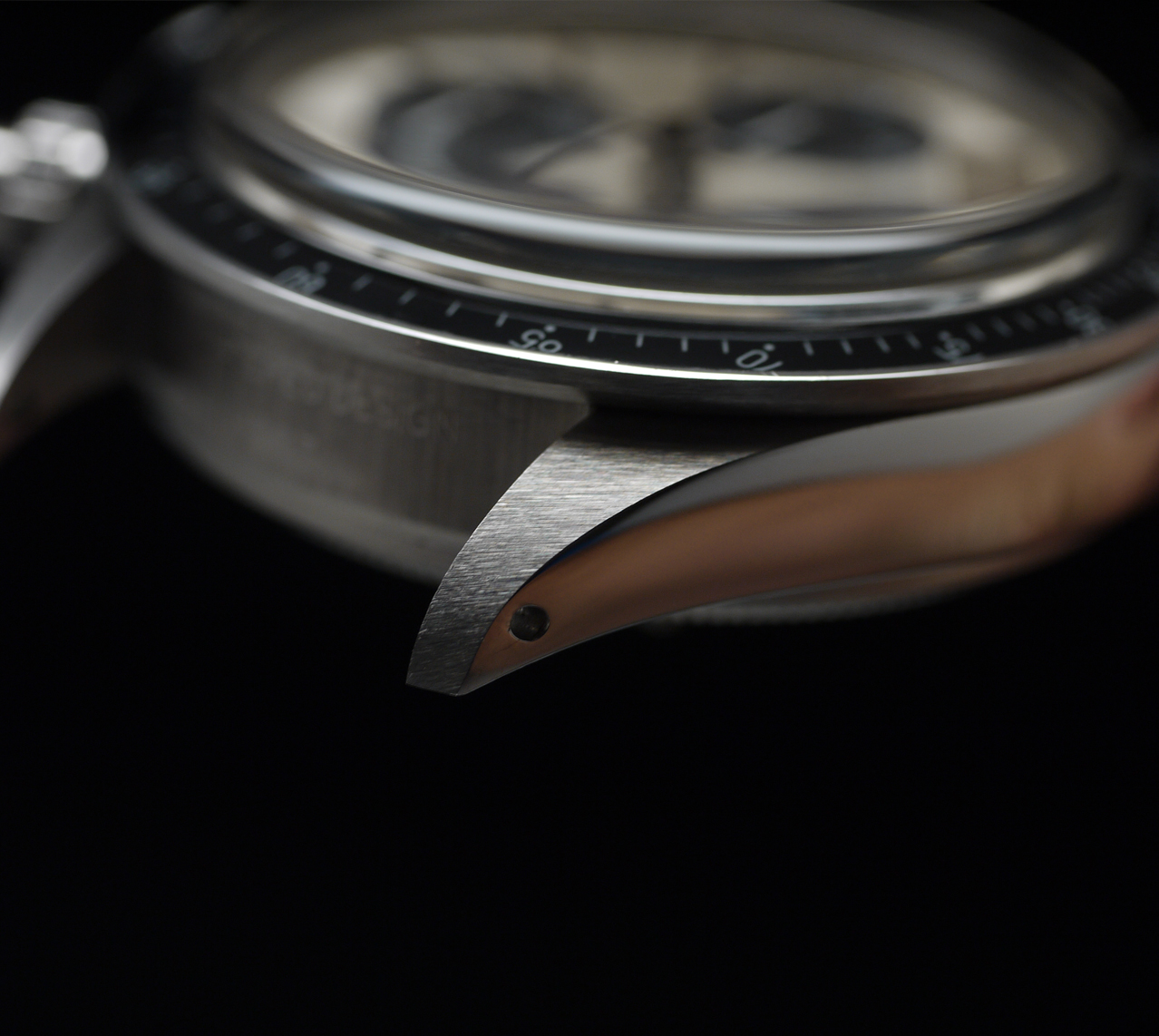 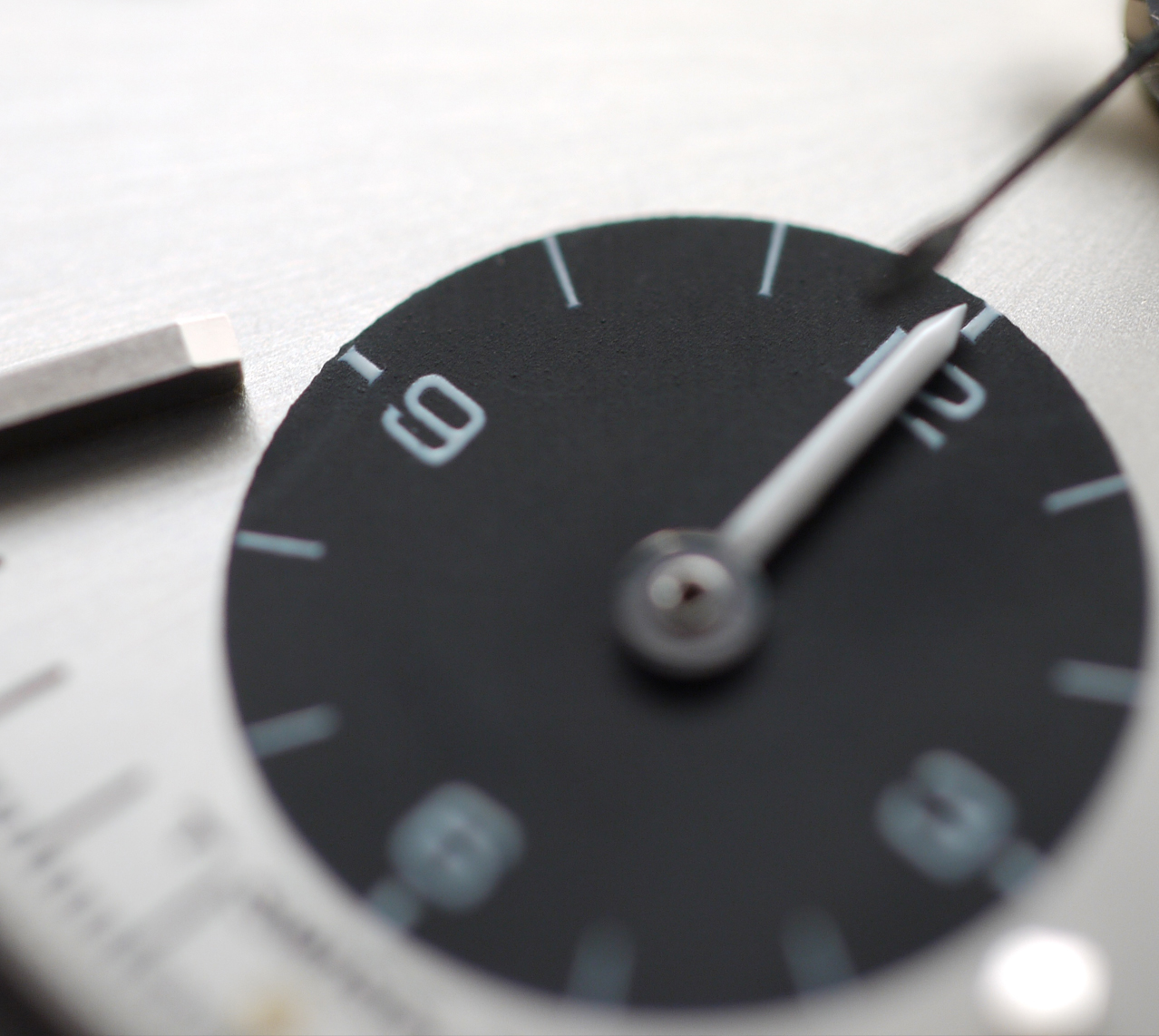 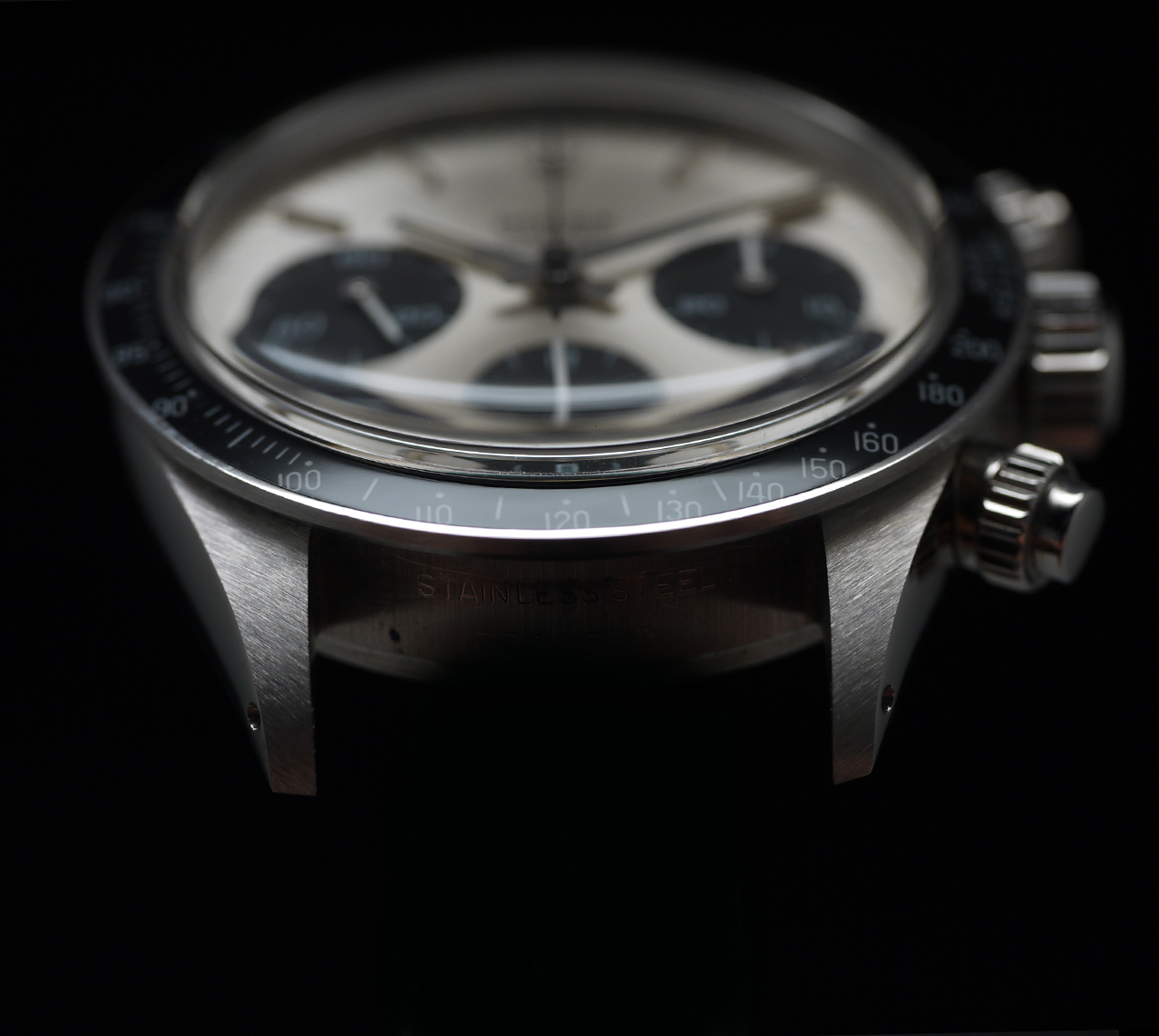 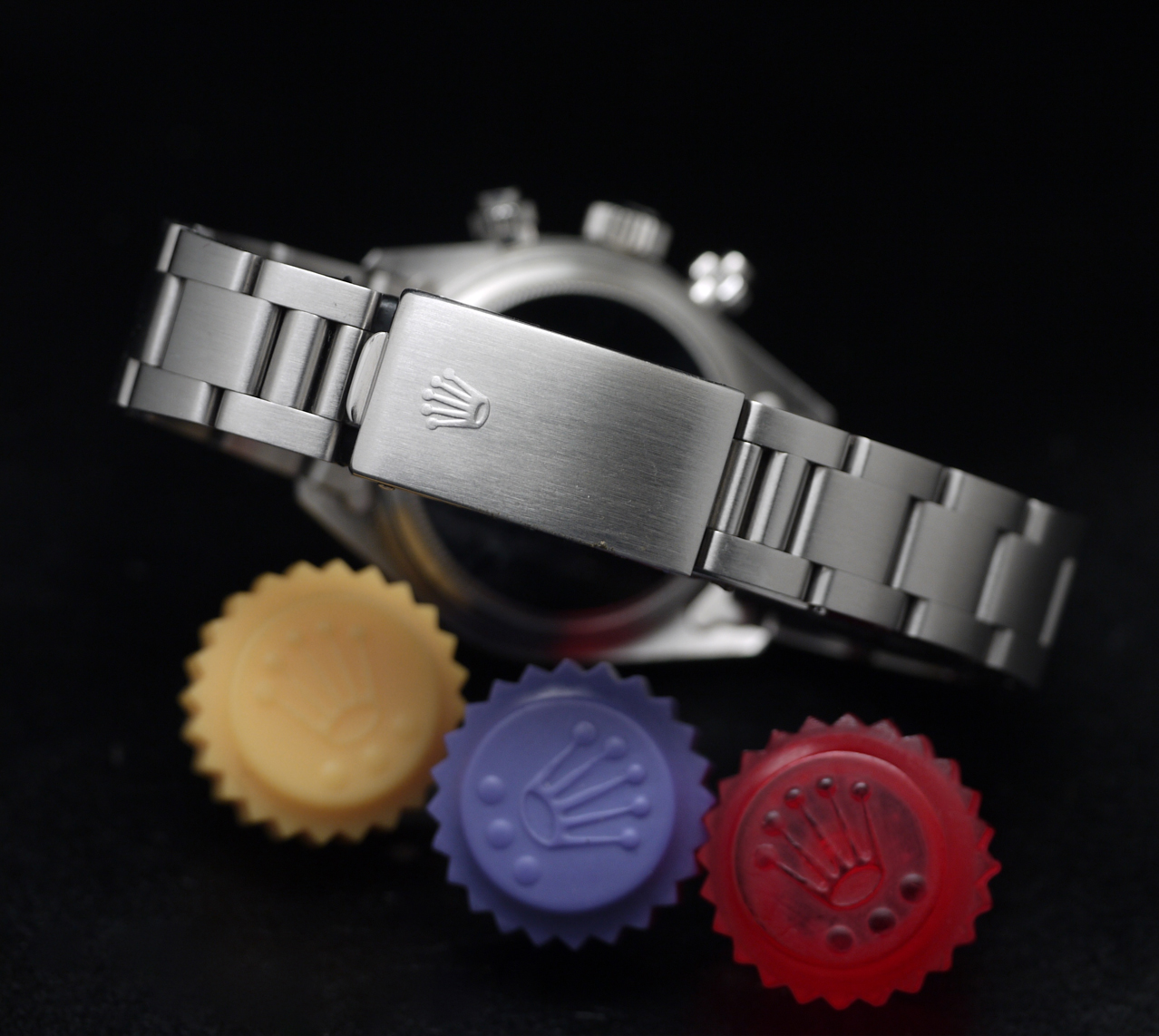 dial Original silver dial in excellent condition made for a very short period, Dial is totally Flat ,there is some very very light surface mark on the minutes subdial which can only be seen at an extreme angle, original hands match perfectly.

case original case has been detailed in the past. the lugs remain even and thick. the bezel is in overall very good condition with some average wear. the pushers, crown and glass are original.

accessories Comes with an original Rolex inner and outer box.

comments An absolutely stunning and collectible daytona. They have become very rare to find, a great addition to any collection. This Fantastic and rare Cosmograph is in super conditions with one of the rarest dial variations known, the “Very Flat” dial, the three subdials don’t have the typical concentric circles and there is basically no “step” between them and the rest of the dial’s surface. A similar example is published on Pucci Papaleo’s “Ultimate Rolex Daytona” book, pages 476-479.