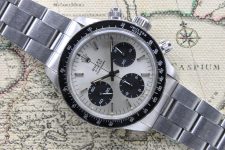 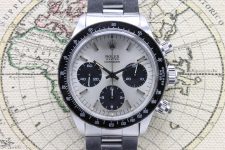 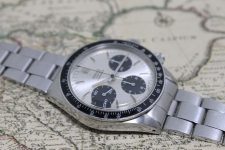 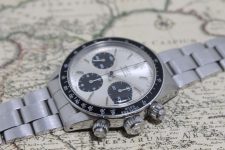 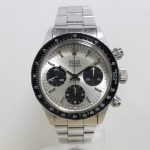 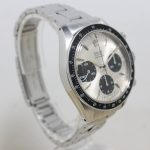 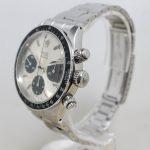 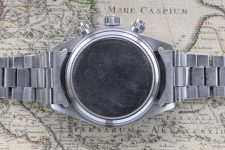 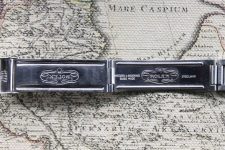 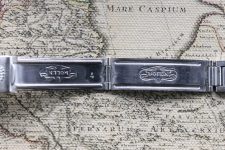 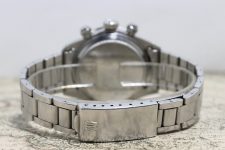 The Sigma 6263     -     The Daytona 6263 was born in 1971 as an upgrade to earlier references, mainly consisting of two main features, the pushers and the movement. After the transitional 6240 reference, the 6263/6265 was the first long run production featuring screw down pushers for higher water resistancy. They add a lot to the look and feel of the watch, plus the watch wears a bit bigger on the wrist. The second major change is the movement change from the Cal.722 to Cal.727 for enhancement of performance. Obviously the dial configurations changed slightly as well. What we have here is an early example of the 6263 from ca. 1974/1975 with a beautiful silver Sigma dial. You might ask, what is a Sigma dial? So let us keep this short. Sigma is a letter in the Greek alphabet and if you zoom into the markings at 6 o clock on the dial you will see that on the right and left side of the 'T Swiss T' marking you will see a lower case Sigma. These markings were compulsory markings that Switzerland imposed on watchmakers in the early 1970s. These markings came in effect in ca. 1973 and were there to actually promote the use of gold parts on the dial. In this case, the baton indexes and hands are in white gold. The watch is overall in a beautiful condition and well preserved. The case is sharp with great proportions and doesn't show much wear in age. In today's market it becomes tough to find a correctly configured Vintage Daytona. in many cases, some parts would have been changed and lost over time. This very watch is a great example of a 6263 Daytona featuring the original hands, bezel and pushers, the parts which are usually replaced by Service parts first when sent in to Rolex. This watch is a feast for the eyes, the brownish color of the lumes and hands stands out on the very clean silver dial. contrasting with the black subdials and bezel. A great great Daytona, look for yourself.