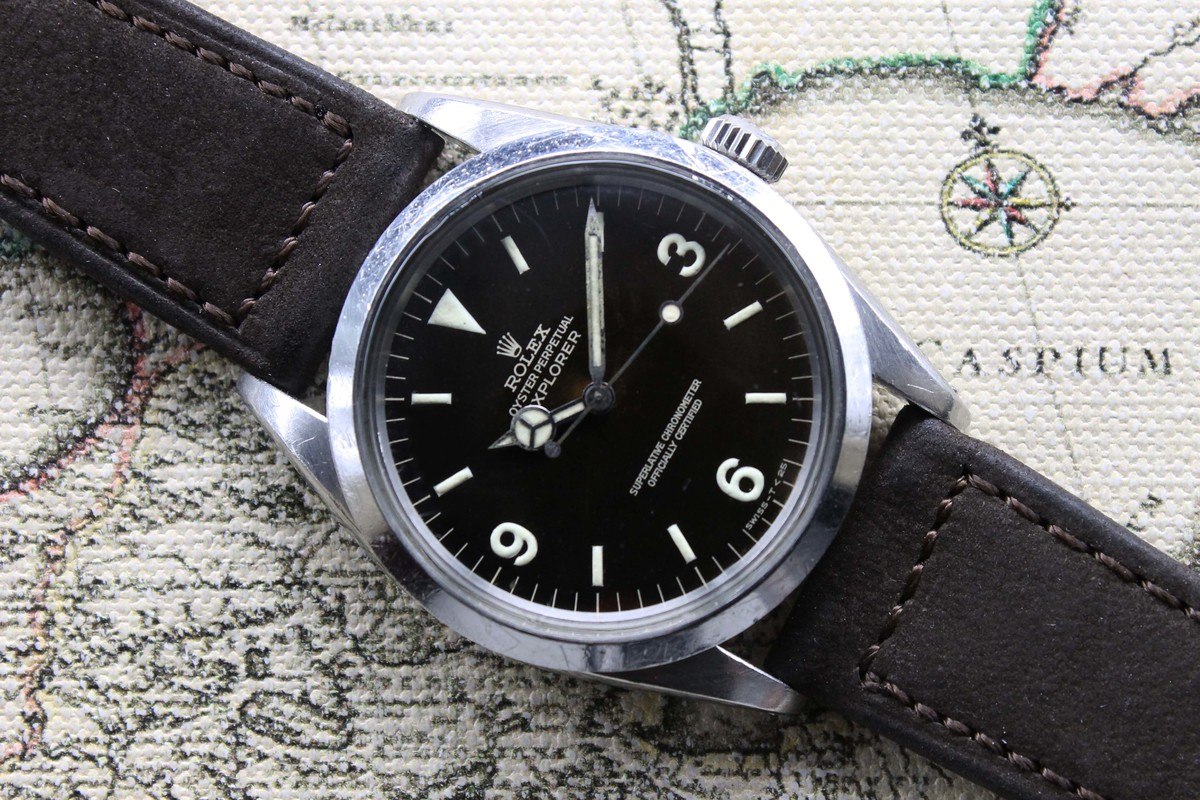 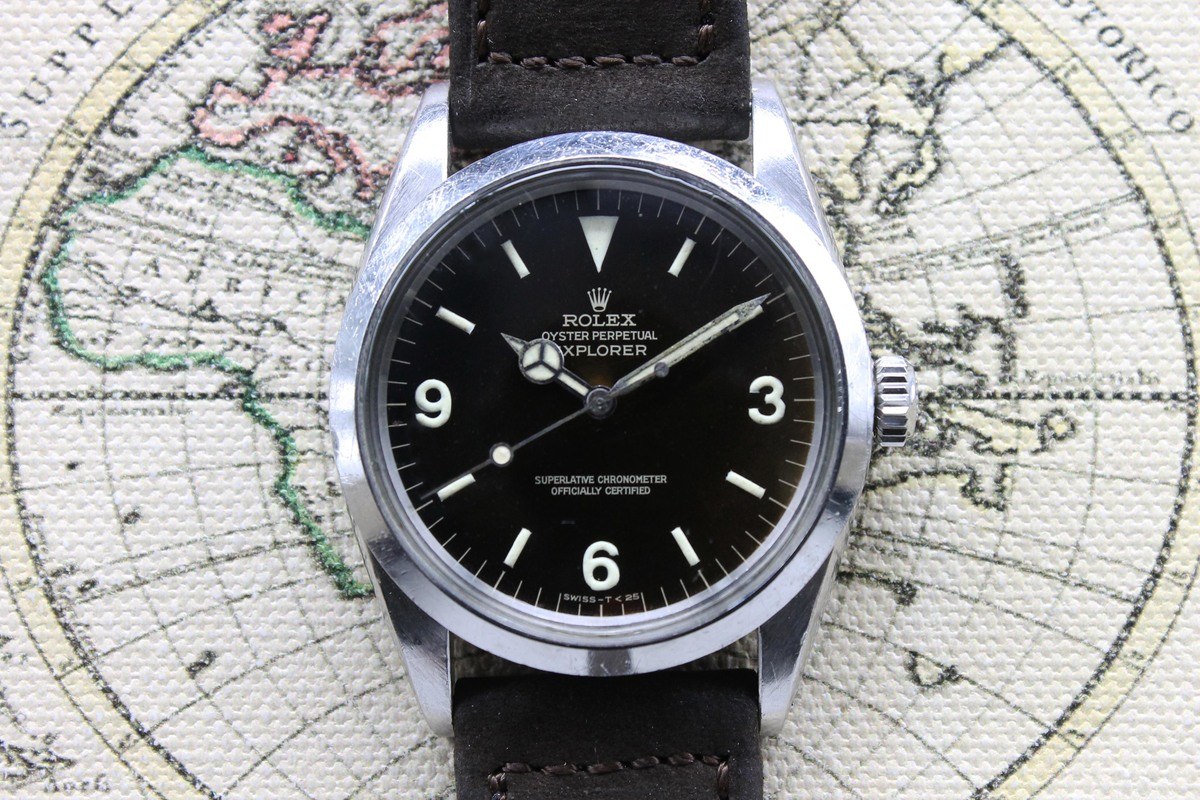 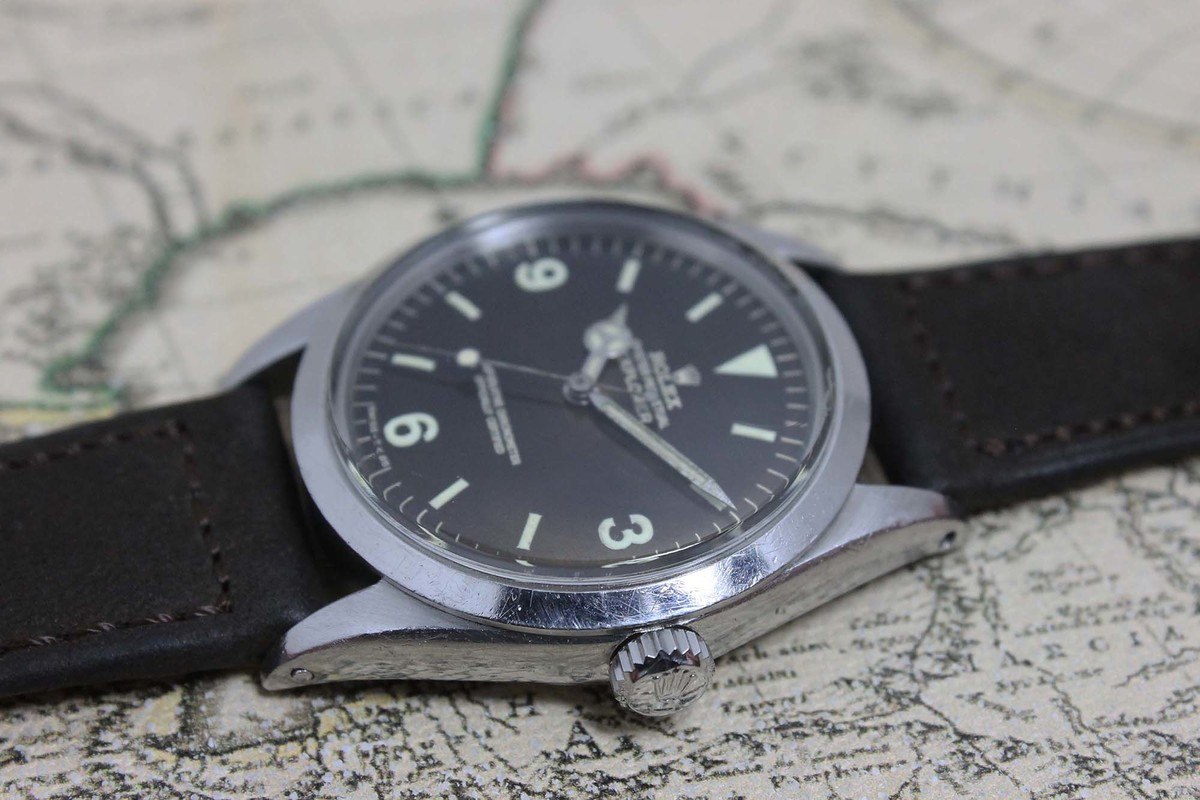 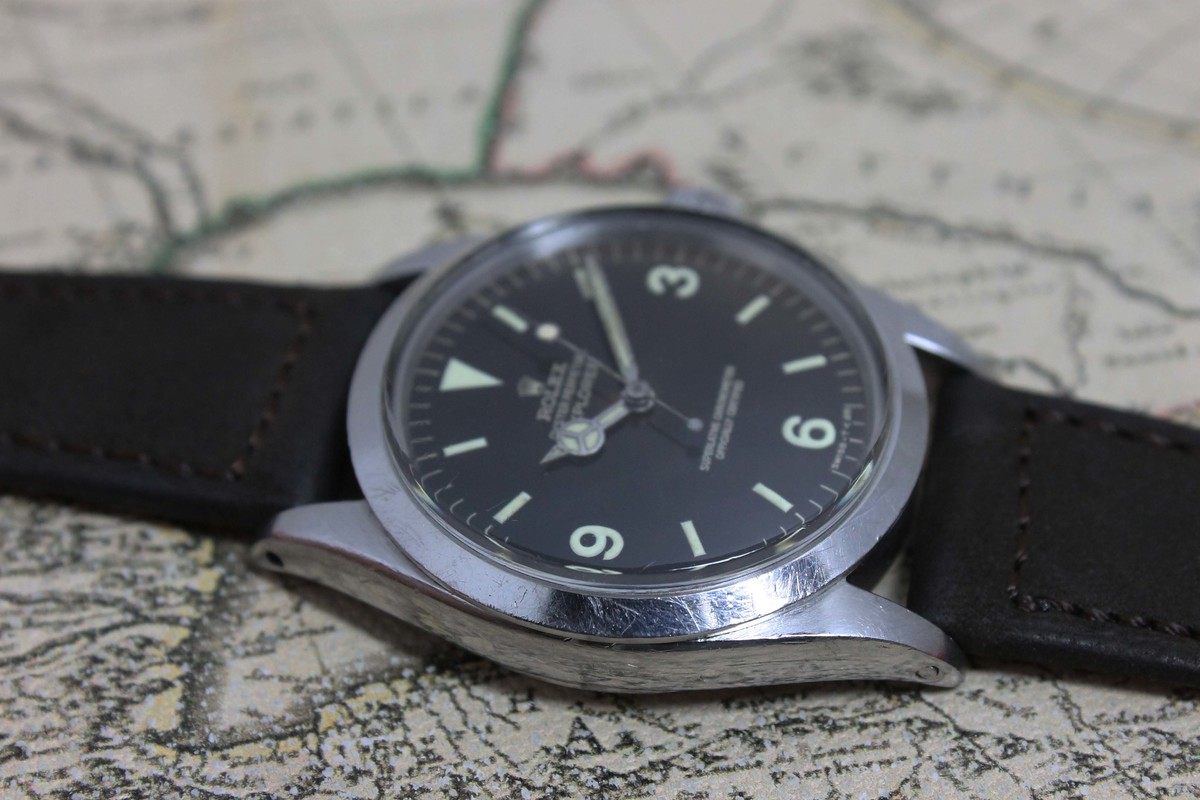 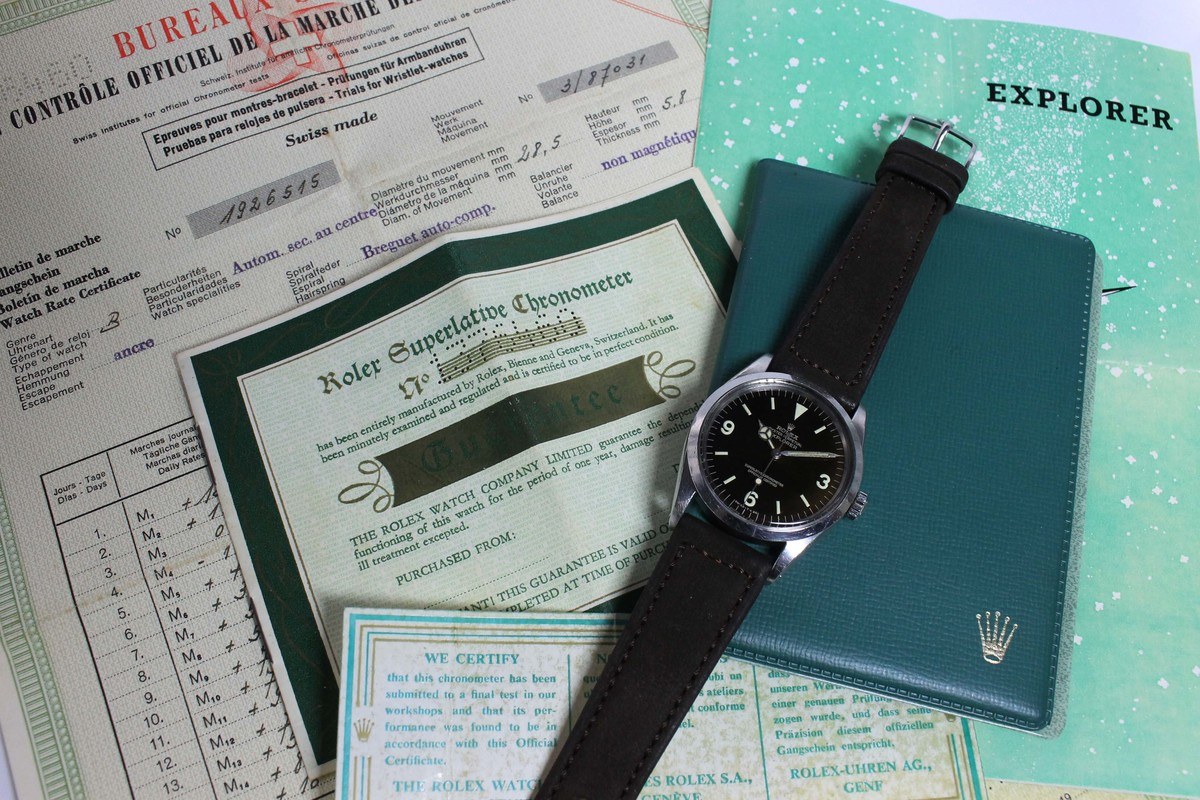 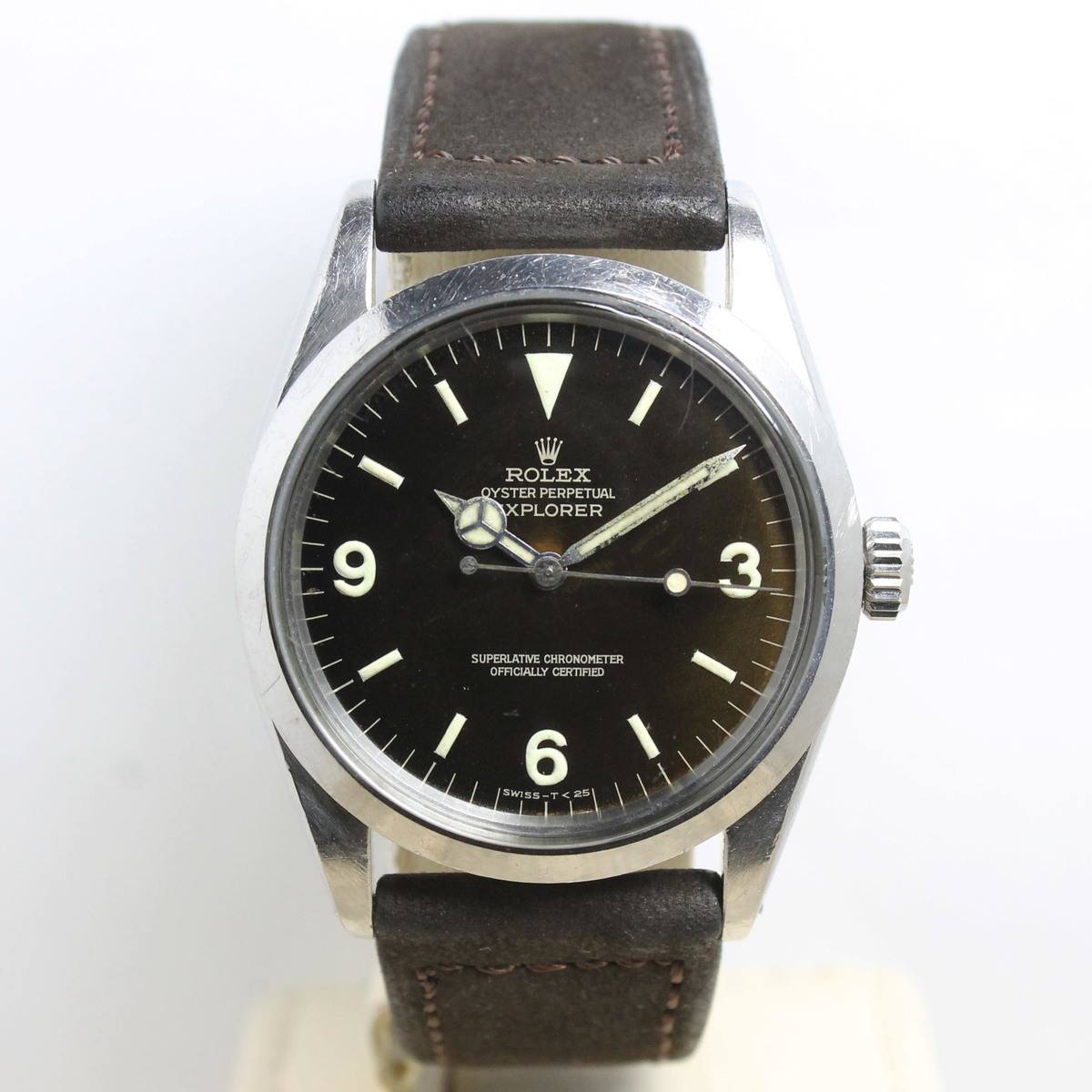 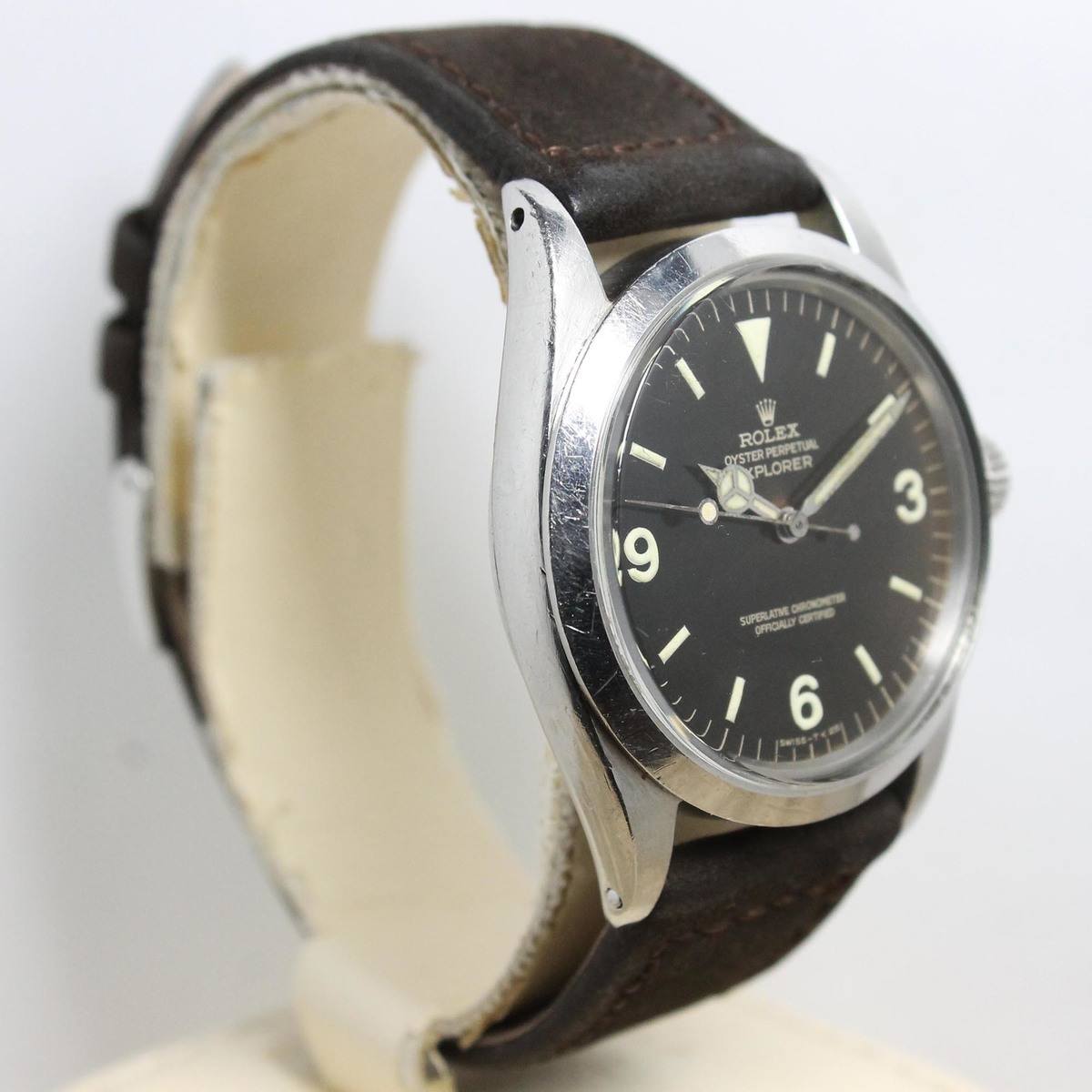 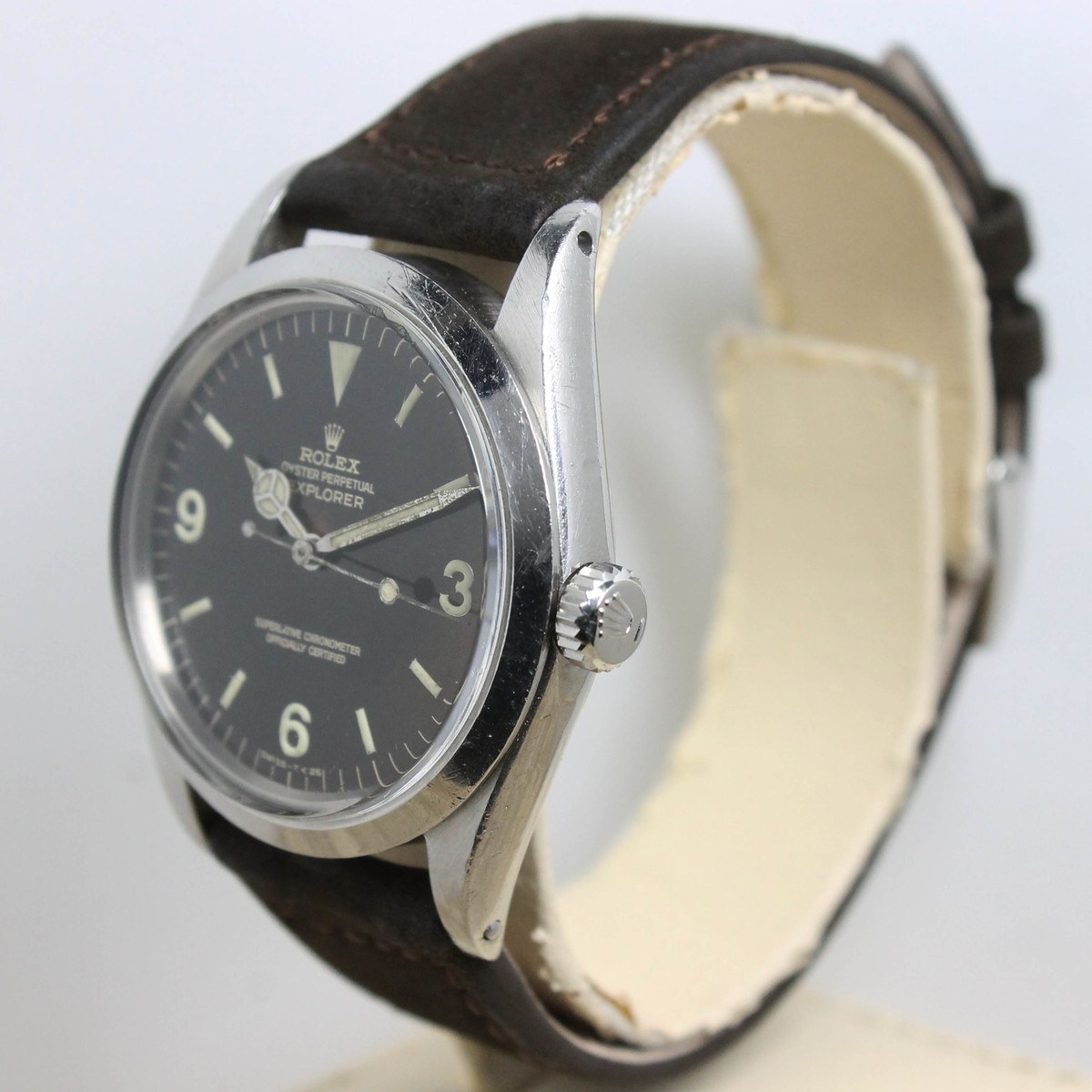 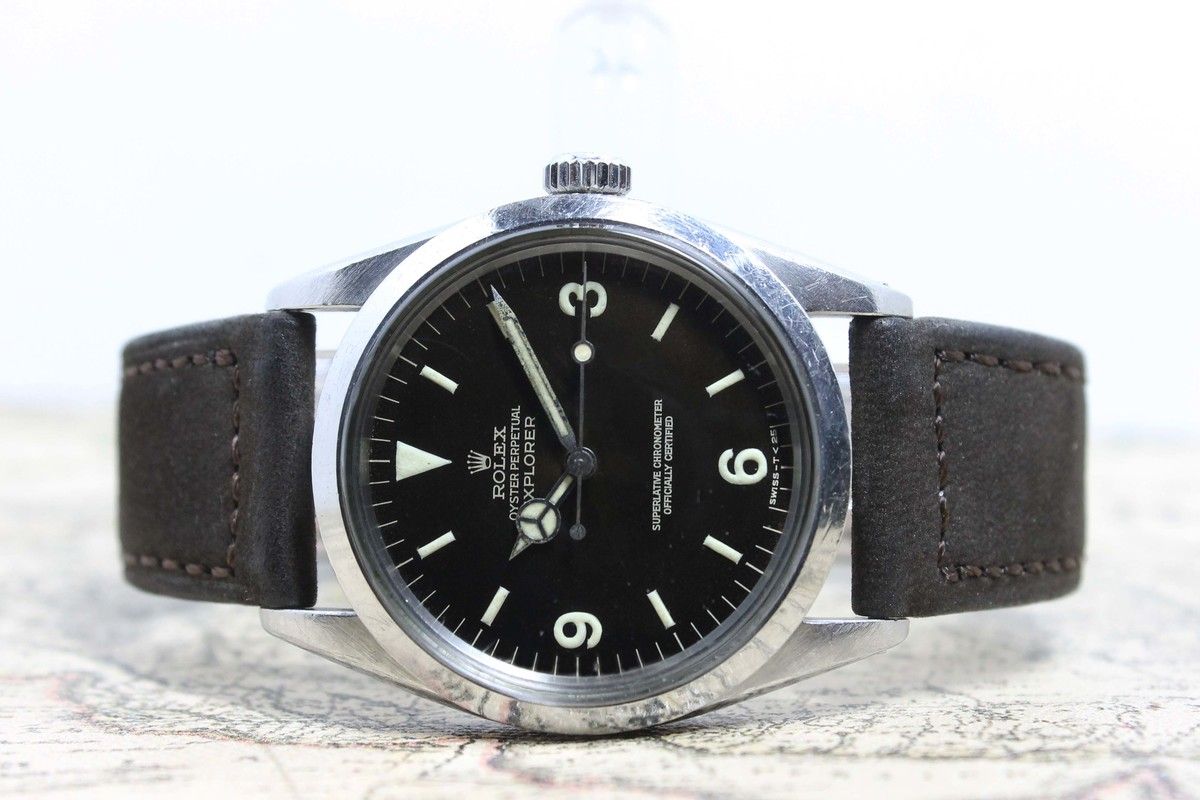 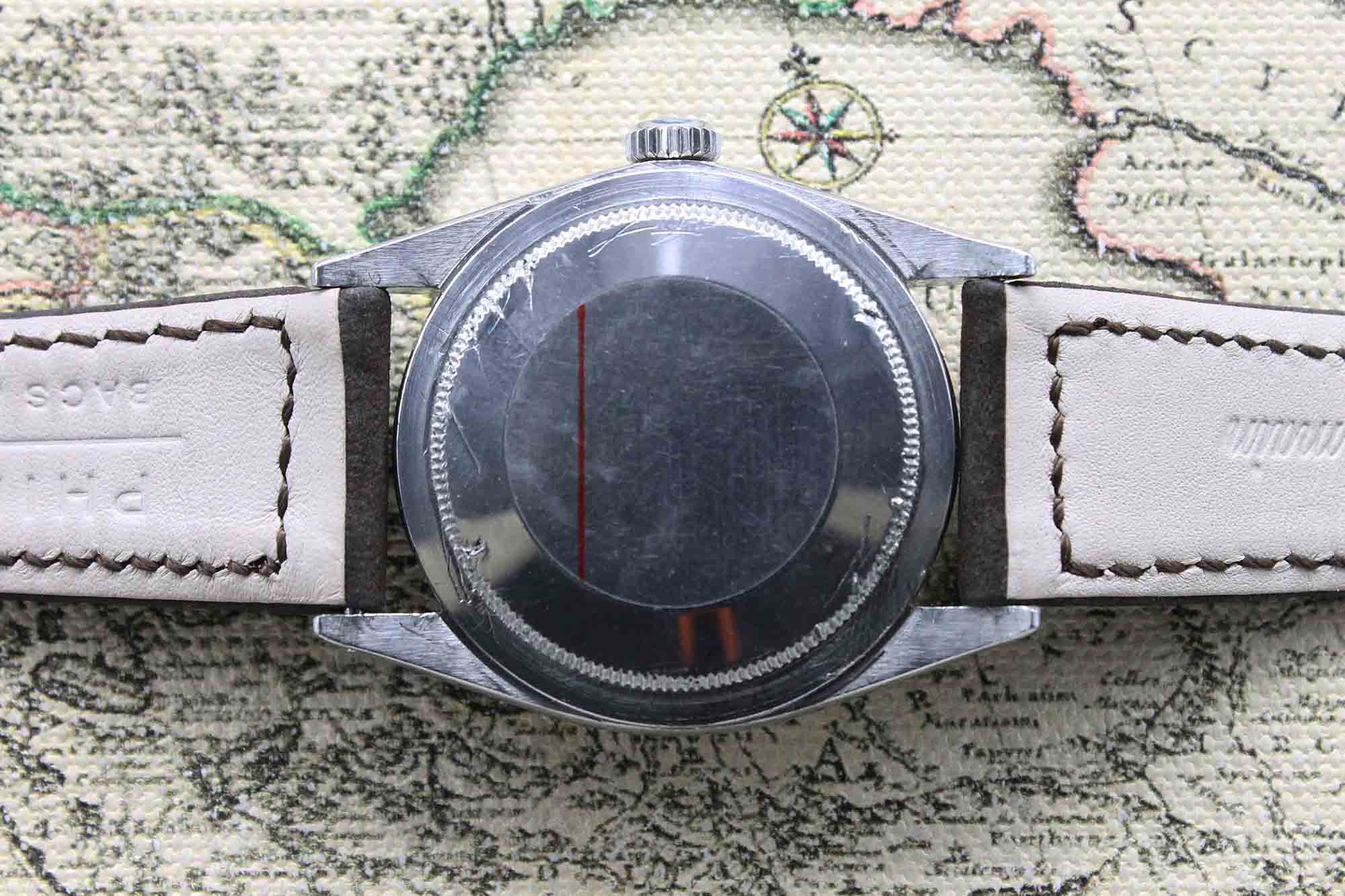 One of the most sought after and popular versions of the Rolex Explorer 1016 is the tropical gilt dial. The simplicity of the case helps to focus on the heart of the watch, the dial. When in a natural brown the watch reflects so much character and makes each piece unique. We are fortunate to offer this example with original COSC Test paper and punched warranty.

Inspired by knowledge gained from this fascinating chapter of human adventure, the Oyster Perpetual Explorer, launched in 1953 to celebrate the victorious ascent of Everest, immediately acquired iconic status.

In 1953, Sir John Hunt’s expedition, in which Sir Edmund Hillary and Tenzing Norgay reached the summit of Mount Everest, was equipped with Oyster Perpetuals.

In the early 1950s, Rolex developed professional watches that served as tools and whose functions went far beyond simply telling the time. These watches were intended for professional activities, such as deep-sea diving, aviation, mountain climbing and scientific exploration. The watches generated lasting enthusiasm and became known as the watches of achievers.