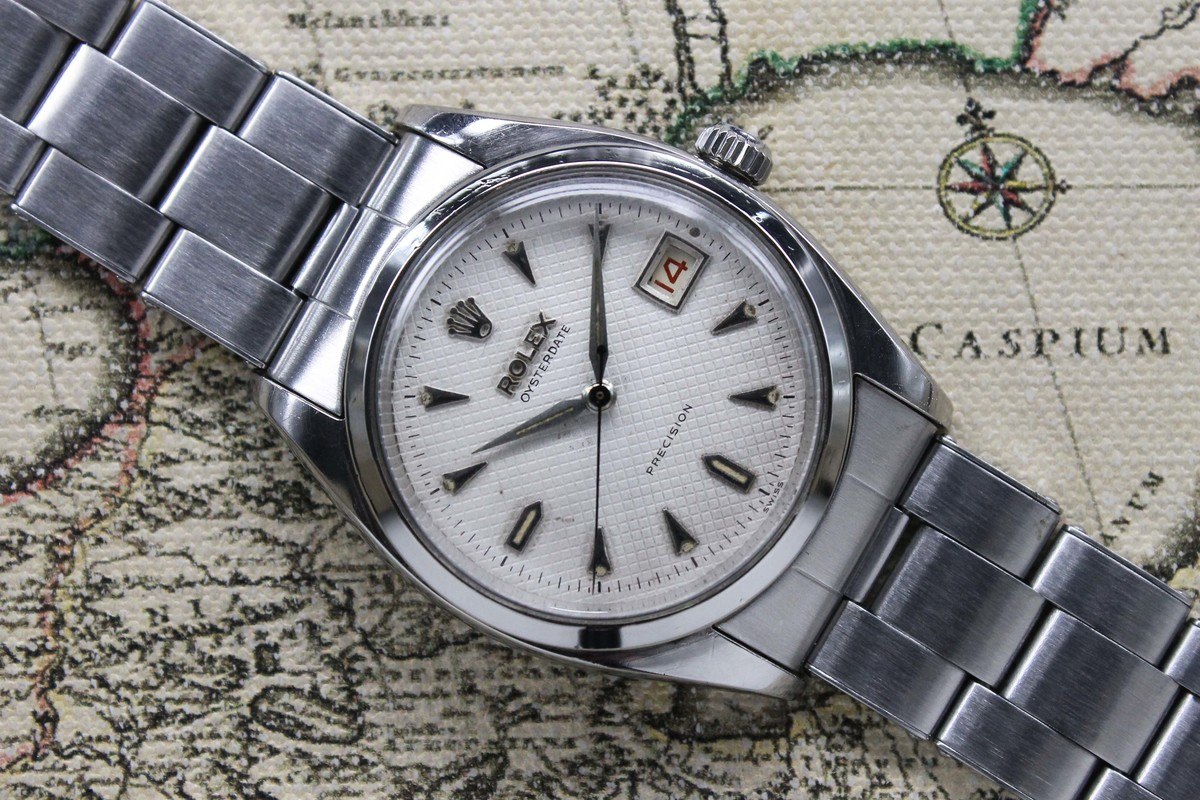 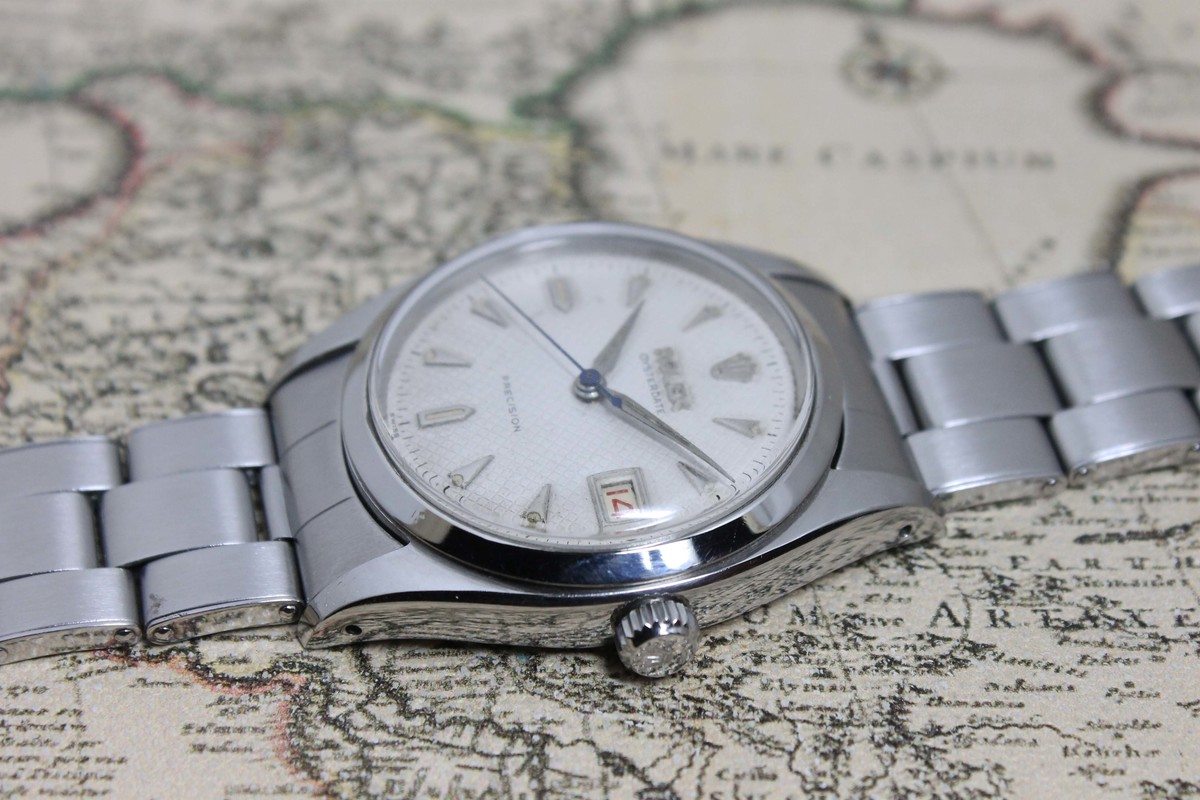 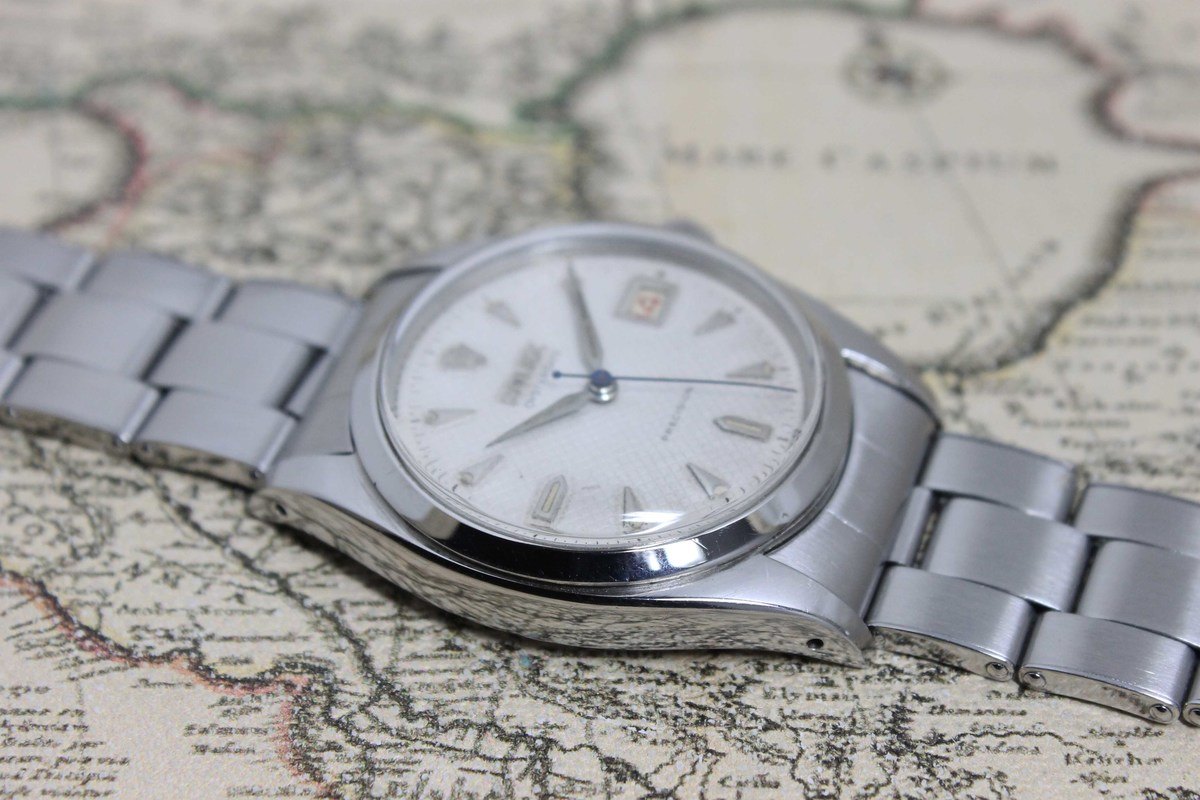 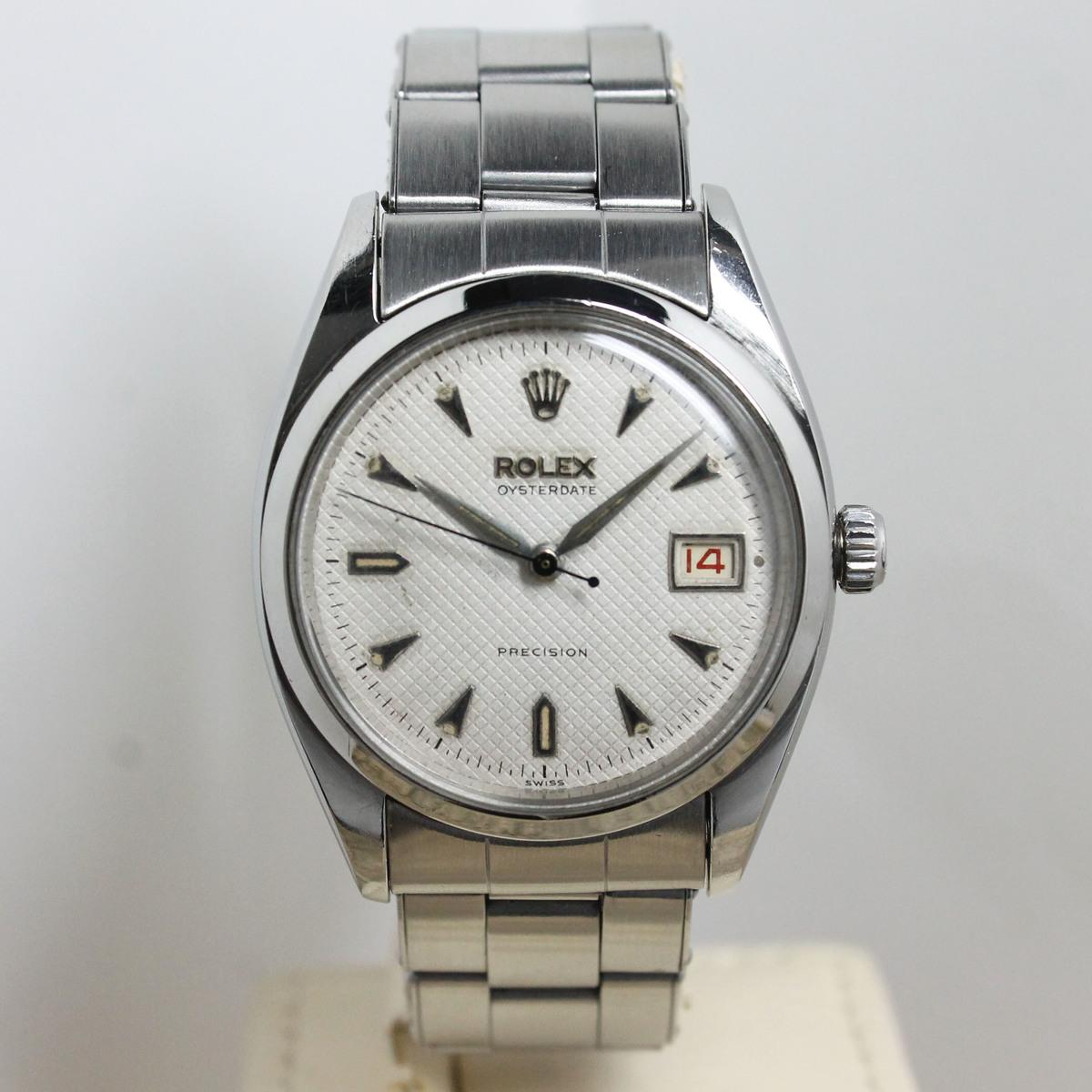 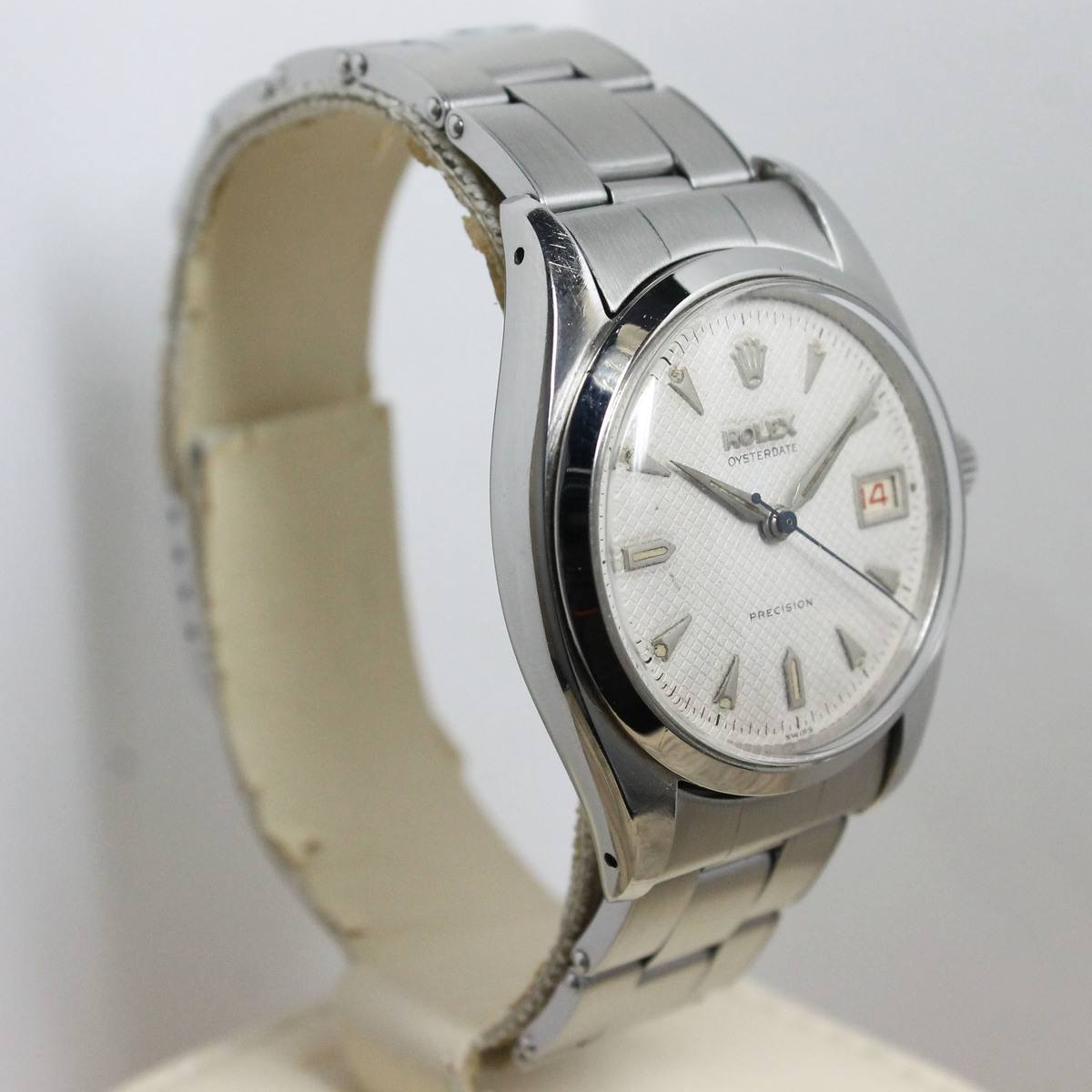 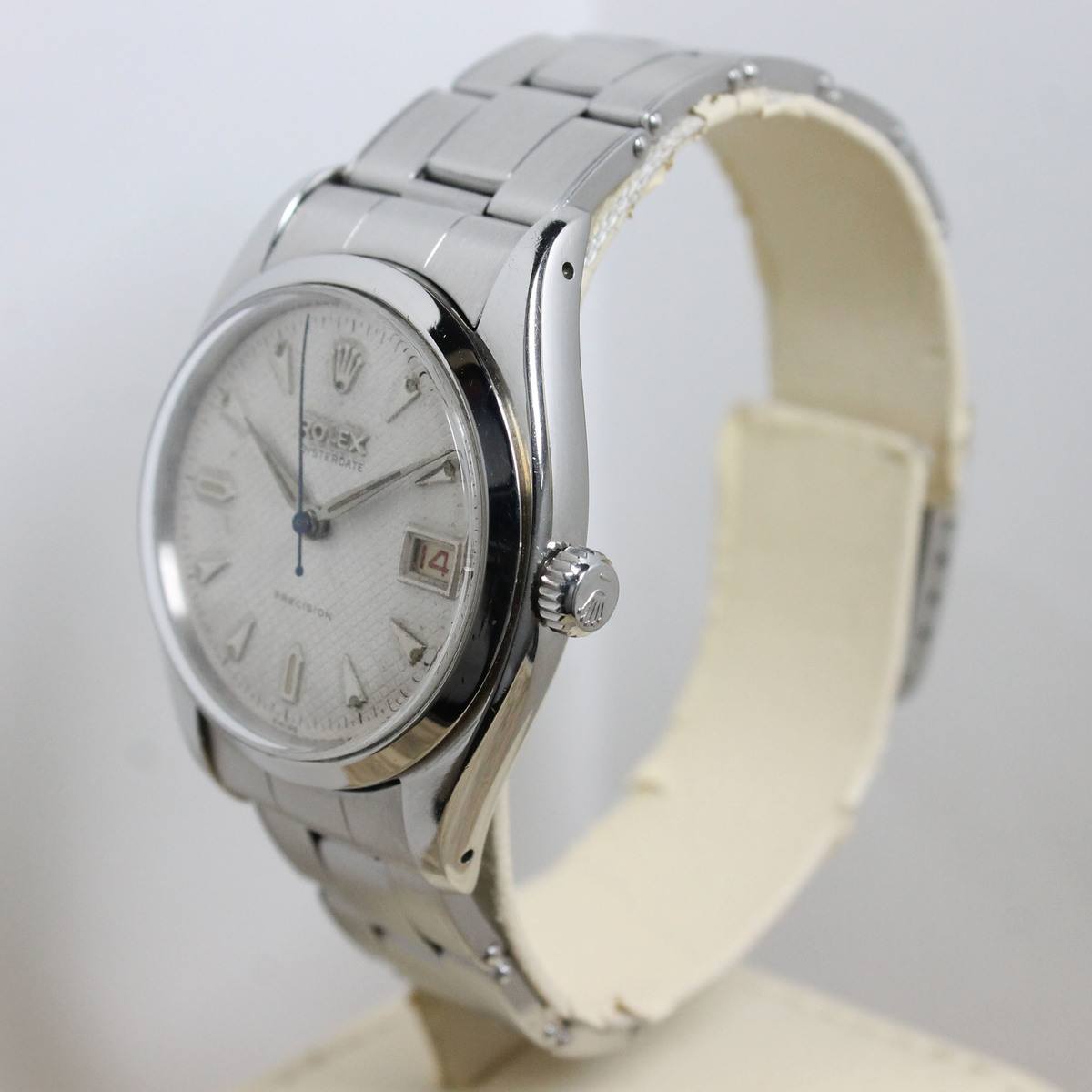 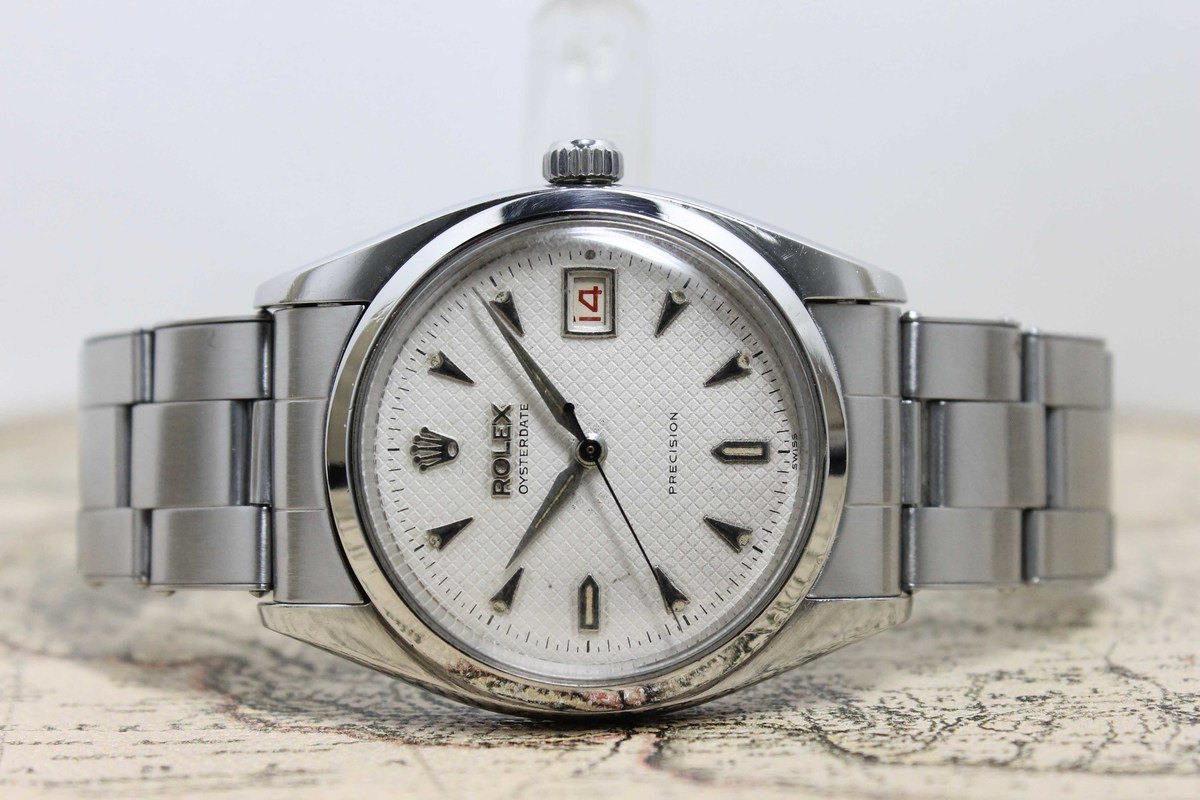 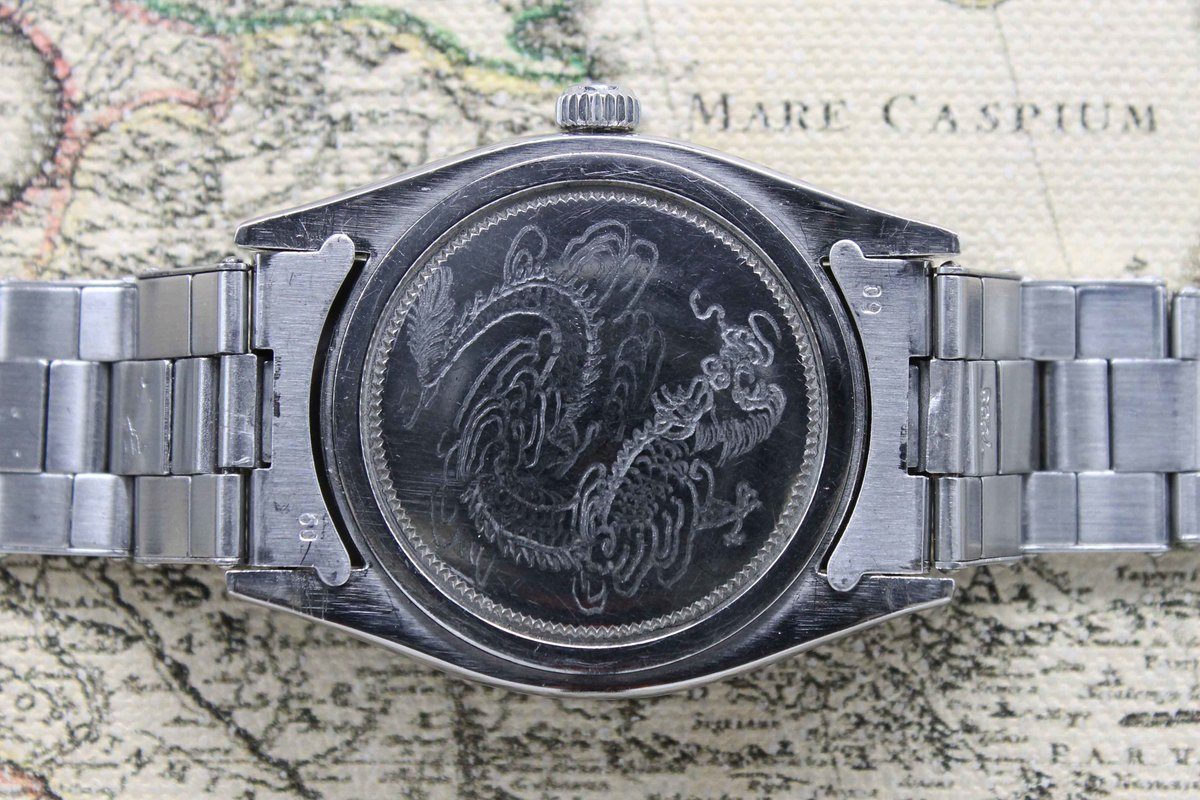 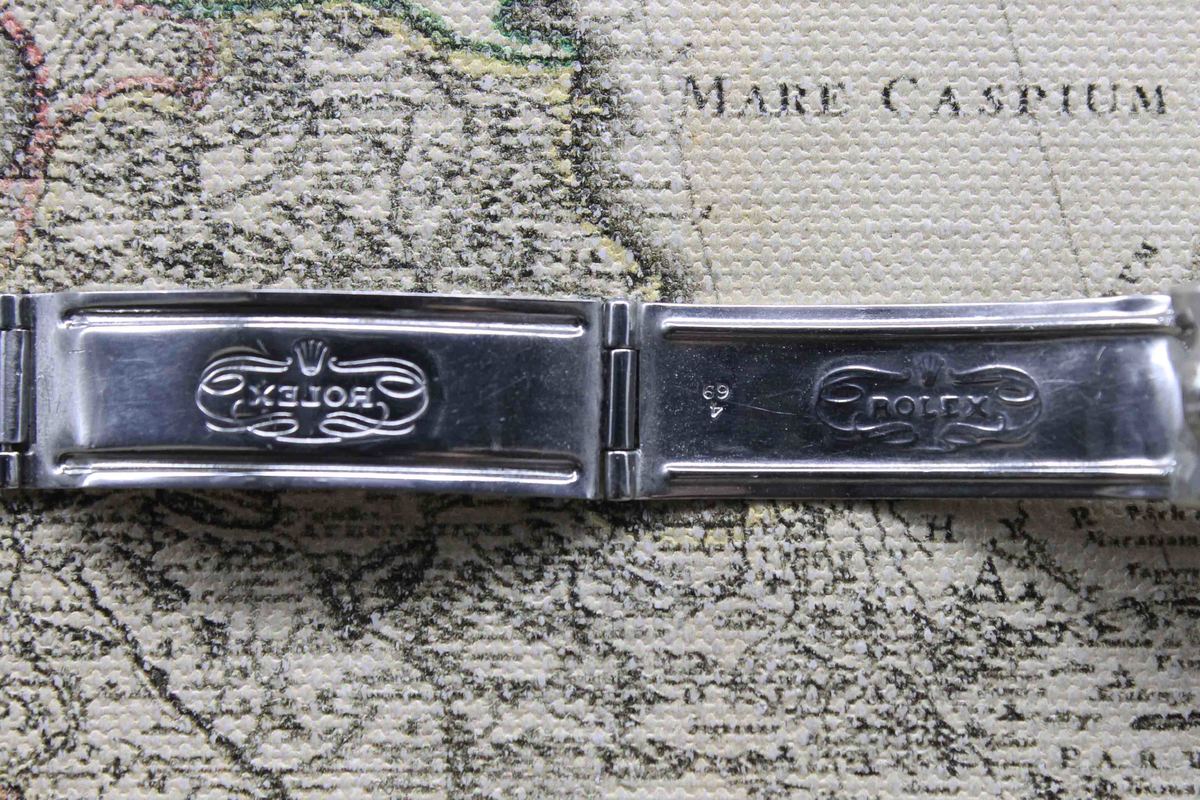 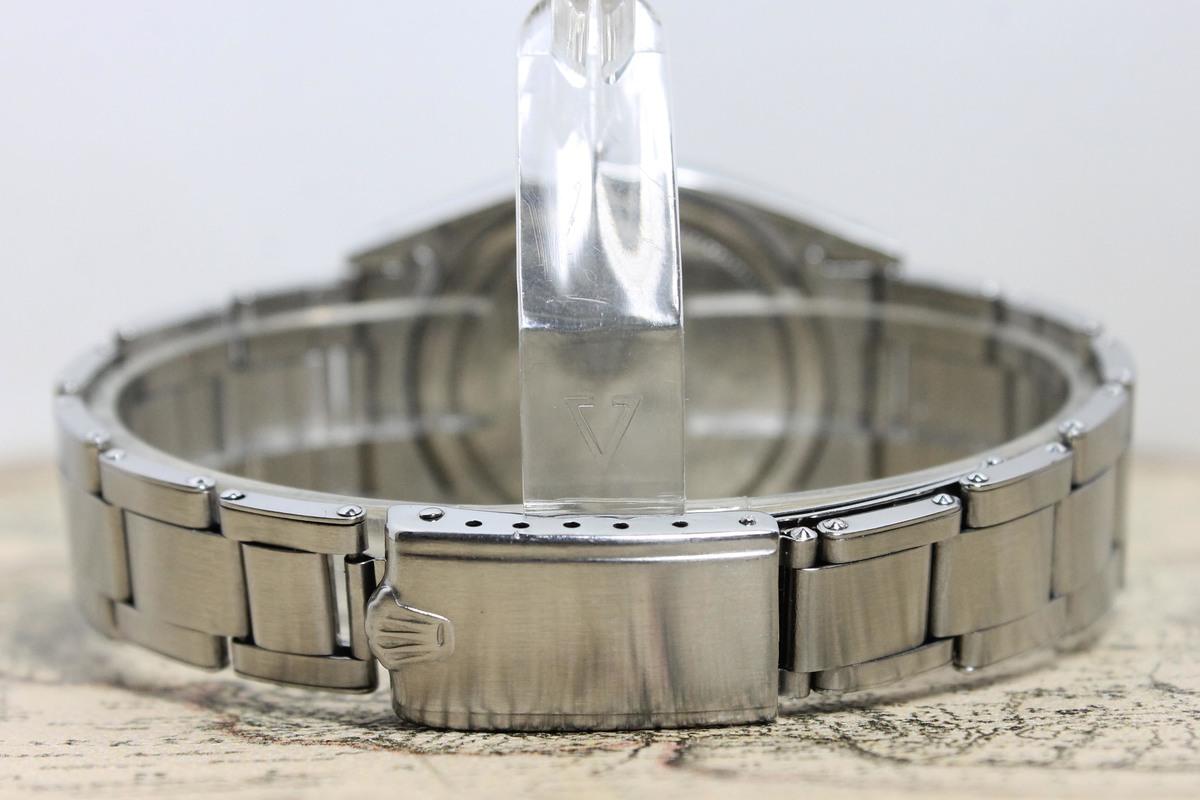 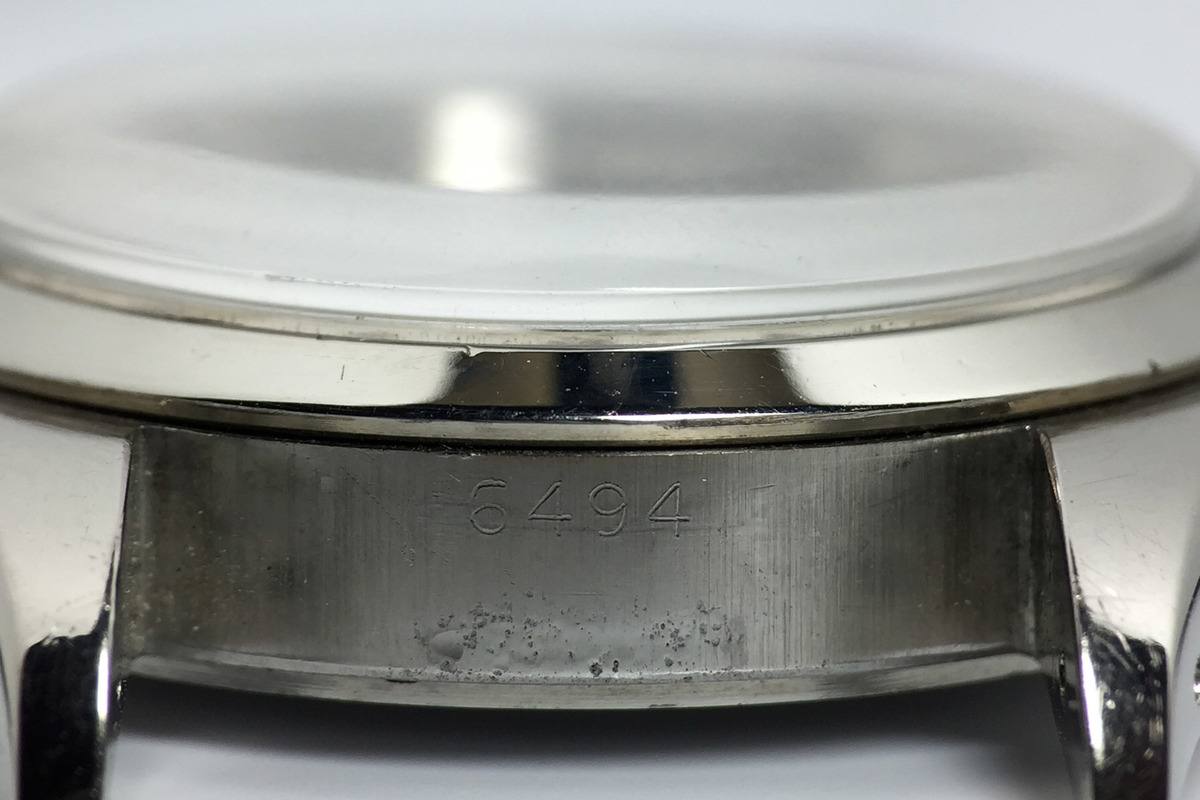 The Reference 6494 is known as a basic precision, however this reference comes in different dial variants. The rarest and most distinguished one is probably the Honeycomb dial bearing a waffle pattern on the dial. The dial shows some aging which at the same time is a proof that it has not been repainted or refurbished. The Roulette date puts cream on top and makes this very understated model a feast for collectors

THE QUEST FOR CHRONOMETRIC PRECISION 1910

Rolex first concentrated on the quality of the movements. The relentless quest for chronometric precision rapidly led to success. In 1910, a Rolex watch was the first wristwatch in the world to receive the Swiss Certificate of Chronometric Precision, granted by the Official Watch Rating Centre in Bienne. Four years later, in 1914, Kew Observatory in Great Britain awarded a Rolex wristwatch a class “A” precision certificate, a distinction which until that point in time had been reserved exclusively for marine chronometers. From that date forward, the Rolex wristwatch was synonymous with precision.