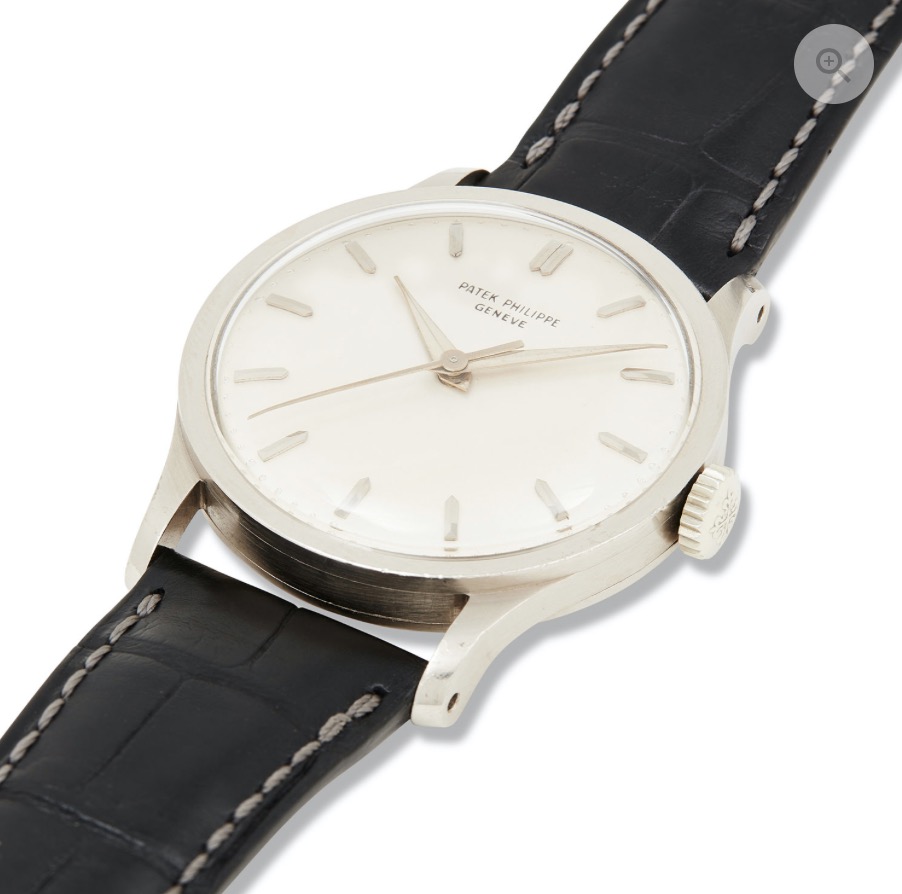 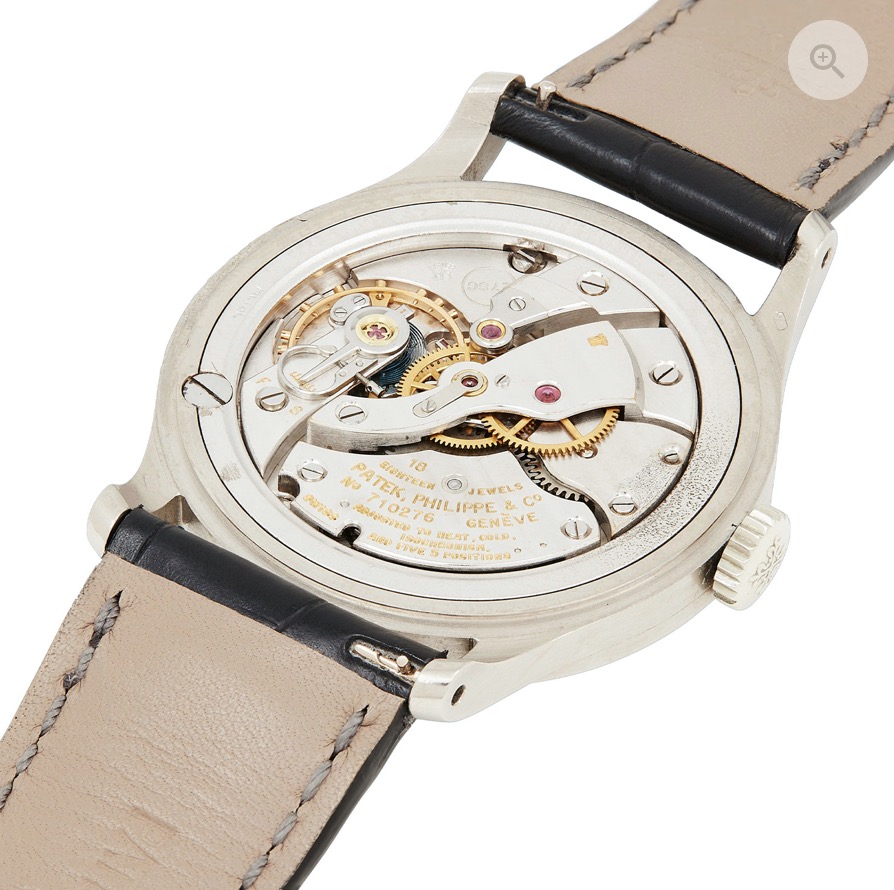 EXCEPTIONALLY PRESERVED PATEK PHILIPPE CALATRAVA IN ORIGINAL NOS CONDITION, MADE IN 1962, SOLD MAY 1963 It is no secret that Collectability is obsessed with the ref. 570. It is the ultimate expression of the classic Calatrava and looks great on the modern wrist at 35.5 mm. Made from 1938 until 1972, the ref. 570 went through numerous technical and aesthetic changes during its run but always remained true to its simple form and design. The sweep seconds versions are particularly attractive and rare. The first series of sweep seconds ref. 570 entered production in 1939 with the caliber 12-120 SC, and the second series began in 1950 with the caliber 27 SC, such as this example. The ref. 570 was made in yellow, white, rose, platinum and steel as well as two-tone with a number of dial variations including roman, Arabic, Breguet, and of course batons. The ref. 570 in white gold with batons is the most classic and understated of these executions and the presently offered watch is a superlative example from the golden age of the Calatrava. This watch was last seen at auction in December 2016 and has been kept in a vault ever since unworn.