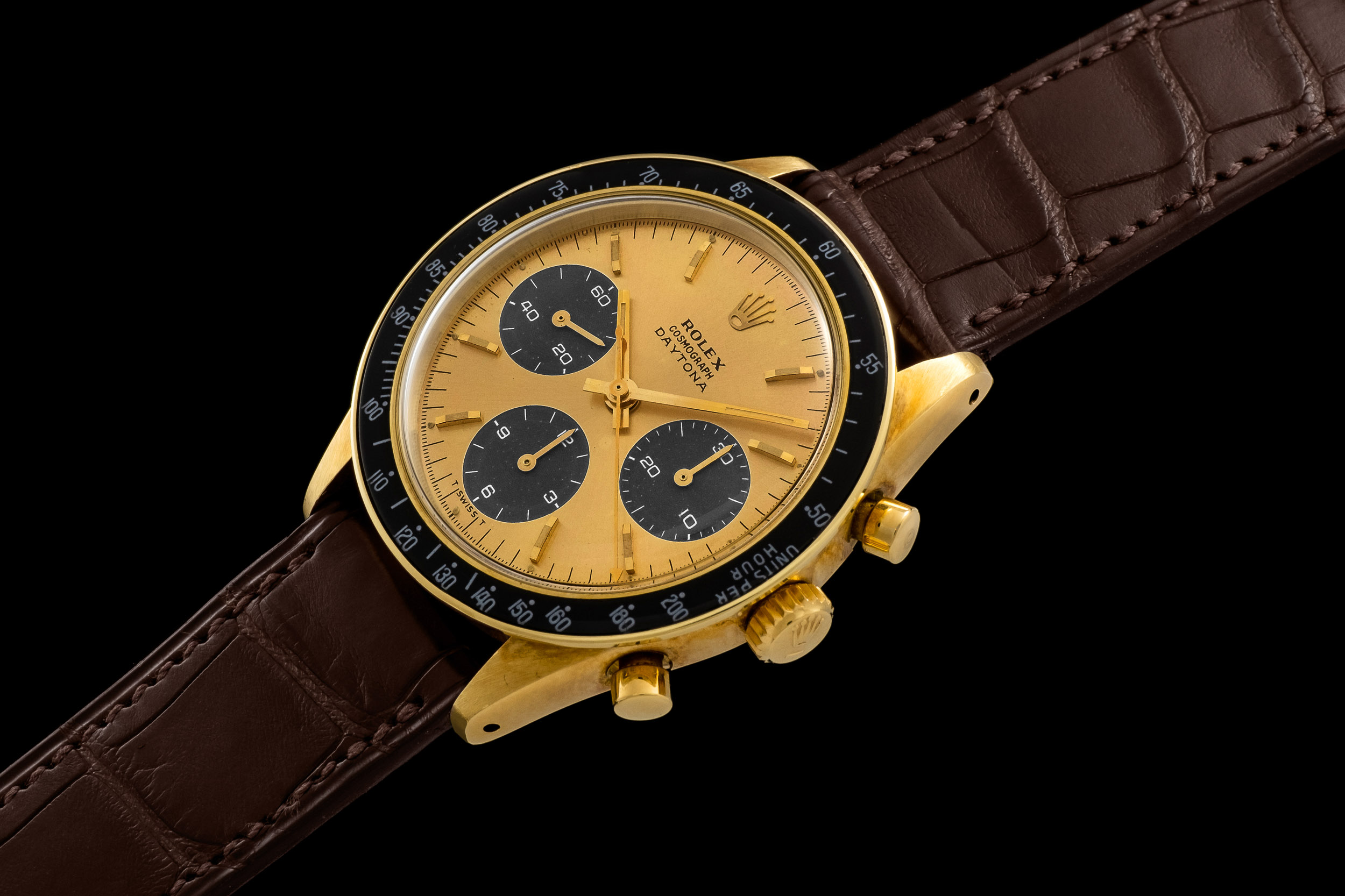 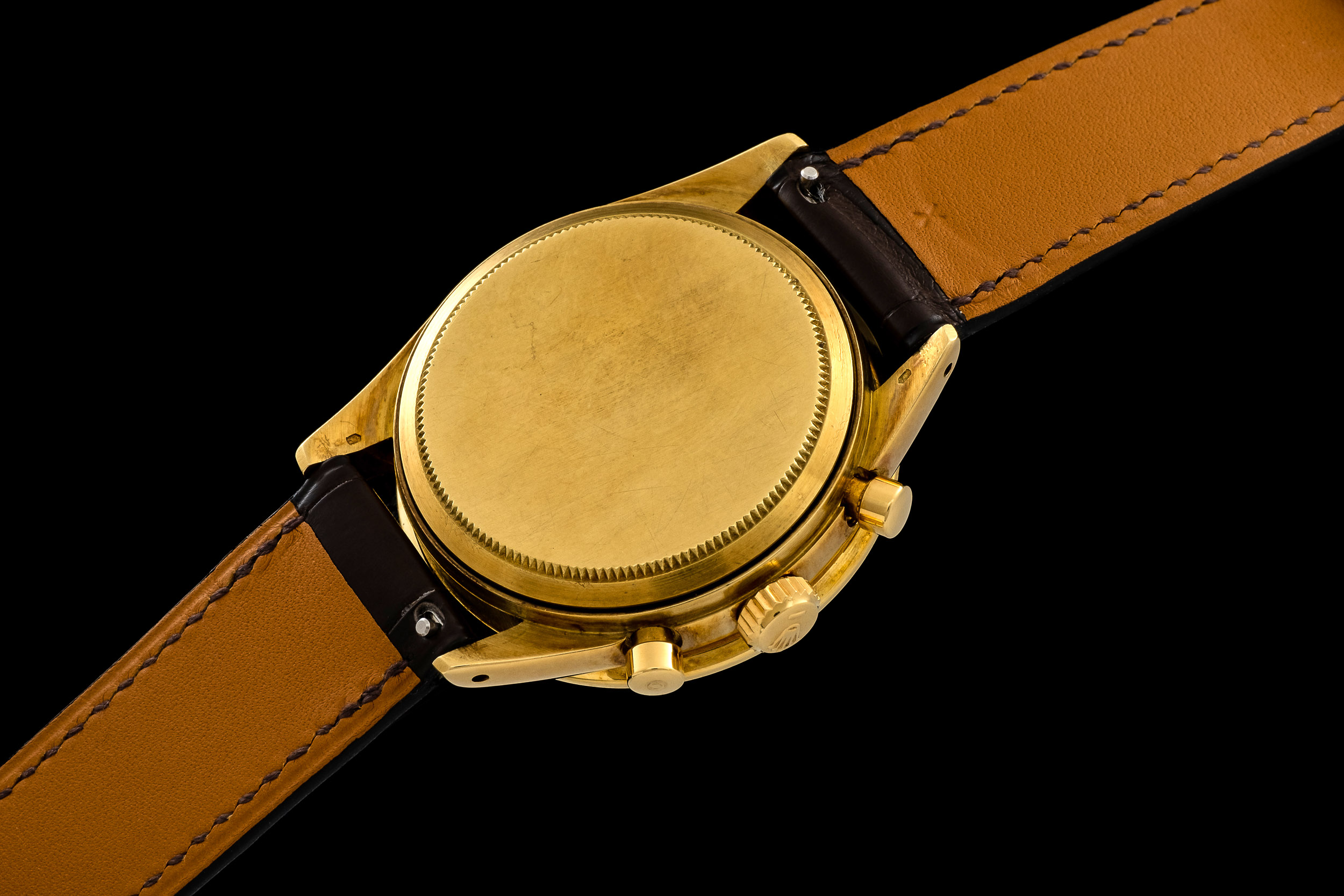 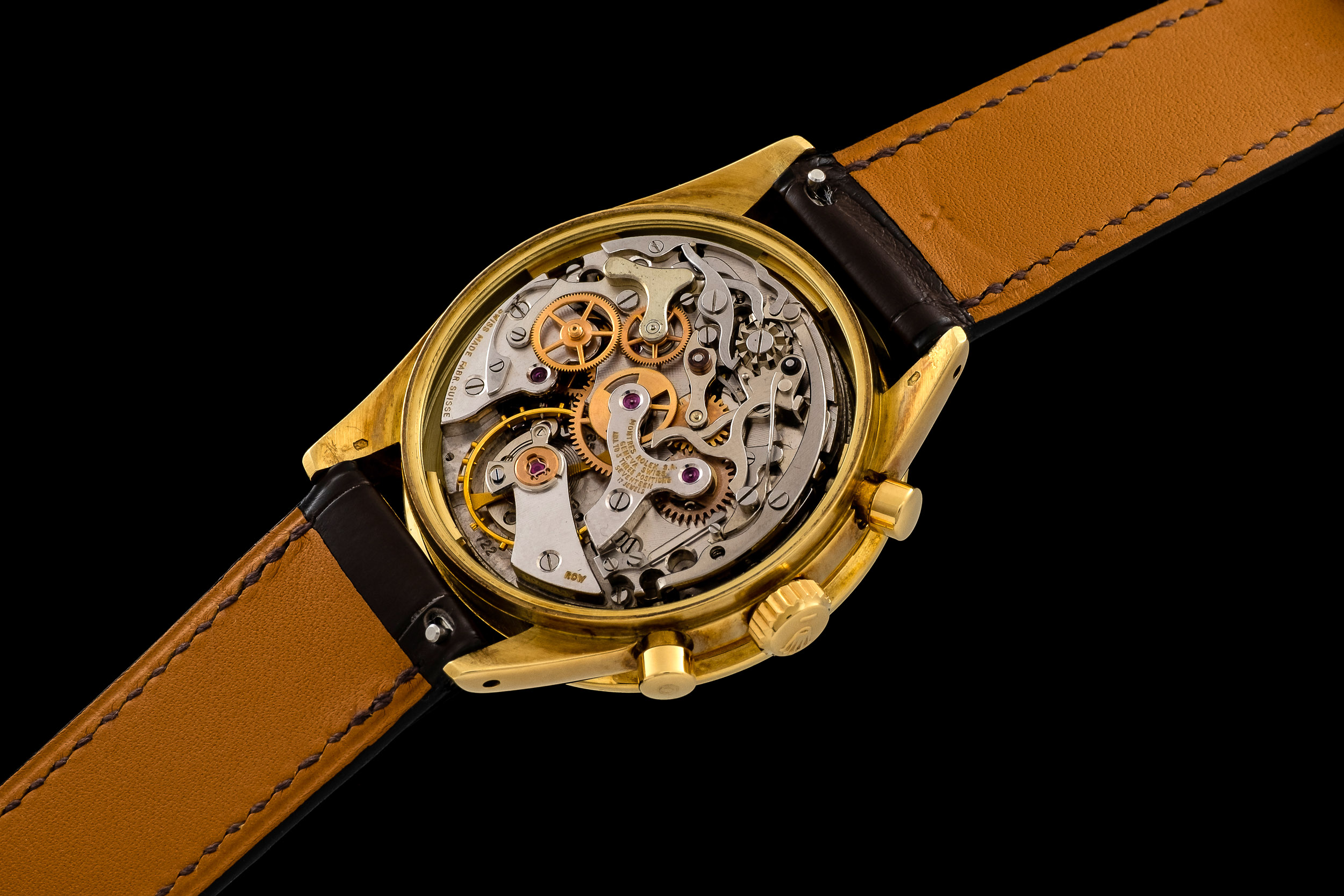 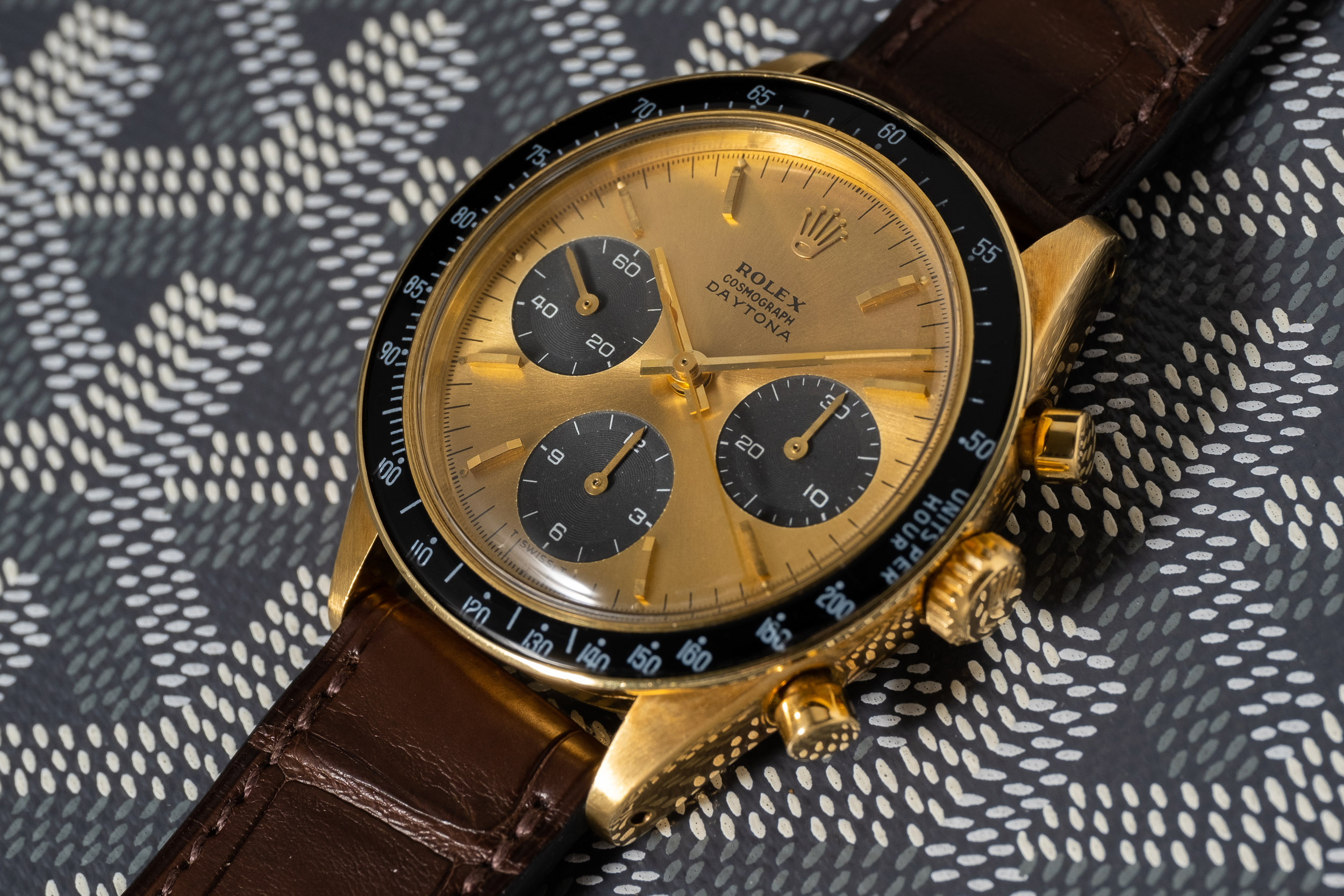 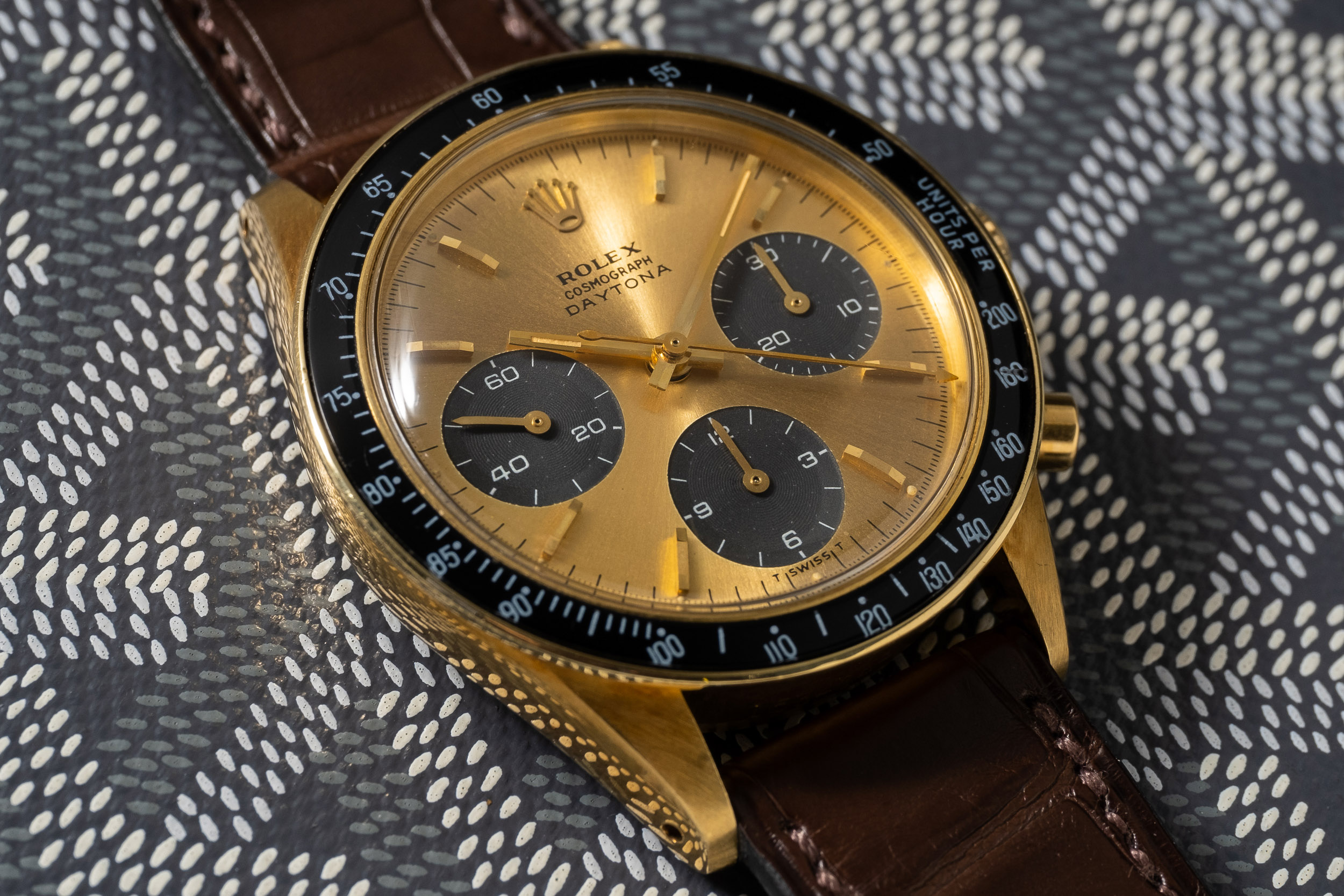 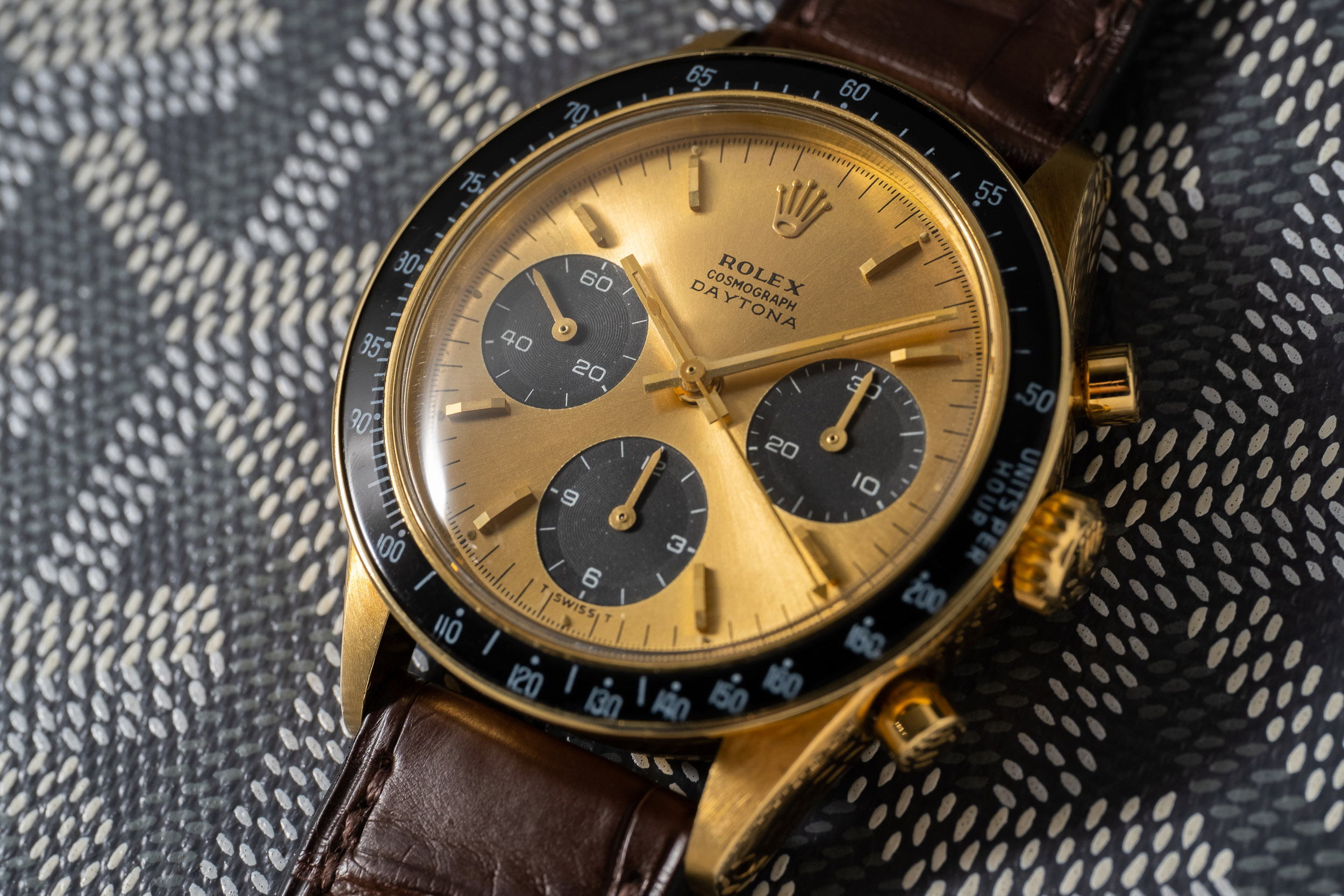 Reference 6241 was manufactured from 1966 to 1969 and it is among the rarest Daytona references ever produced.

The present specimen is a first series 14k gold 6241 which was created exclusively for the American market.

There are many details that make this particular example one of the most rare and sought after Daytona.

The big “Daytona” designation is prominently positioned just underneath the “Rolex Cosmograph” writings.

Further increasing its rarity, is the pure white printed graphics used within the subsidiary dials - rather than the usual gilt printing - which create an amazing eye-catching contrast with the hole timepiece.

The wonderful case still retains clear hallmarks on the underside of the lugs.

Its scarcity and beauty definitely make it an ultimate trophy for discerning Daytona collectors.