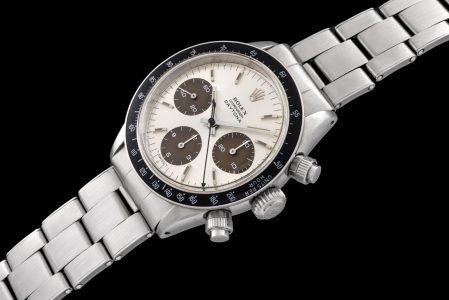 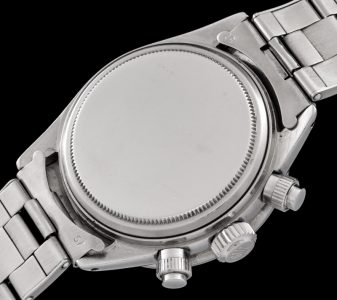 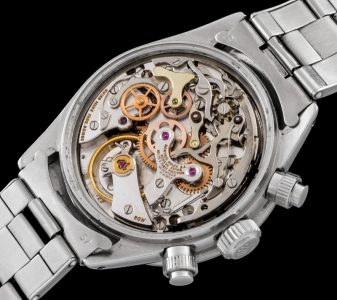 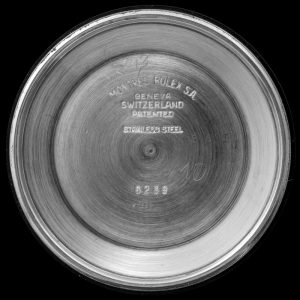 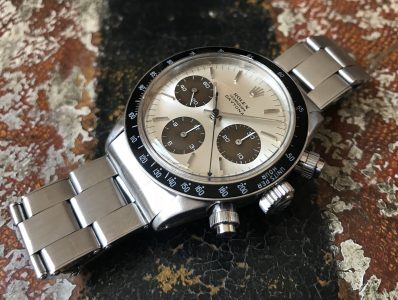 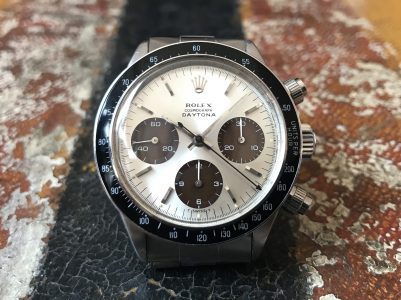 Superlative example of Rolex Daytona ref. 6240, manufactured in 1966. The present specimen stands out for the amazing tone of the tropical brown subsidiary registers wonderfully contrasting with the silver dial. This early example is featuring the "Millerighe” screw-down chronograph buttons and the black acrylic bezel calibrated for 200 units. Introduced in 1965 reference 6240 was in production until 1969: for the first time, Rolex introduced an acrylic bezel for the tachometer scale and the new screw-down chronograph buttons to improve water resistance. It is believed there are only 1.700 examples to have been made. Case n.: 1.298xxx Cal.: Manual, cal. 722 Diam.: 37.5 mm Box & Papers: none Manufactured in: 1966