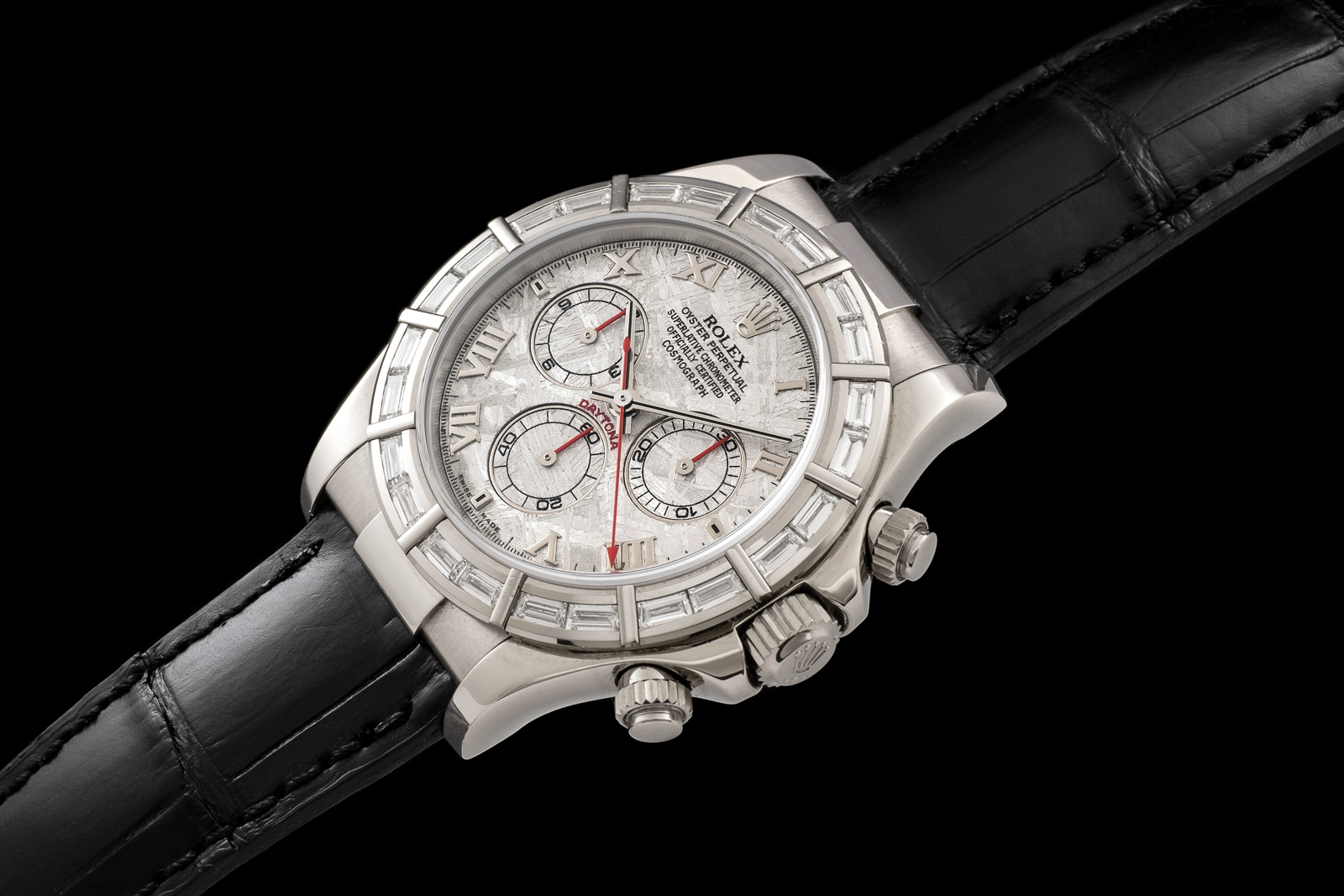 Very rare and attractive 18k white gold Rolex Daytona ref. 116589, manufactured in 2000. The present 116589 Daytona is fitted with the ultra rare and attractive meteorite dial. Due to its natural composition, each meteorite dial is just unique: a slice of Gibeon meteorite was precisely cut and a layer of acid-wash was subsequently applied on the surface to intensify the natural texture of the meteorite. The beauty of this specimen is enhanced by a 24 baguette diamond-set bezel and Roman white gold applied numerals. The white gold case, combined with the diamonds set of the bezel and the light grey nuances of the meteorite dial, create a wonderful frozen effect of purity which is balanced by the vivid and vibrating red color of the chronograph hands and the Daytona writing at 6 o’clock position. Definitely an extraordinary example of luxury and understated sporty elegance. Case n: P199xxx Calibre: Automatic, cal. 4130 Diameter: 40mm  Box & Papers: None Manufactured in: 2000