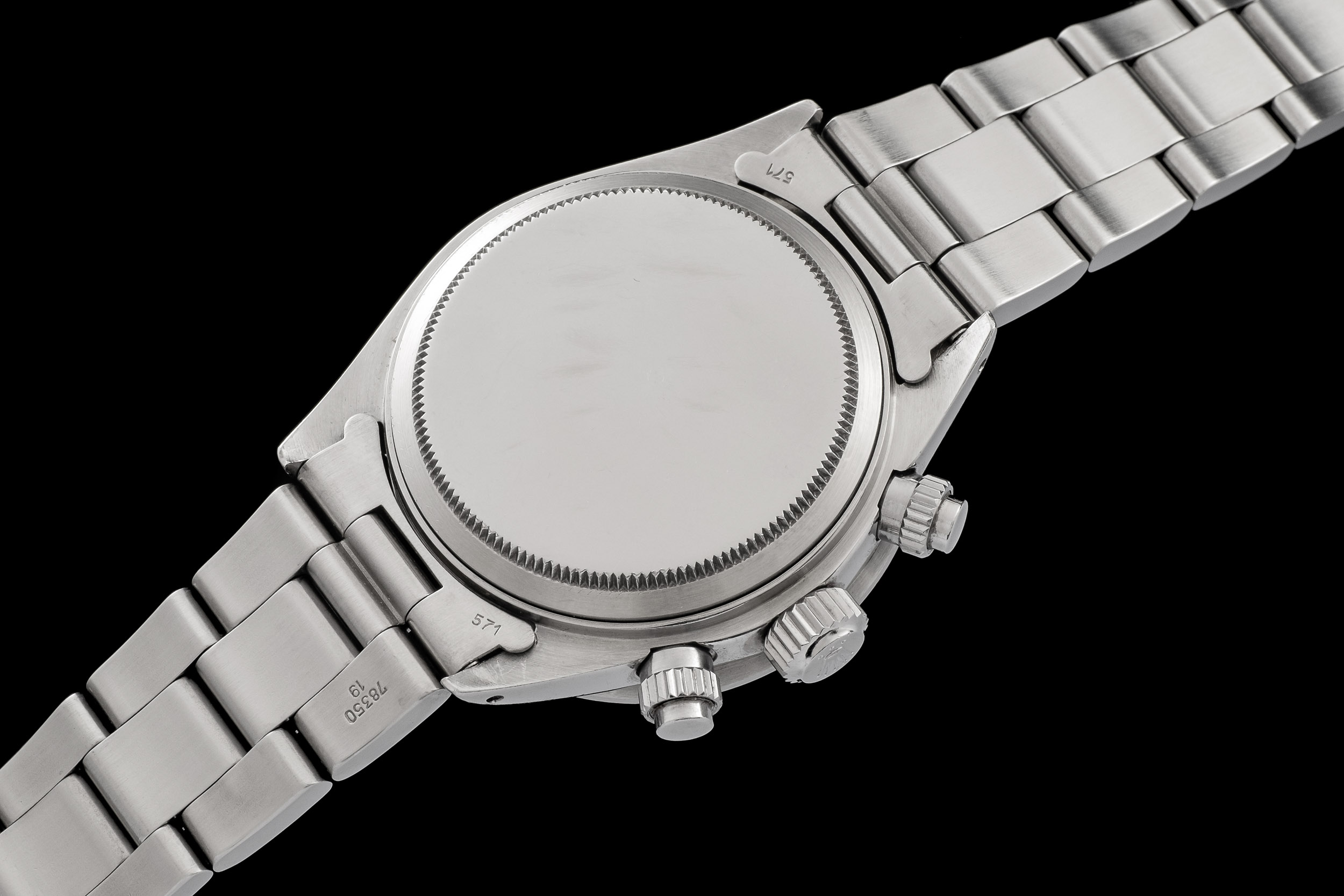 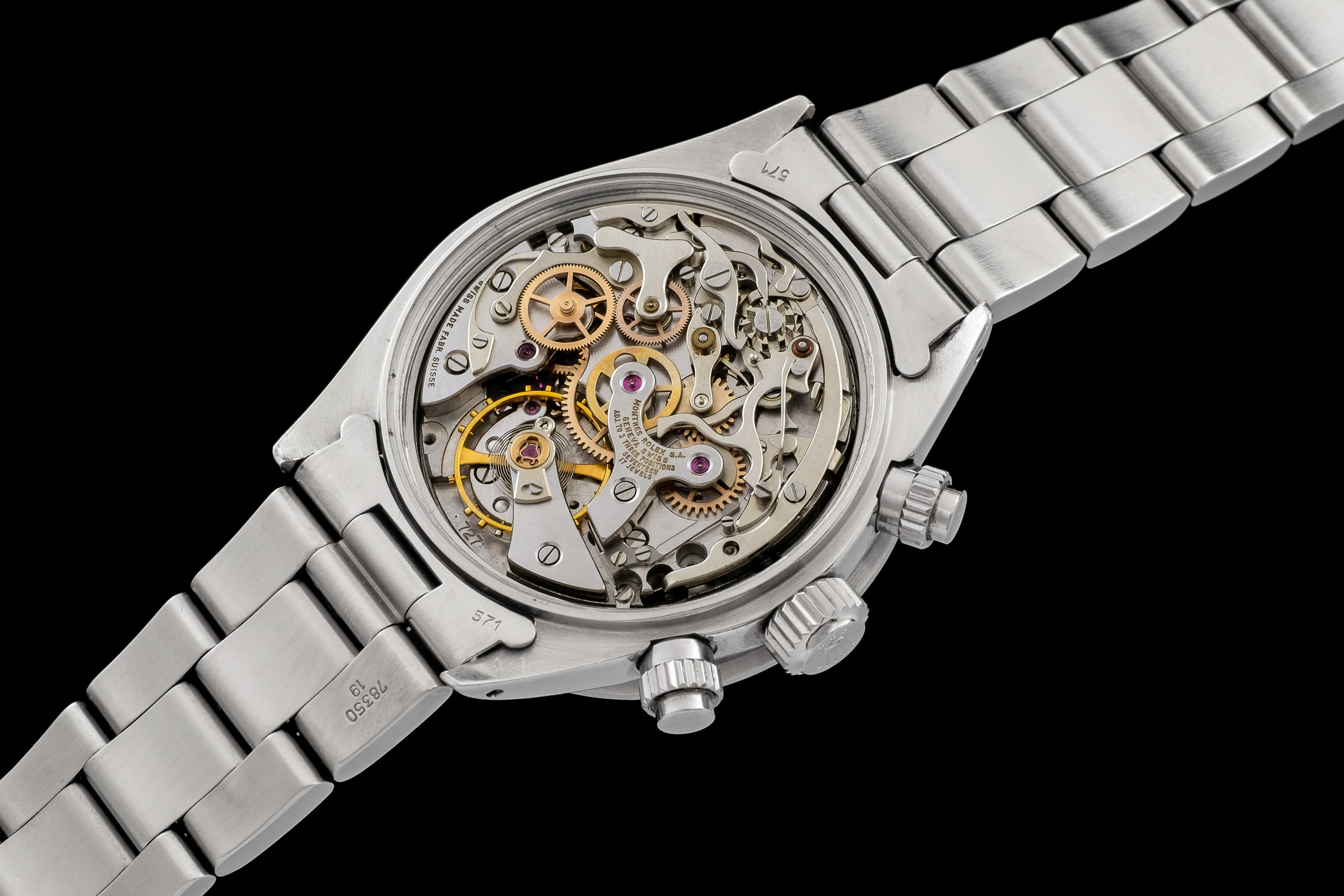 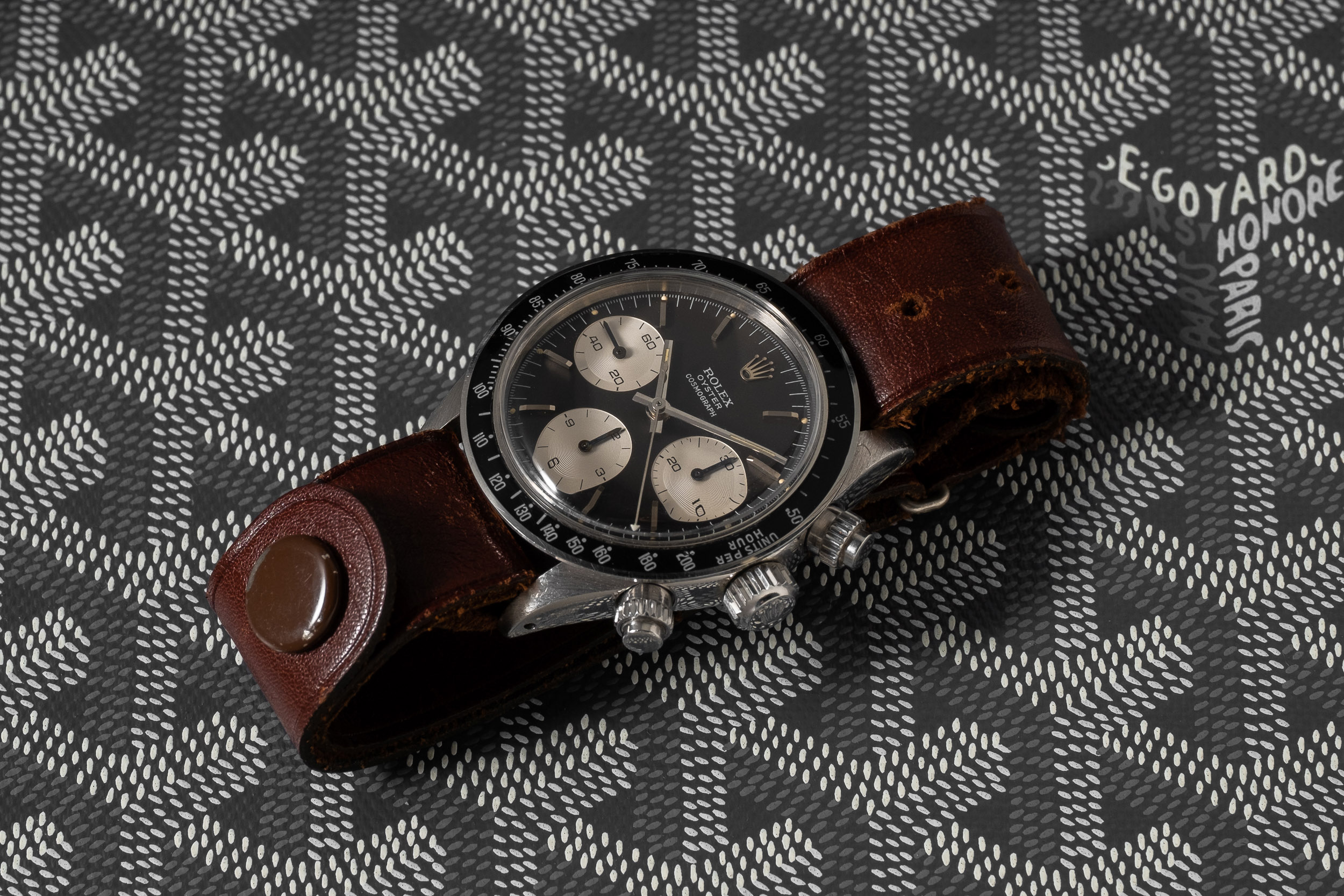 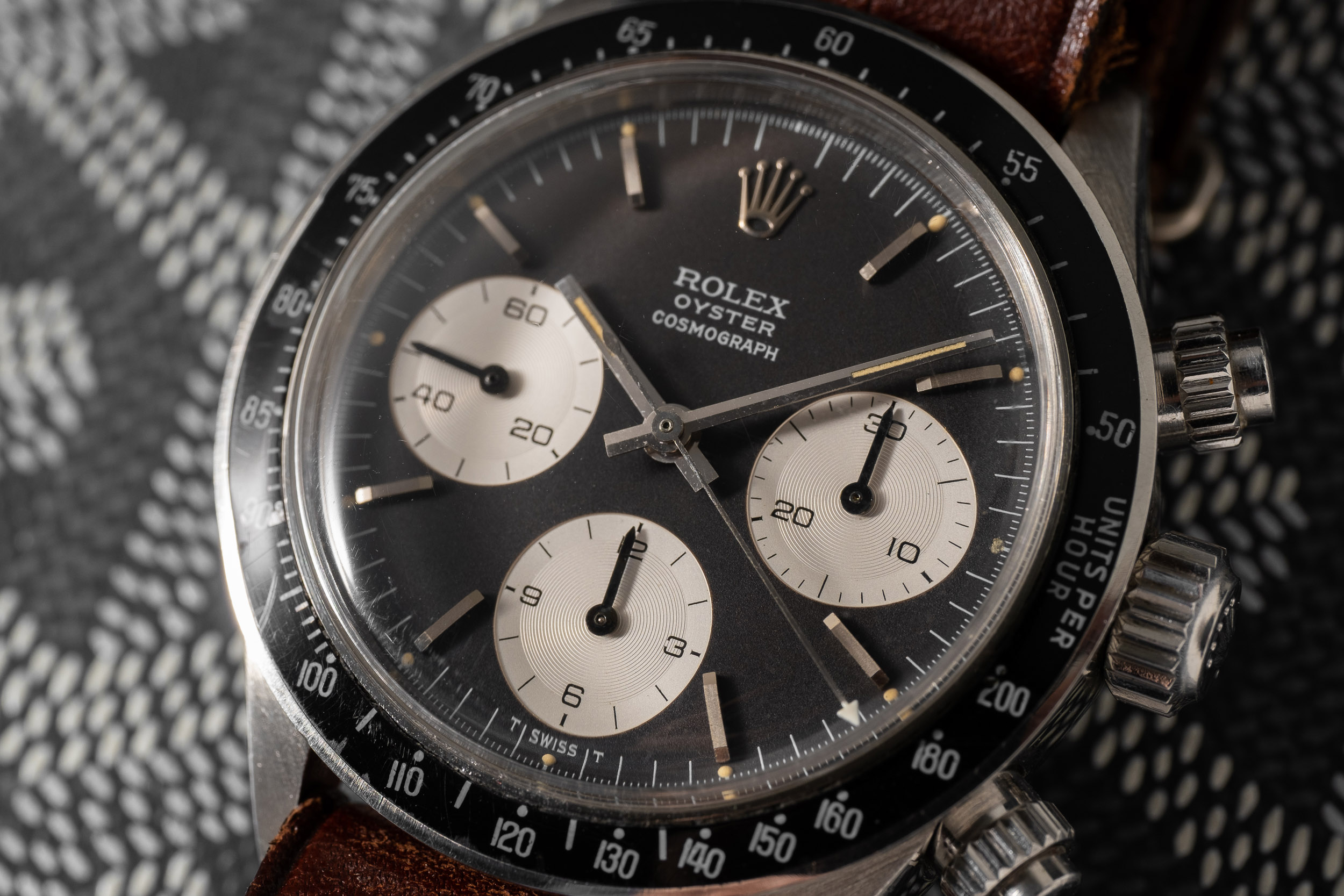 Outstanding example of Rolex Daytona ref. 6263, manufactured in 1975.  Reference 6263 was in production from 1969 until 1987 together with its metal-bezel sibling reference 6265.   The final evolution of the manual Daytona line, it is considered the most representative and iconic reference since it incorporates all the details which made the Daytona a masterpiece of design: bezel with black insert bearing a tachymetre scale, screw-down pushers, and the unmistakable Rolex Oyster case. Along with reference 6265, it featured the upgraded caliber 727. The black/white chromatic scheme which alternates not only on the dial, but also on the shiny case and the black bezel, creates an undeniably harmonious and eye catching aesthetic impact to the hole timepiece. The present 6263 example is preserved in outstanding overall condition. The wonderful dial features “Rolex Oyster Cosmograph”.  It stands out for its chocolate brown tone which is wonderfully contrasting with the white subsidiary registers and the deep black acrylic bezel, improving its exquisite charme, rarity and desirability. Case n.: 4.028xxx Mov.: Manual, Cal. 727 Diam.: 37,5 mm Box & Papers: none Manufactured in: 1975