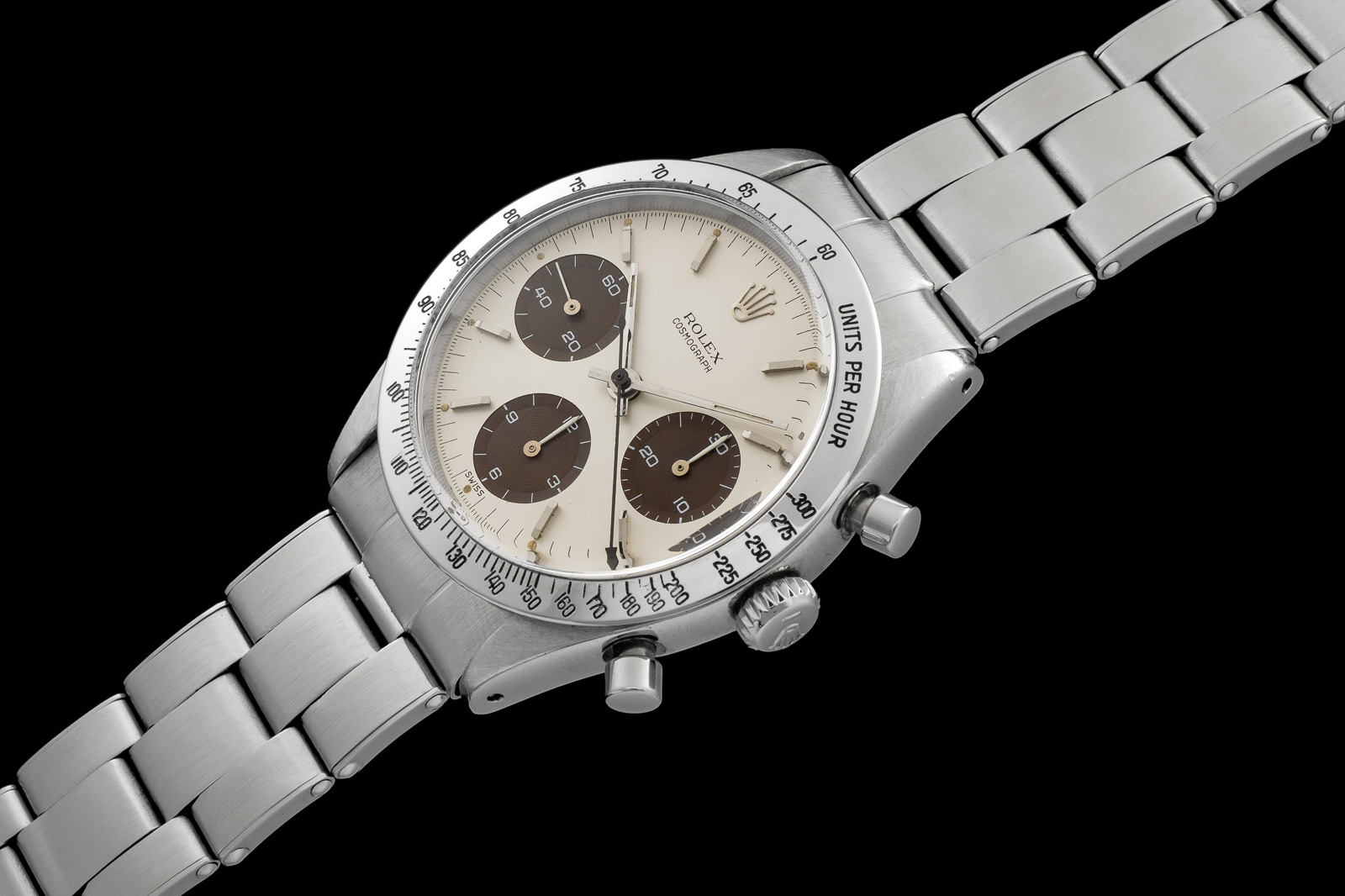 Extraordinary rare and early example of Rolex steel Daytona ref. 6239, manufactured in 1963. 1963 was the historical year when Rolex introduced reference 6239, the very first model of the iconic Cosmograph. For the first time, the tachymeter scale was moved from the dial to the bezel and was calibrated to 300 units per hour. The present 1st Series example is not only preserved in outstanding condition but is also fitted with the highly coveted “ Double Swiss” Grené dial which is enhanced by the wonderful tone of the chocolate brown registers that create an irresistible appeal. The case back is correctly engraved “6238″ and the 300-numbered bezel carries also the 275 mark between 300 and 250. Definitely one of the rarest and most sought after Daytona known in the collectors’ community. Case n.: 923xxx Caliber: Manual, 72 B Diam: 36,5mm Box & Papers: none Manufactured in 1963