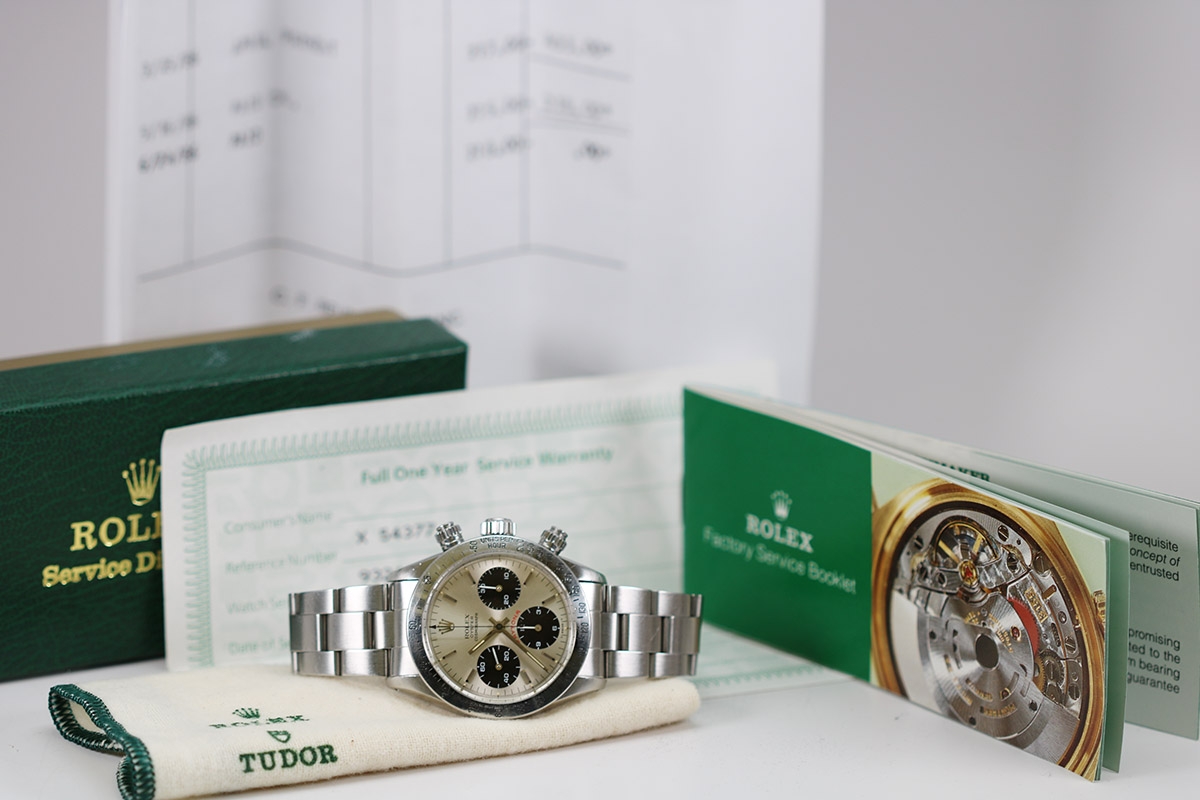 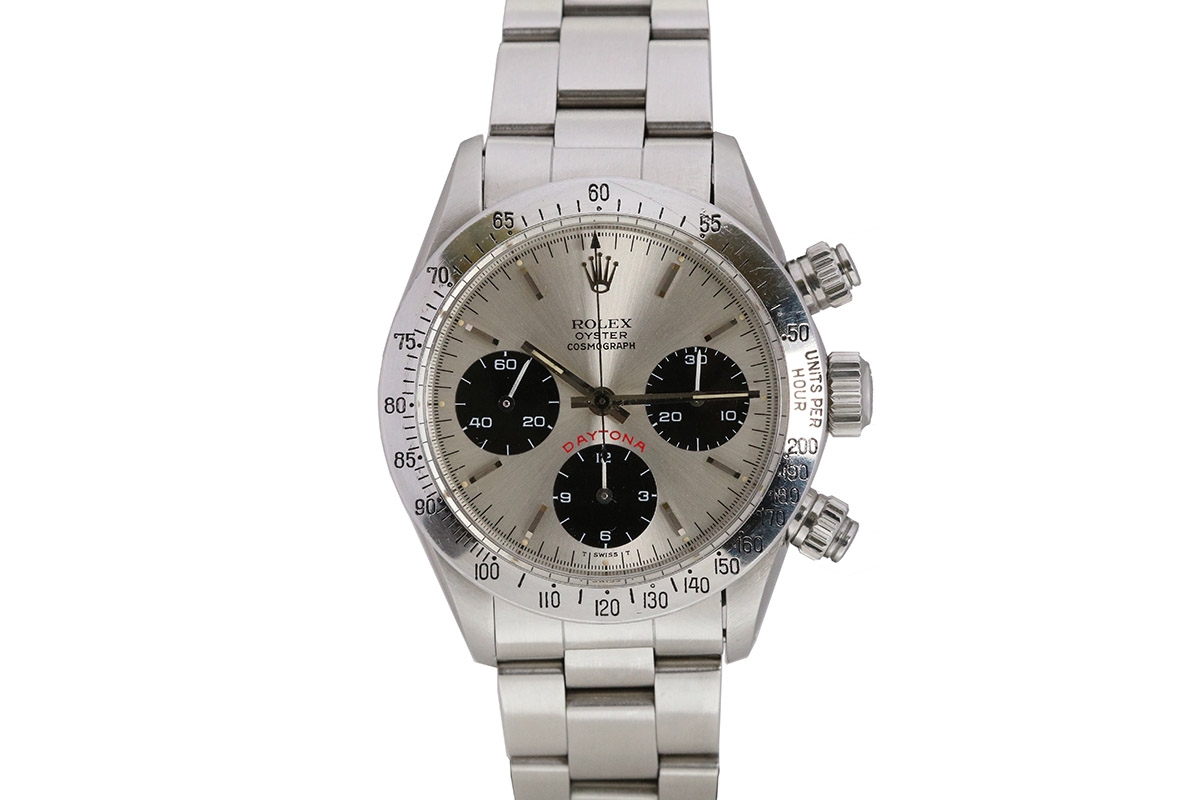 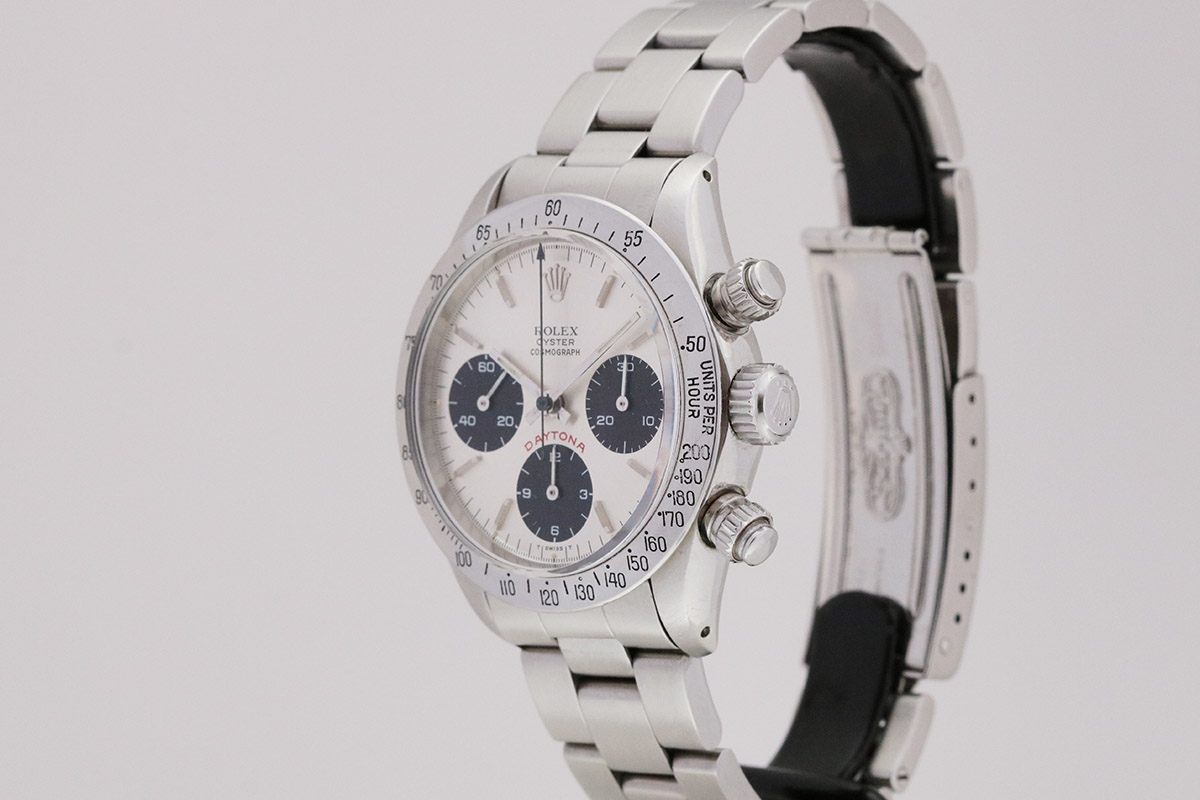 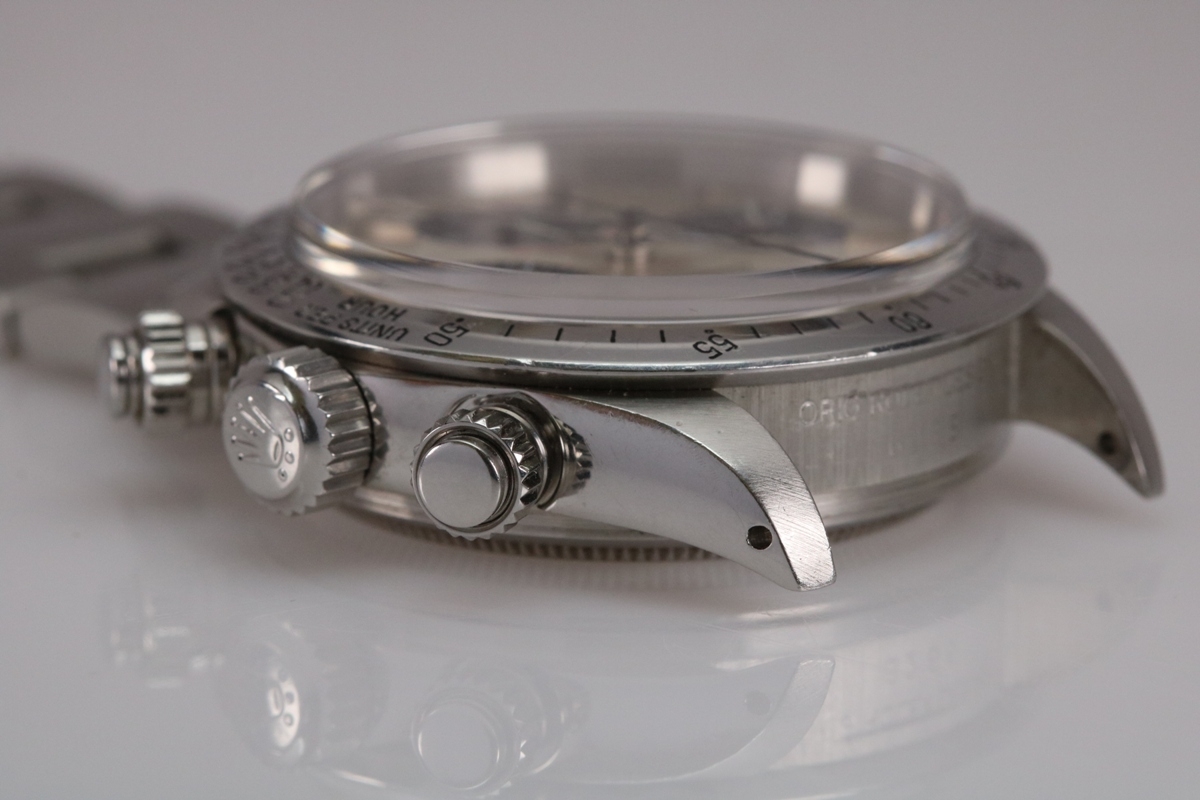 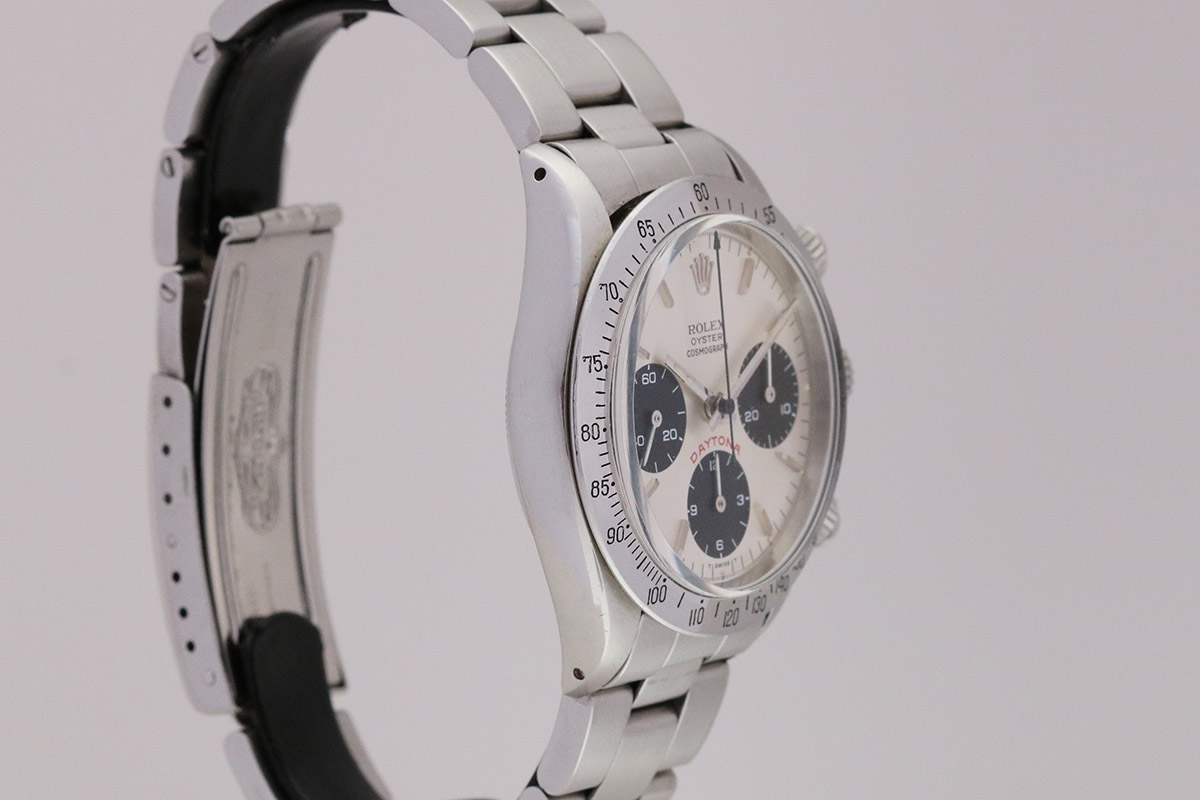 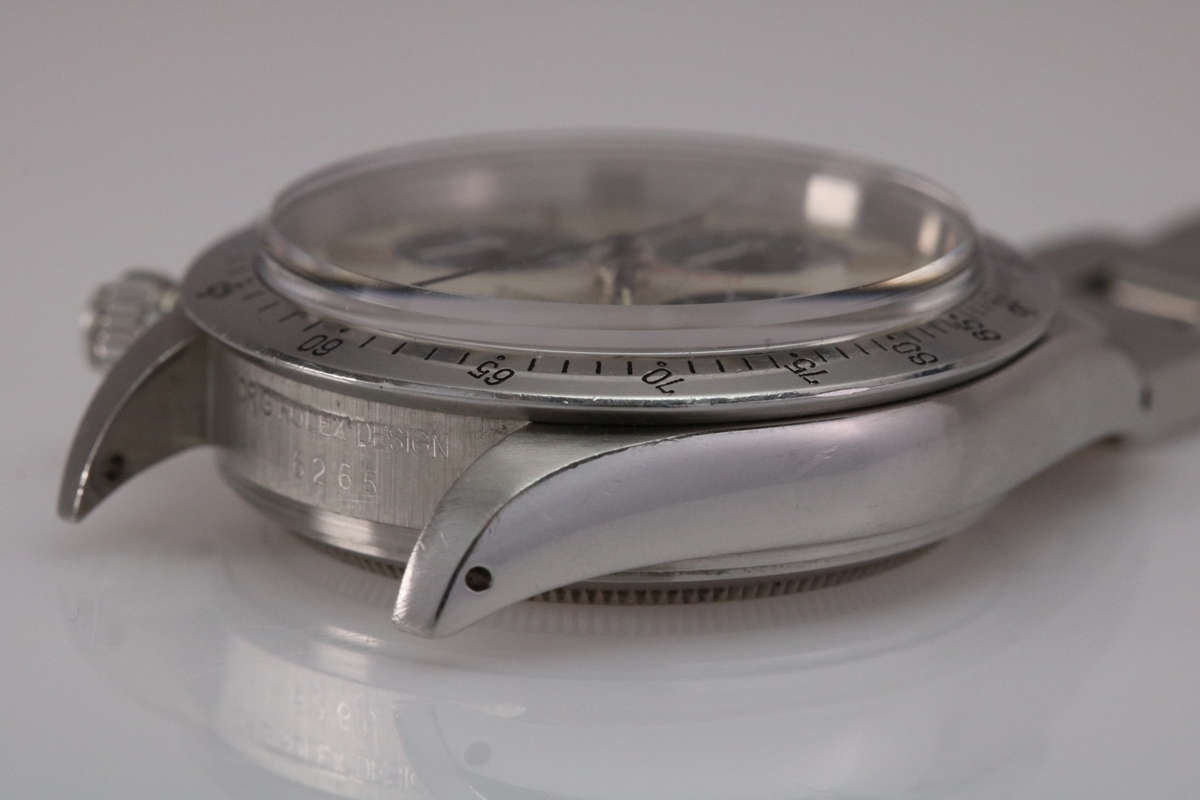 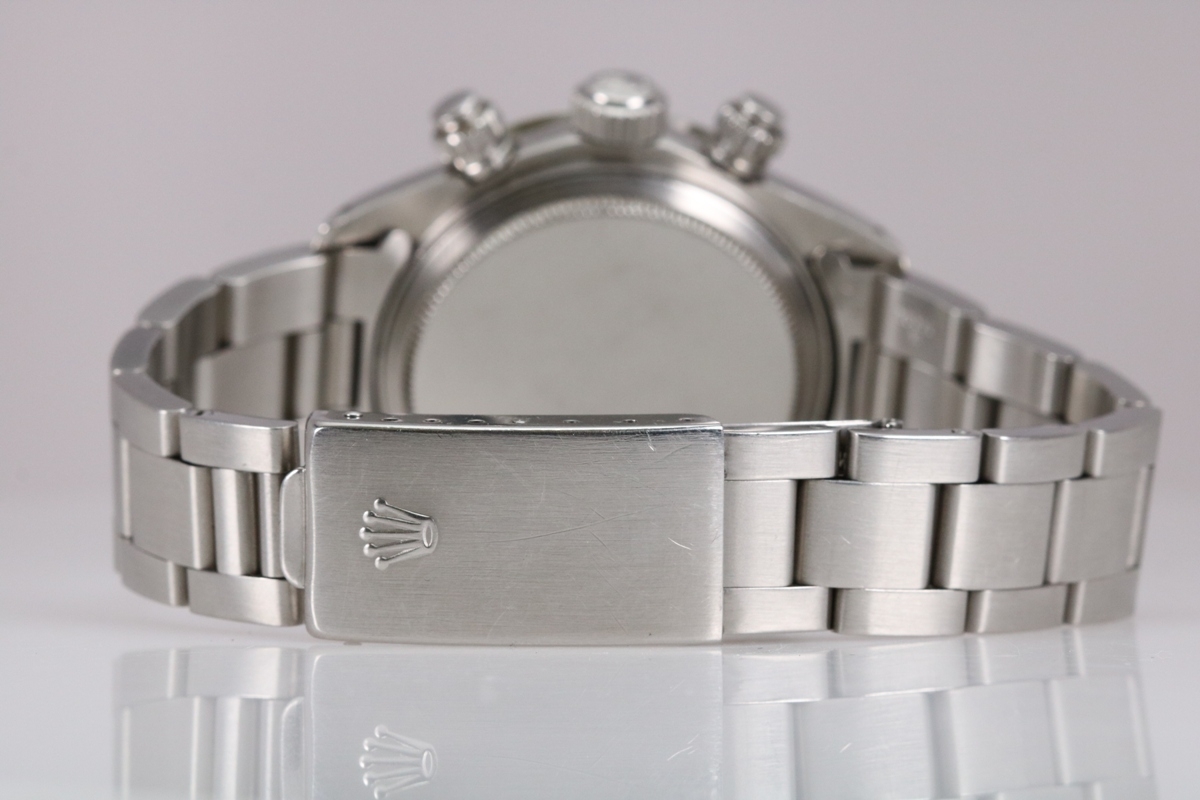 This is a beautiful Rolex Cosmograph Daytona Reference 6265 from 1986. It is in beautiful condition and features a silver "Big Red Daytona" dial. It comes on the original heavy oyster bracelet and includes Rolex service papers.