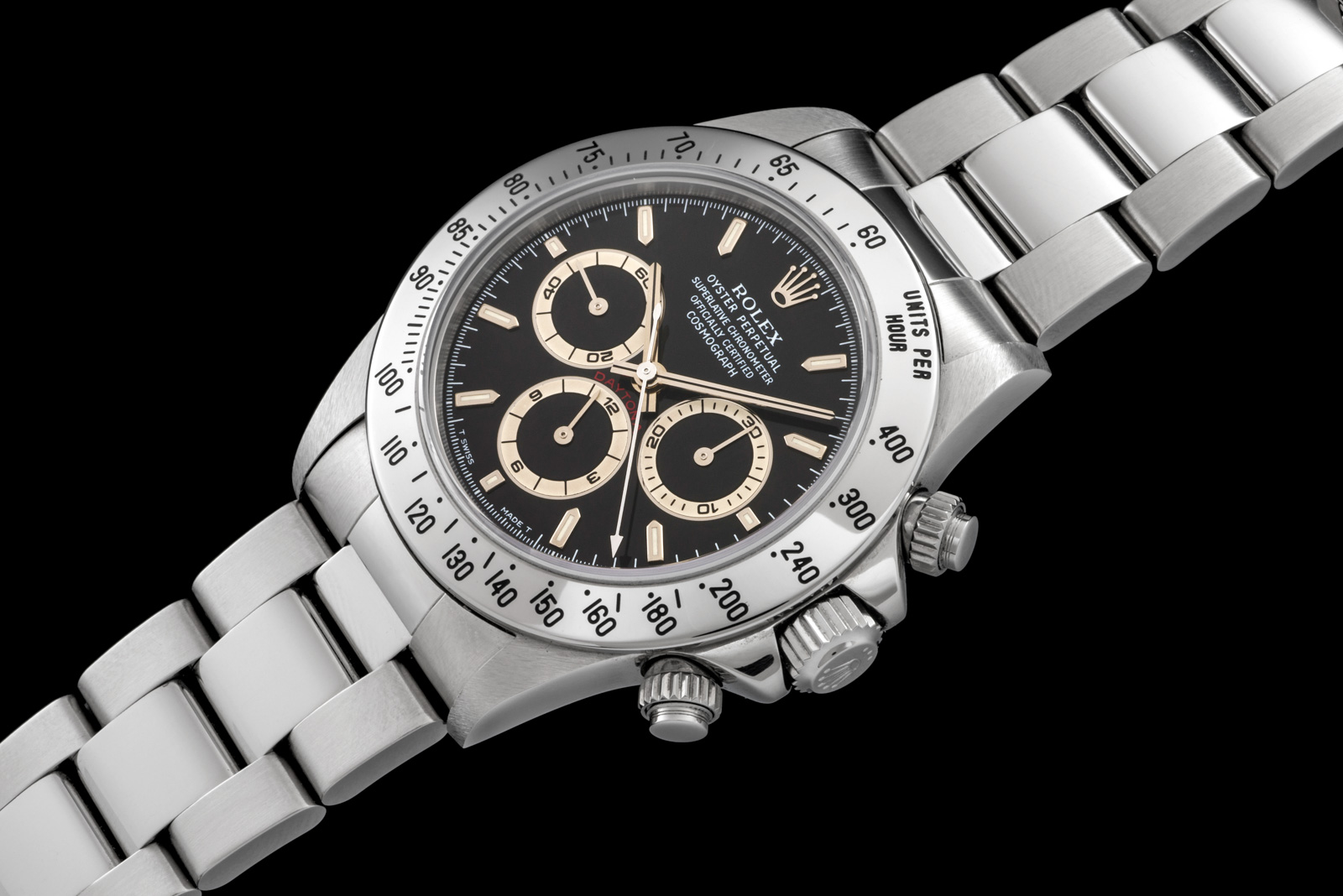 Breathtaking example of Rolex Zenith Daytona ref. 16520, manufactured in 1998. This specimen is preserved in absolutely mint condition, with its sticker on the case back. Sold by Wempe - Hamburg in 1998, it is accompanied by the original Rolex guarantee, box and booklets. For the Daytona's 25th anniversary, Rolex surprised the public at the 1988 Basel fair by introducing the first self winding chronograph model in its history. The newly launched reference 16520 was powered by a derivative of Zenith's El Primero calibre, substantially modified by Rolex. It was the first Daytona to be equipped with a sapphire crystal and a new larger diameter of 39mm. The launch of the 16520 was an immediate success and elevated the Daytona to its current mythical status. Case n.: U284xxx Cal.: Automatic, cal. 4030 Diam.:  39mm Box & Papers: Original Rolex Guarantee, Box and booklets Manufactured in: 1998