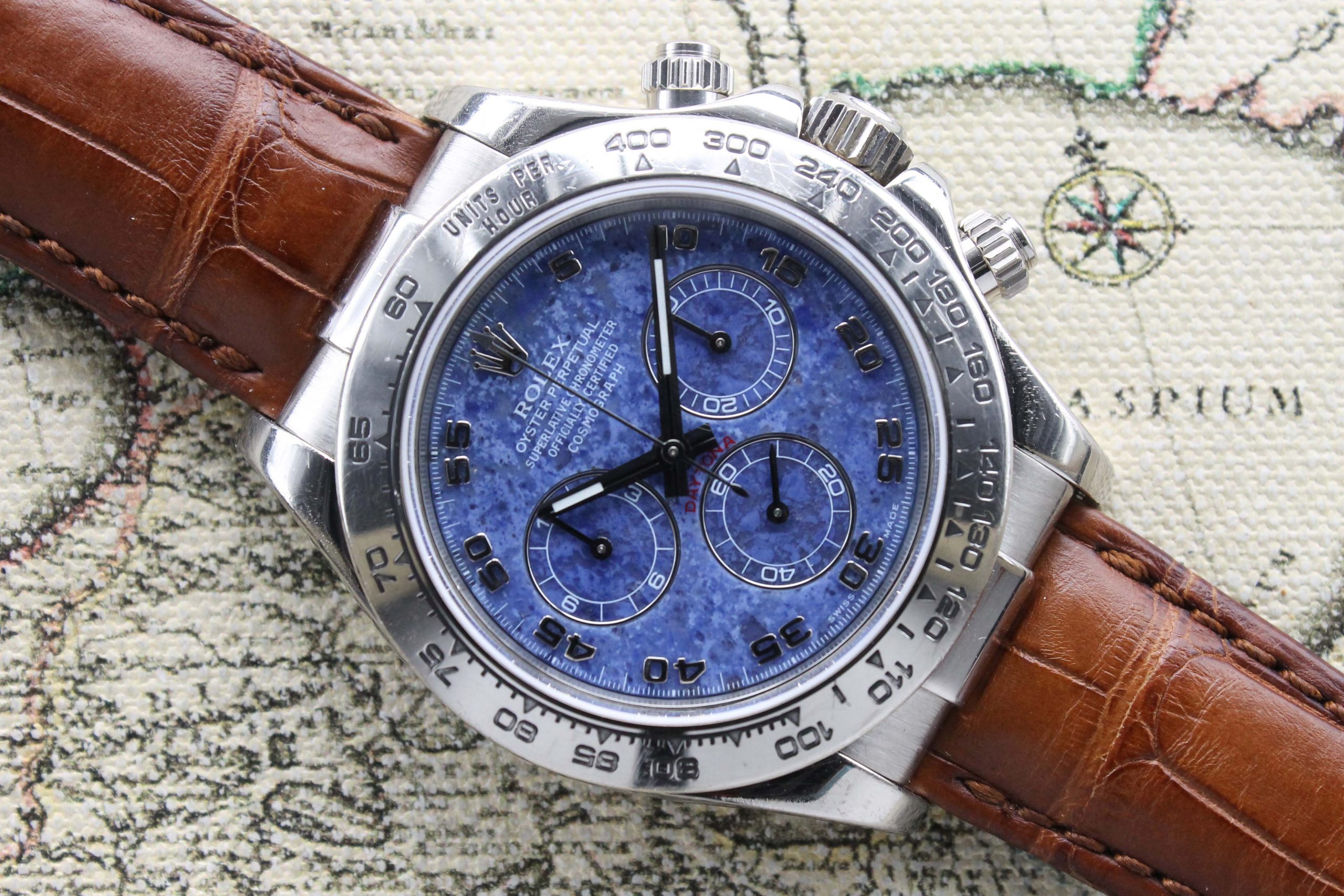 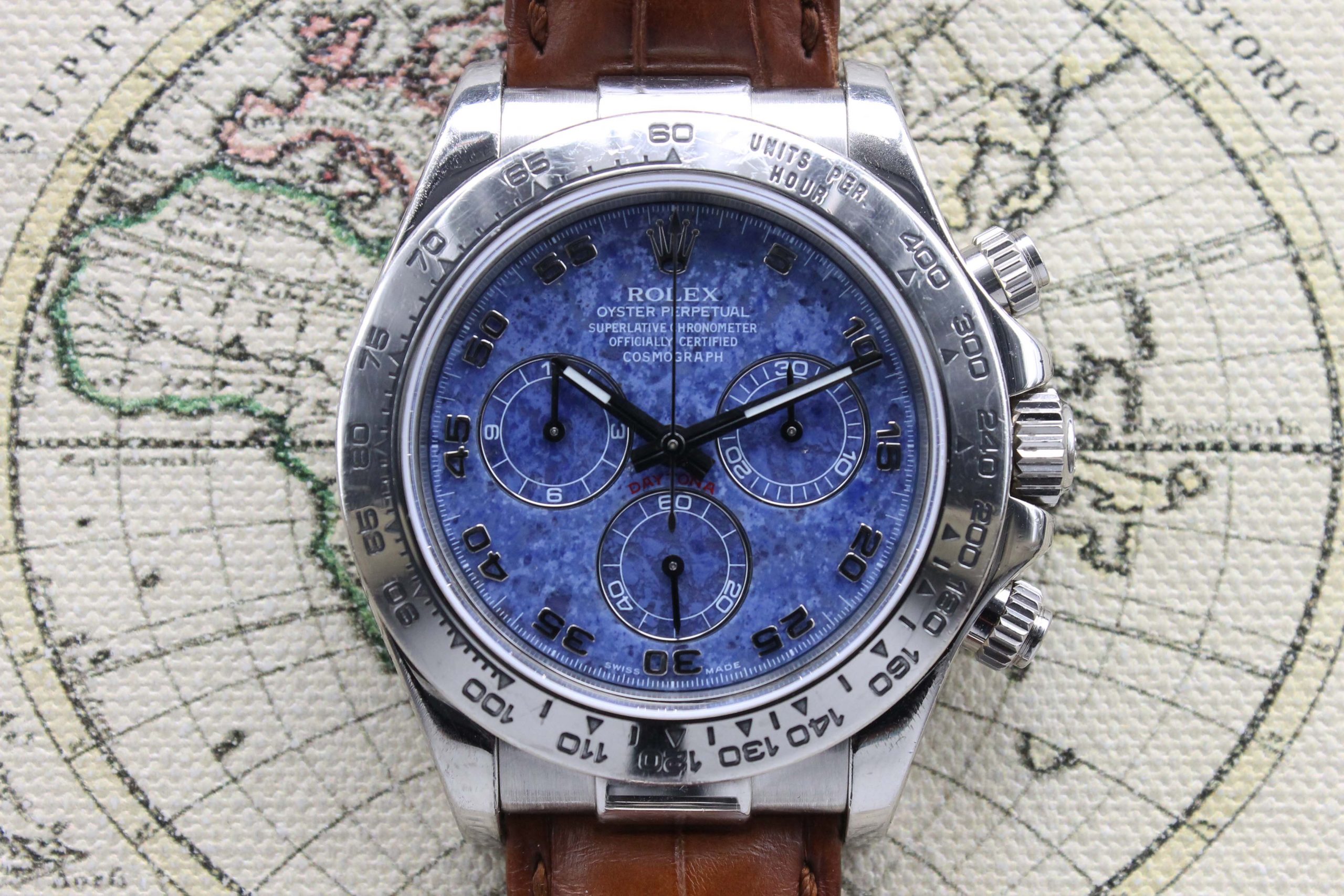 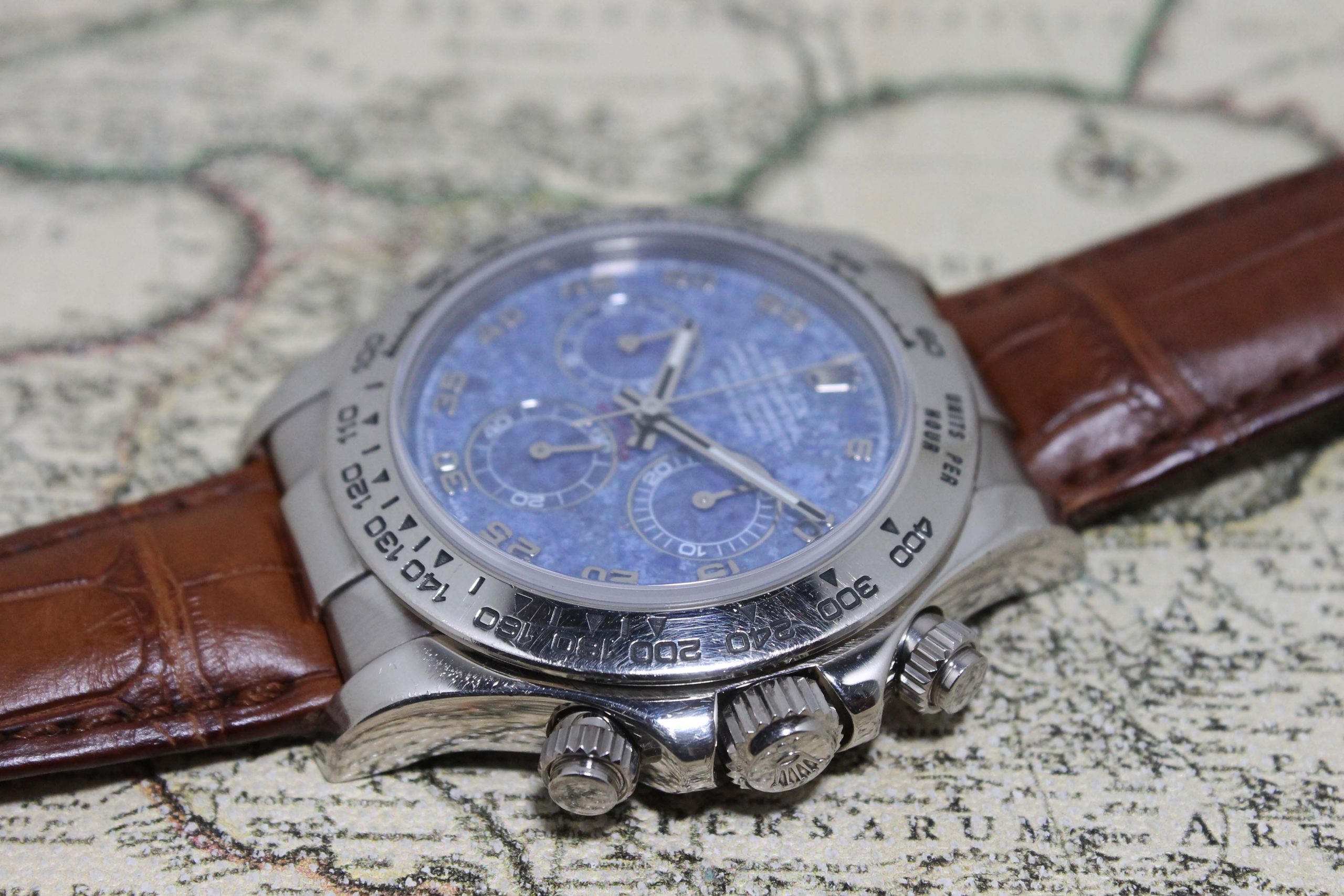 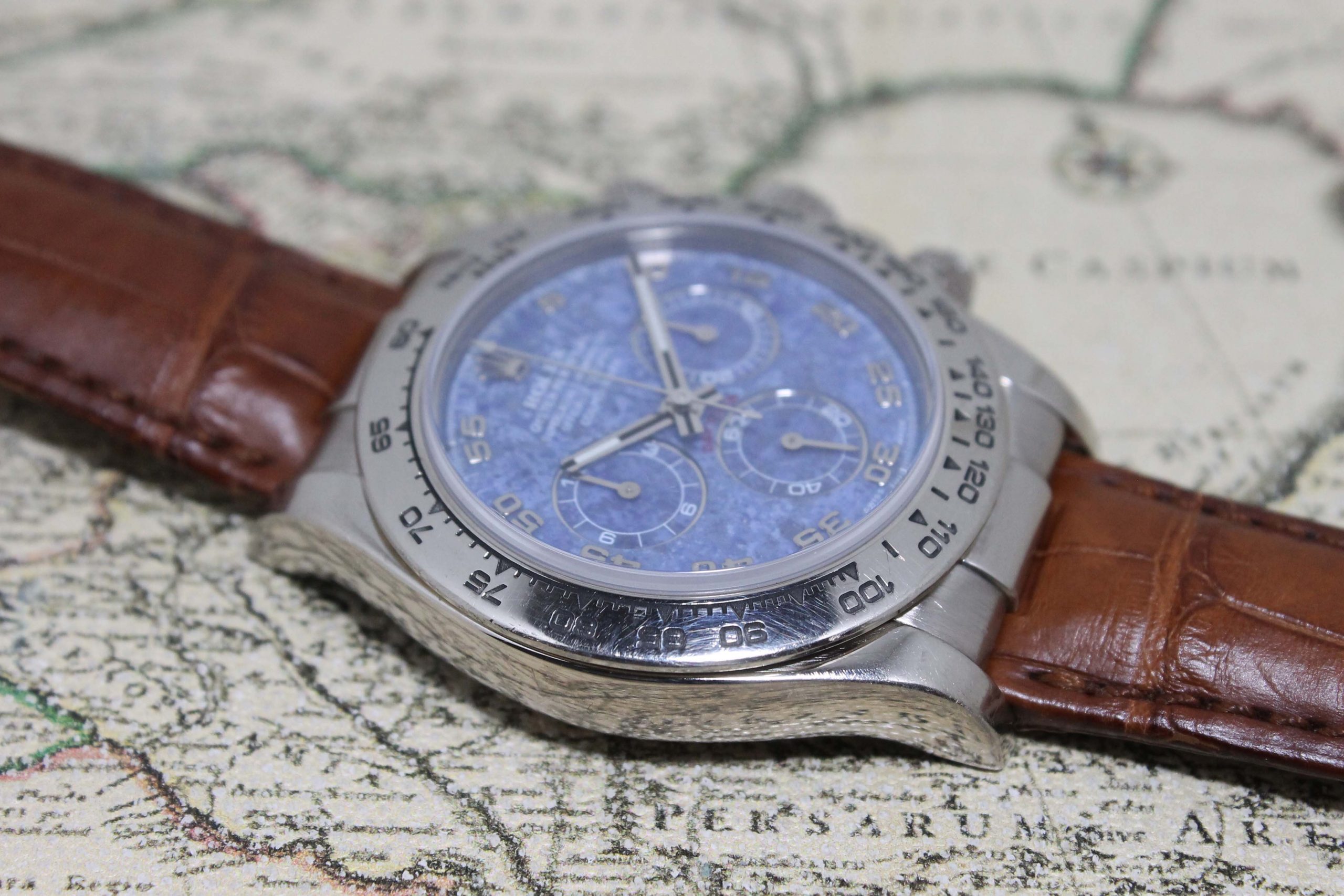 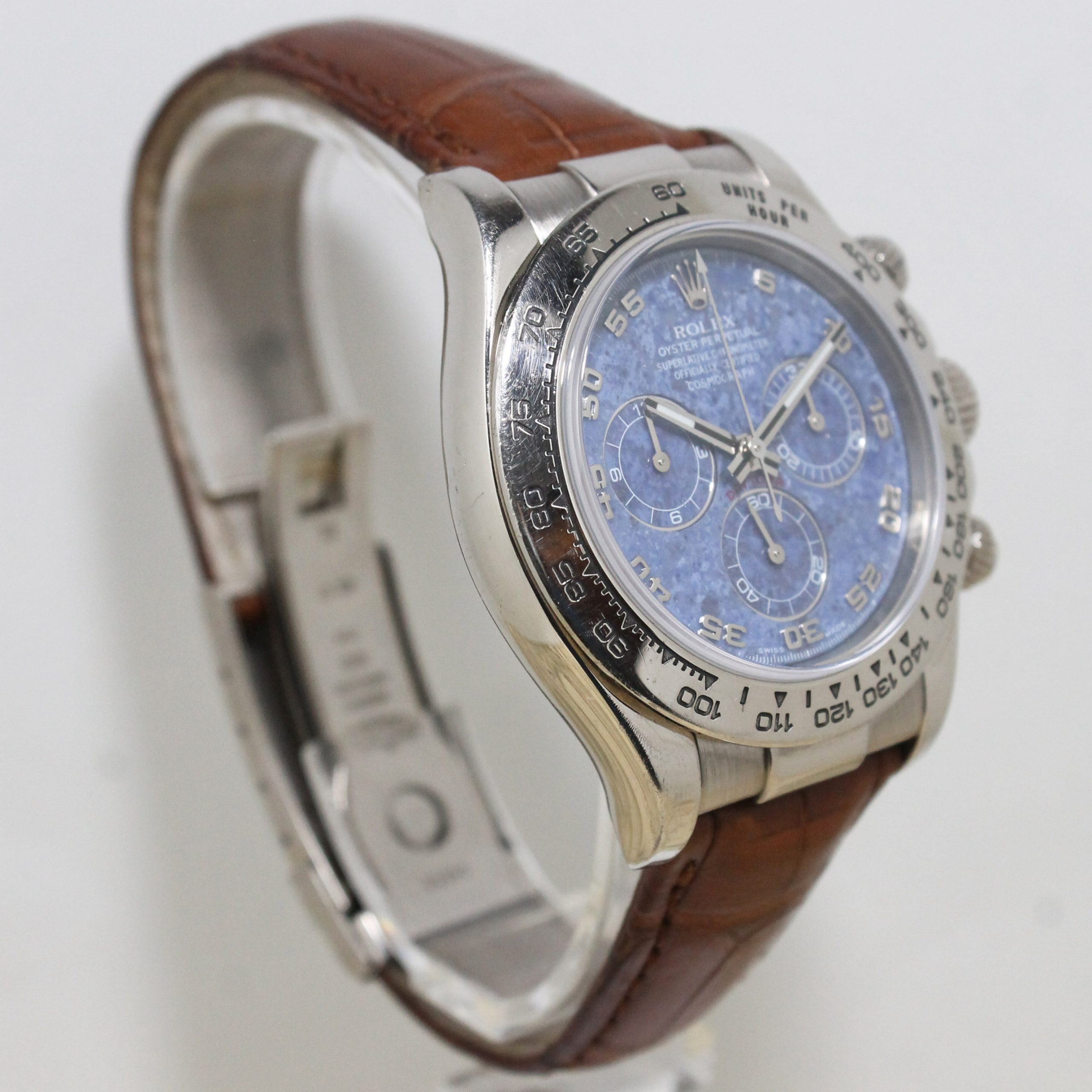 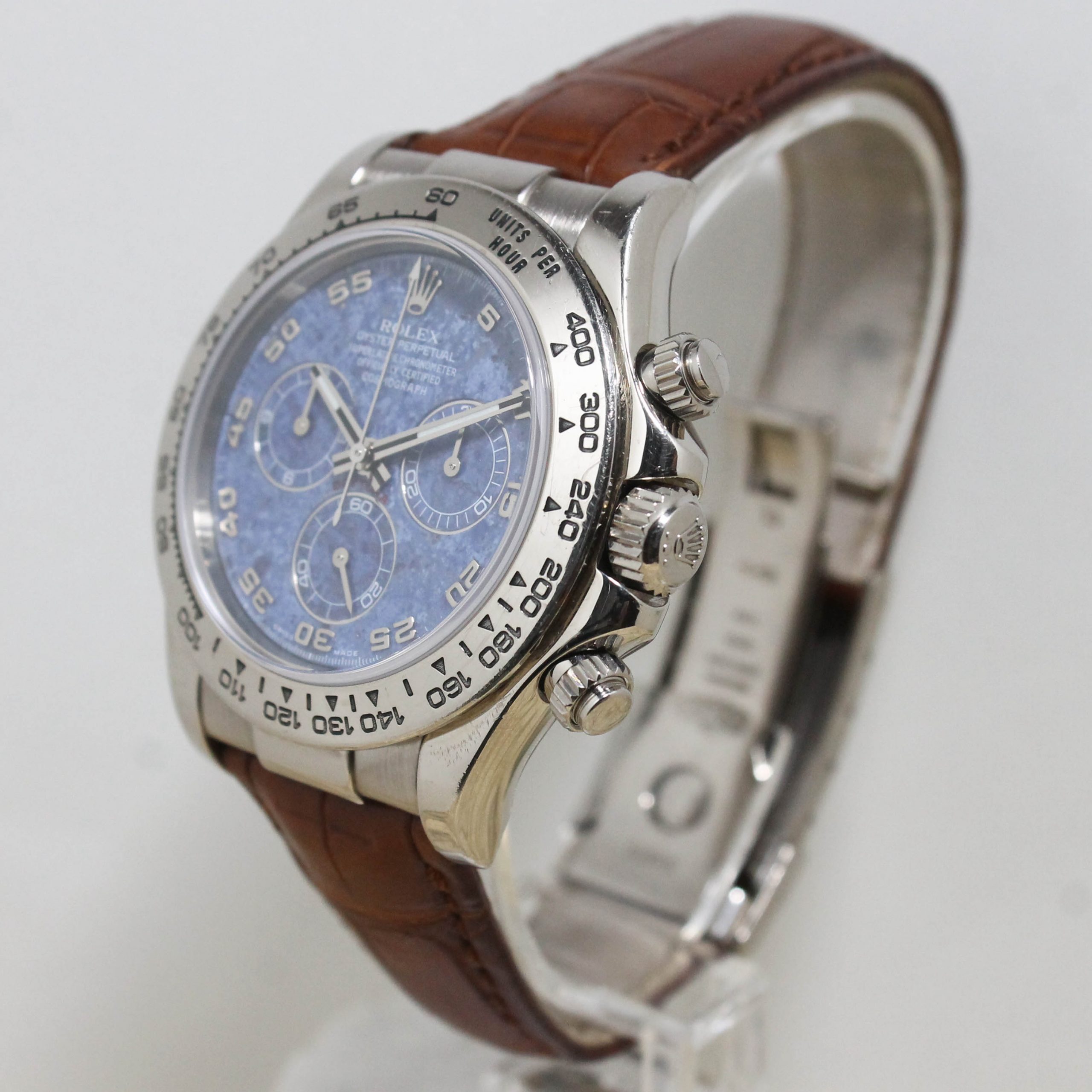 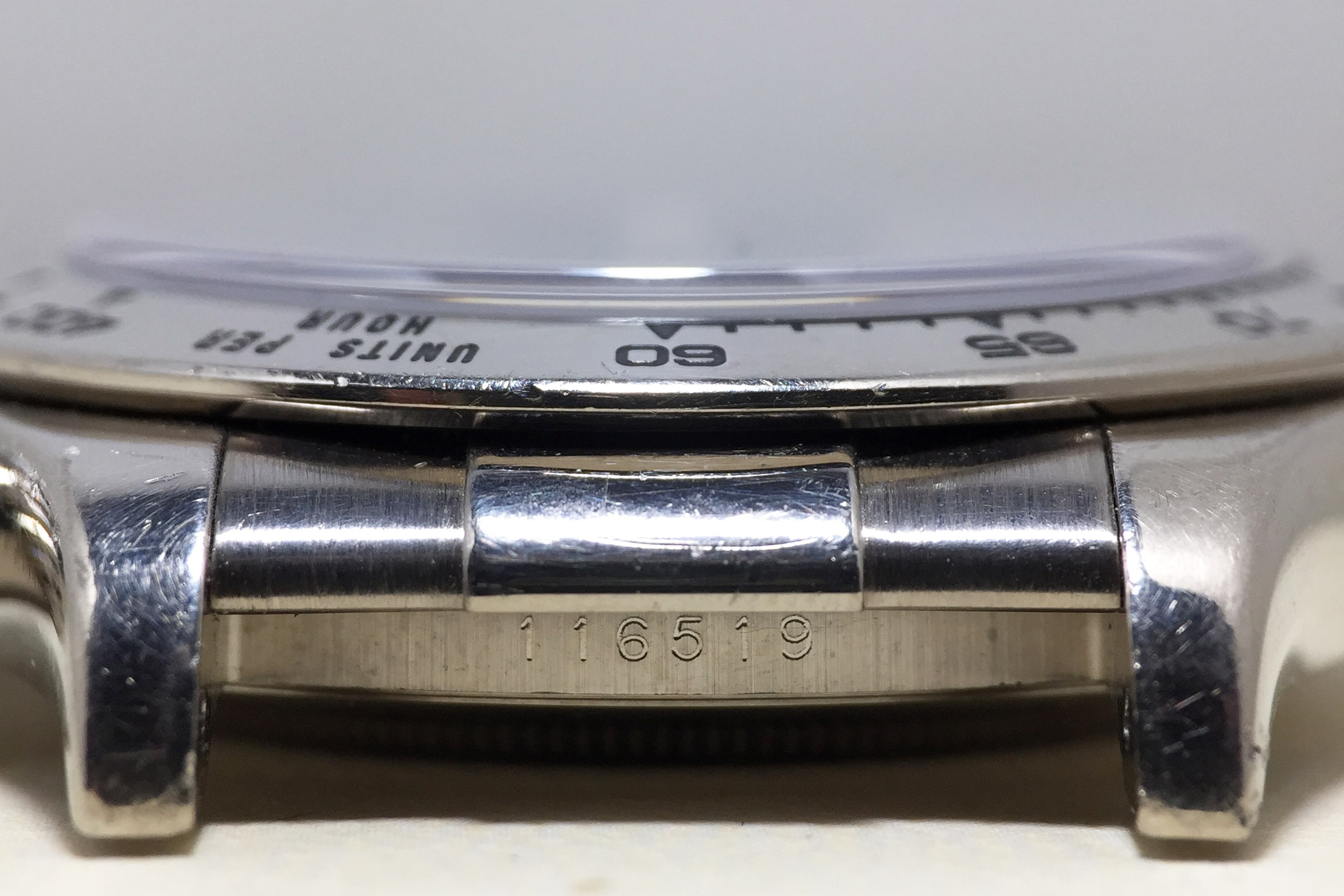 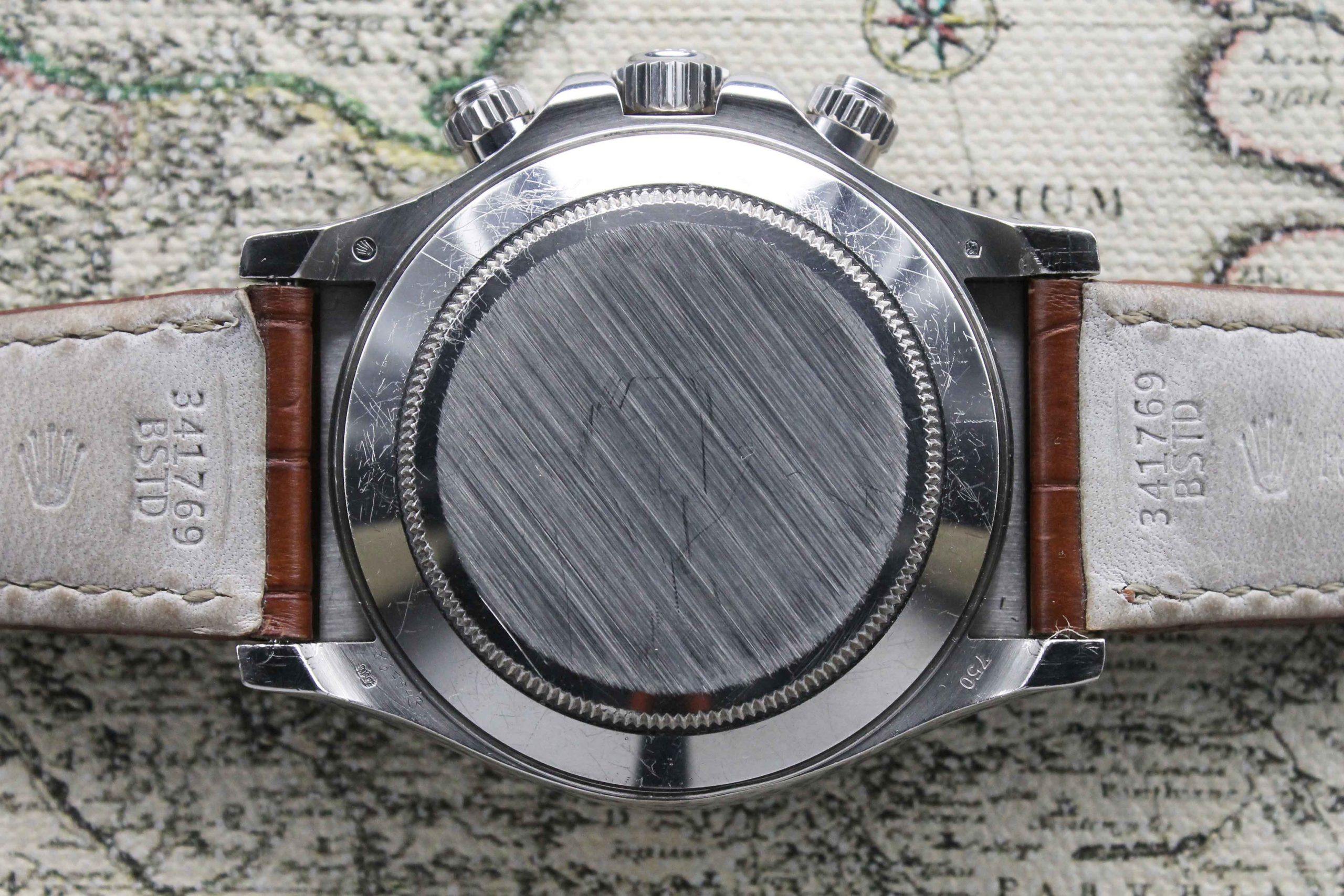 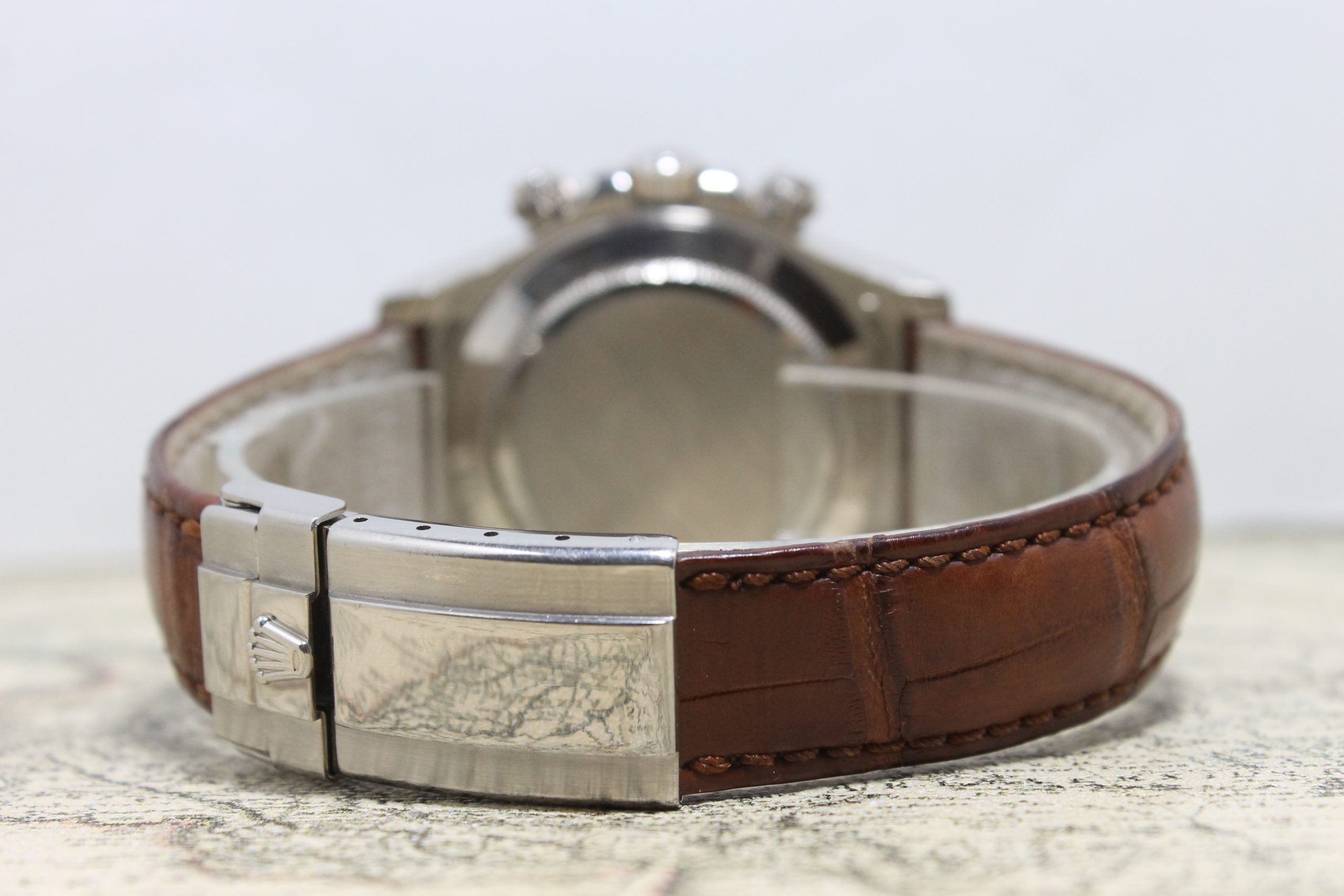 Sodalite Daytona - In the collecting world the Daytona has always been the Top model of the Sports range from Rolex. The run on the stainless steel pieces is second to none and it has been like this since the 1990 when the Zenith powered Daytona was in the game, it was like a lottery to get those watches. When Rolex then launched their first in-house caliber in year 2000 the masses jumped on the supply and made it to what it is today by. The stainless model is leading in demand with a few outliars in other metals such as this 2004 Rolex Daytona 116519. First of all it is made of 18K white gold and second, it comes on leather strap, from factory. The leather strap version got its own reference as its not possible to install a bracelet on this due to the hooded end links on the case. The 116519 is known to come in wild configurations with gem set bezels and exclusive dials such as the popular colored 'Beach' dials or stone dials. What we have here is a beautiful example of a 116519 Daytona with Sodalite stone dial, a mineral that is known for its baby blue color. There are two versions of this dial, one with diamond setting and the other one with an outer minute track. This very watch bears the latter version. The main graphics are in white playing very well alongside the whitish pattern on the dial itself. With the overall run on special configured Daytonas, this is also one which one has to hunt to obtain. We are happy to offer this example for sale in strong condition and flawless dial.