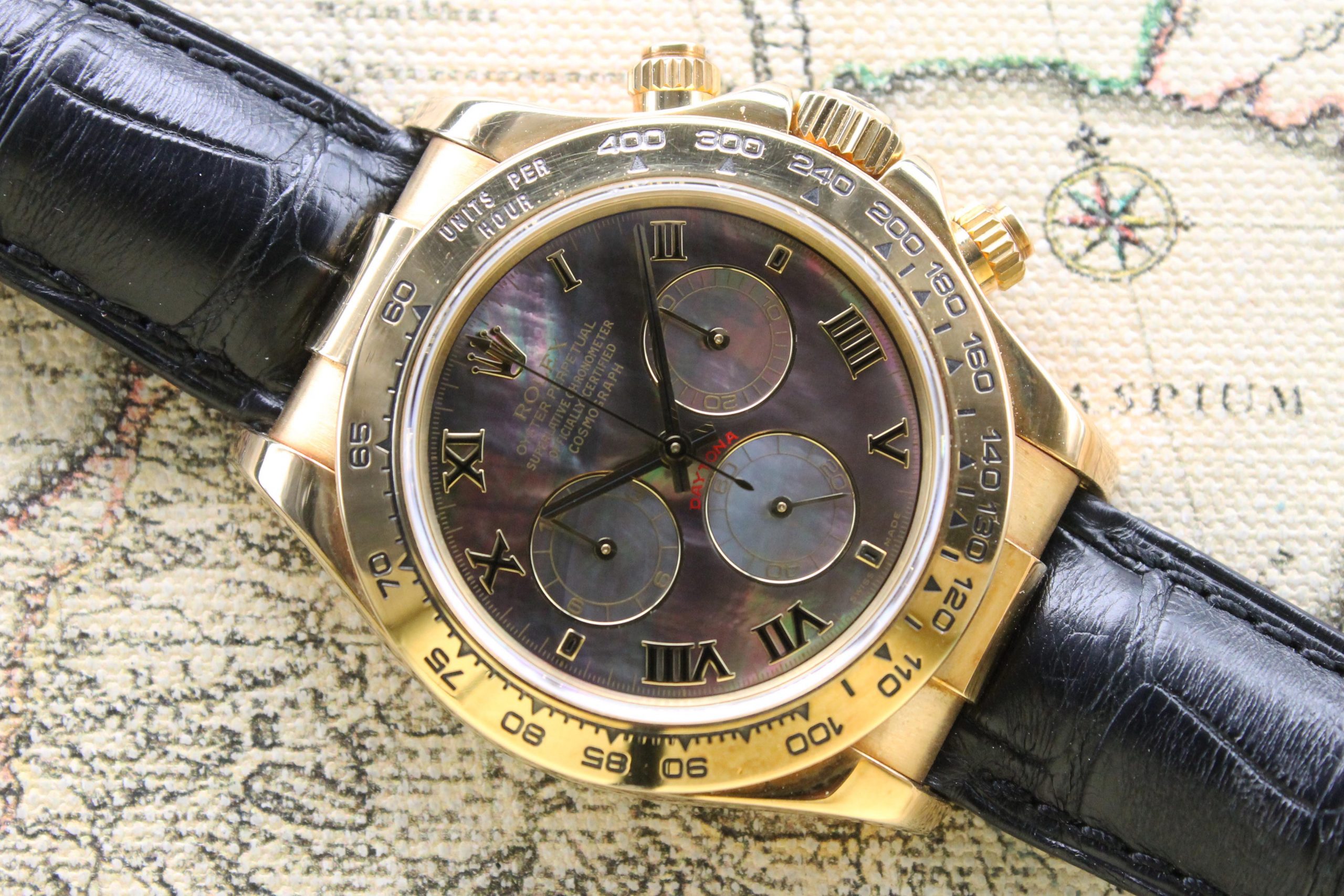 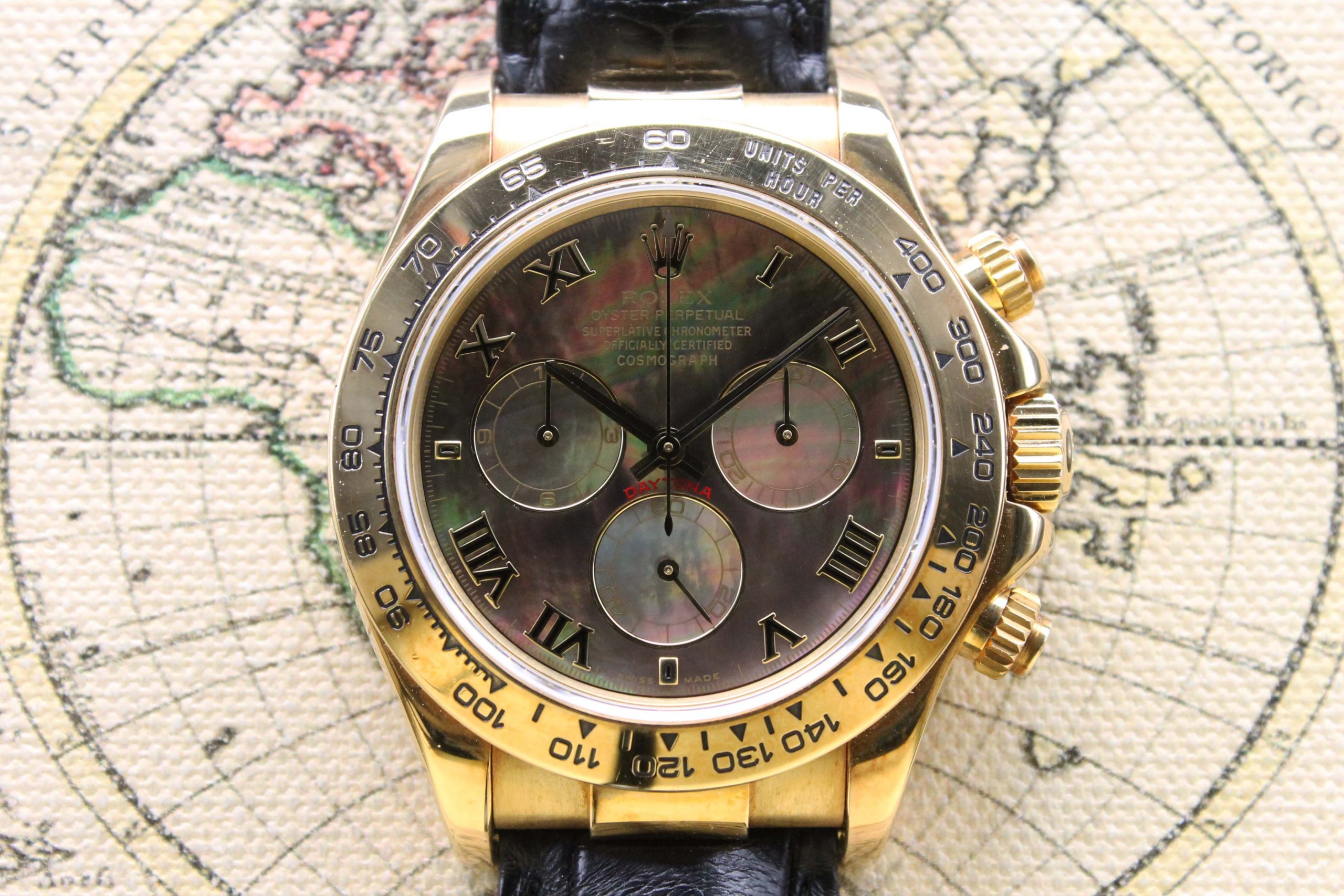 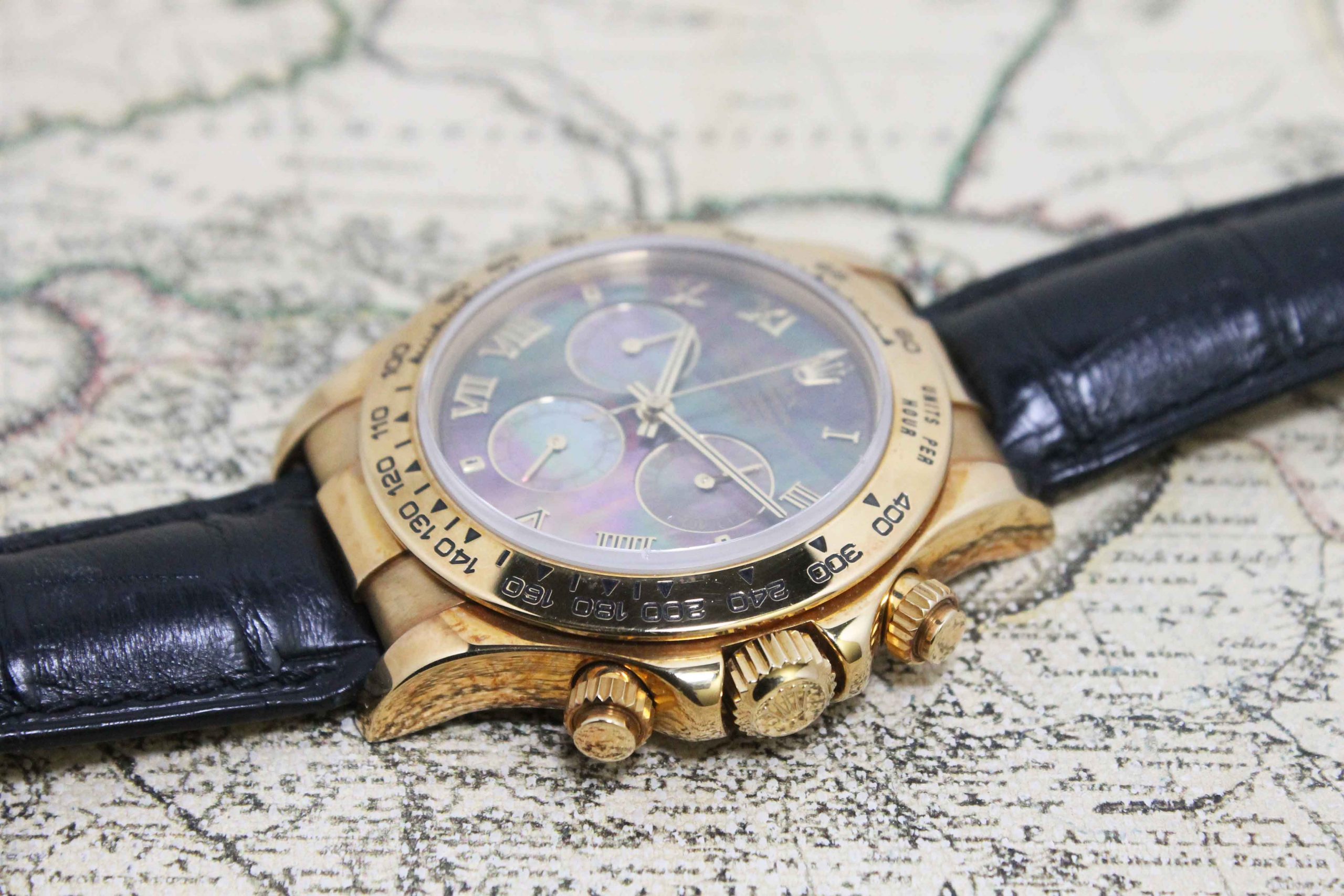 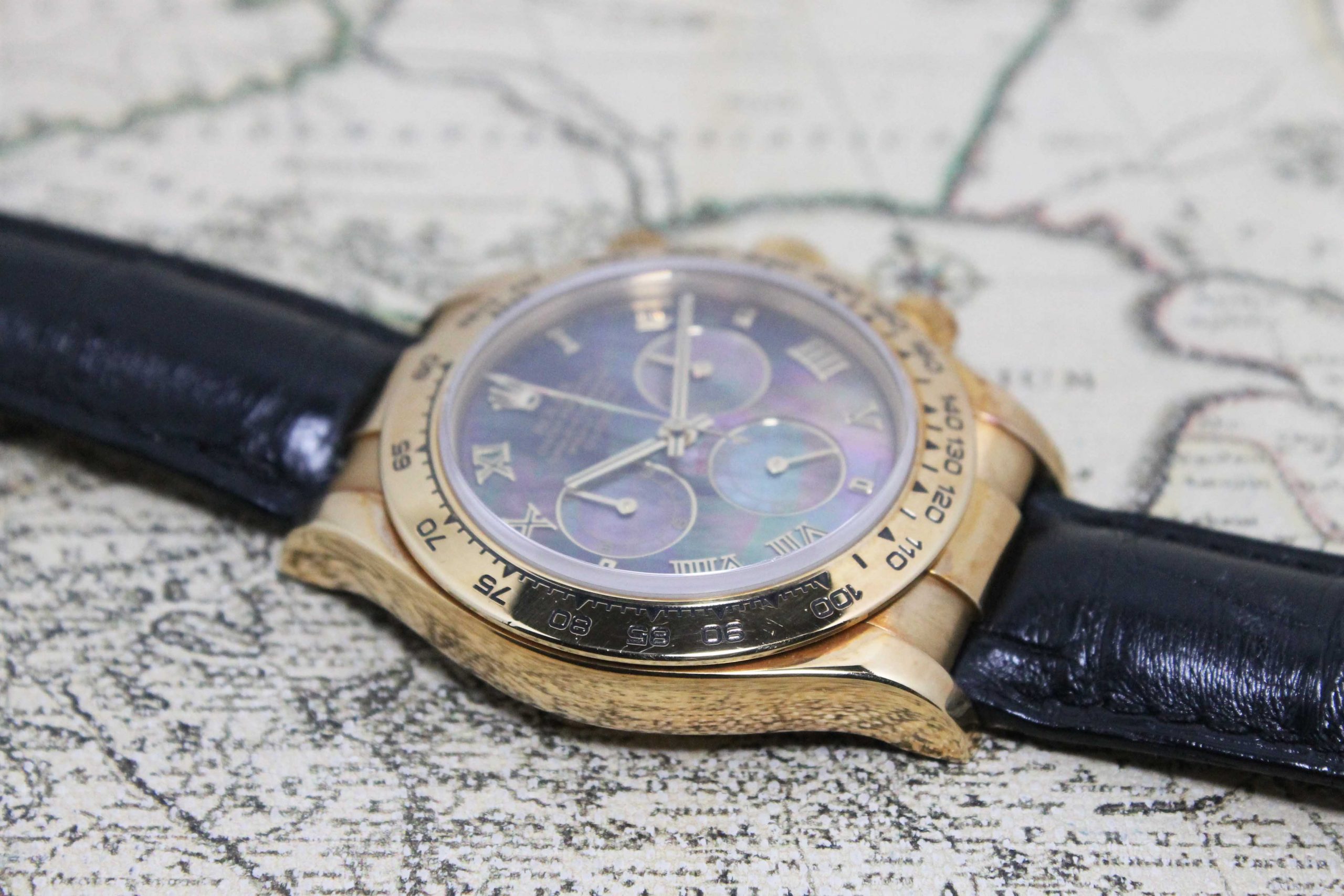 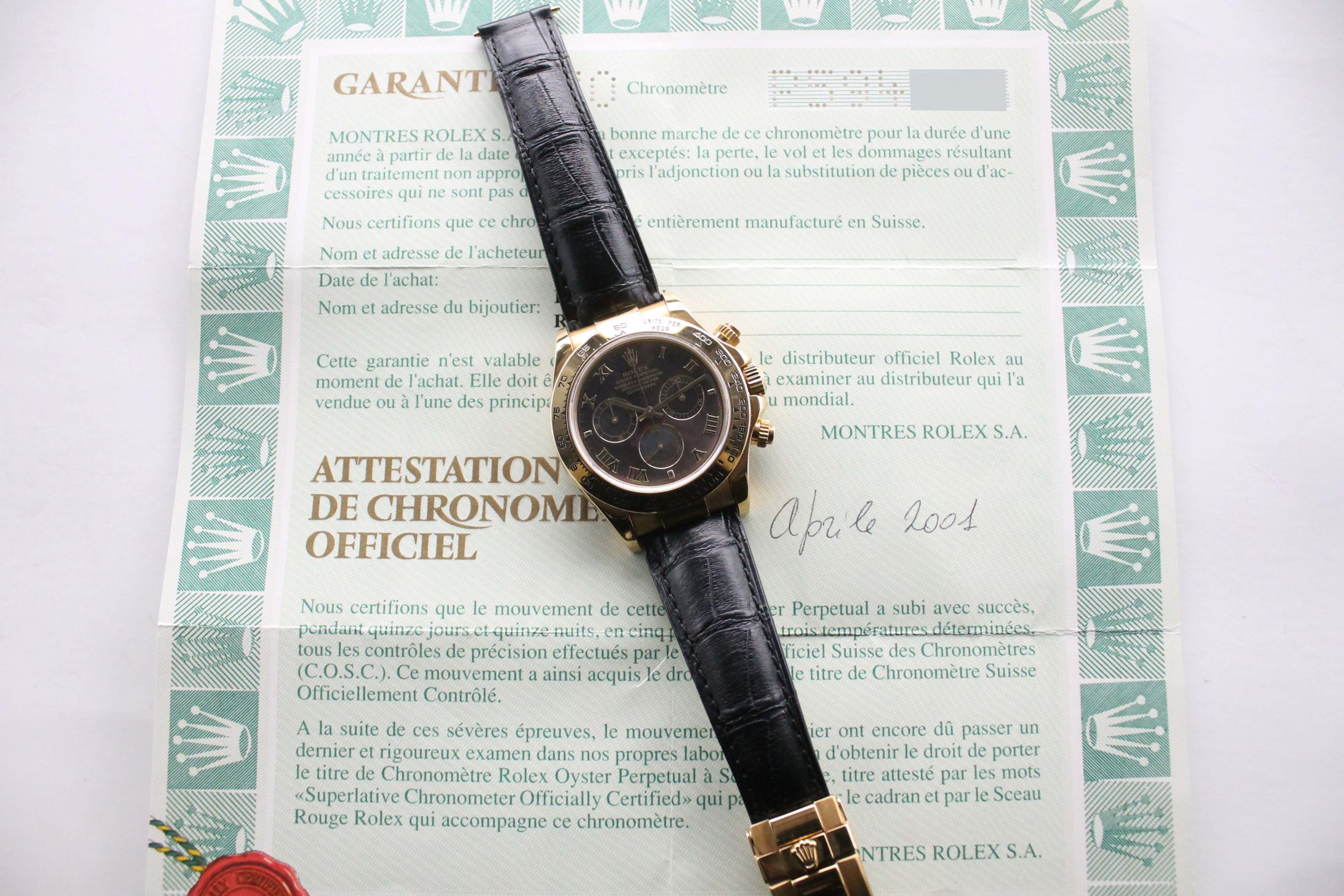 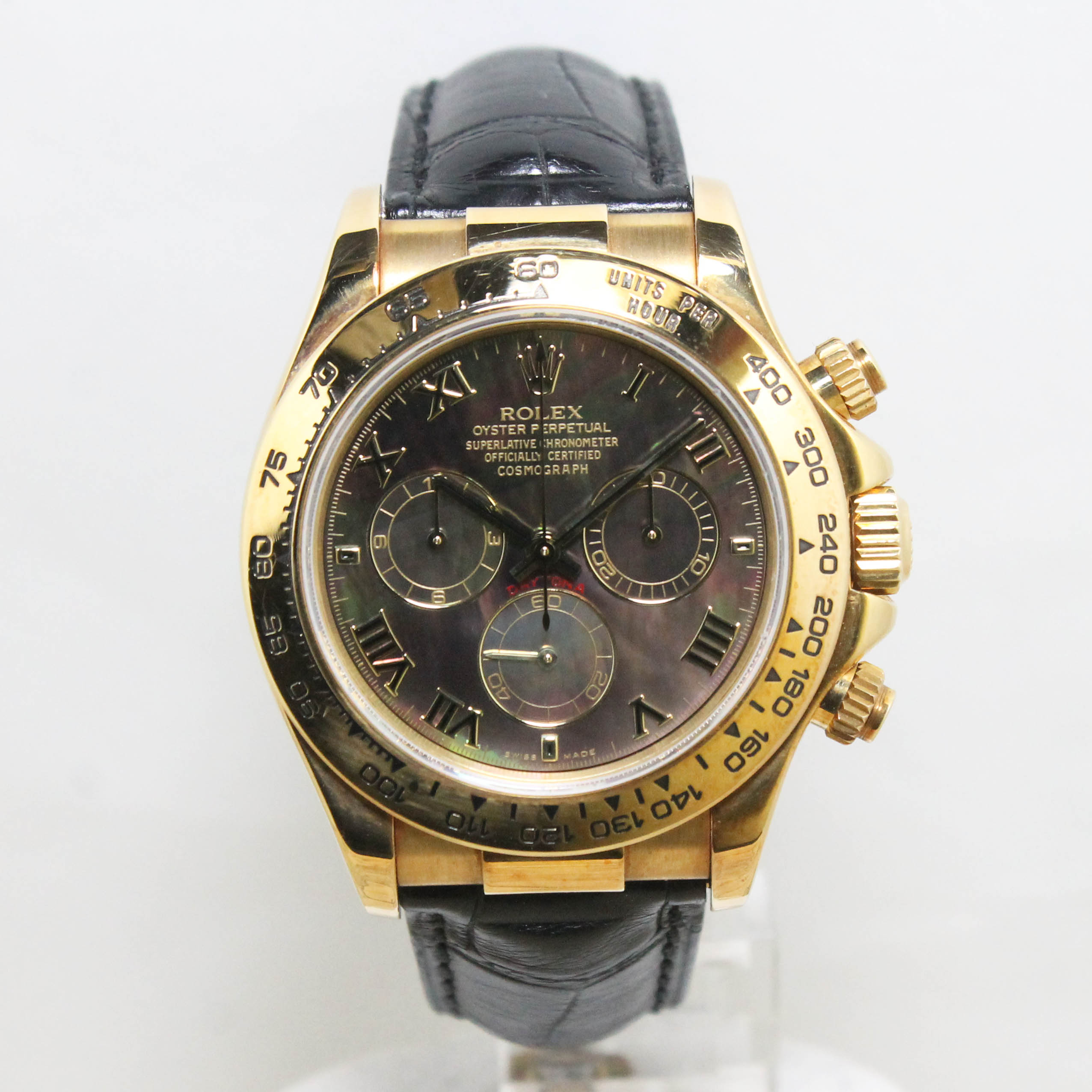 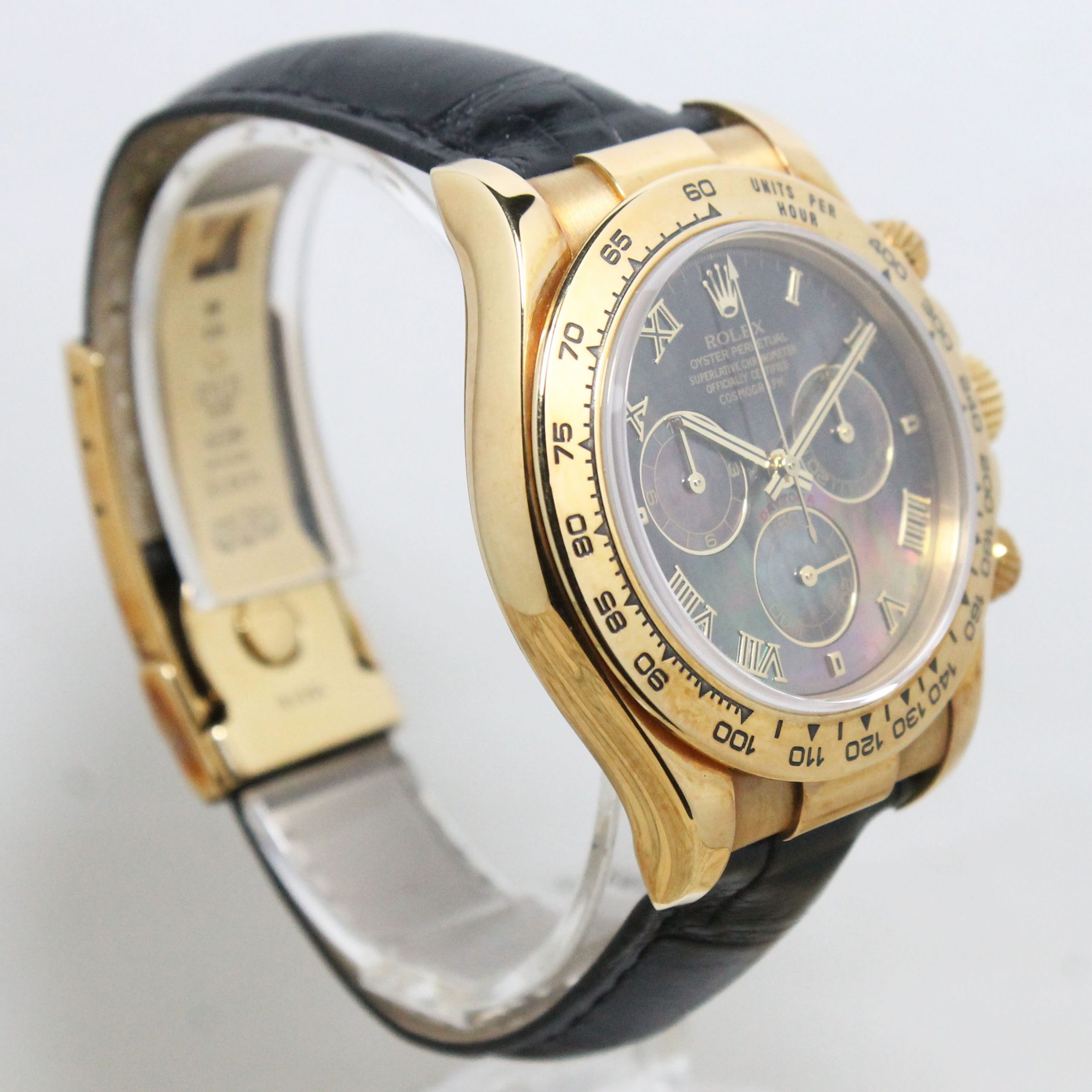 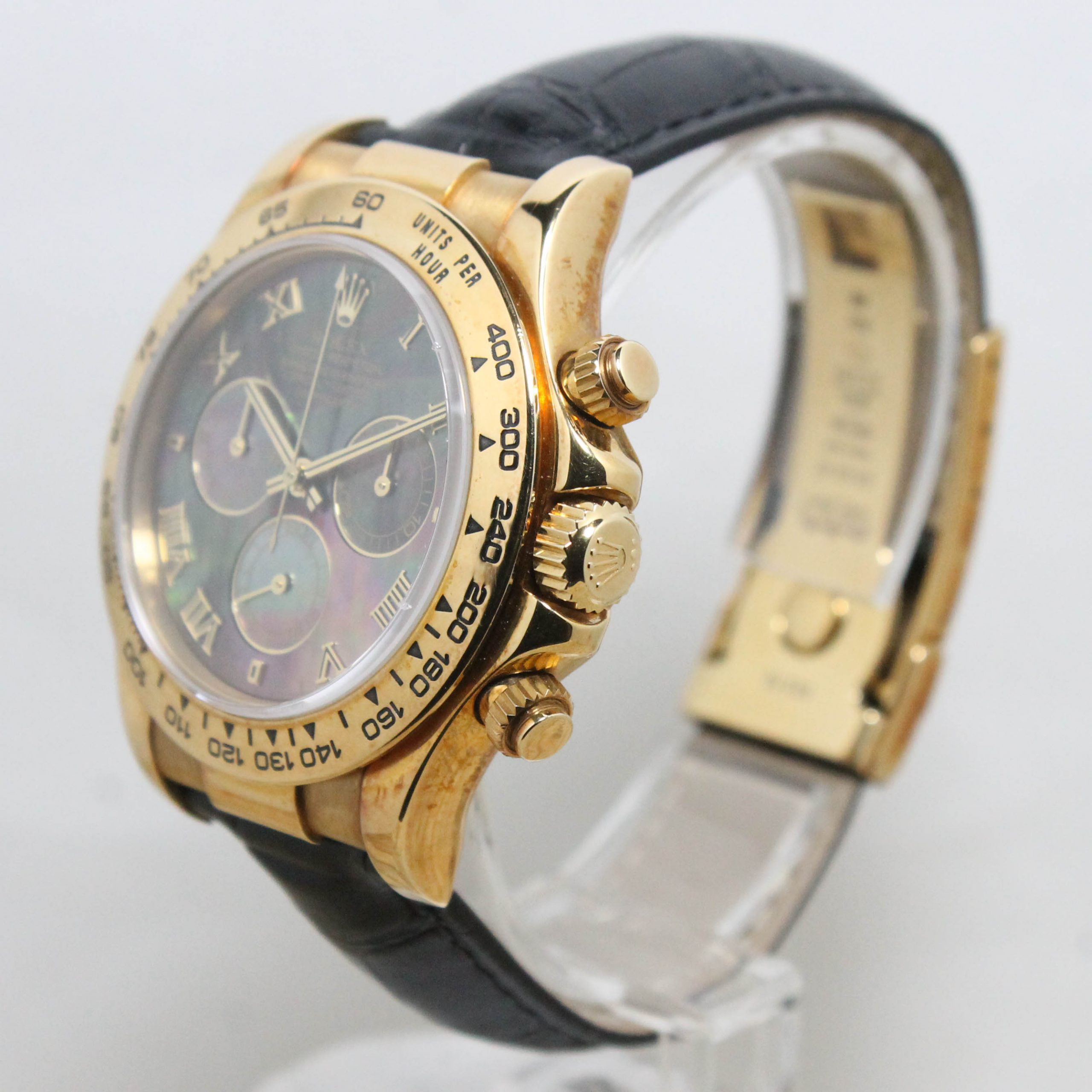 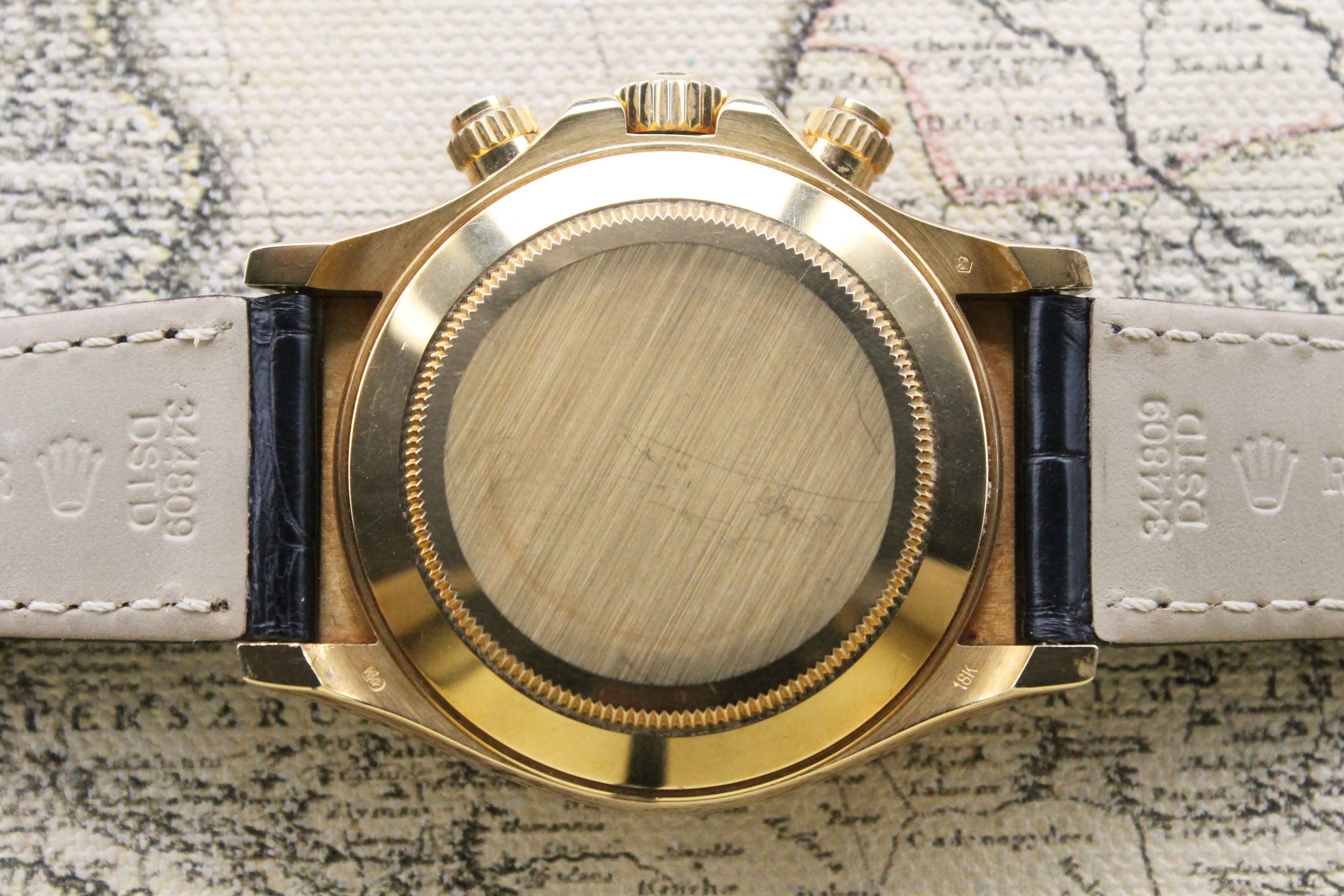 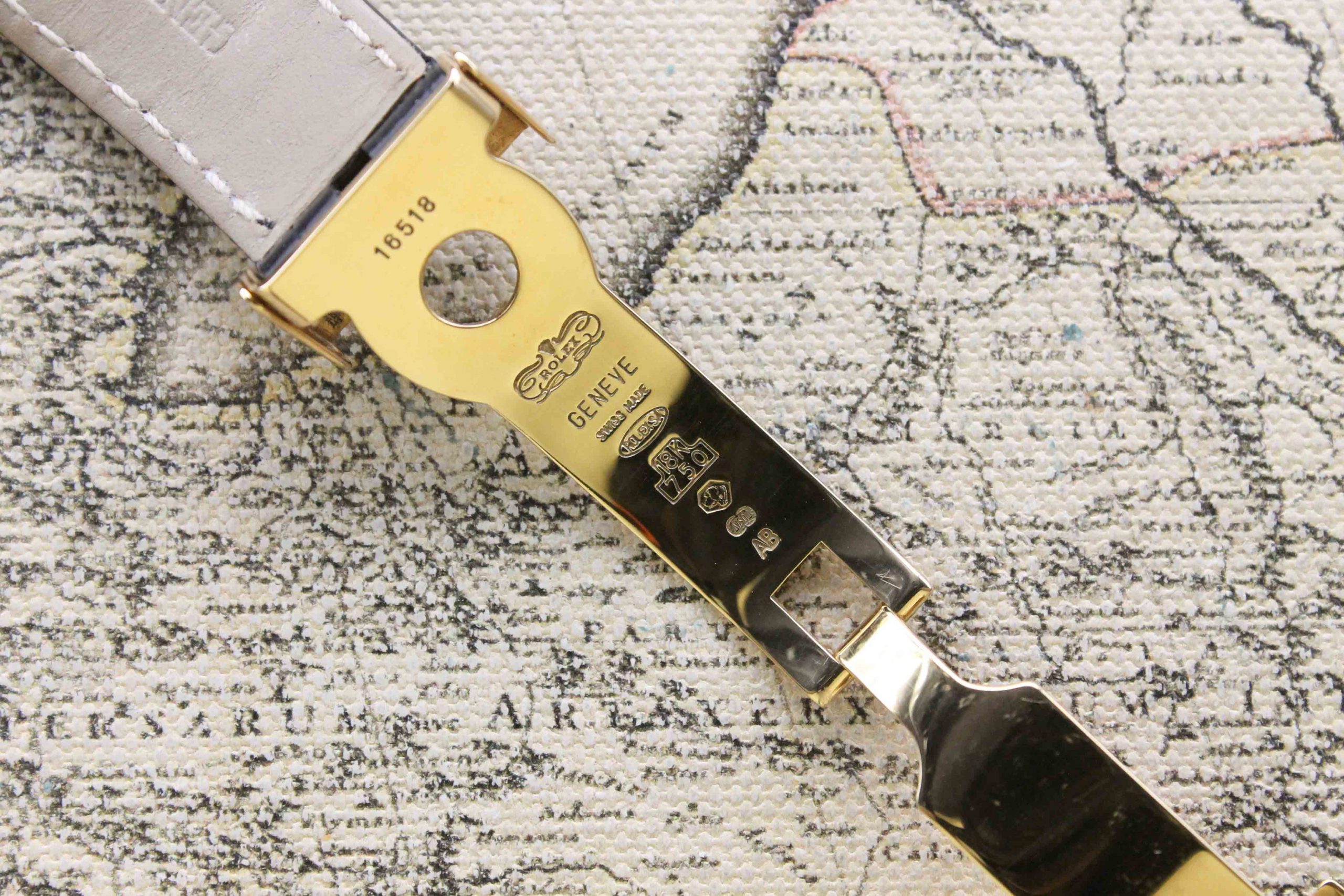 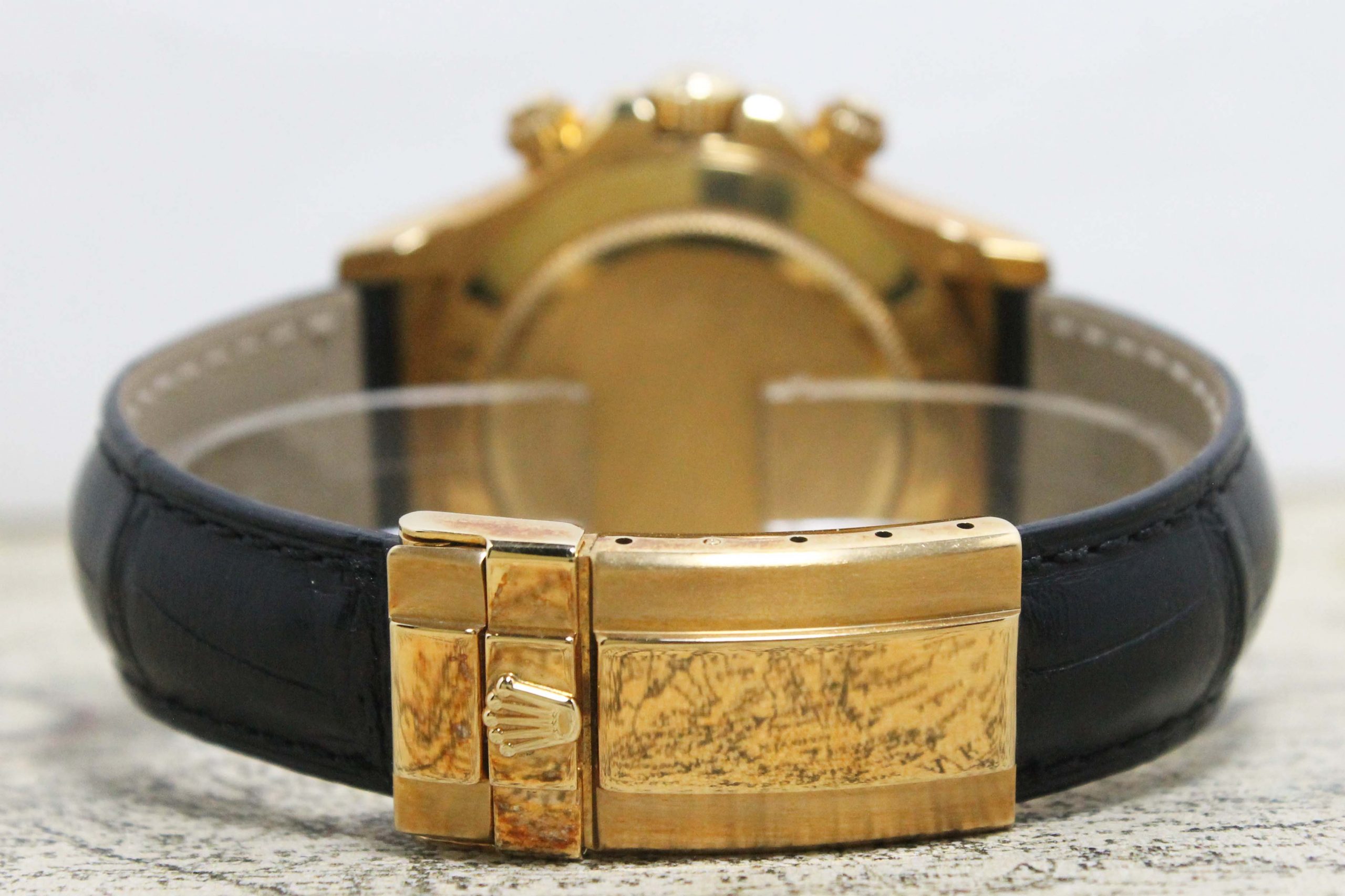 Tahitian heat       - We love the Daytona and one reason is that this Sport watch has been paired with a wide variety of dials, especially the leather strap models. This 116518 Daytona is 22 years old but in a stunning condition. The yellow gold has patina'd in some areas and showing very light aging looking almost pink gold. The case and bezel are in awesome condition and house a factory Tahitian Mother of Pearl dial. This combination is to die for. The dial has applied Roman numerals and bears gilt graphics, looking great on the colorful surface of the Mother of Pearl. This 116518 is a crazy watch on the wrist and we are happy to offer it here with original punched papers from Italy.