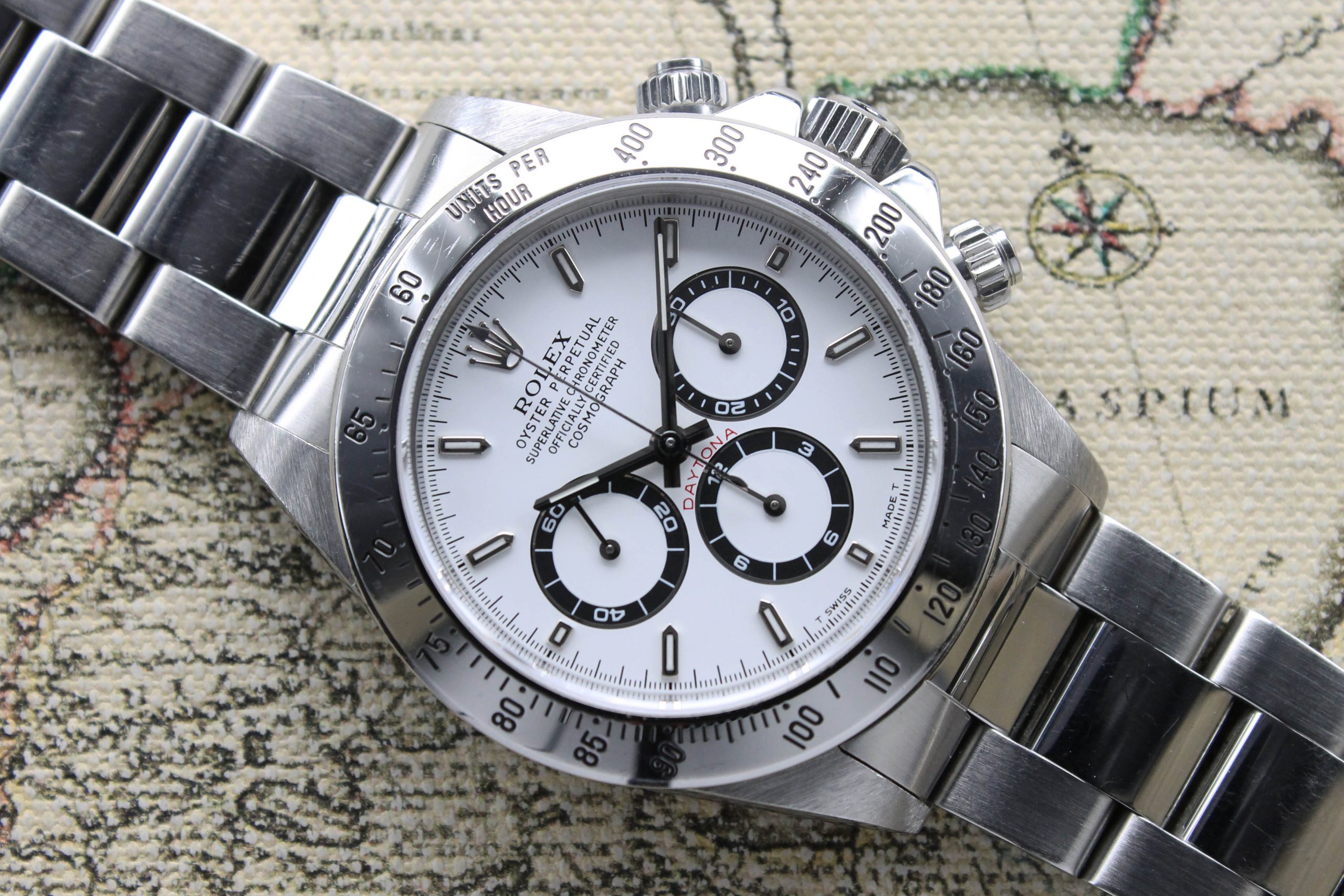 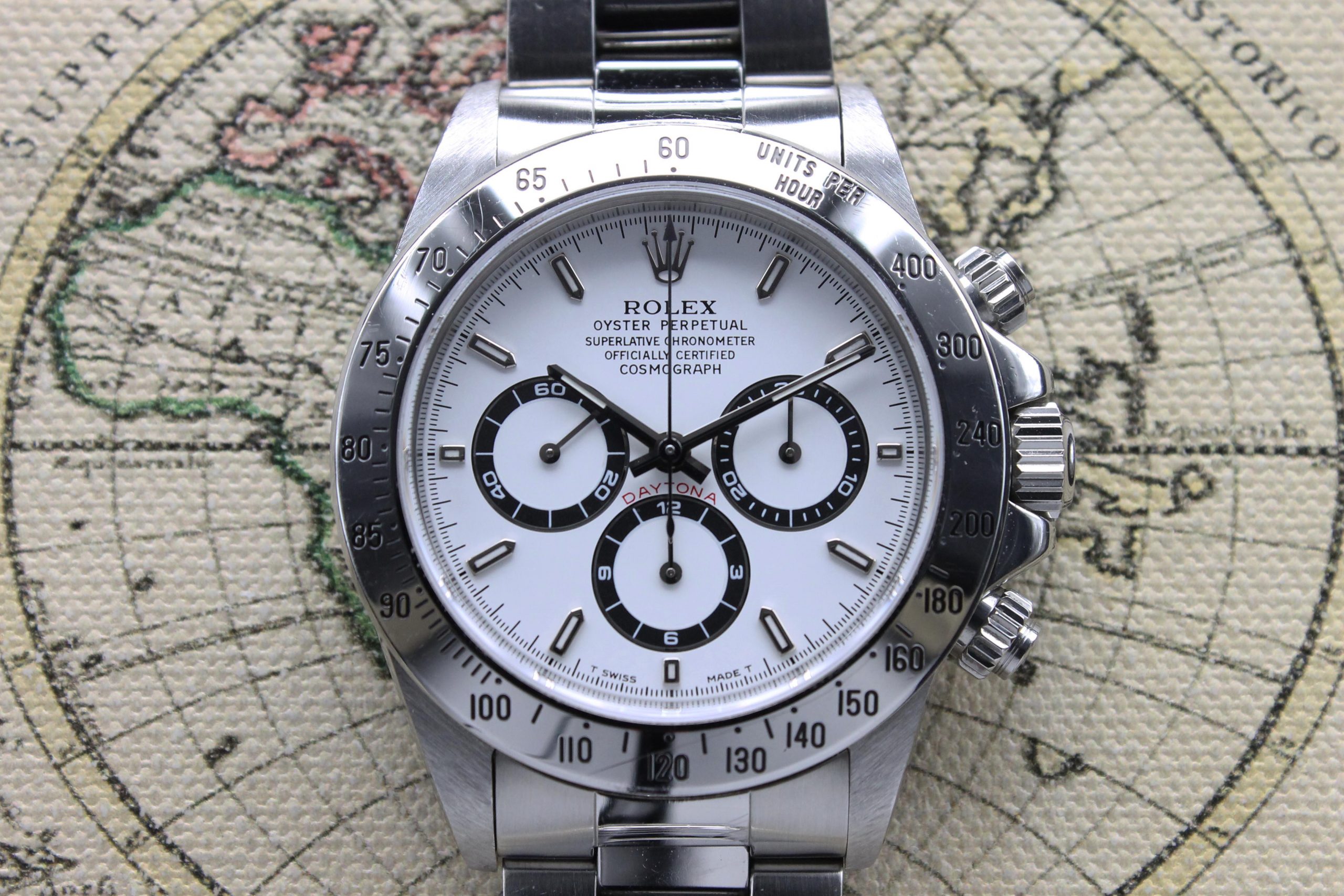 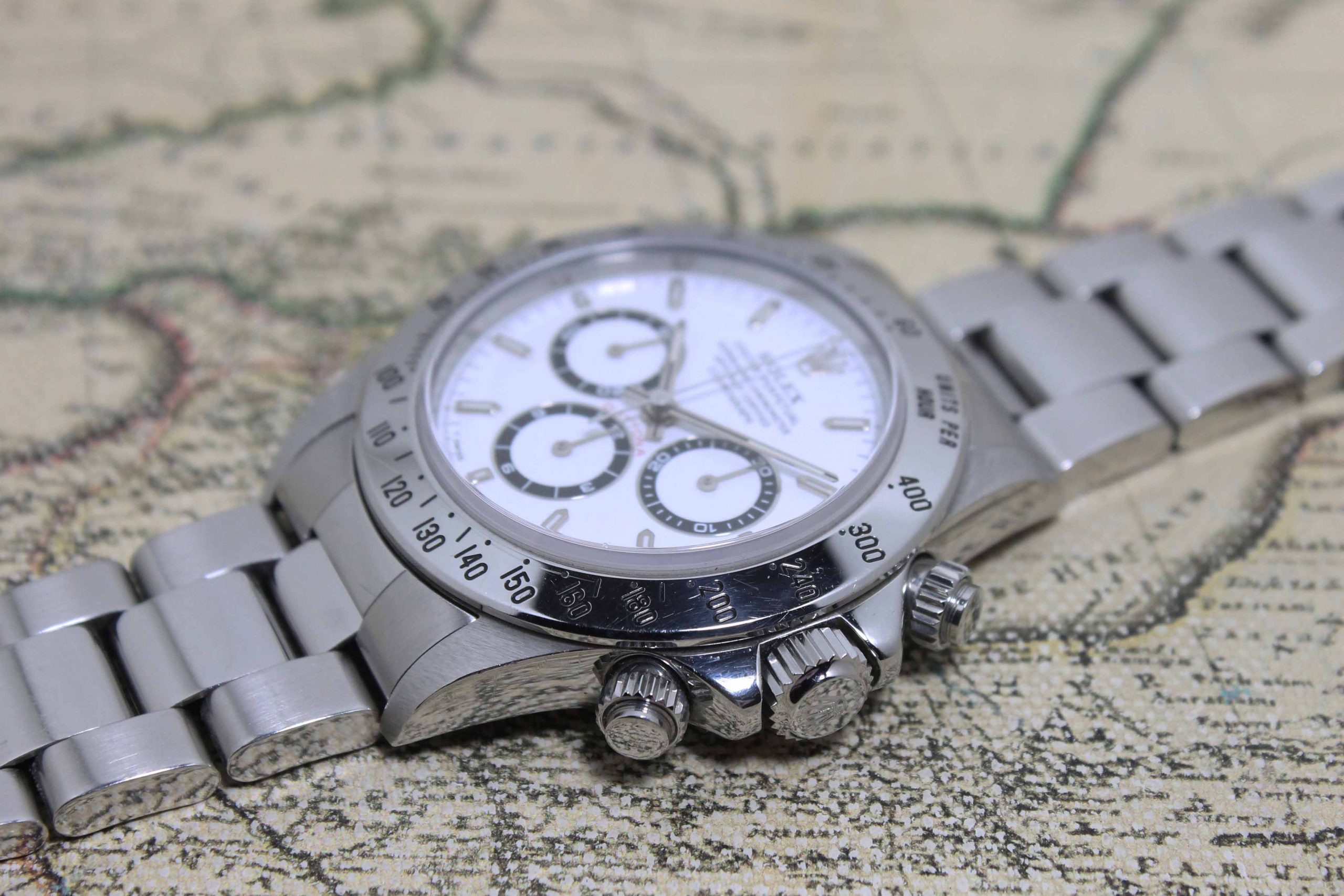 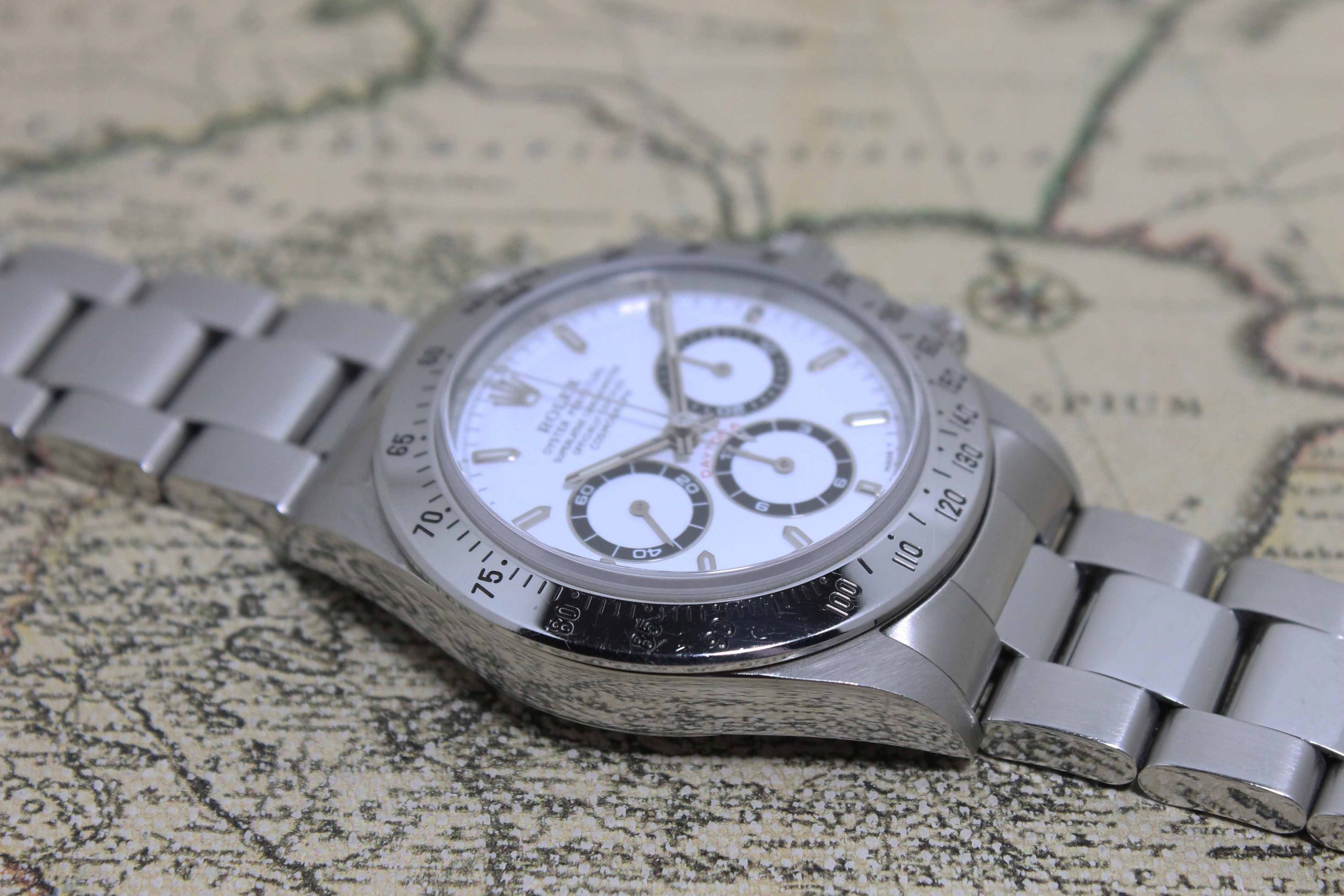 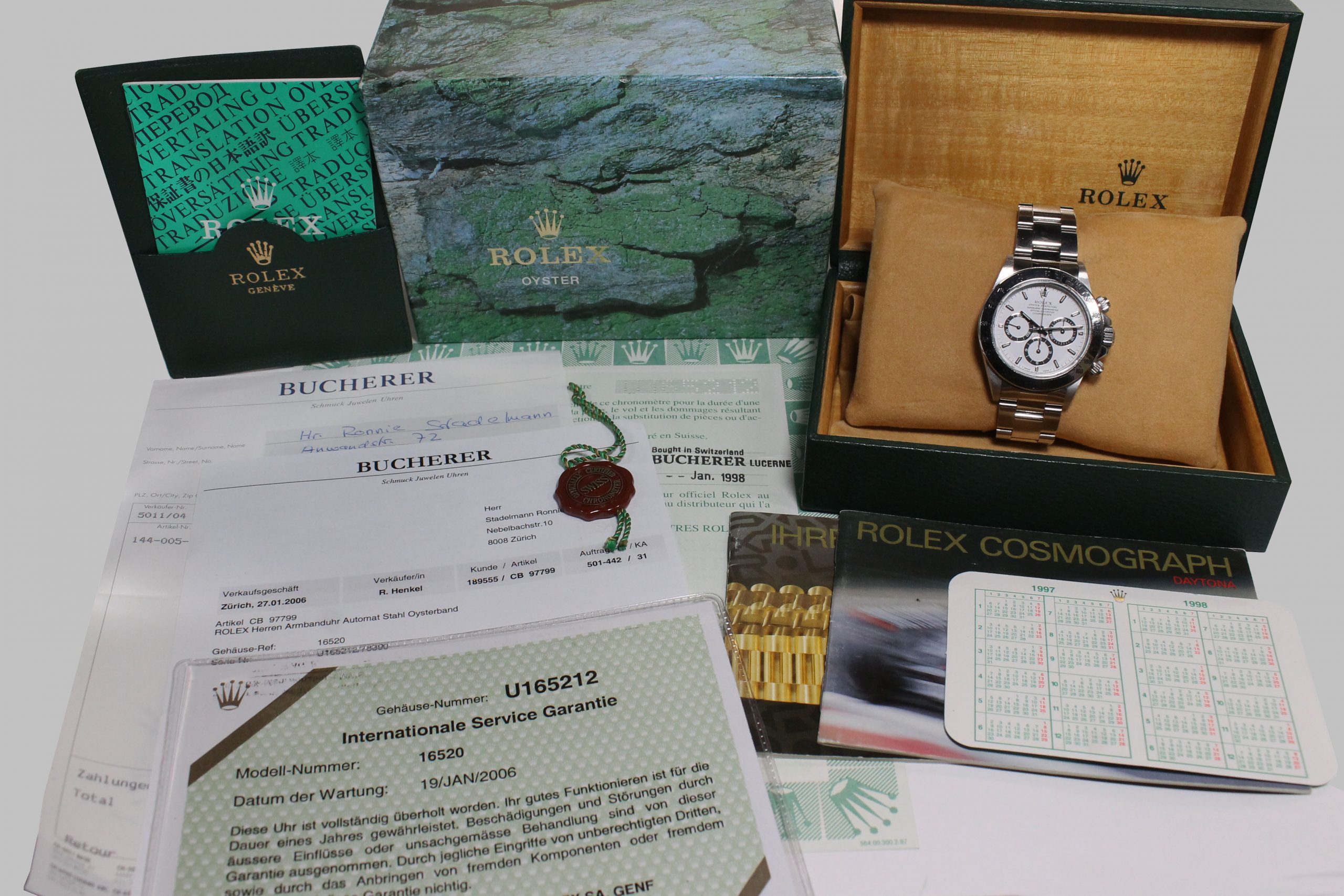 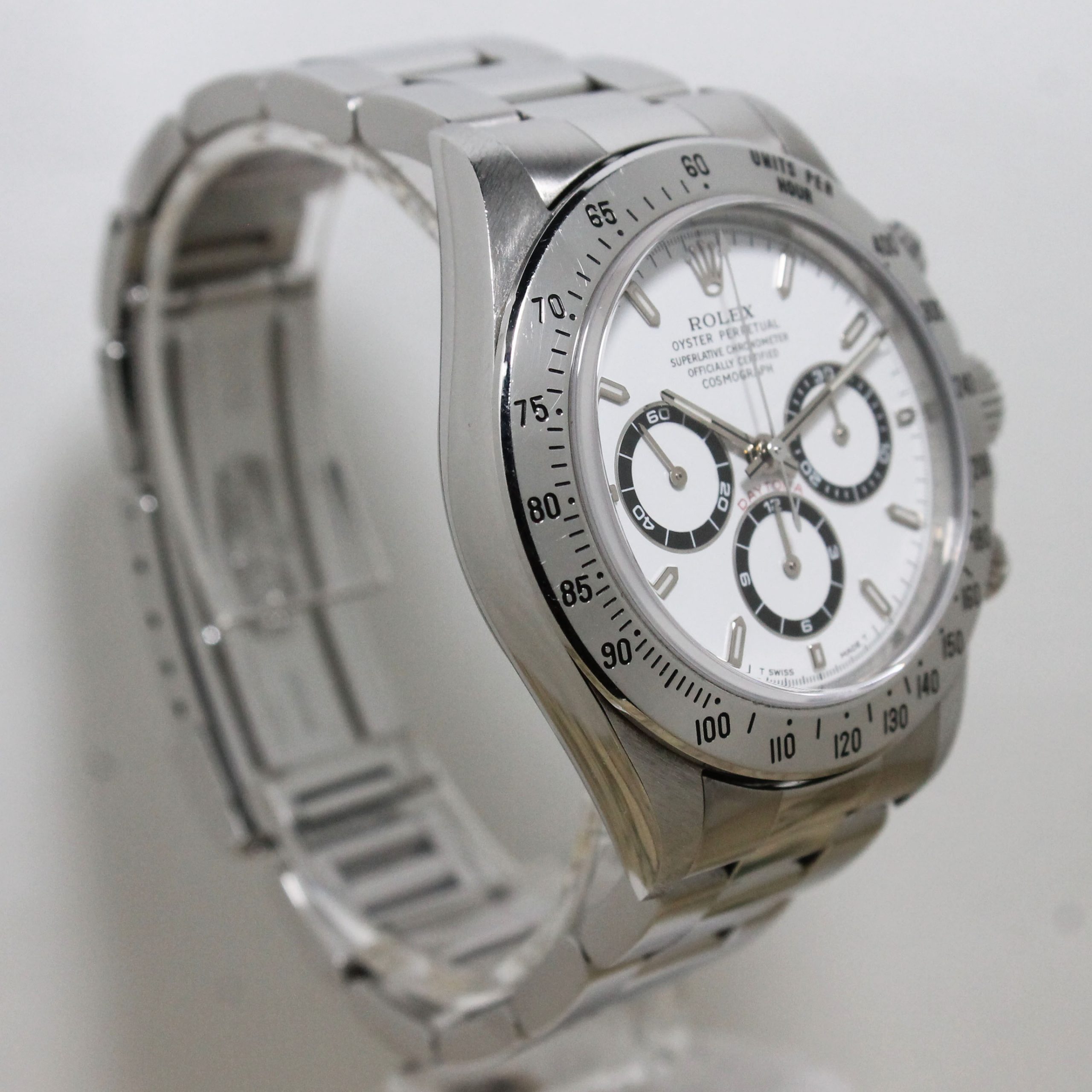 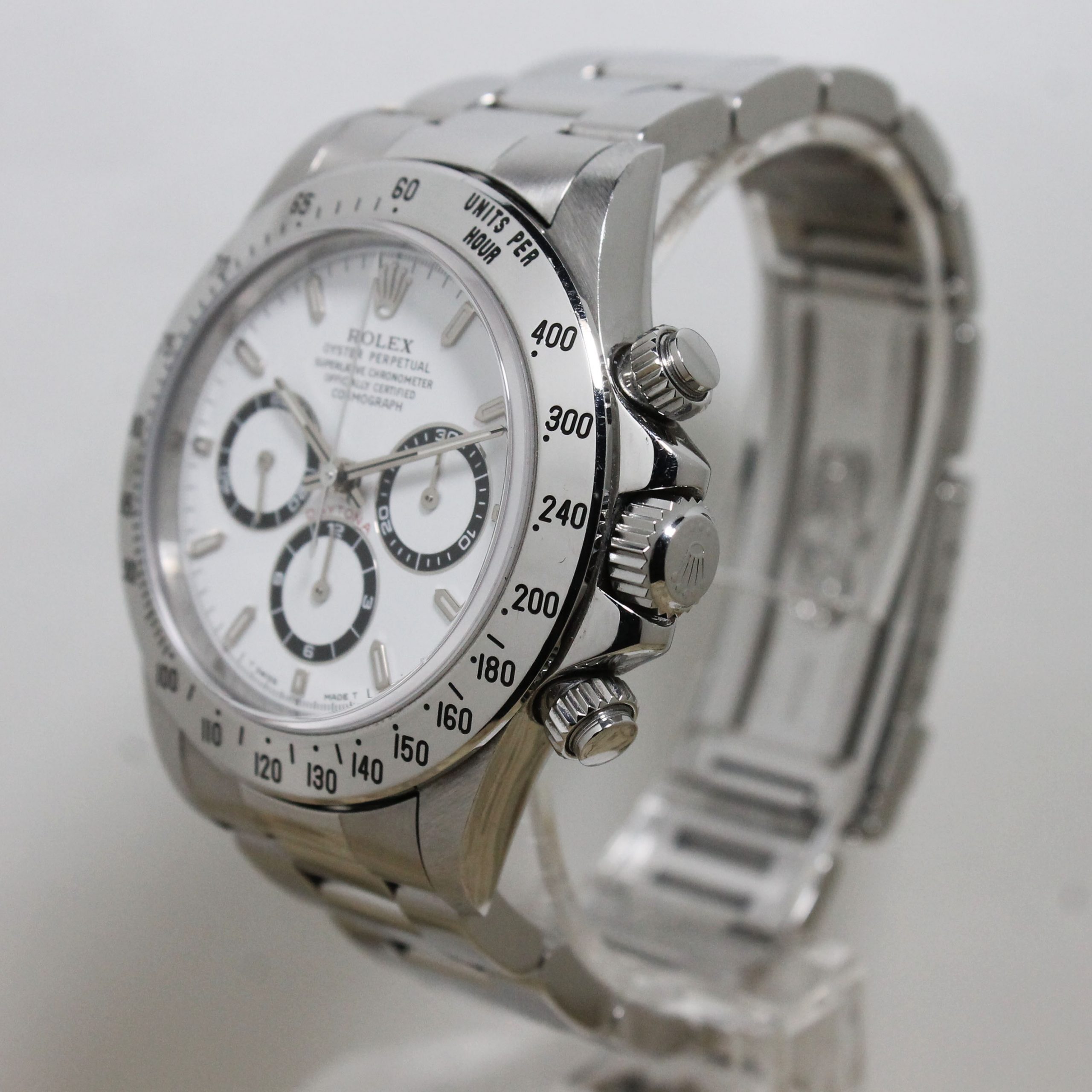 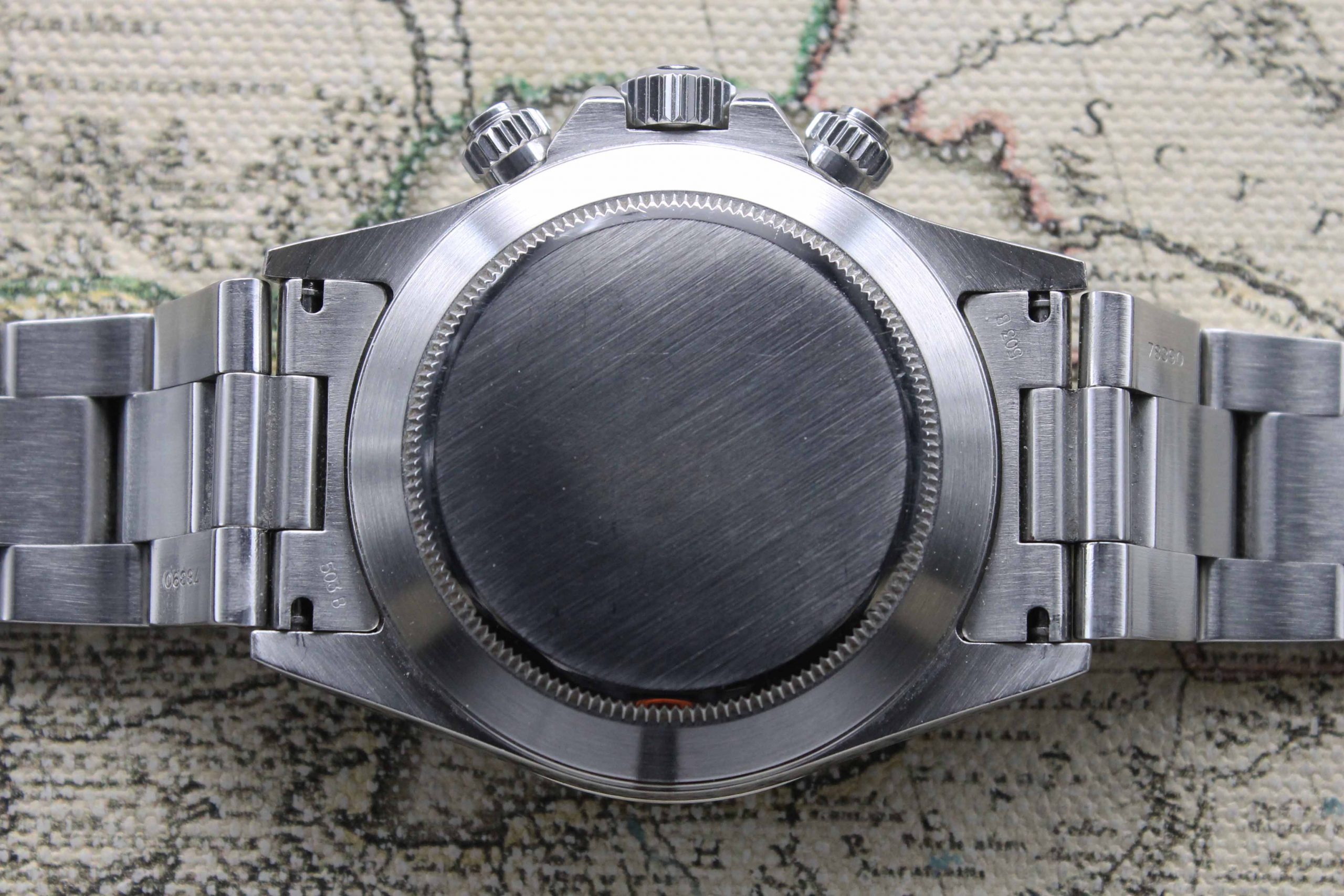 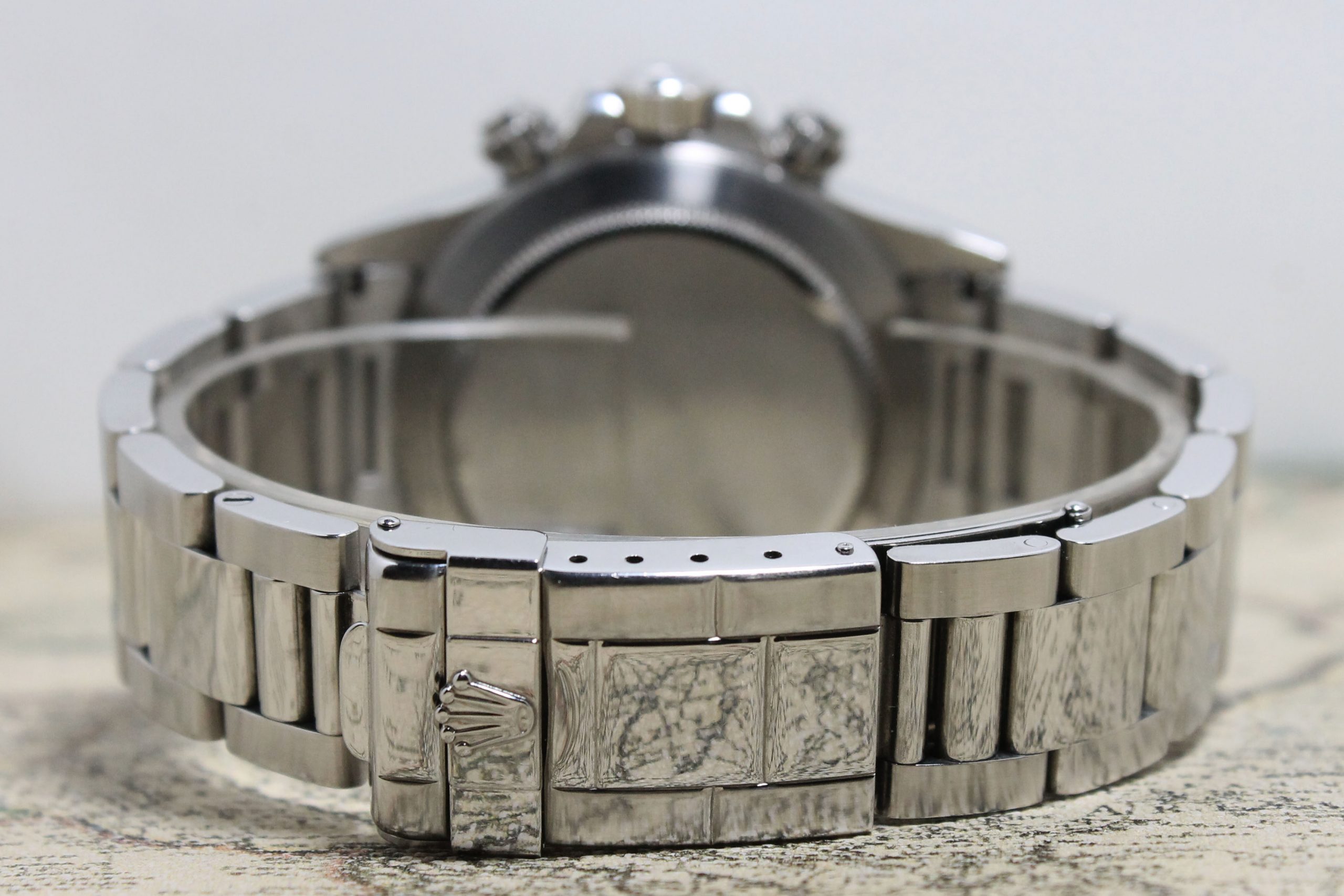 The black Zenith        - The Reference 16520 was launched in 1988 as the first self-winding Daytona from Rolex. Because Rolex at that time wasn't able to master it themselves they introduced the watch with the Zenith Cal.4030 automatic movement. It was an upgraded version of the original El Primero Cal.400 with extensive modifications. All in all Rolex removed about 50% of the original parts from the movement and replaced them with their own. In line with the changes to the movement there were more firsts. The 16520 now had a sapphire crystal and a larger 40mm case. With all modifications the new Daytona became much more contemporary and wearable given its technical properties. The example offered here is one of the later ones produced in 1997, 4 years before the reference was discontinued and the new 116520 with 100% in-house movement was launched. The white dial with original lumes is signed 'T Swiss Made T' indicating the use of Tritium luminous on dial and hands which was changed to Luminova later in 1997, makes this piece one of the last ones released with Tritium dial. The case and bracelet are sharp and crisp and retained in beautiful and strong condition with well defined proportions, not to forget the very crisp bezel still with all the enameling in. This stunning watch was sold in 1998 at Bucherer in Luzern for 6,050 Swiss Franc as the original invoice states. Apart from that the watch comes with everything you can imagine, box, carton, hang tag, calendar, all booklets, Rolex Service Card and Invoice from Bucherer and original punched warranty, making this a super full set.