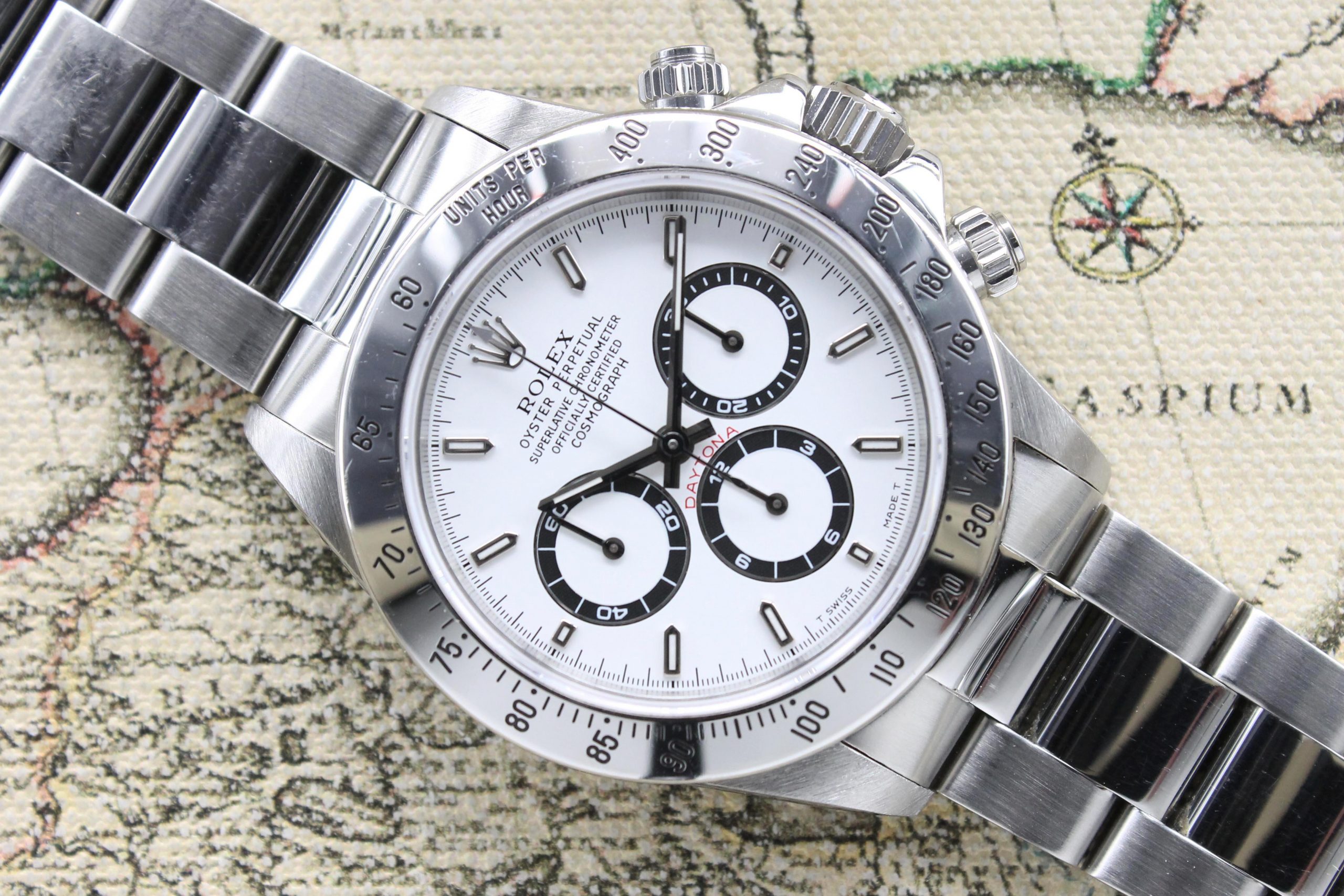 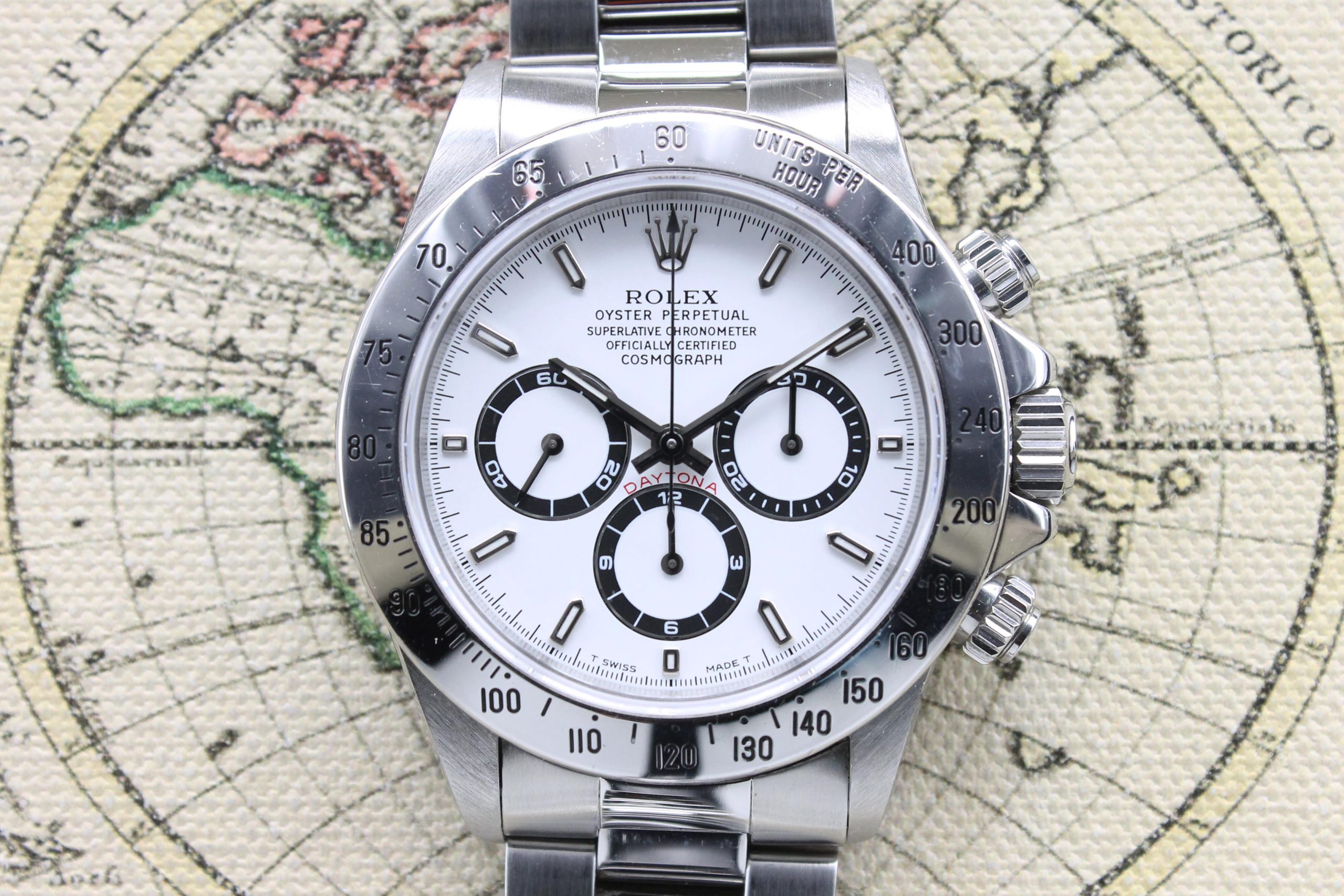 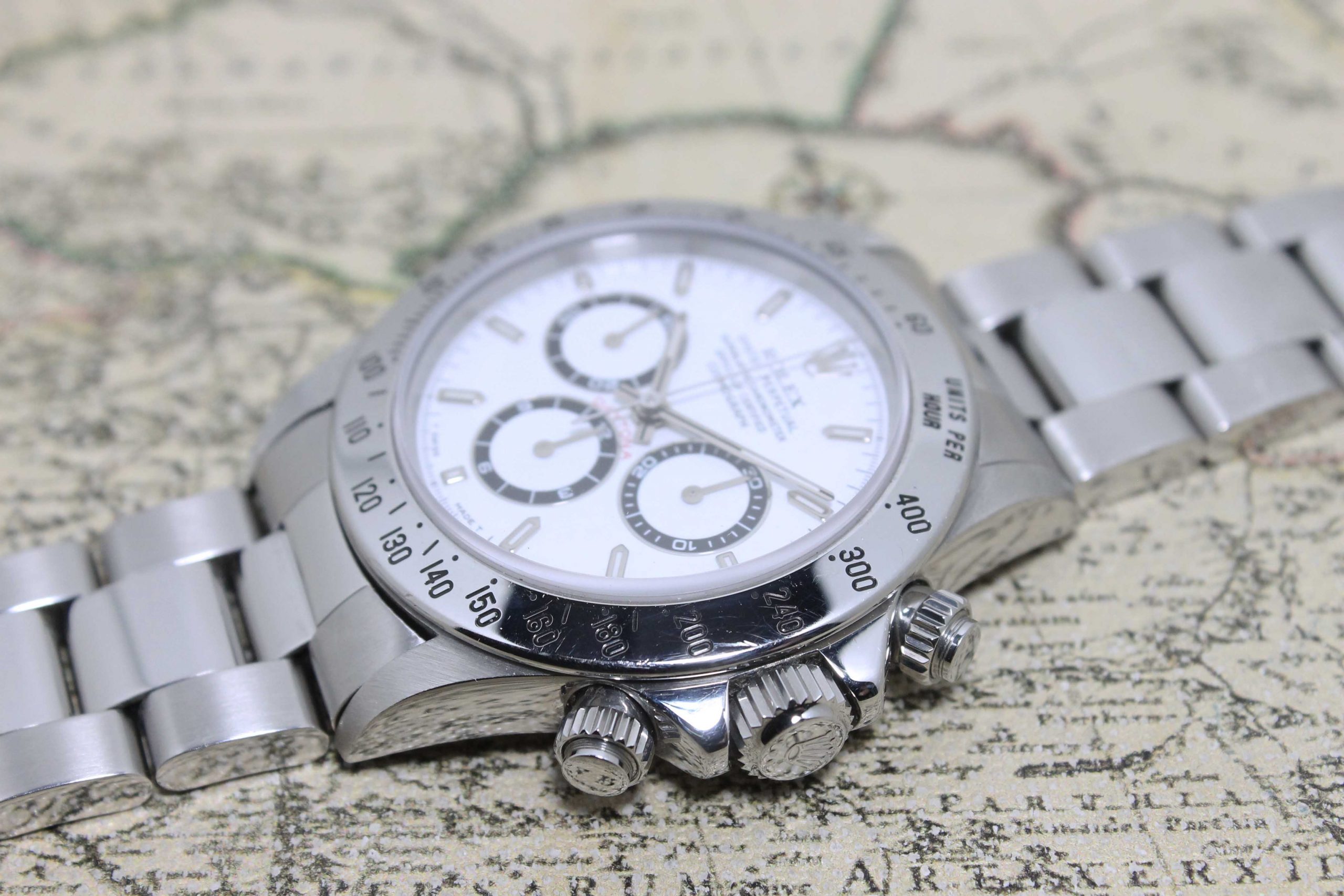 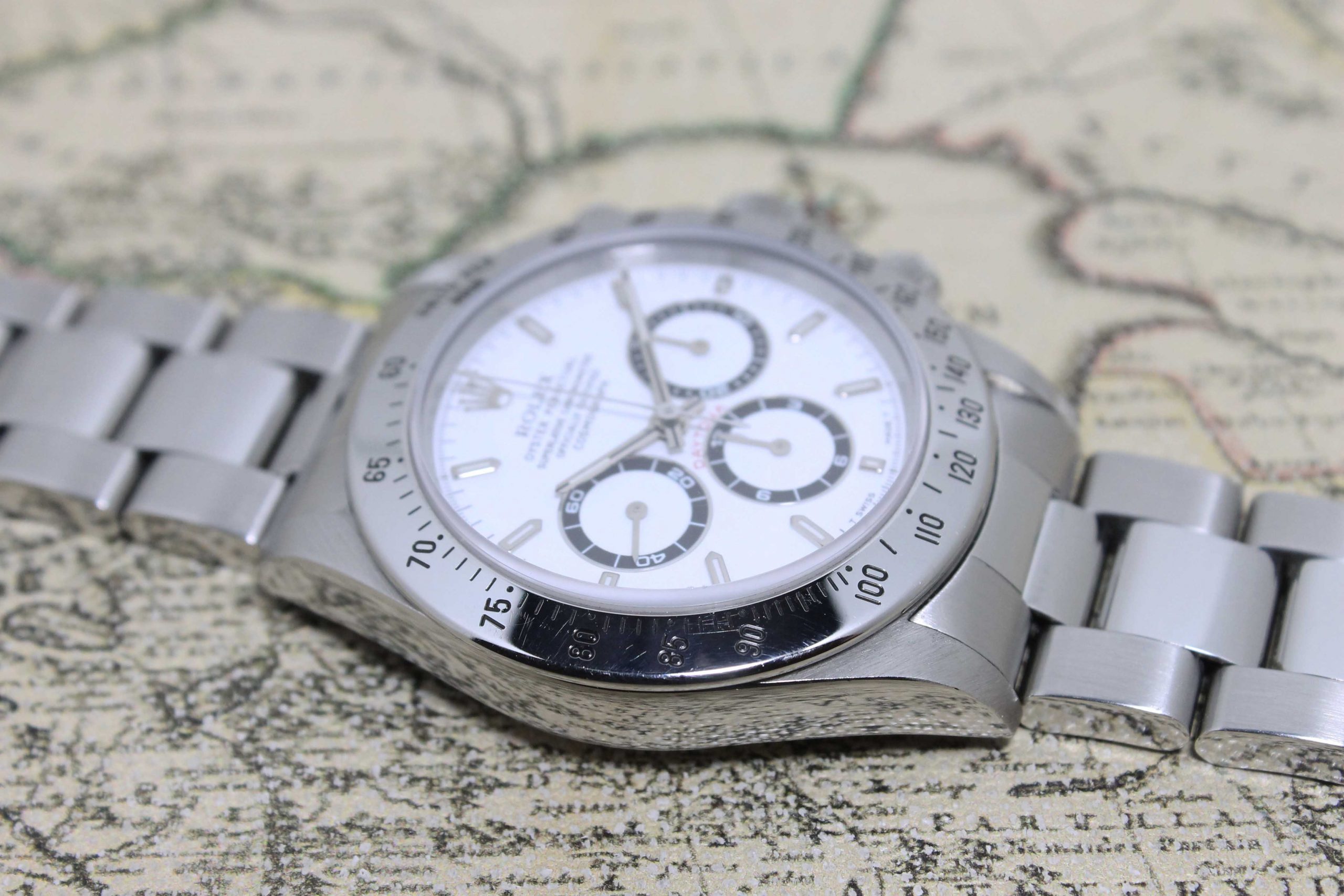 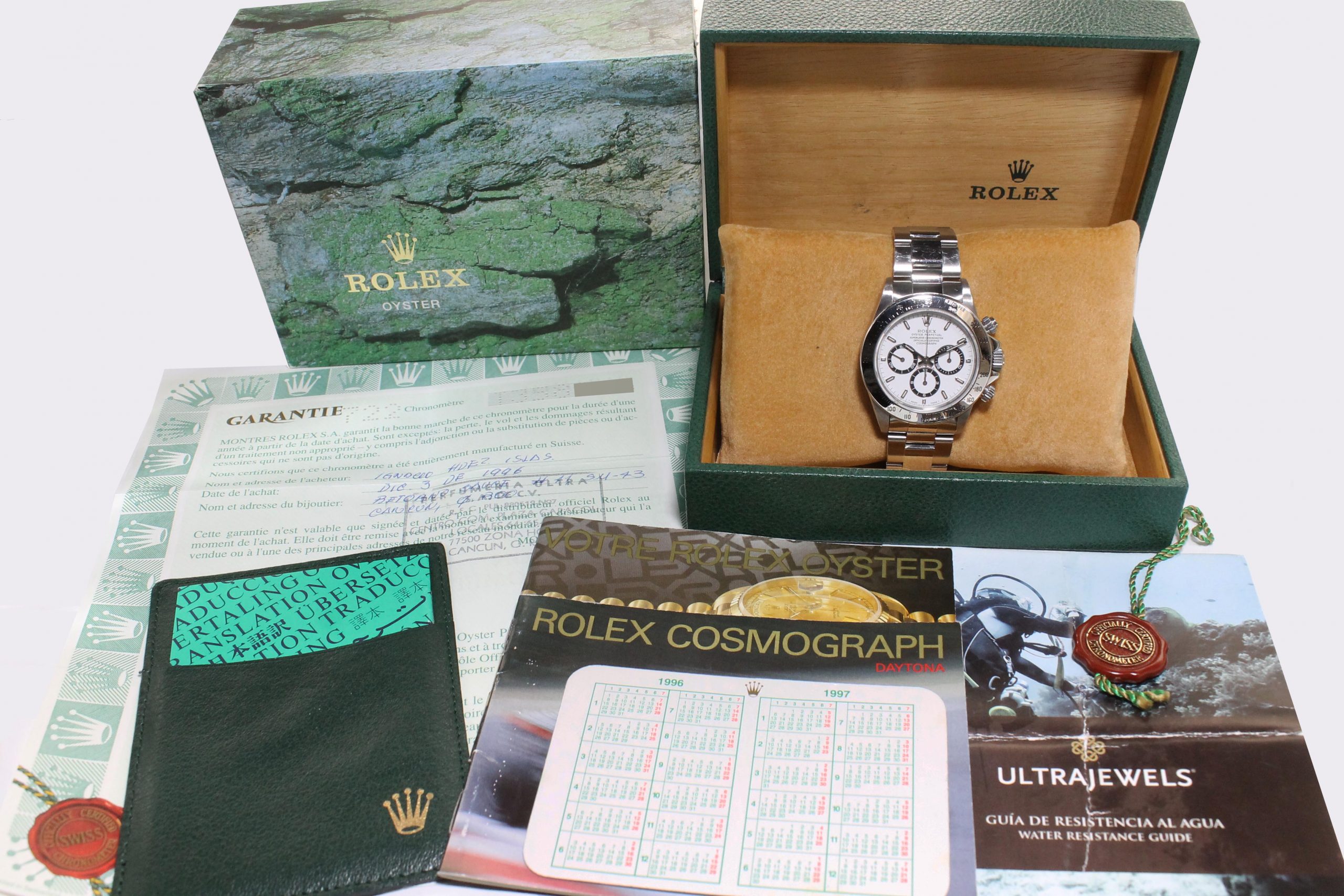 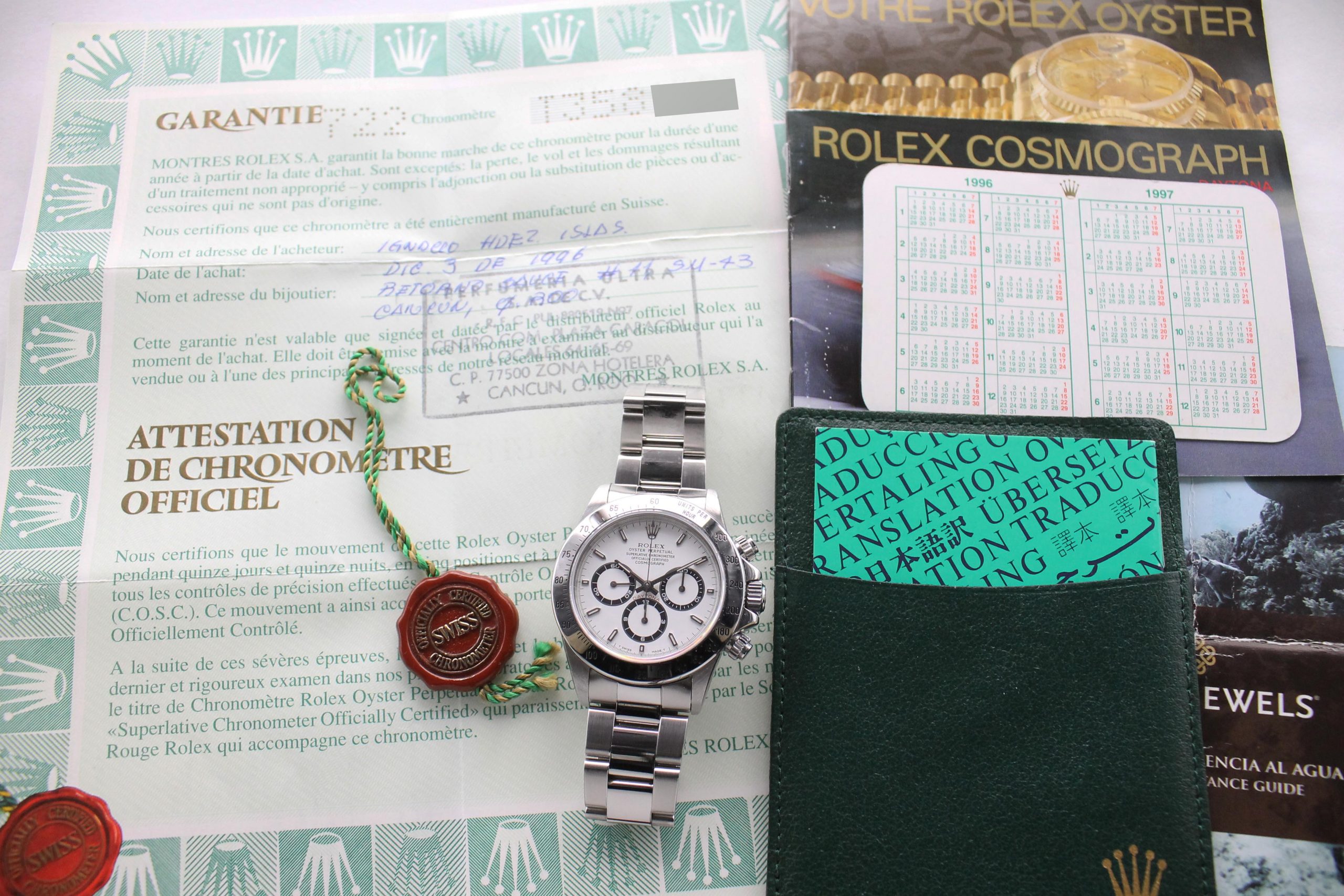 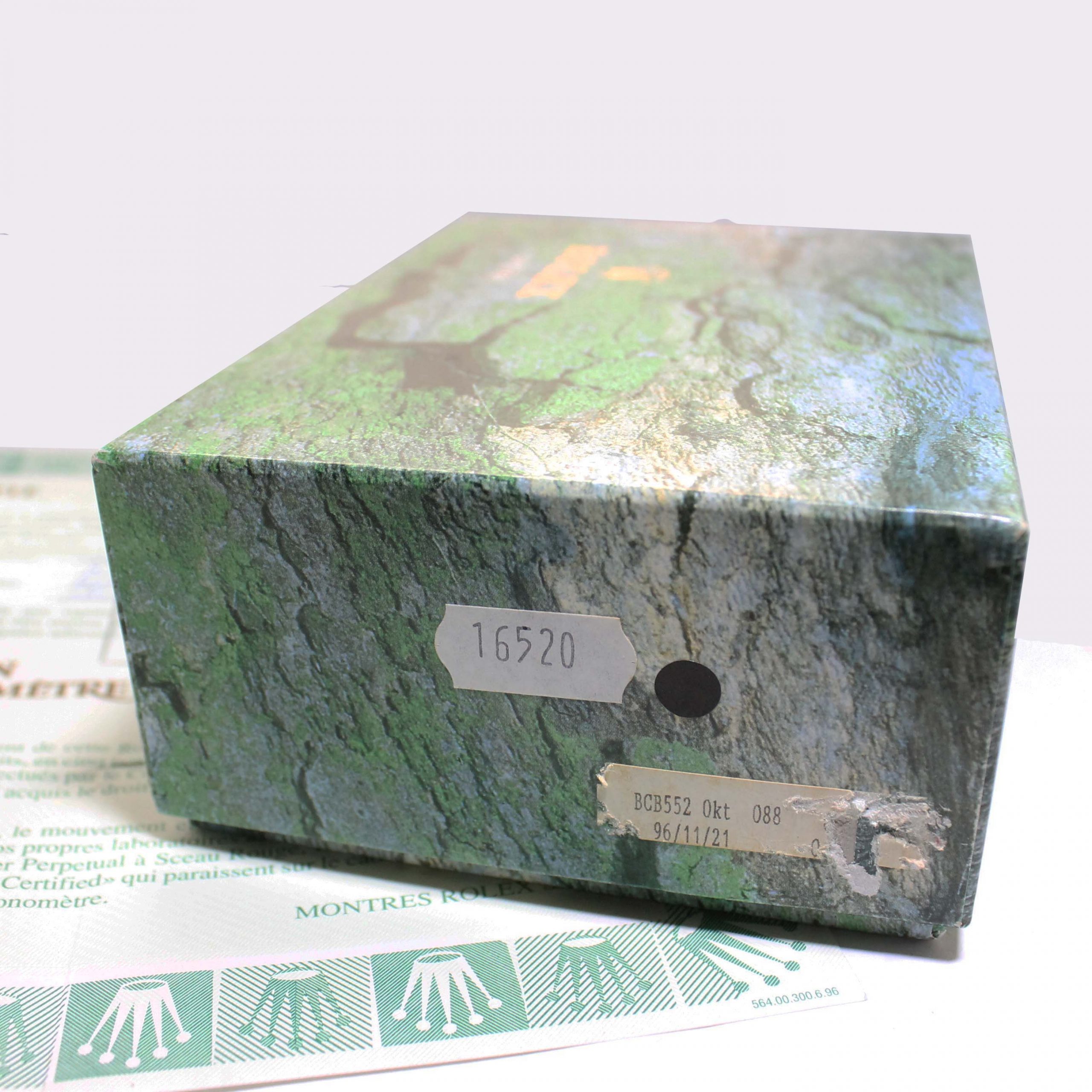 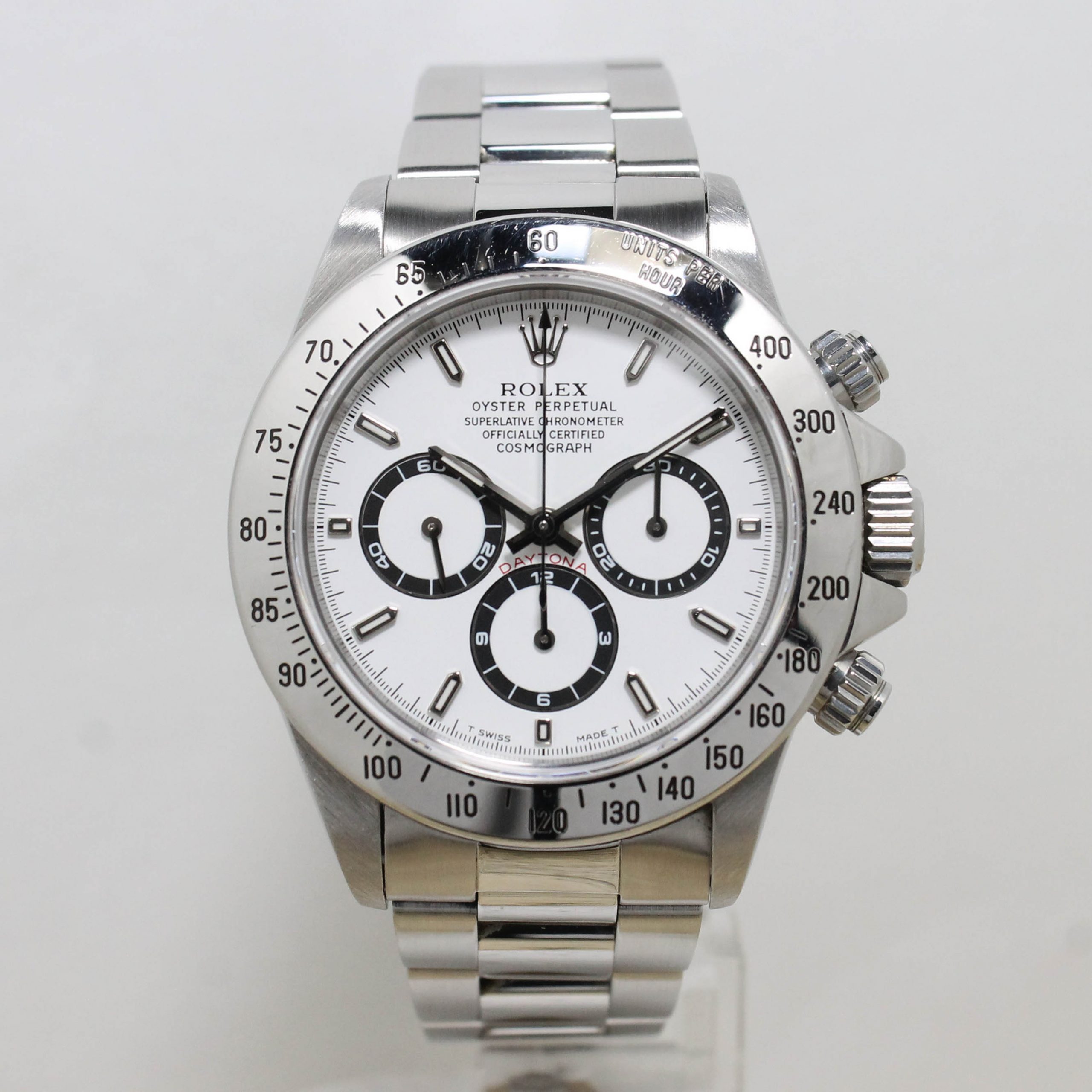 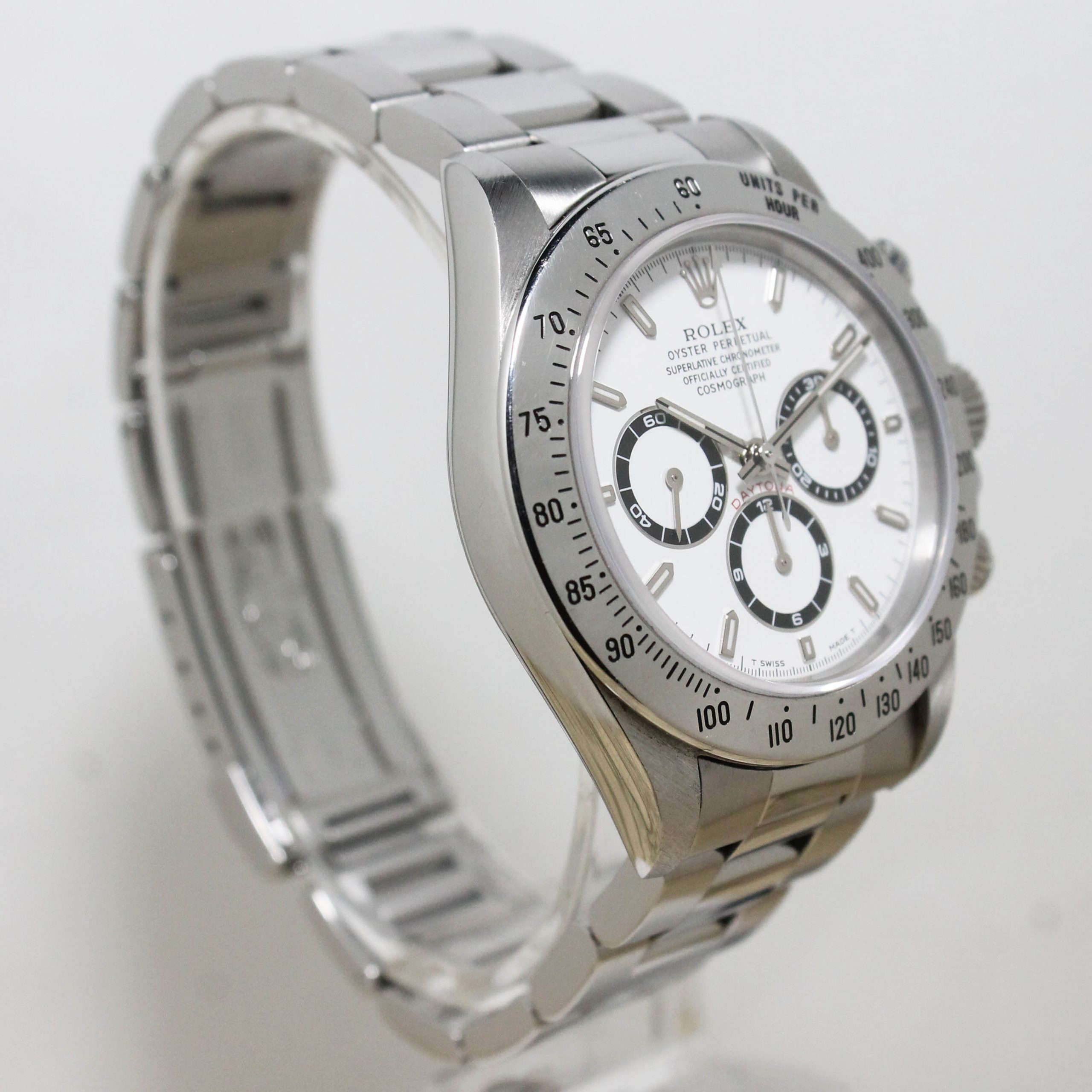 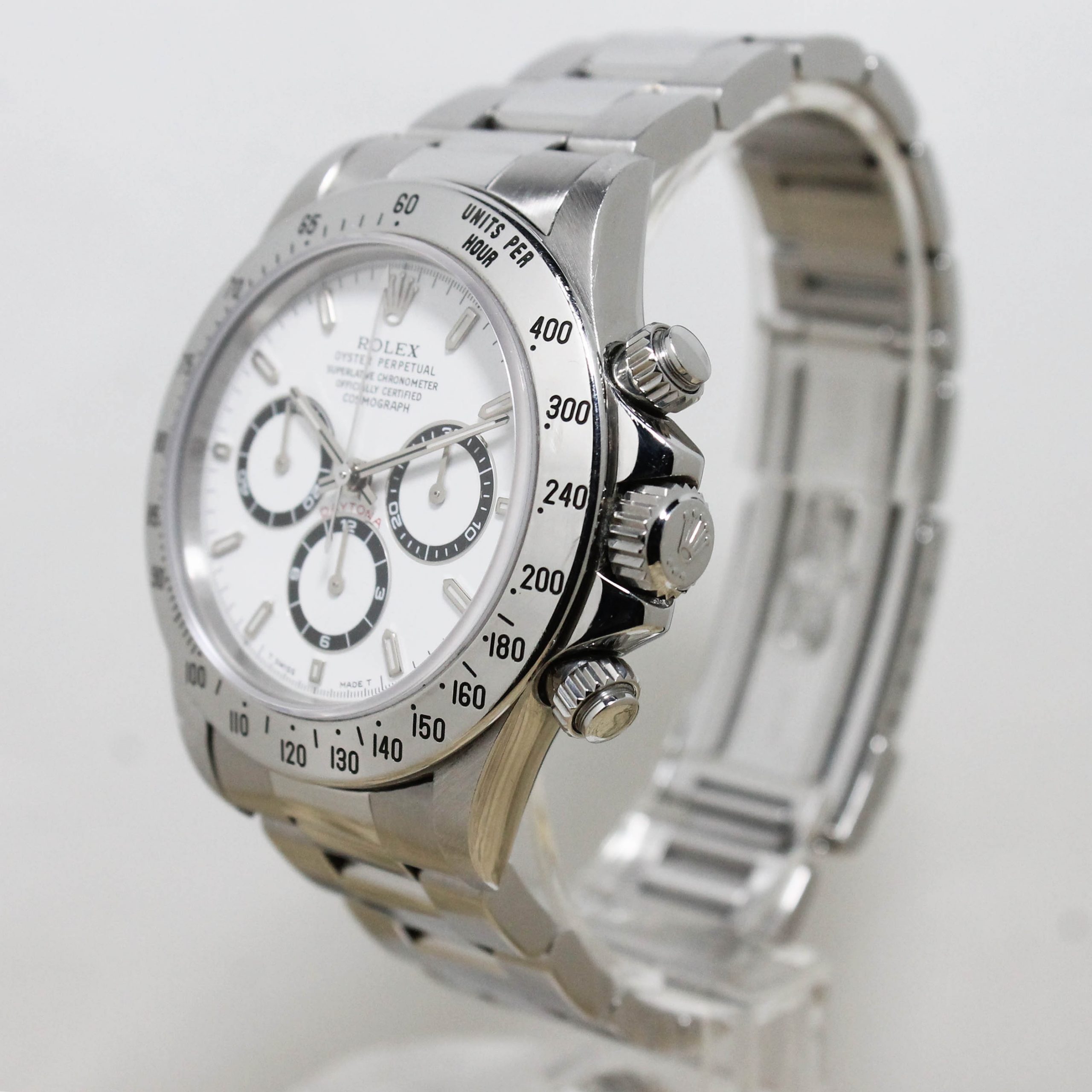 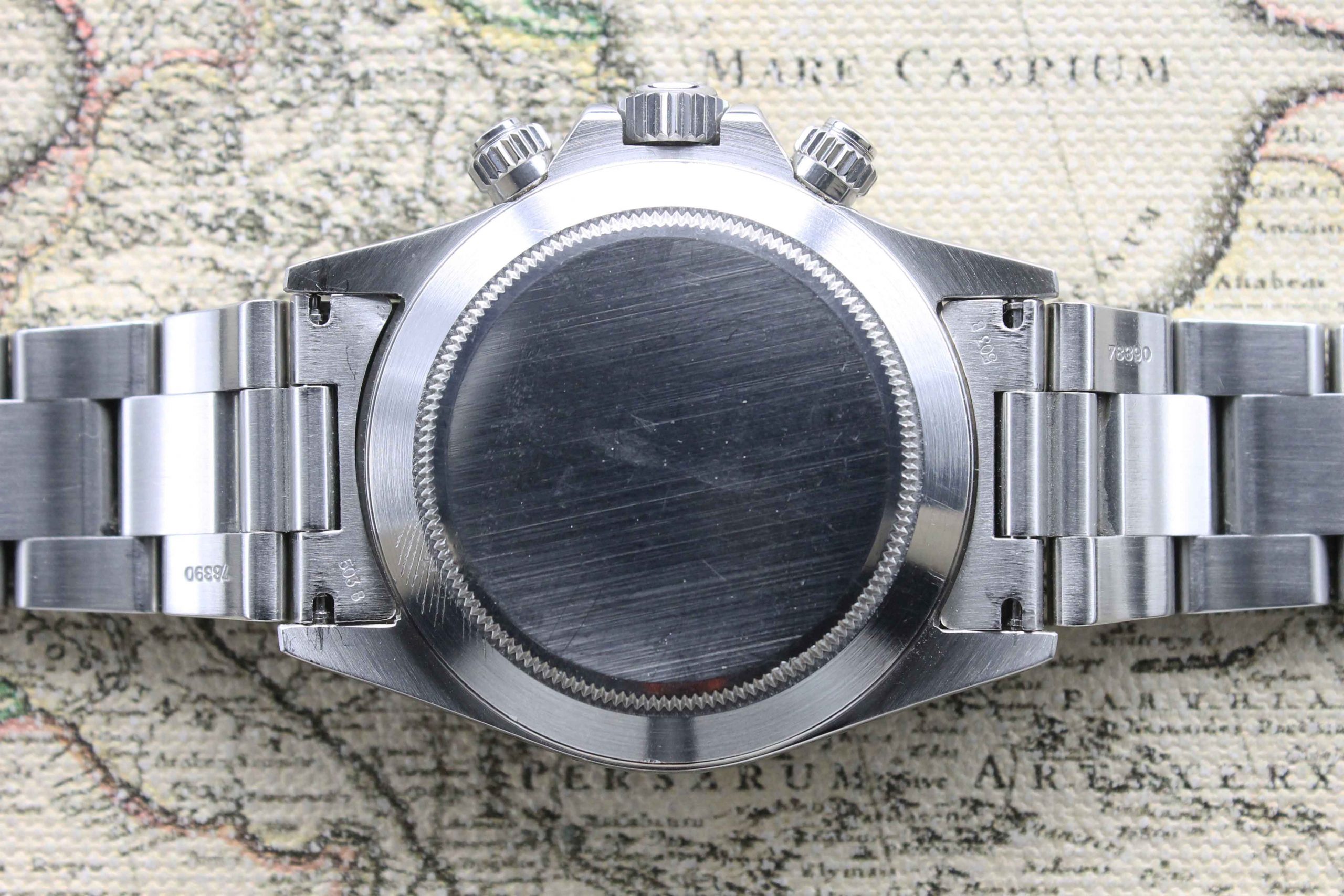 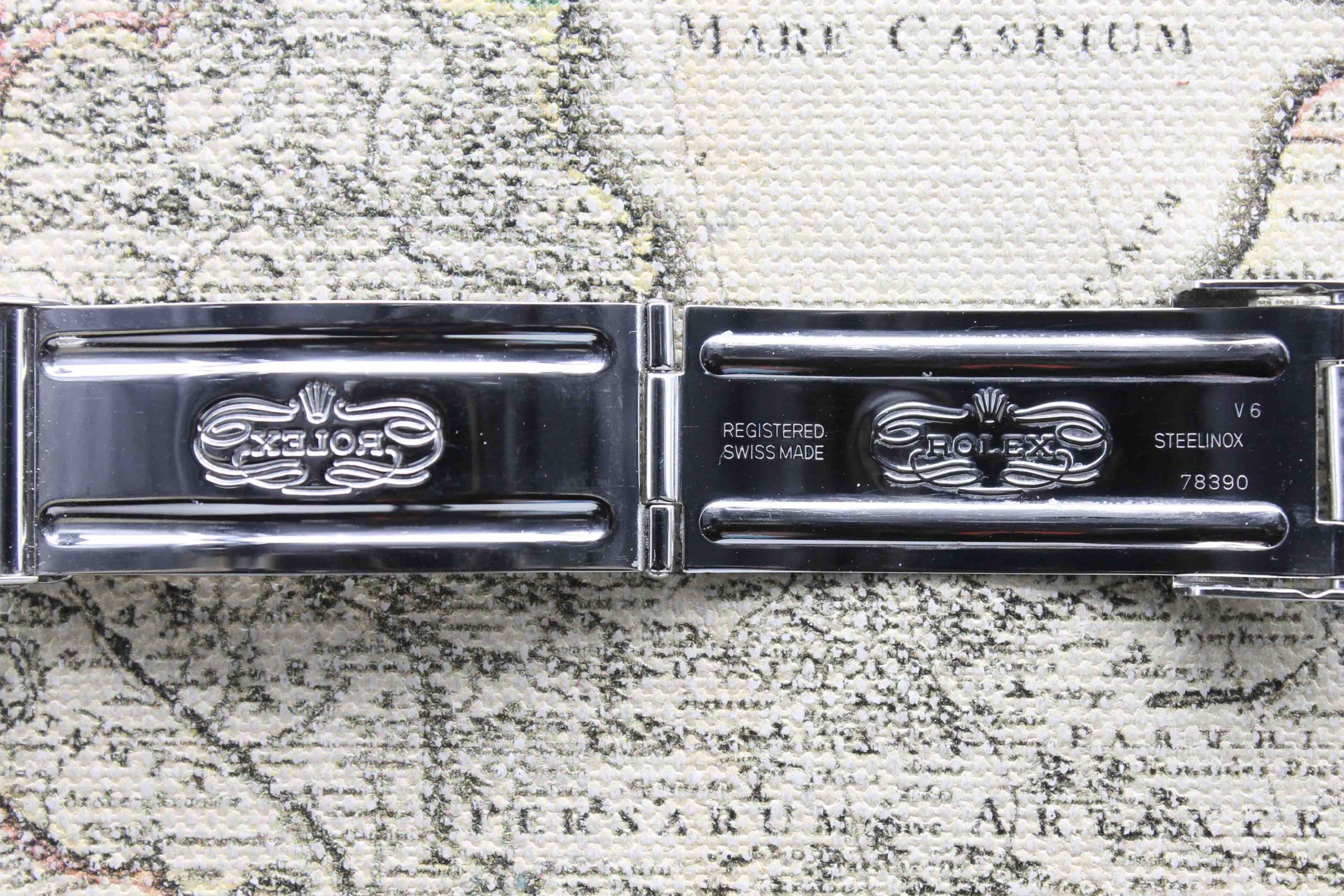 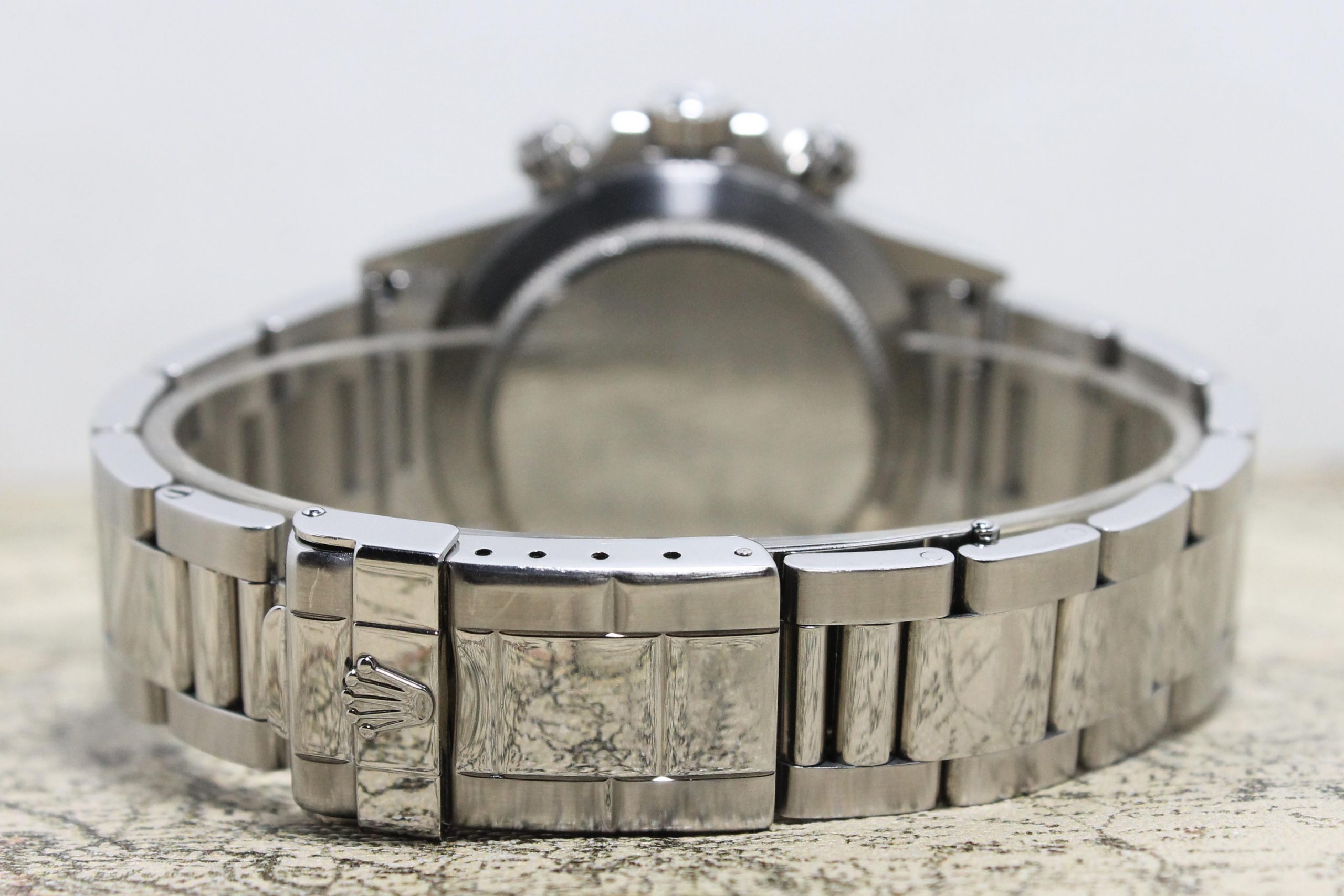 The white Zenith The Reference 16520 was launched in 1988 as the first self-winding Daytona from Rolex. Because Rolex at that time wasn't able to master it themselves they introduced the watch with the Zenith Cal.4030 automatic movement. It was an upgraded version of the original El Primero Cal.400 with extensive modifications such as as a new escapement with a much larger, freely sprung balance and balance spring with Breguet overcoil to enhance accuracy. Further a  reduction in the balance's oscillation rate from 36,000 beats per hour to 28,800 beats per hour. All in all Rolex removed about 50% of the original parts from the movement and replaced them with their own. The date function was simply removed. A Daytona never had a date and we think it will never have one. In line with the above changes to the movement there were more firsts. The 16520 now had a sapphire crystal and a larger 40mm case. With all modifications the new Daytona became much more contemporary and wearable given its technical properties. The example offered here is one of the last ones produced in 1996, 4 year before the reference was discontinued and the new 116520 with 100% in-house movement was launched. The dial is signed 'T Swiss Made T' indicating the use of Tritium luminous on dial and hands which was changed to Luminova in 1997. Its got a beautiful flawless white dial with original lumes. The market for these has gone up upon strong demand and there are times we cannot get our hands on a nice example. We are happy to offer this watch with a full set including original punched, dated and stamped Warranty Certificate from Cancun, Mexico, both booklets, hang tag, calendar, box and carton which has the reference sticker.