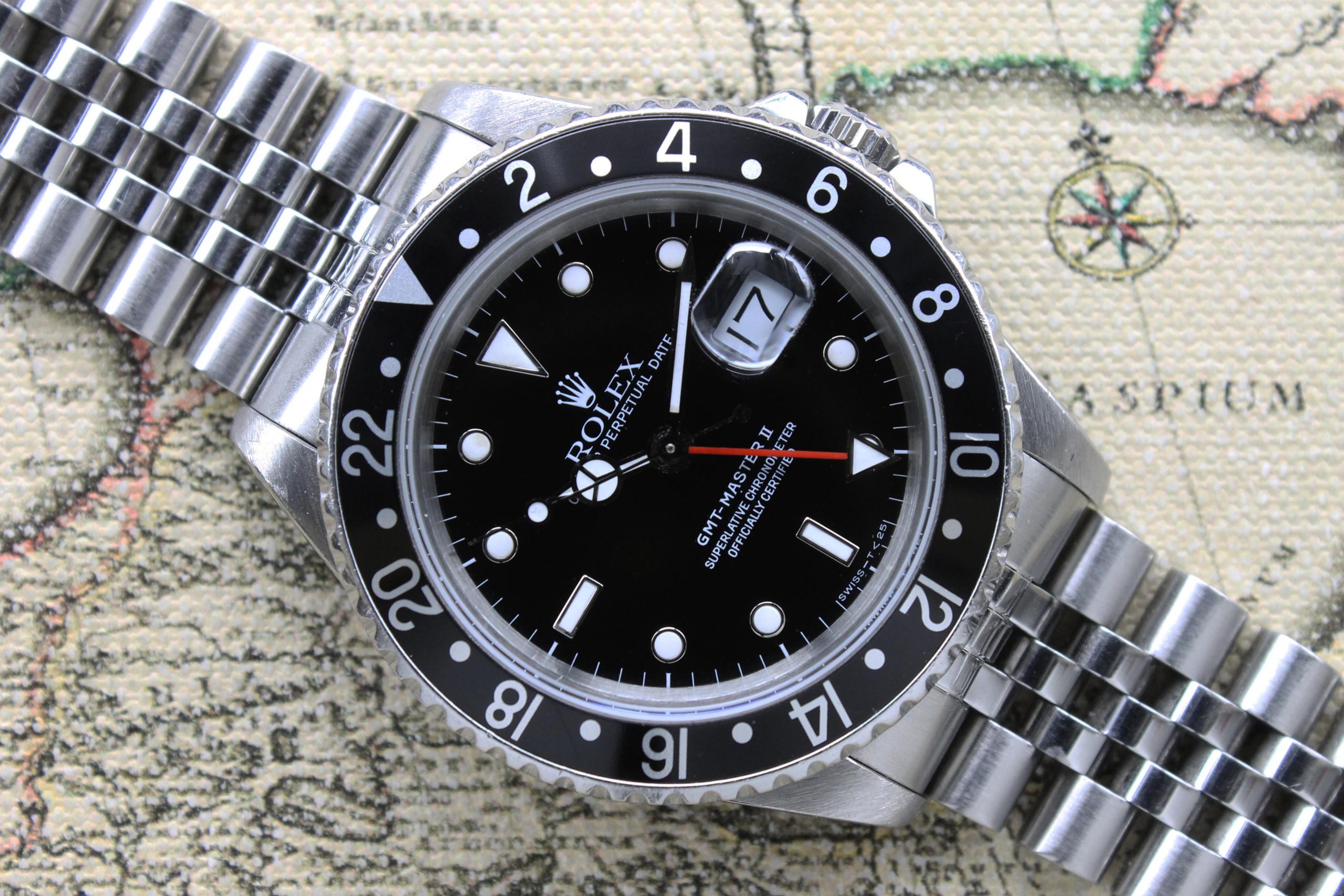 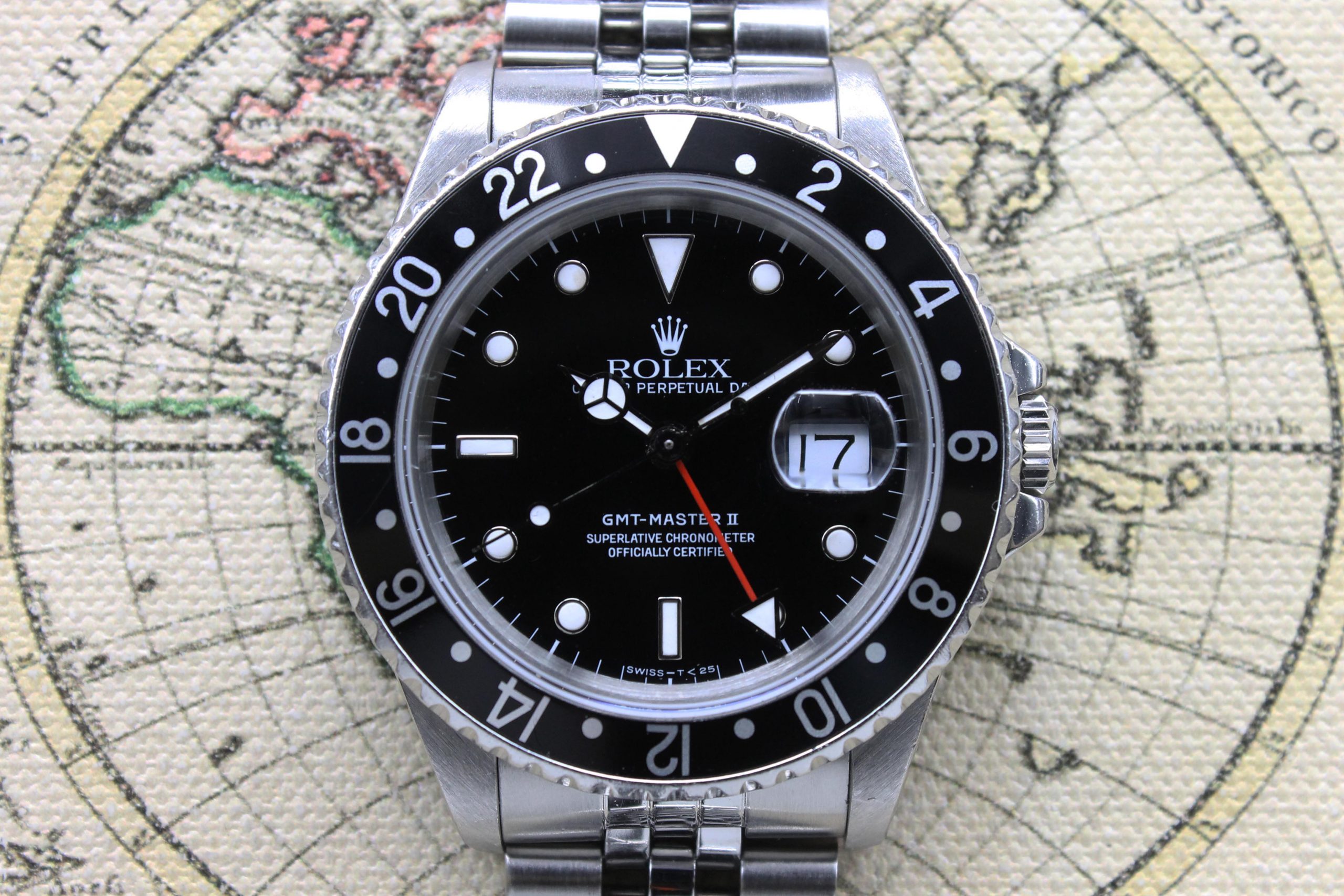 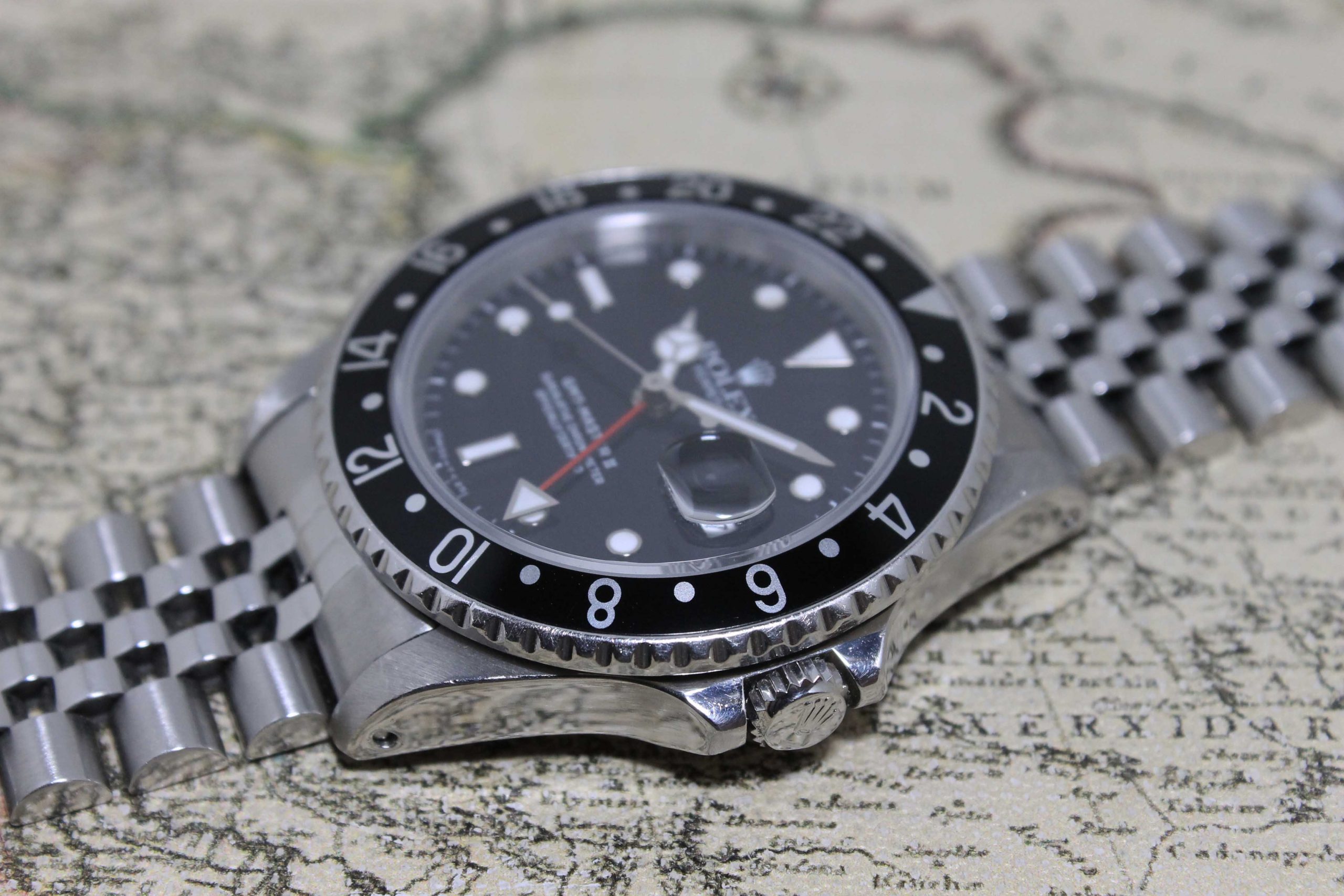 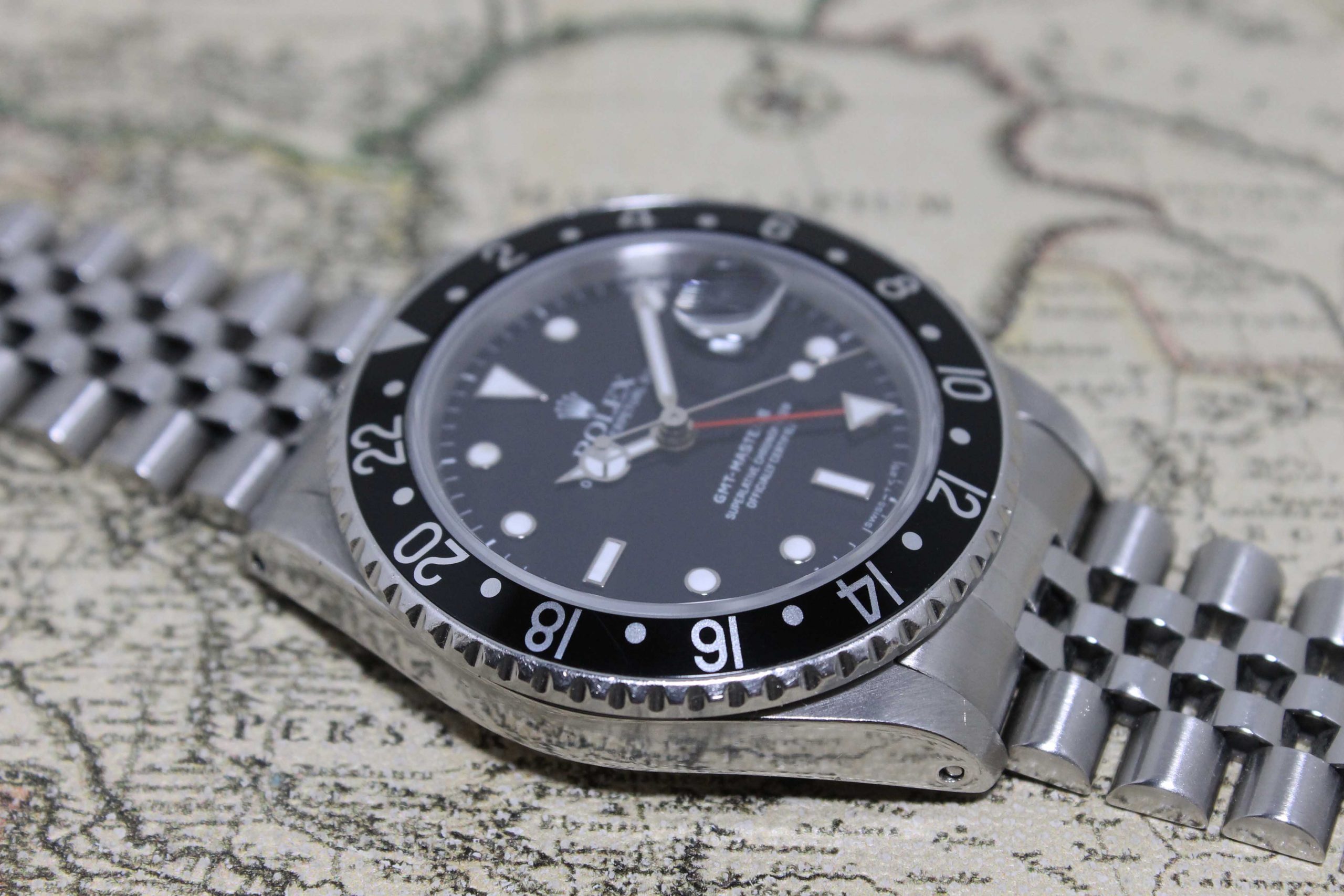 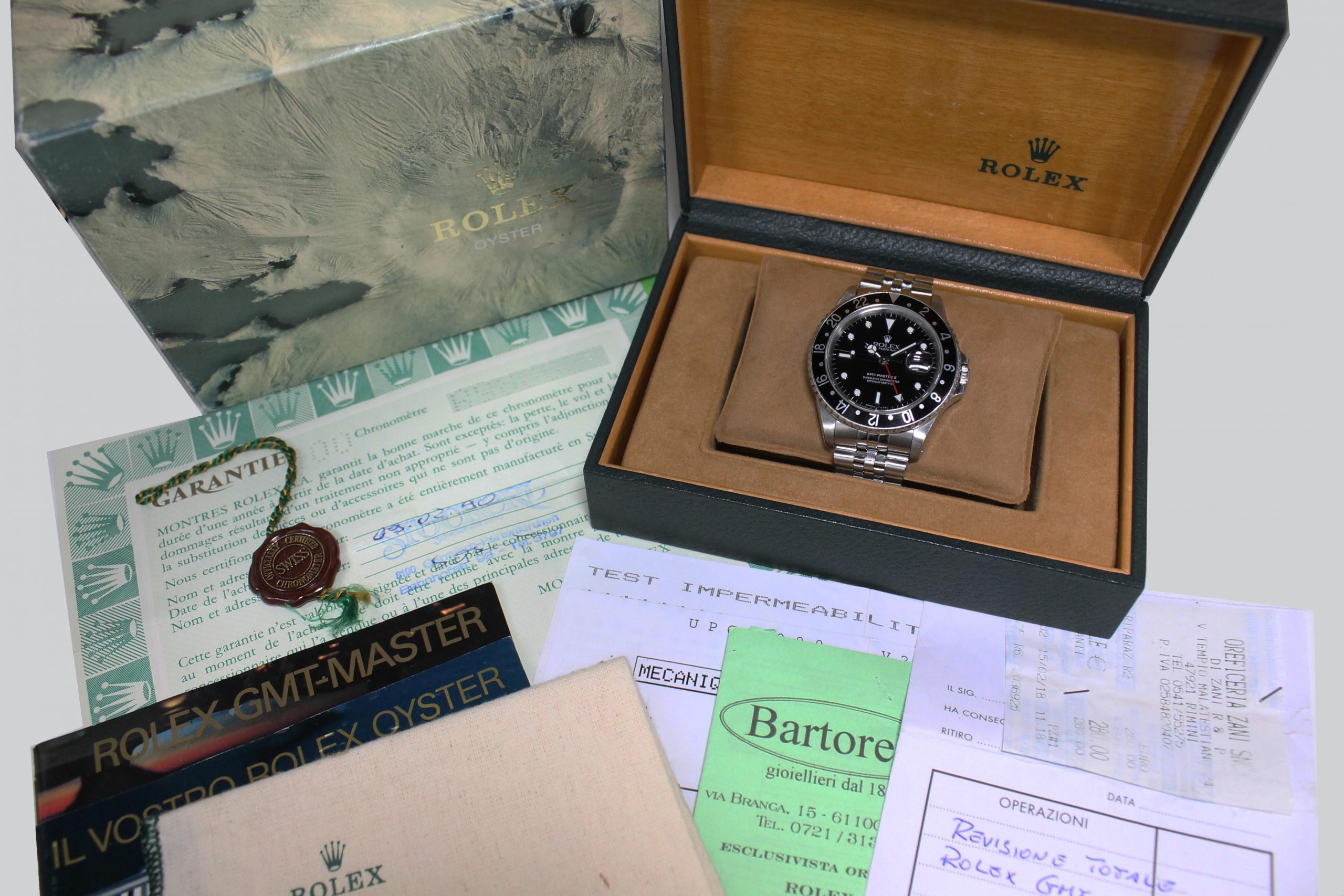 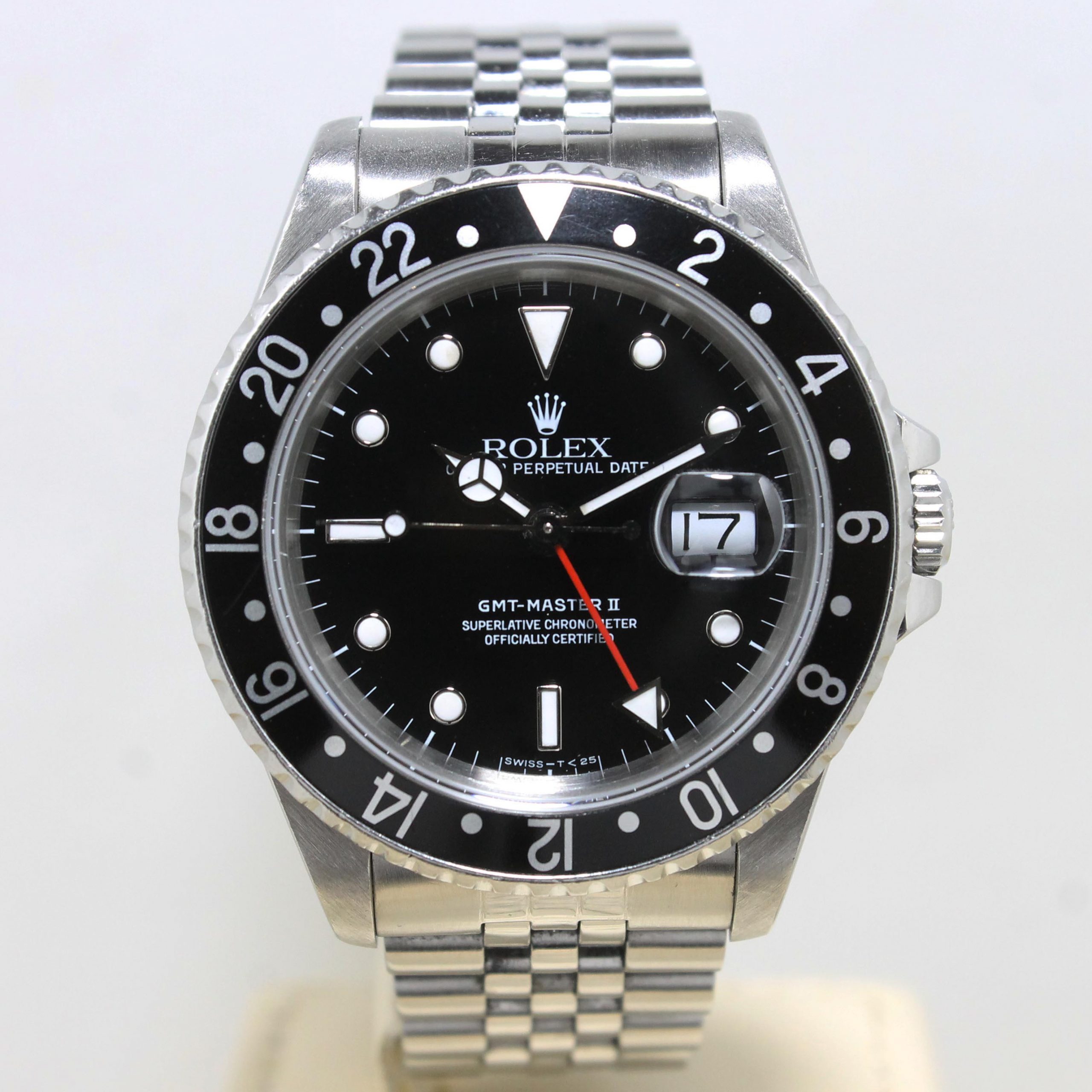 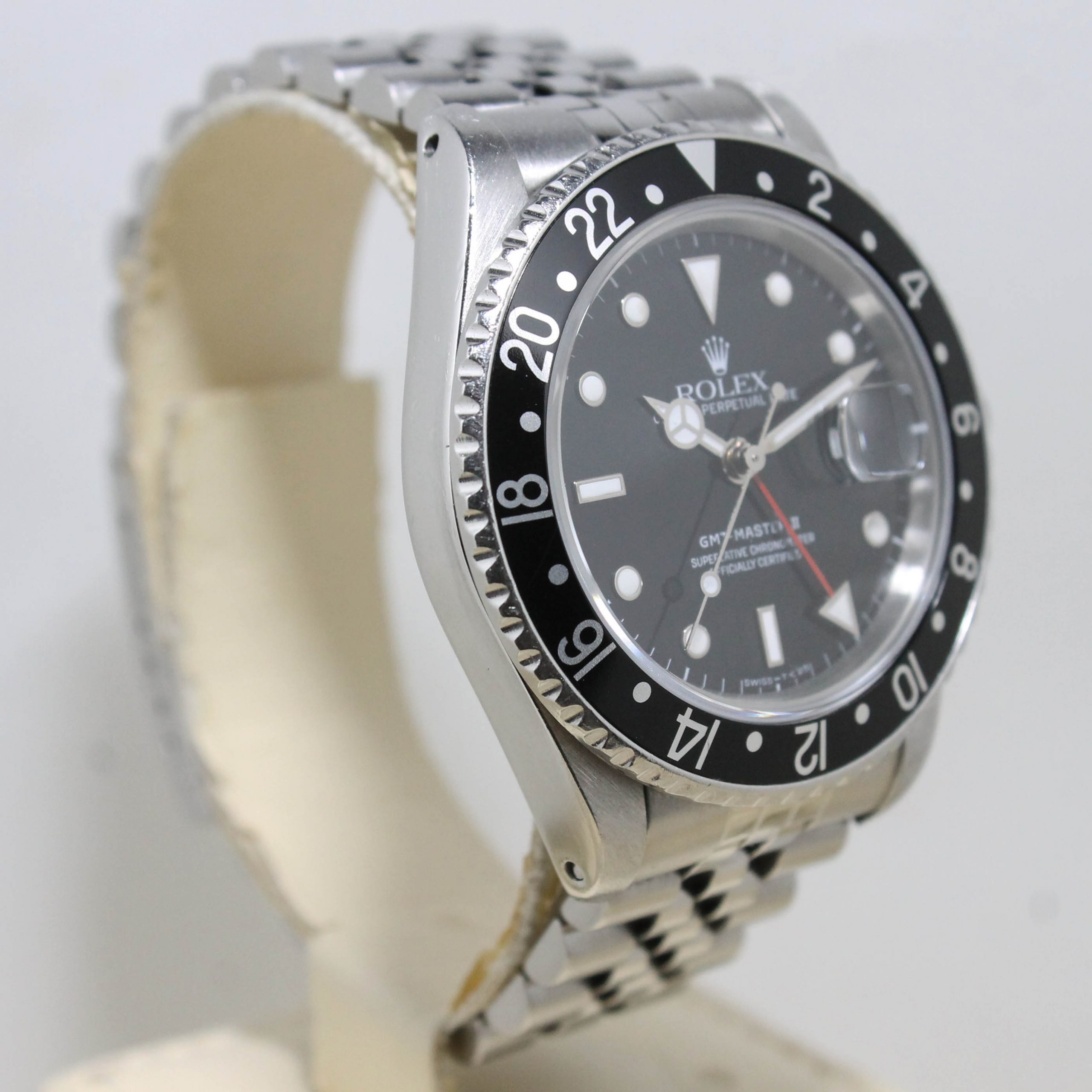 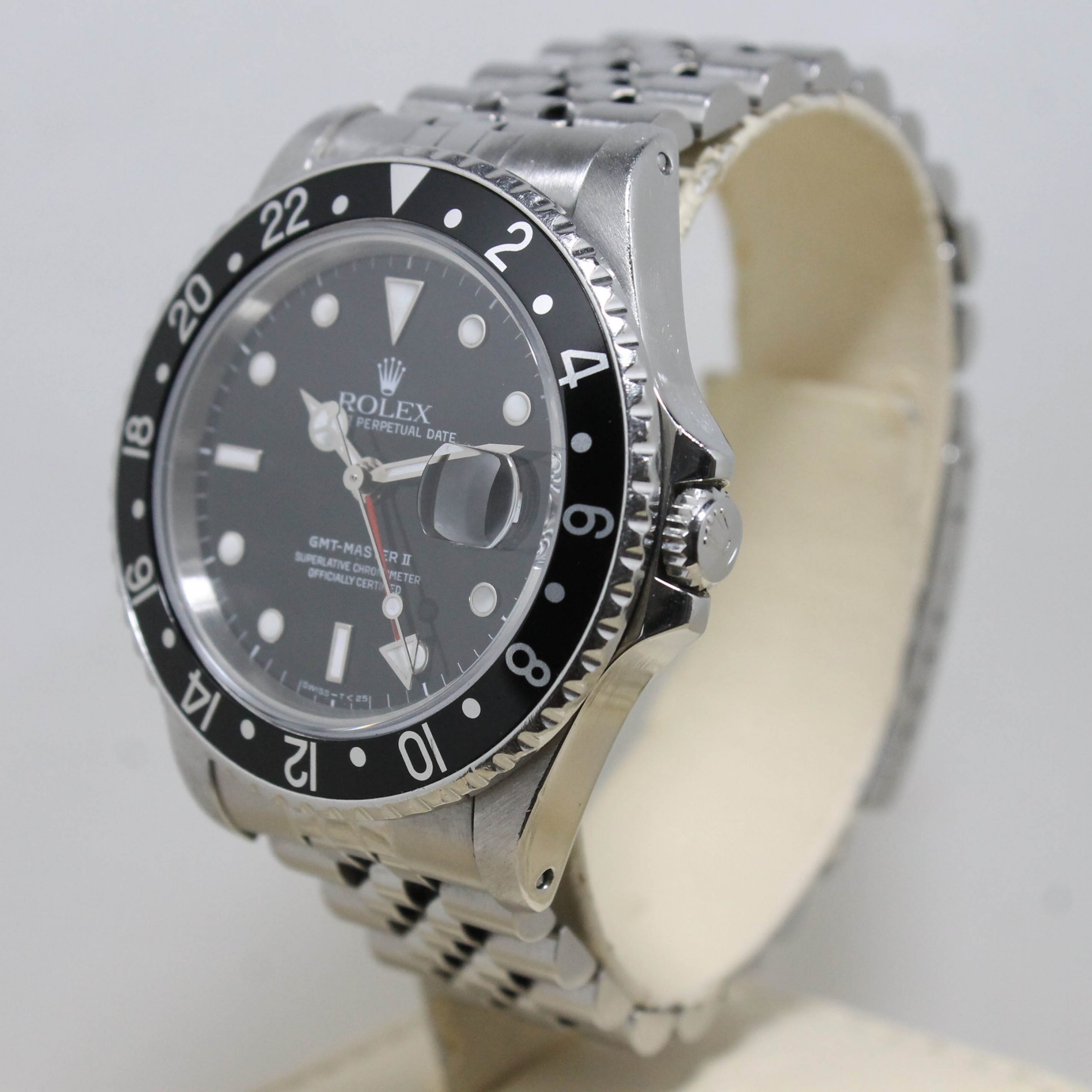 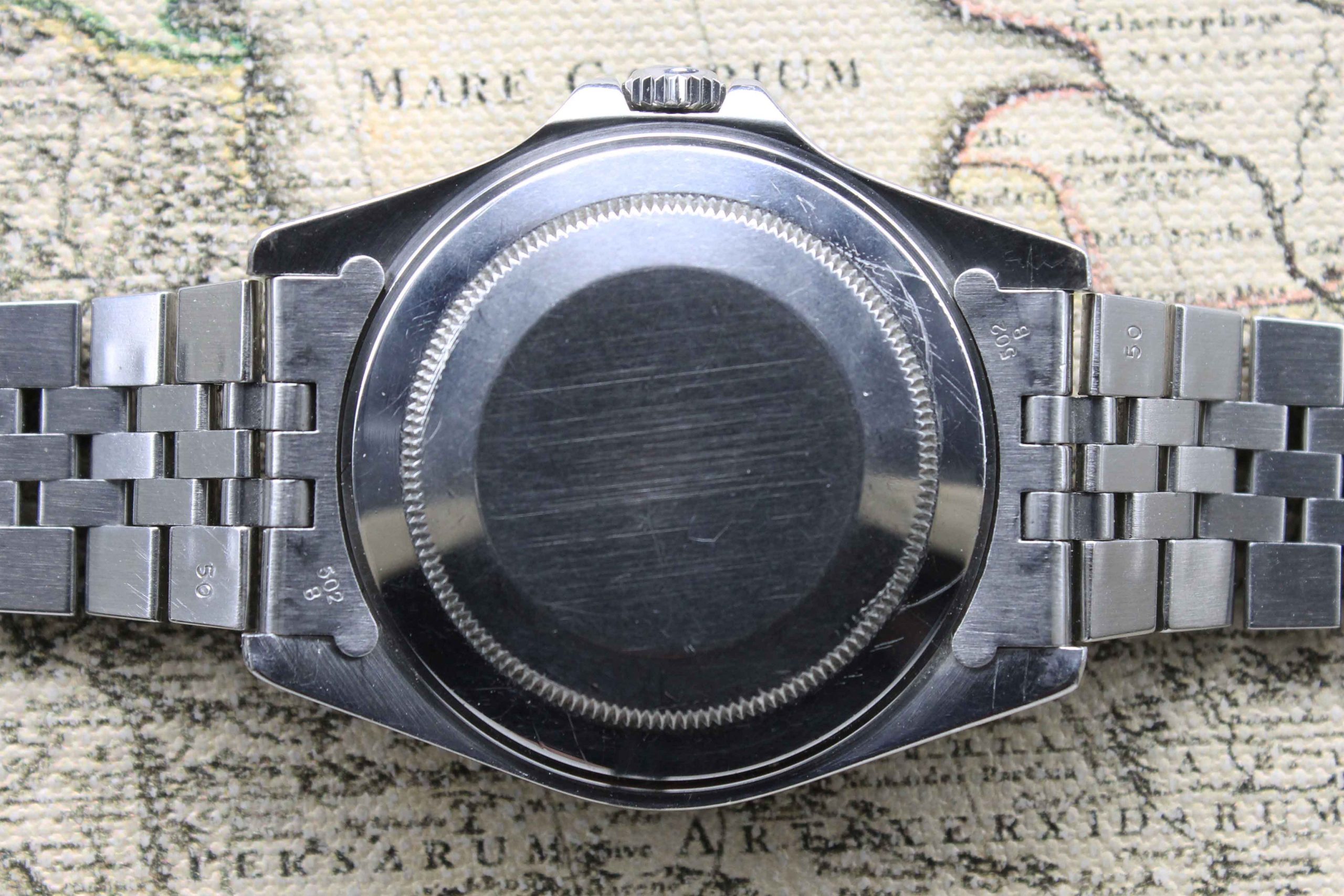 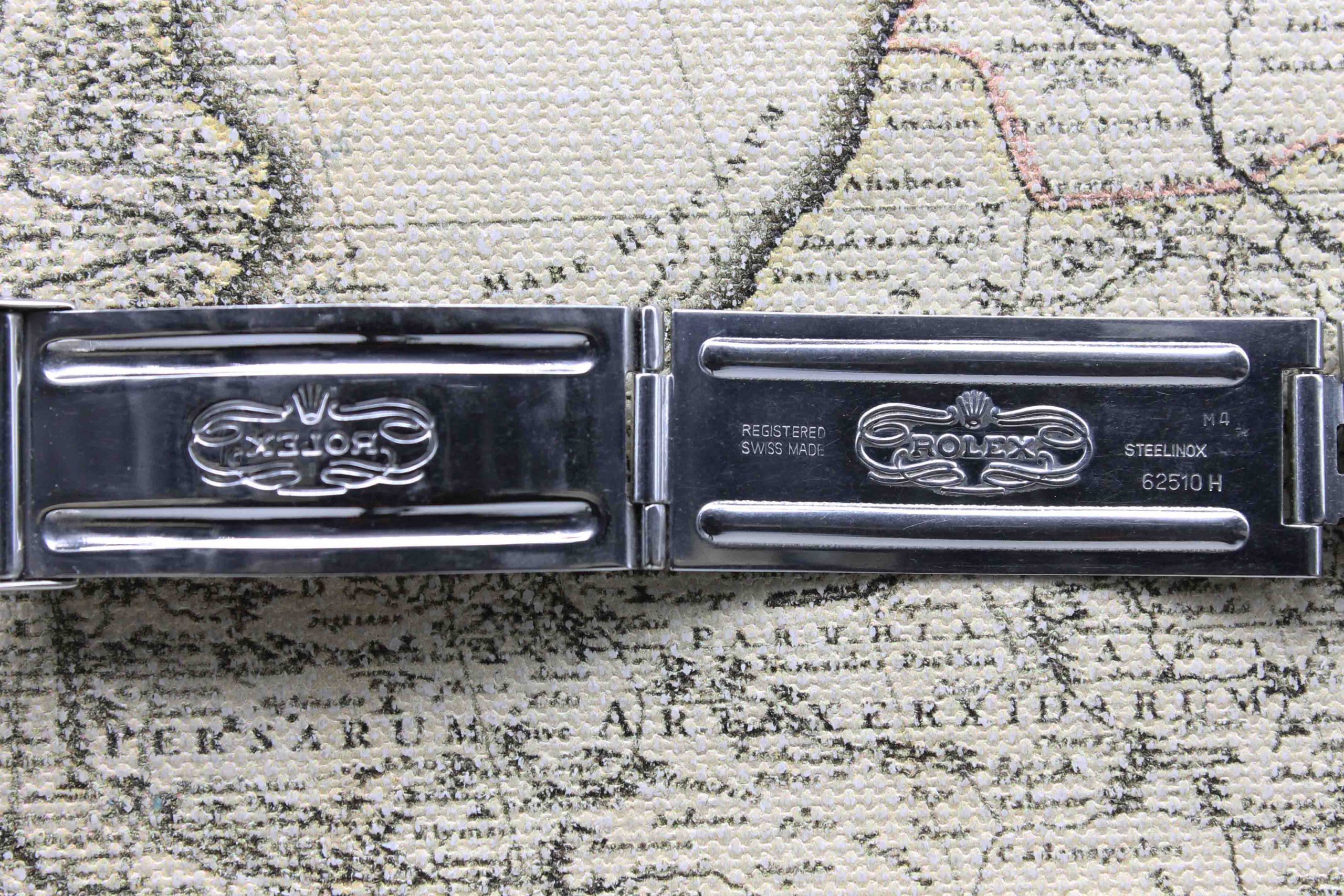 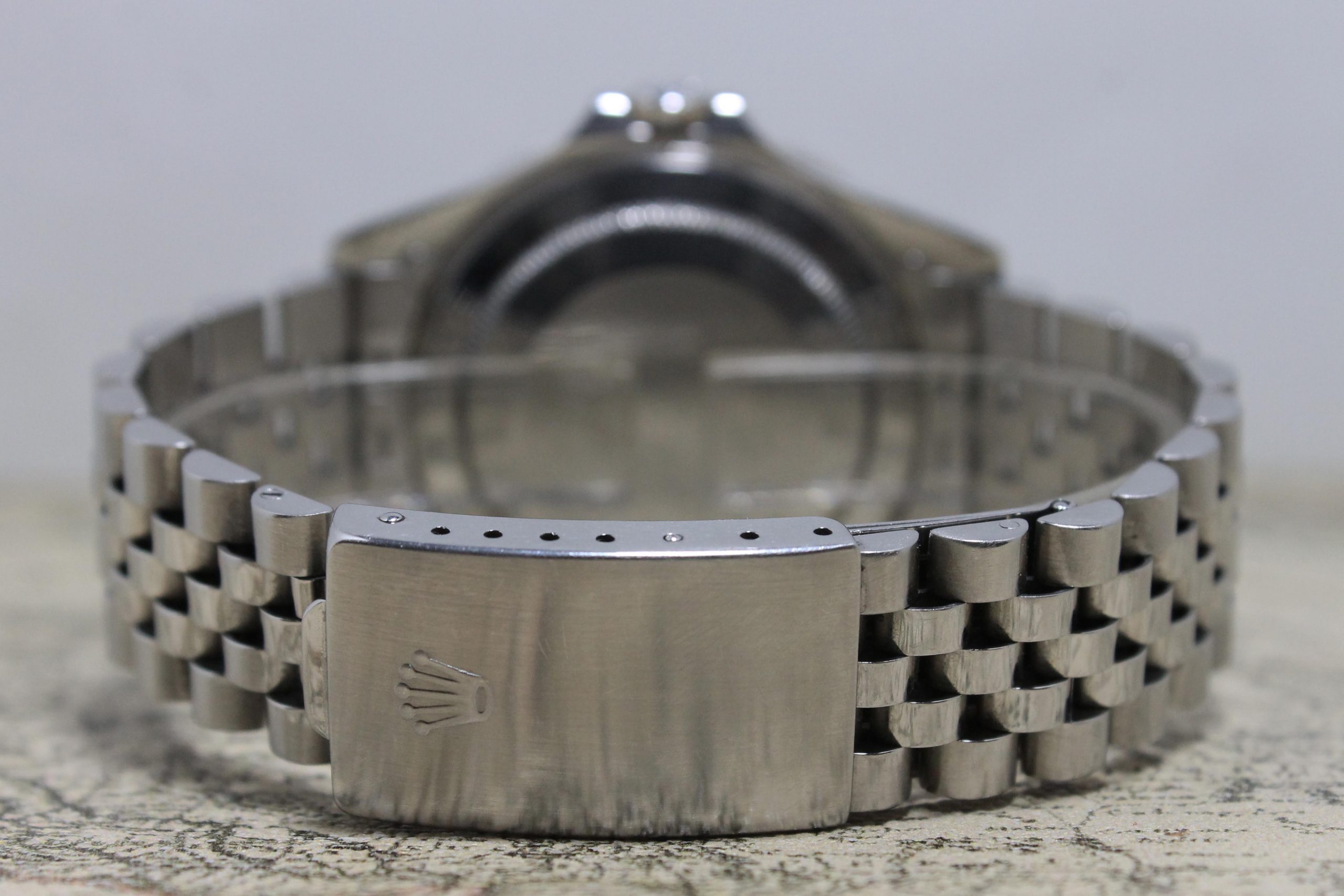 The Collectors Set       -       The 16710 reference is considered as a very contemporary watch given its size, robustness and look. Its not really considered as a vintage watch, however that changes when it is one of the early Tritium dial versions. What we have here is one of those, it is actually the earliest version of the 16710 we have ever seen. The reference 16710 was officially launched in 1989 in the L Series, the current example however is a R Series watch from 1988. It has a flawless black dial with Tritium Luminous and matching hands, housed in a strong case with straight and even lugs showing factory bevels. What makes this watch even more interesting for the seasoned collector is the bracelet. Most of the 16710s were delivered on Oyster bracelet, however this example has a factory 61510H Jubilee bracelet with the correct 502B end links. GMTs on Jubilee bracelet are sexy, they have a great appearance on the wrist and are also known to be more comfortable. Last but not least this watch comes in a super full set with its inner and outer box, hang tag, cleaning cloth, punched, stamped and dated warranty certificate and two service receipts from Italy. The watch was initially sold in Garmisch Patenkirchen in 1990, a very posh and popular Ski Resort in Germany. We feel that this configuration of the 16710 is the real deal, the ultimate version a Vintage Rolex collector would want to own.