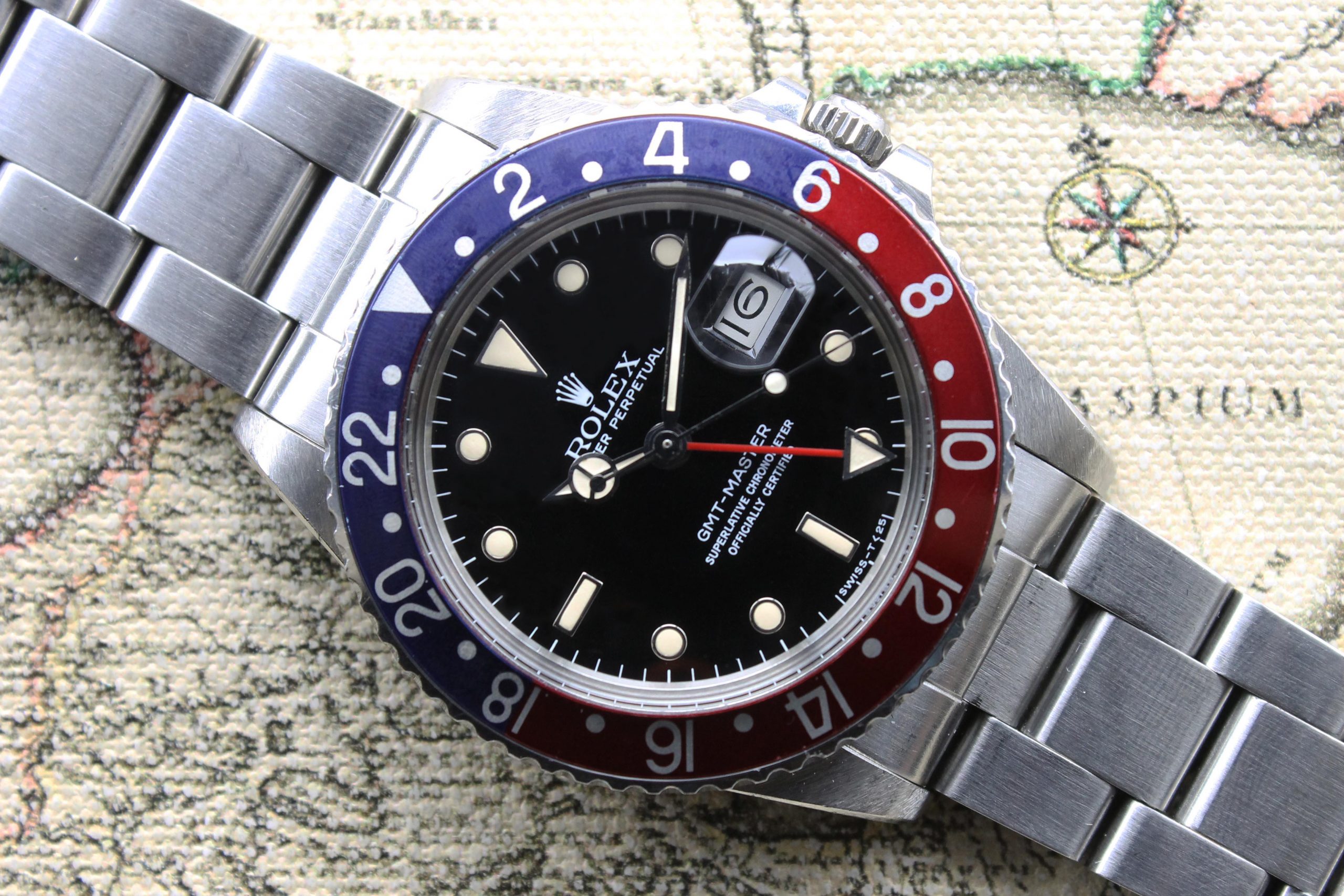 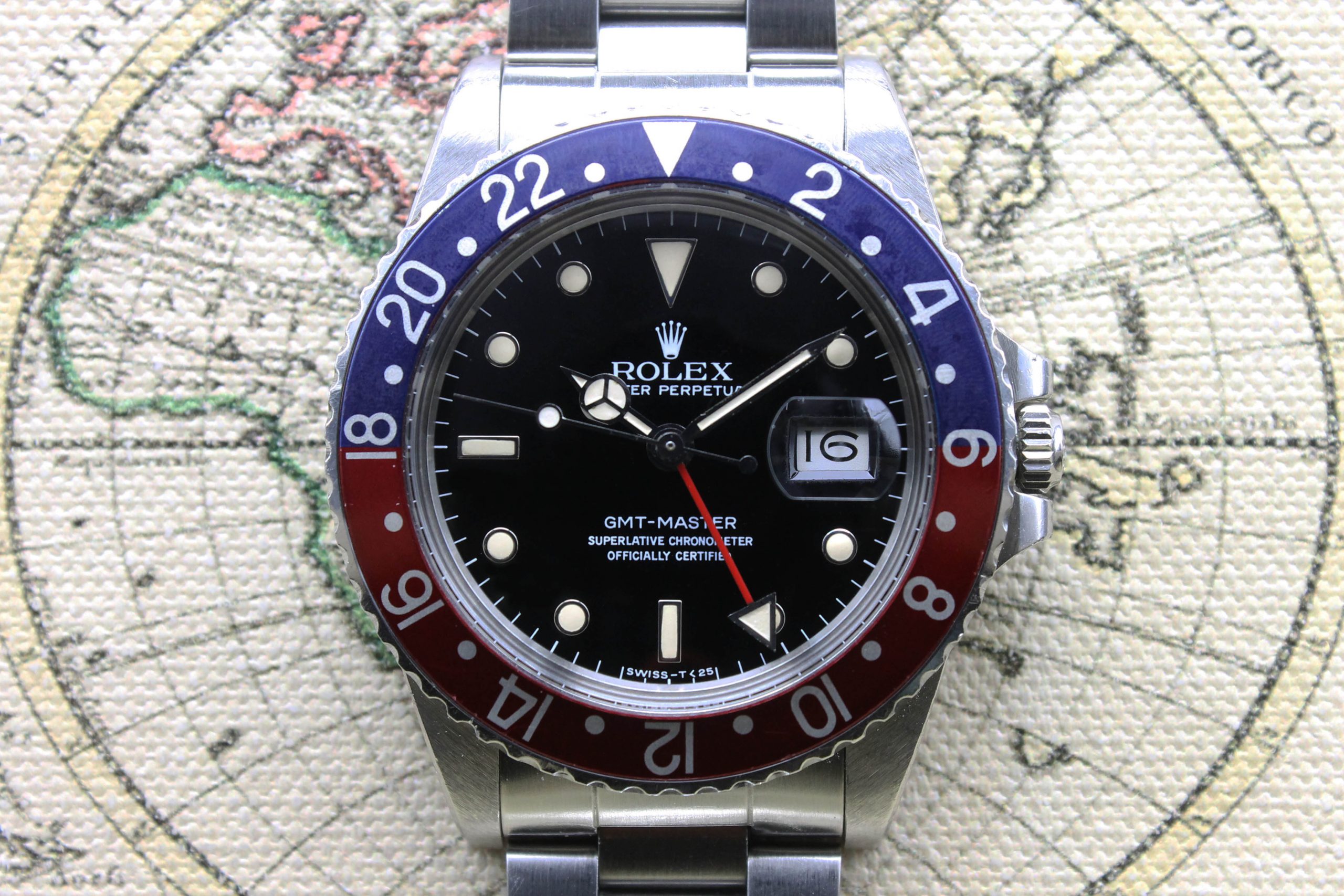 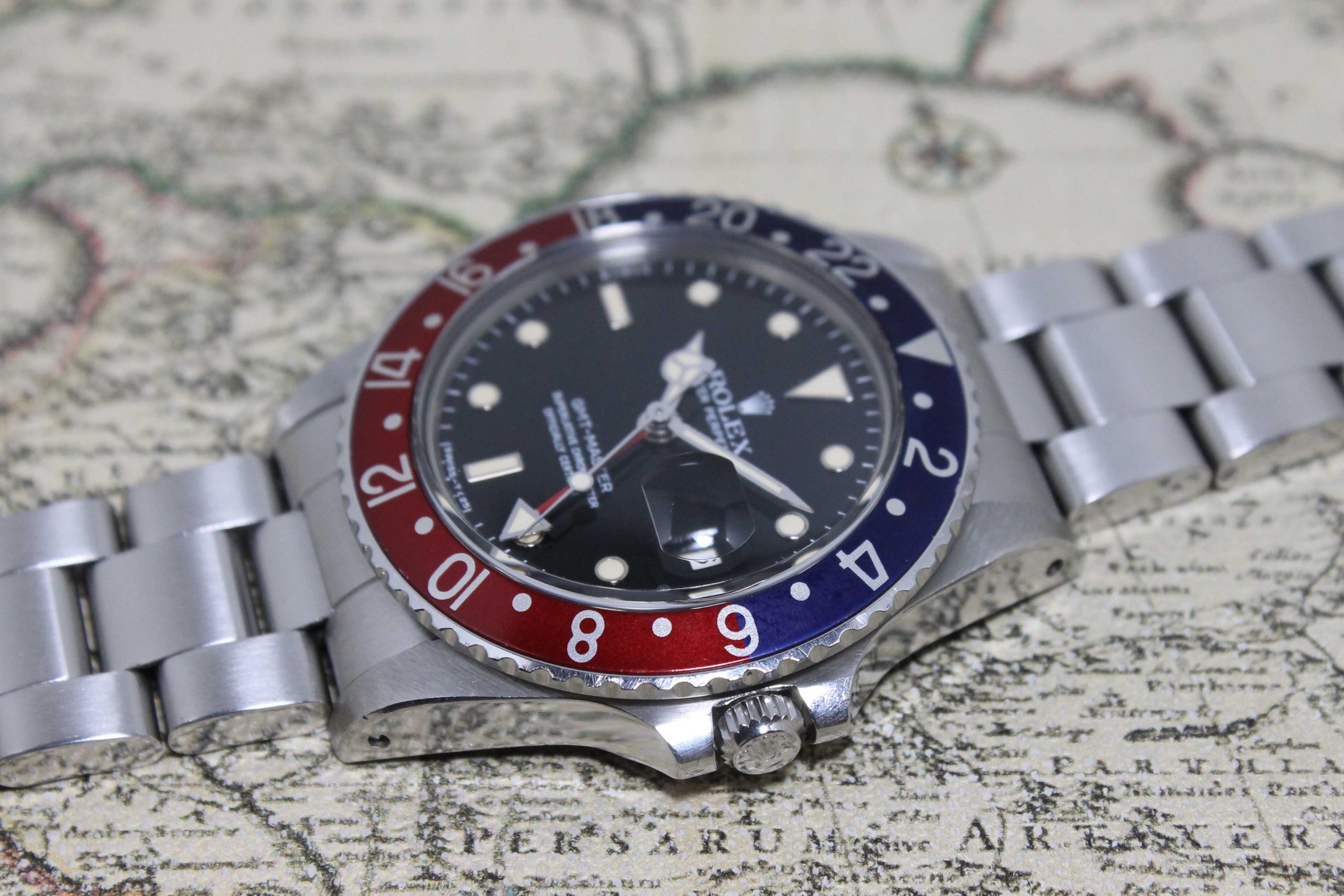 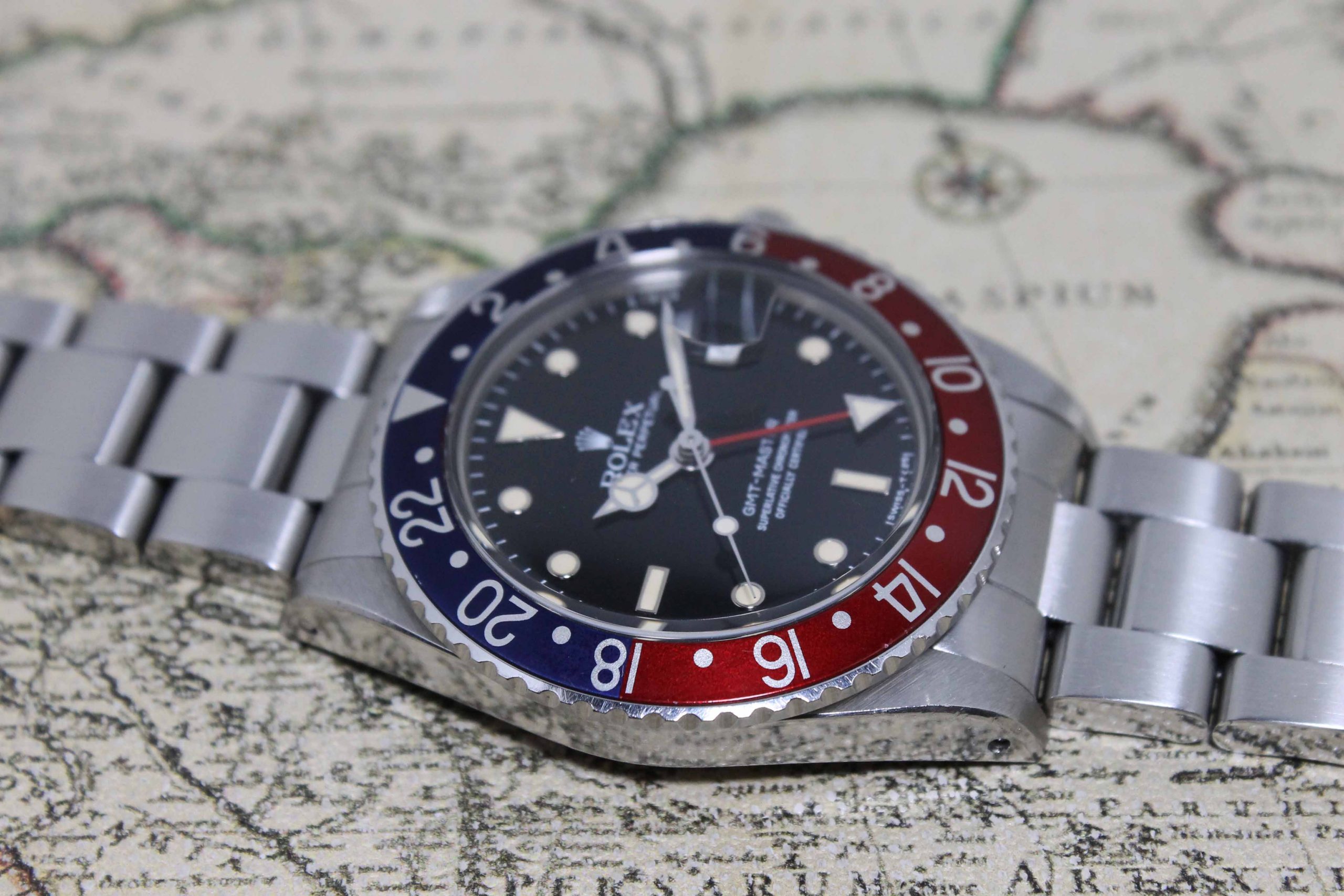 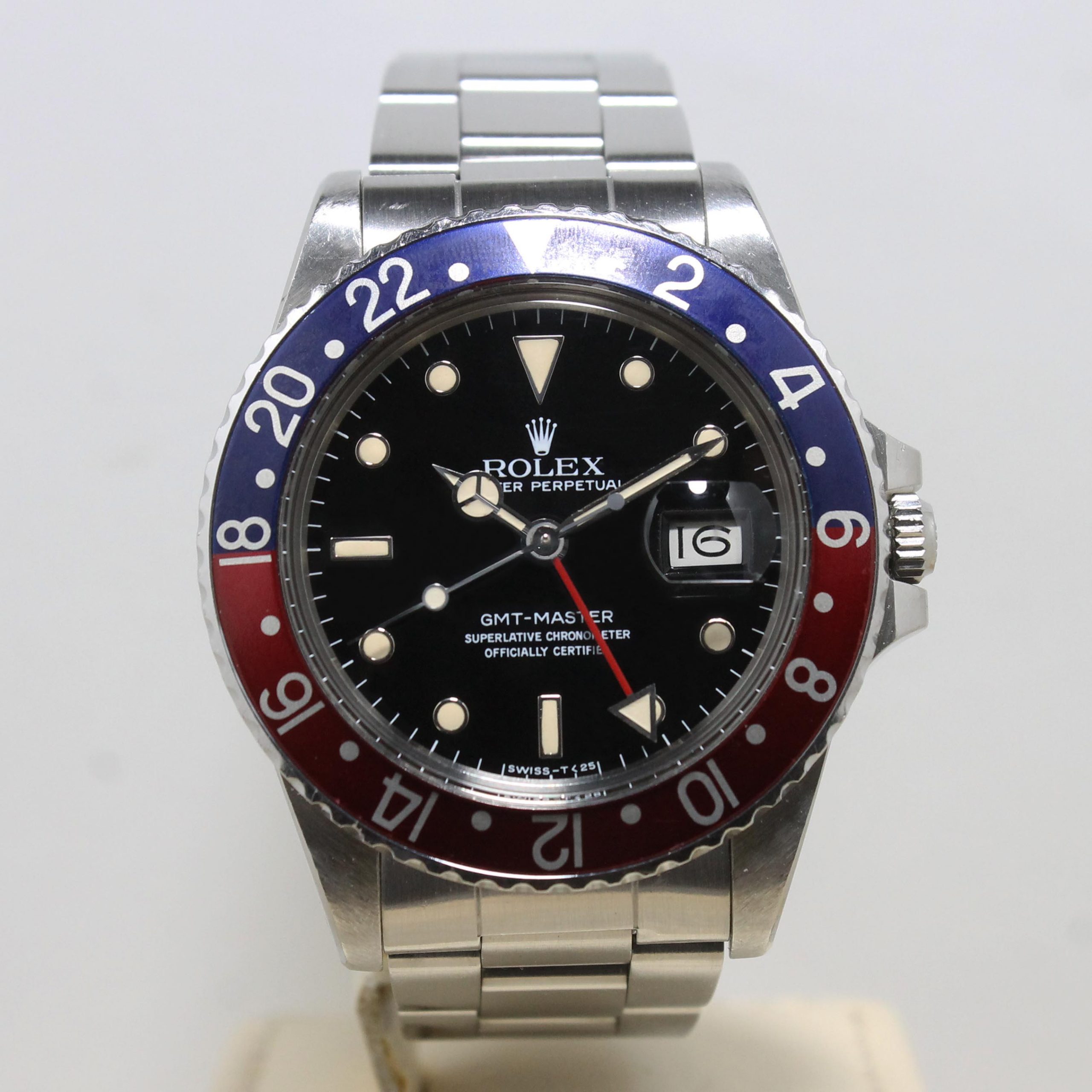 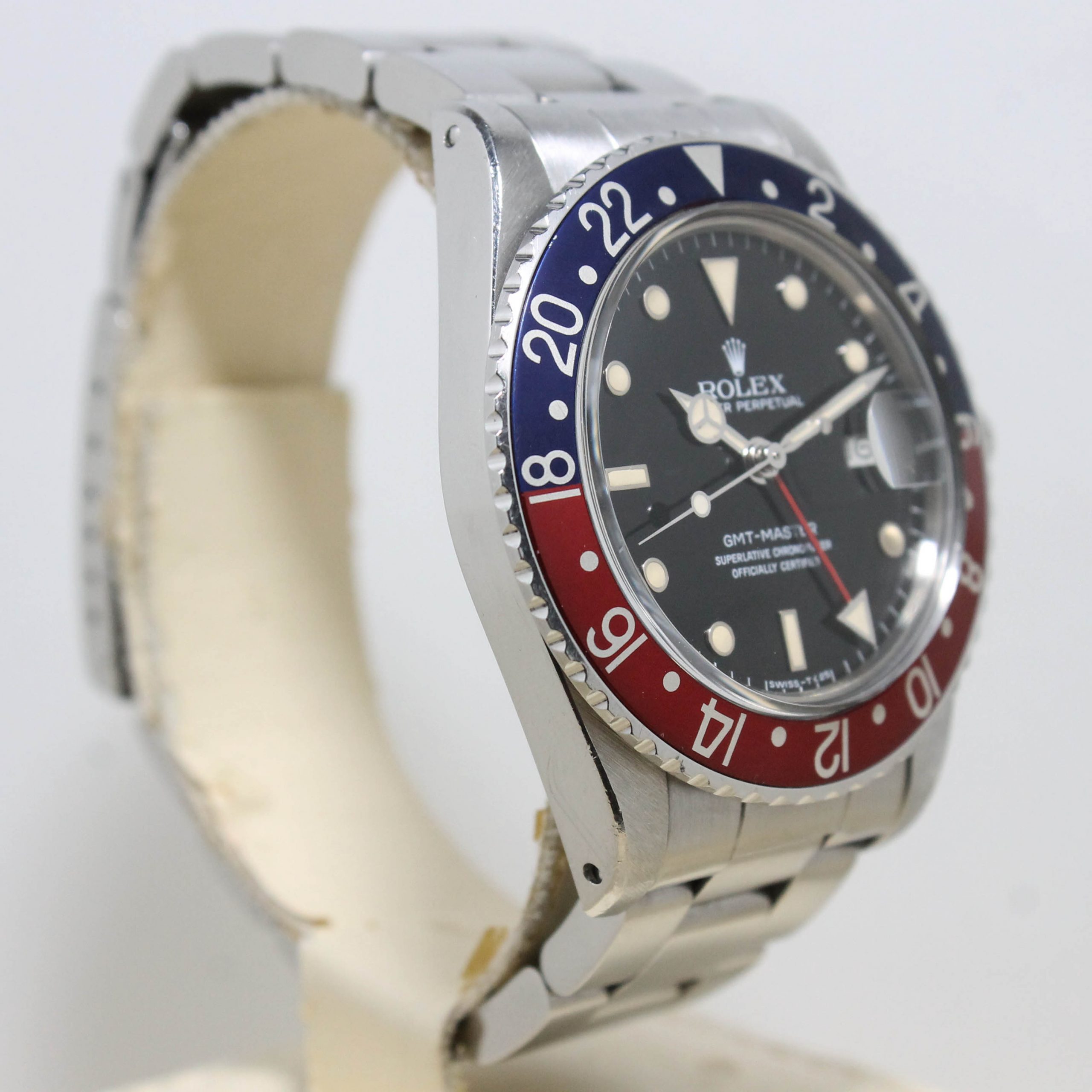 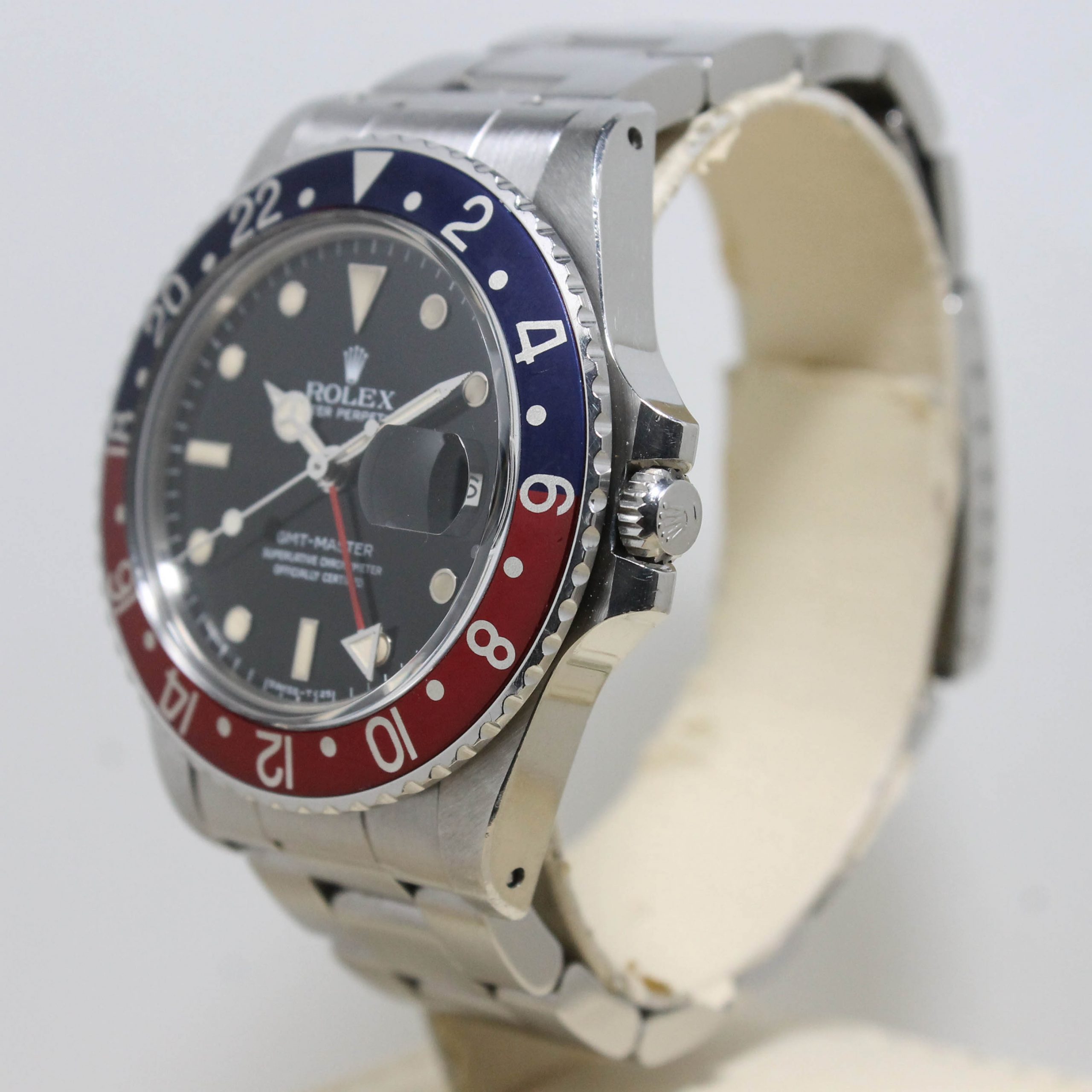 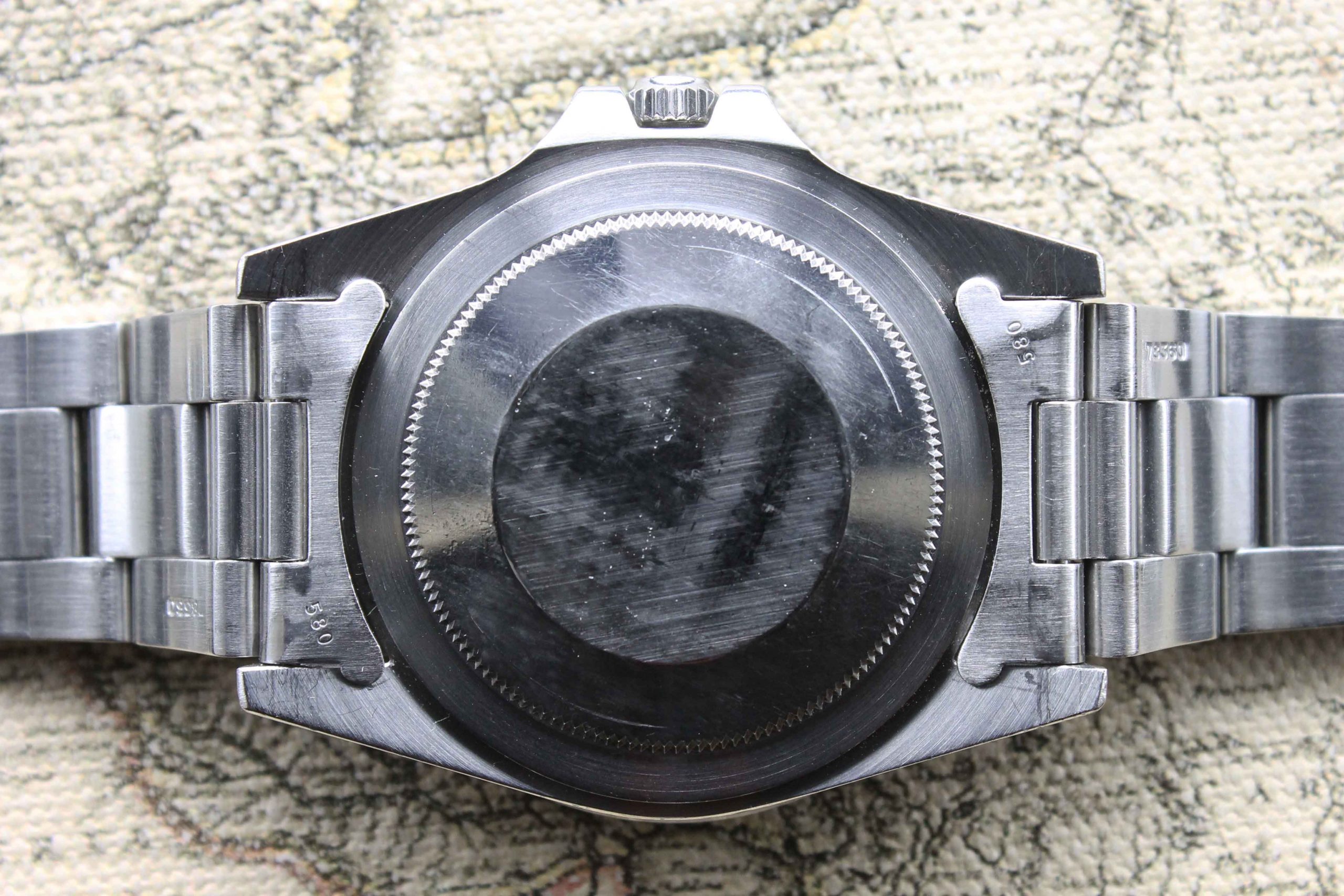 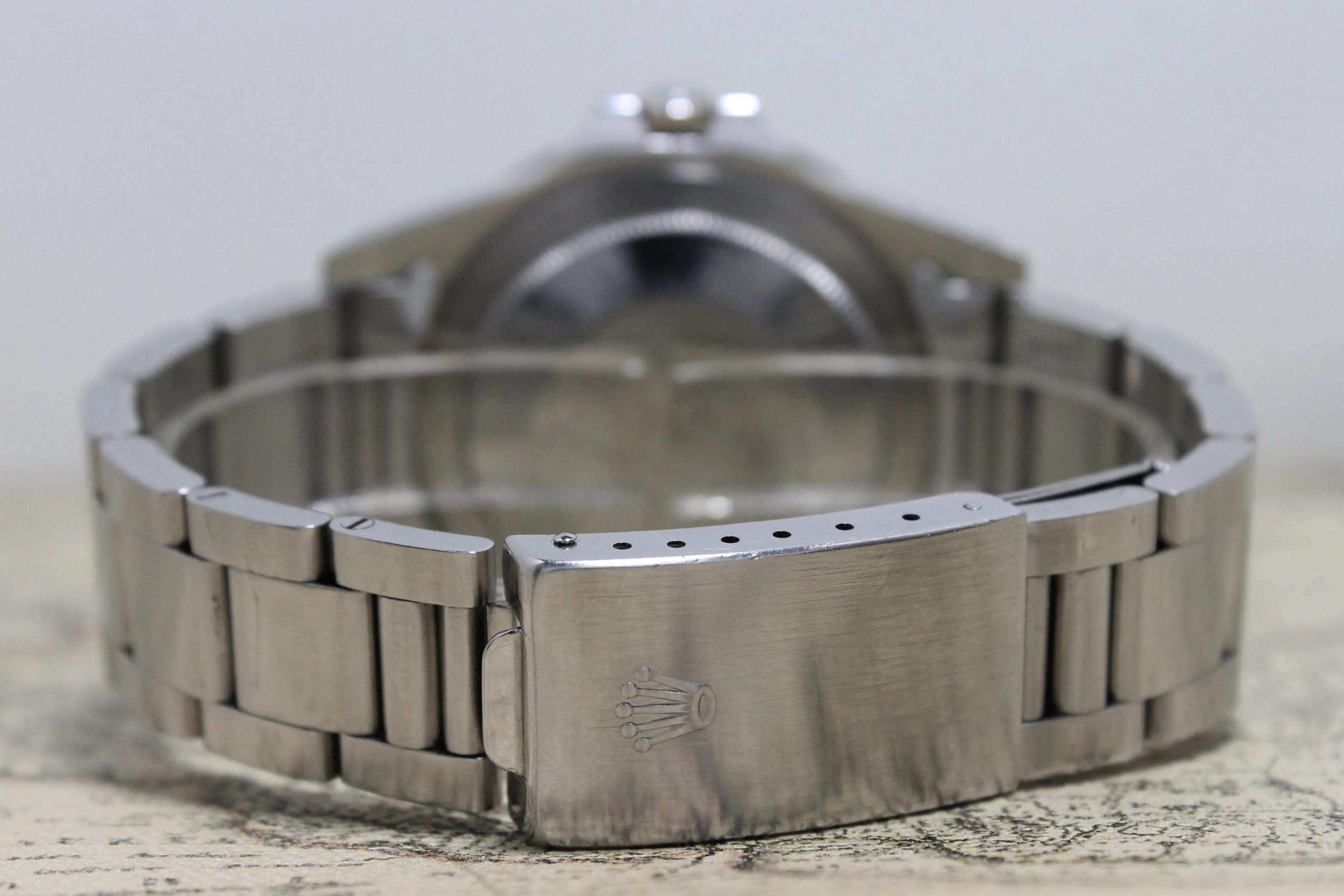 The Transitional      -      the 16750 is the last reference which bears a plexi crystal and is really considered as vintage before the sapphire models were introduced. This reference had a short production run from ca 1978 until 1986 and was made in two dial variants. The earlier version was the matte diel, not much different from the earlier matte 1675 dials. The latter one was a new dial variant at the time. It had a mirror glossy surface and white gold surrounds around the Tritium plots. It was a way to protect the dial itself from a possible luminous deterioration. This very gilt-dial looking variant was only produced for a ca.3 year production run and in two sub variants. The earlier of the two did not carry the word 'Date' in the second line on the dial (Oyster Perpetual Date in the later one.). If we sum that up we are speaking about a actually very rare dial version. The current watch offered here has such an early dial variant and is very fascinating. The mirror gloss in combination with the surrounded and patina'd lumes shows beautiful reflections when the right light falls. It is very mesmerizing to play around with the sunlight. Further the case and bracelet of this example are unpolished and retained in untouched factory condition making this a rare opportunity to acquire a great quality example of the last real Vintage GMT Master.