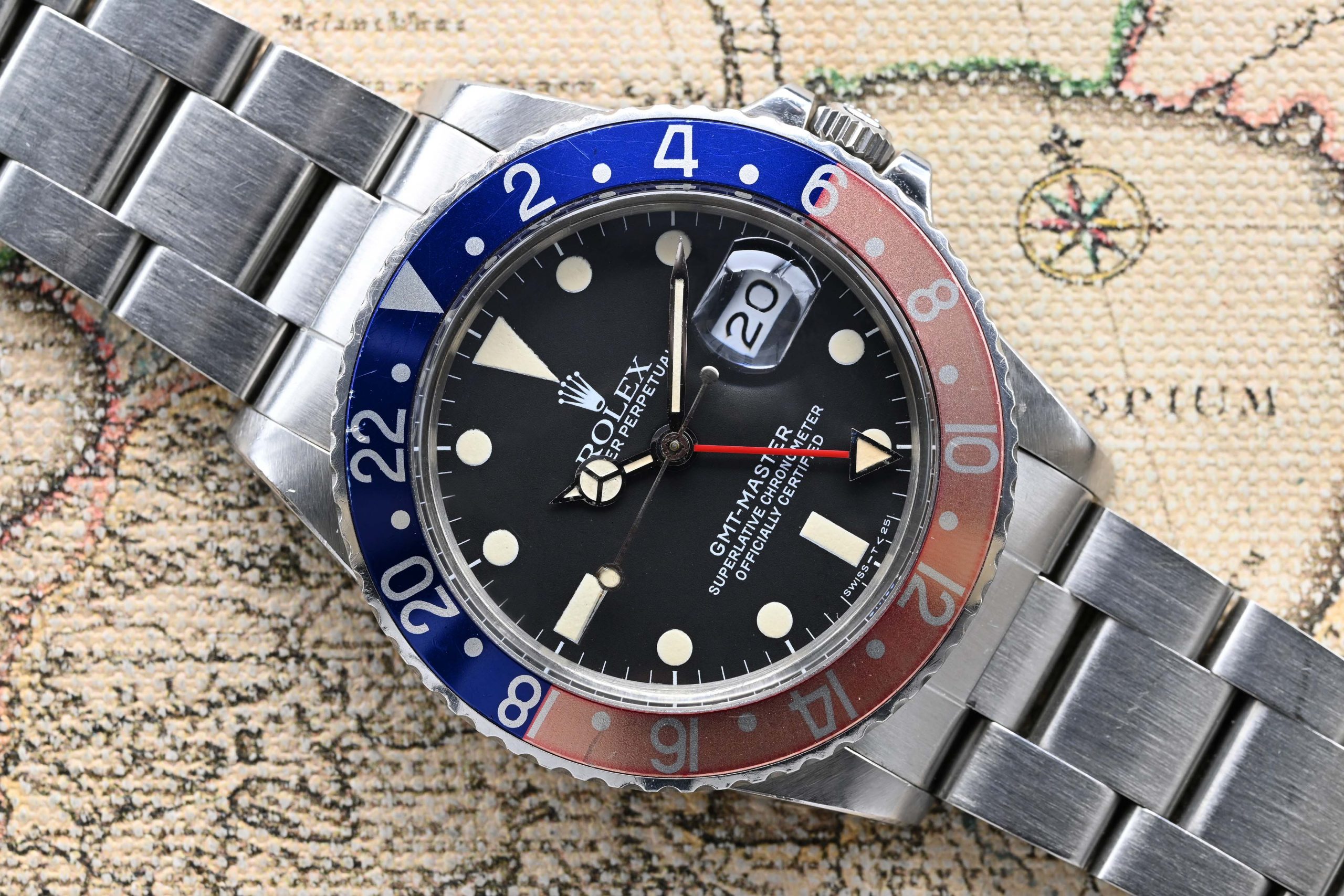 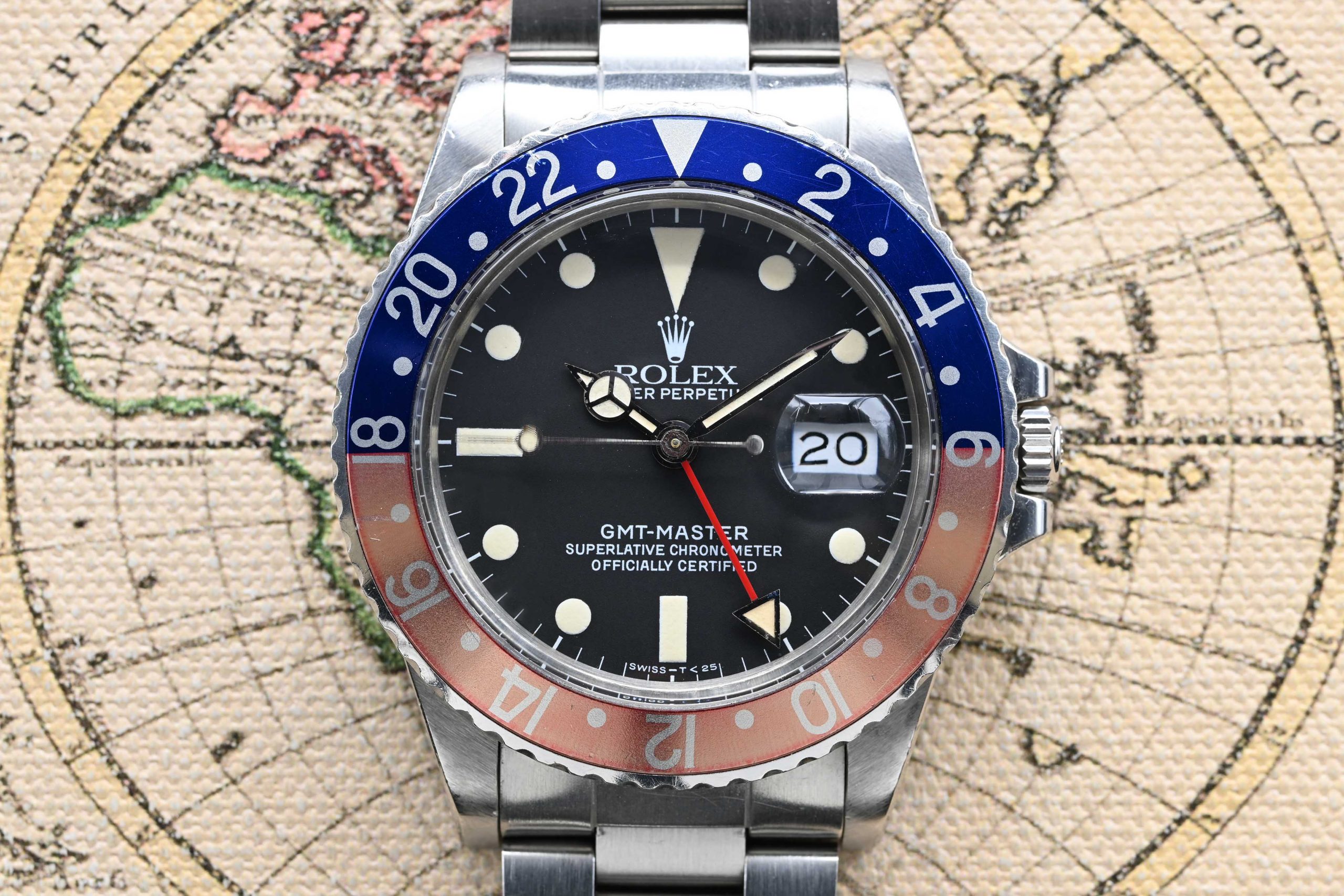 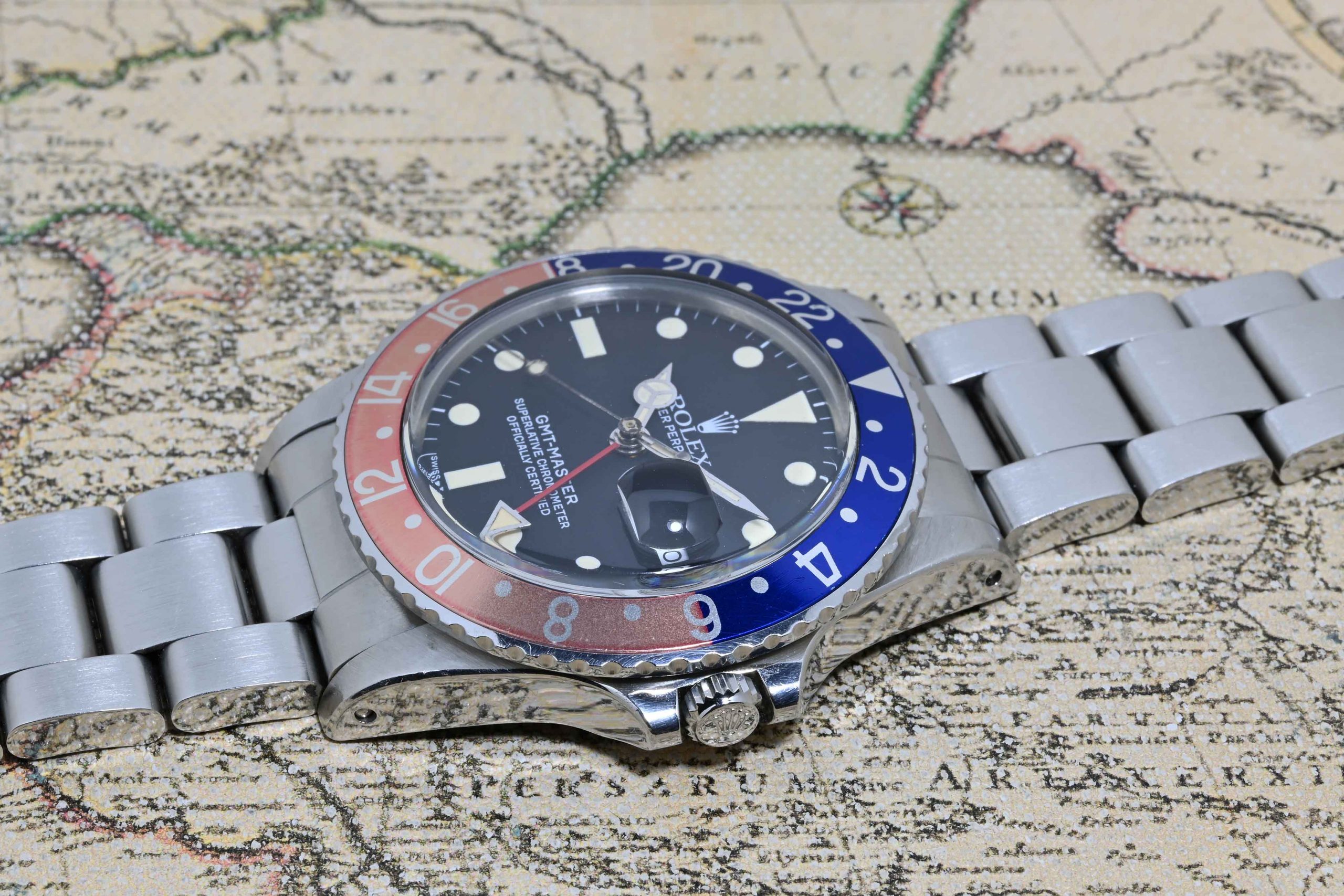 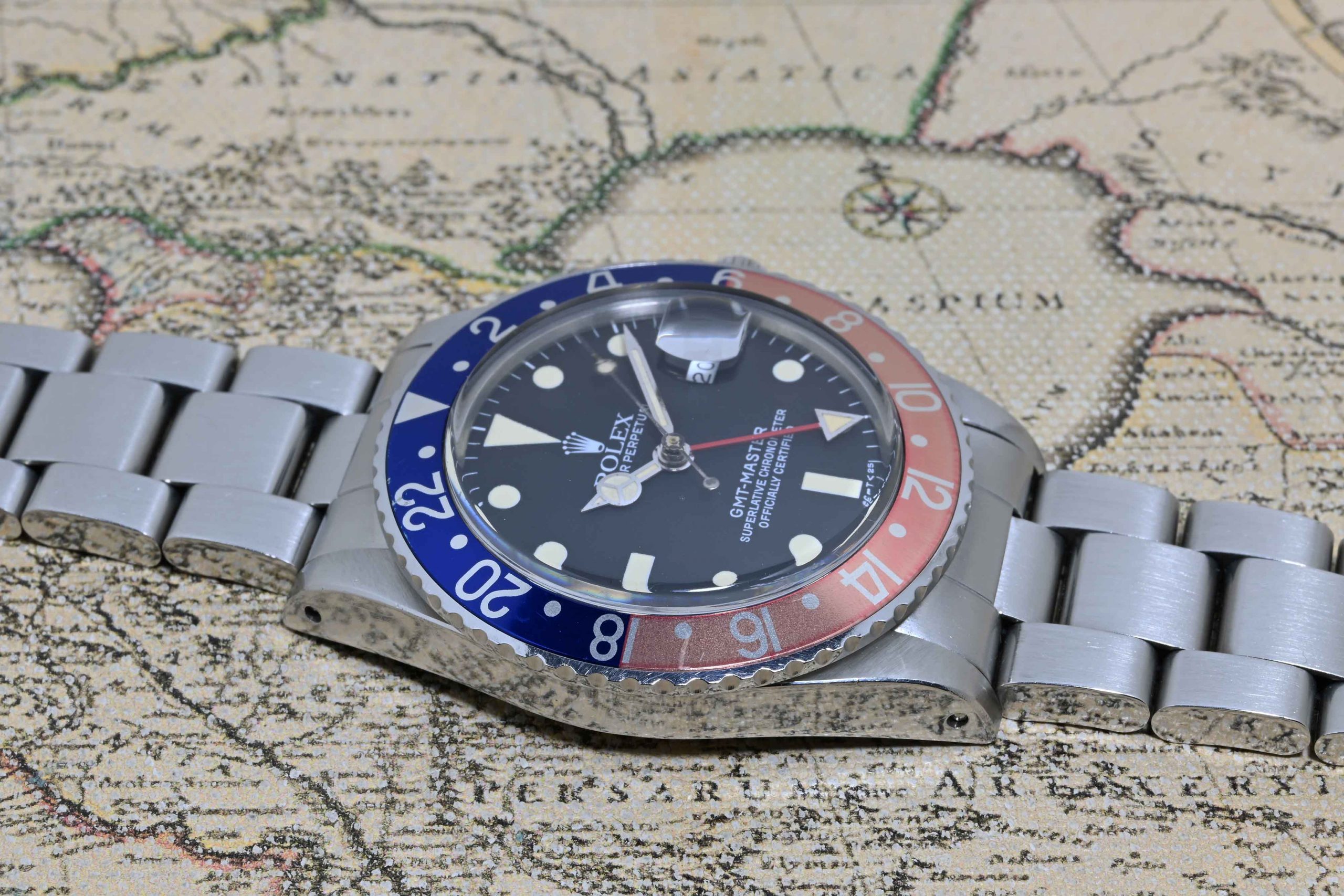 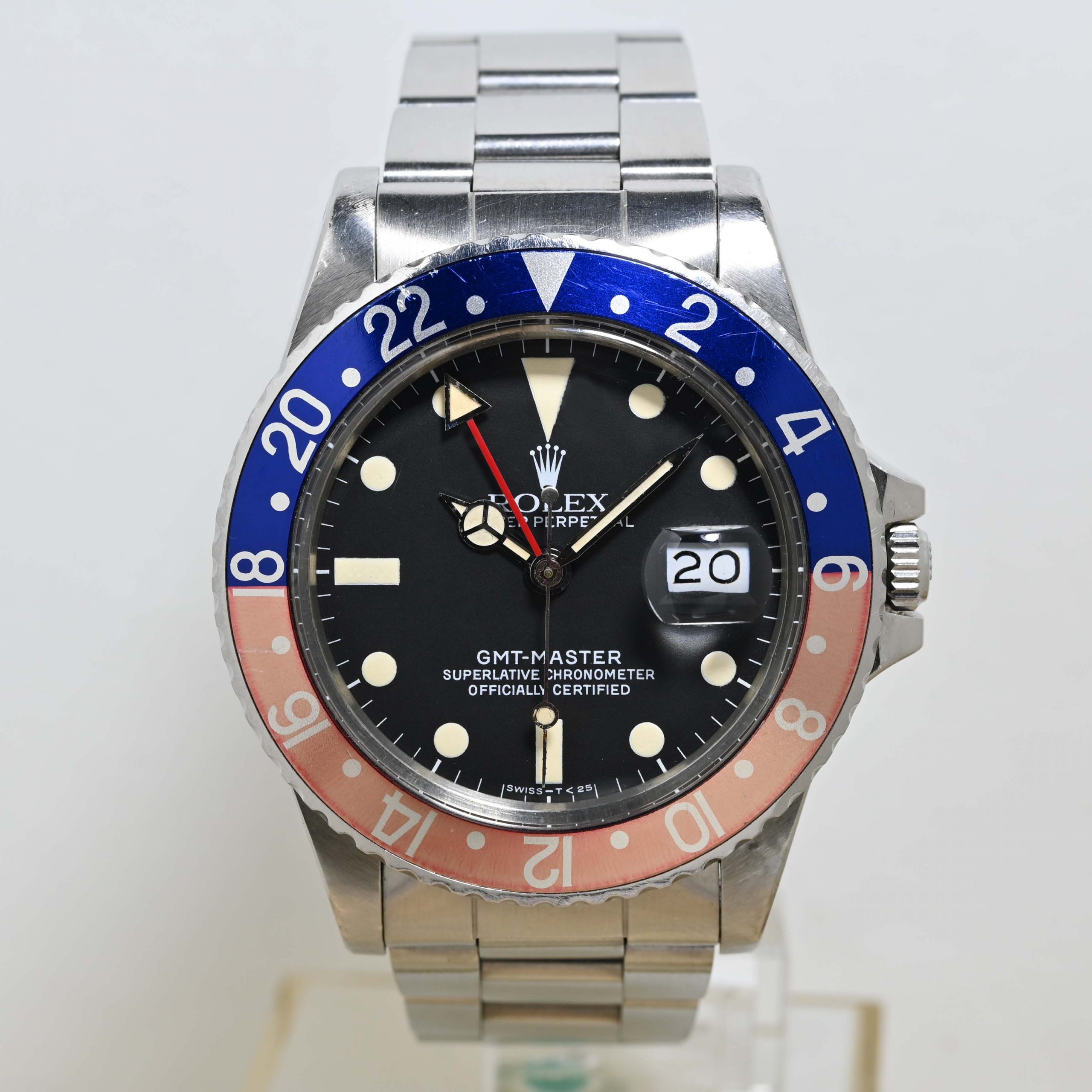 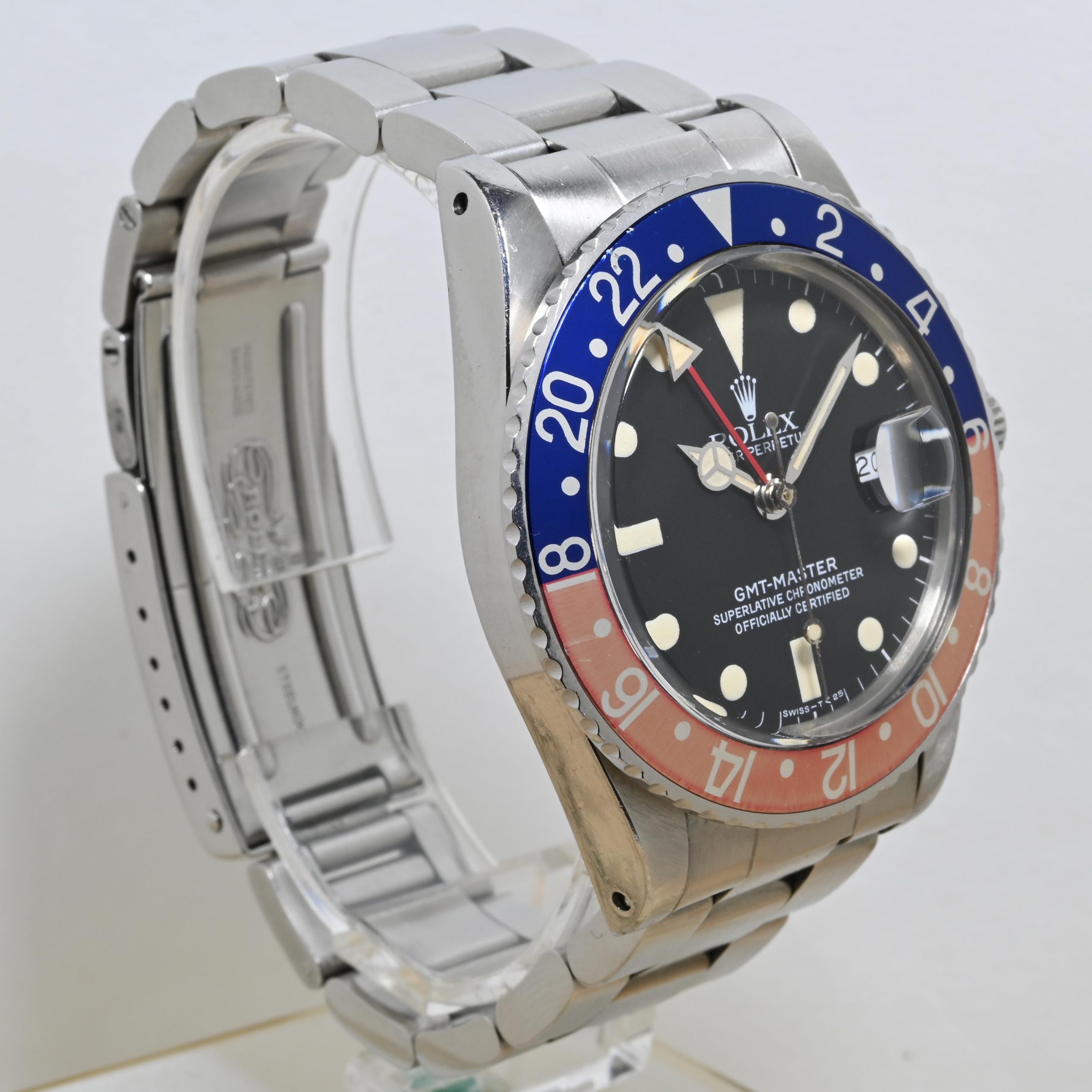 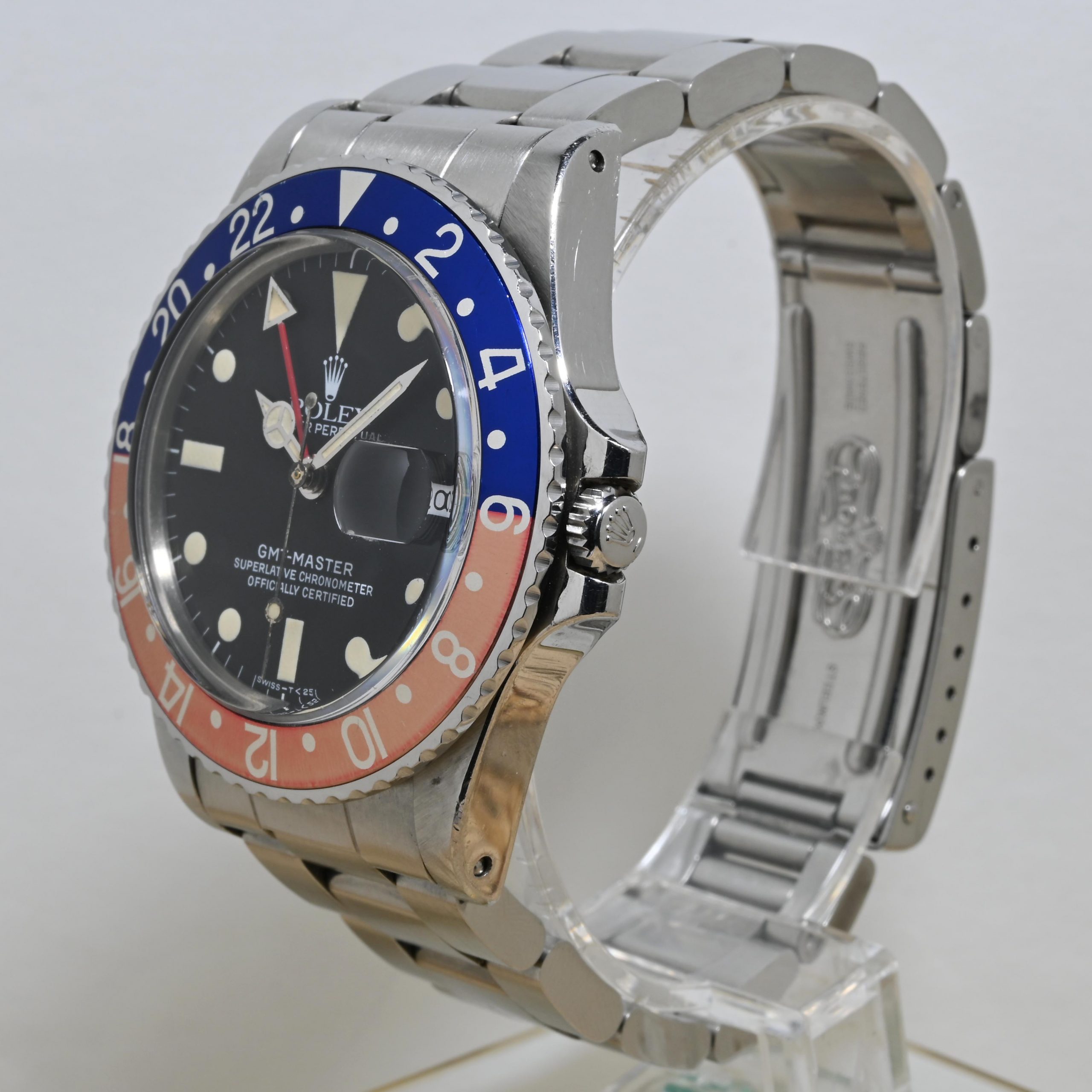 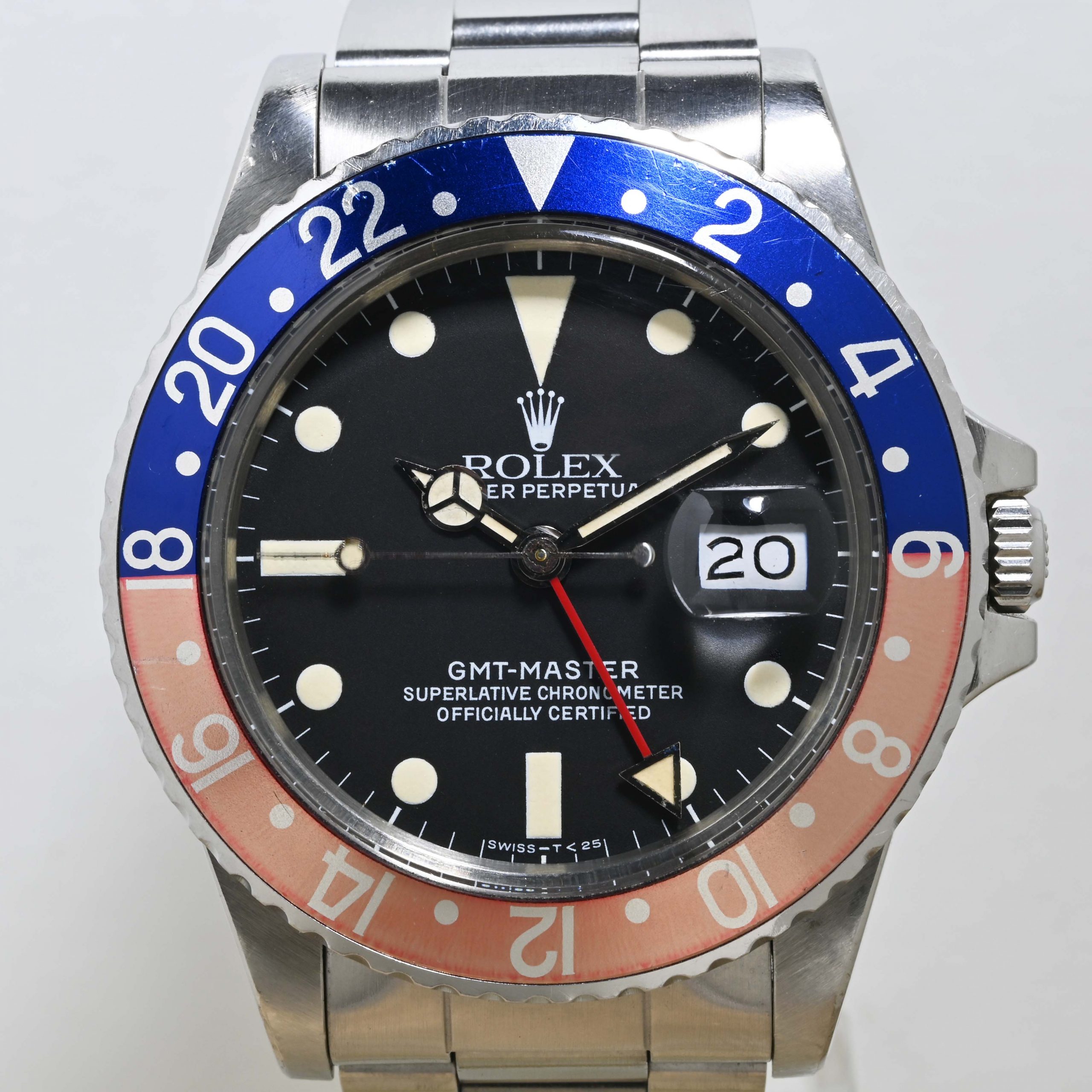 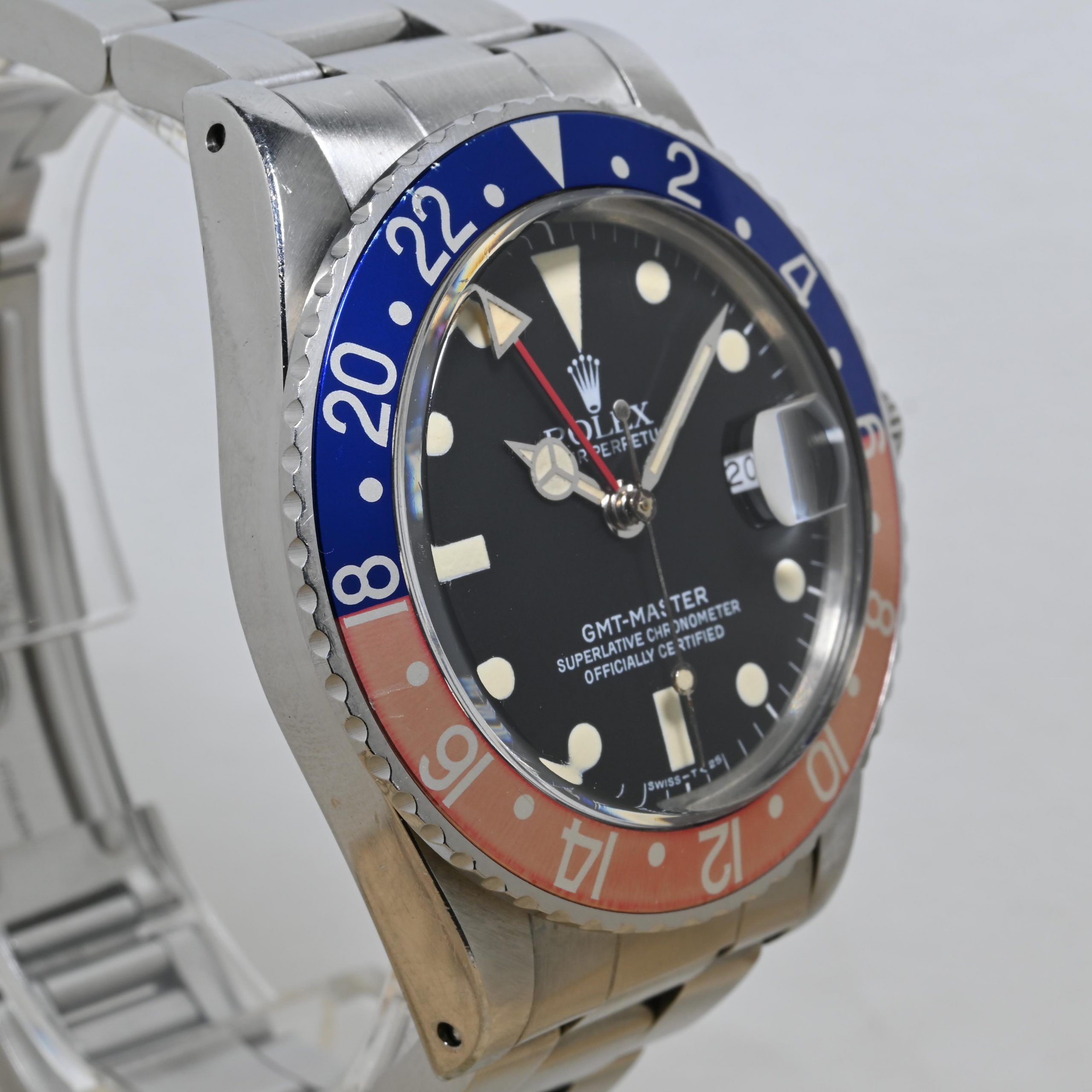 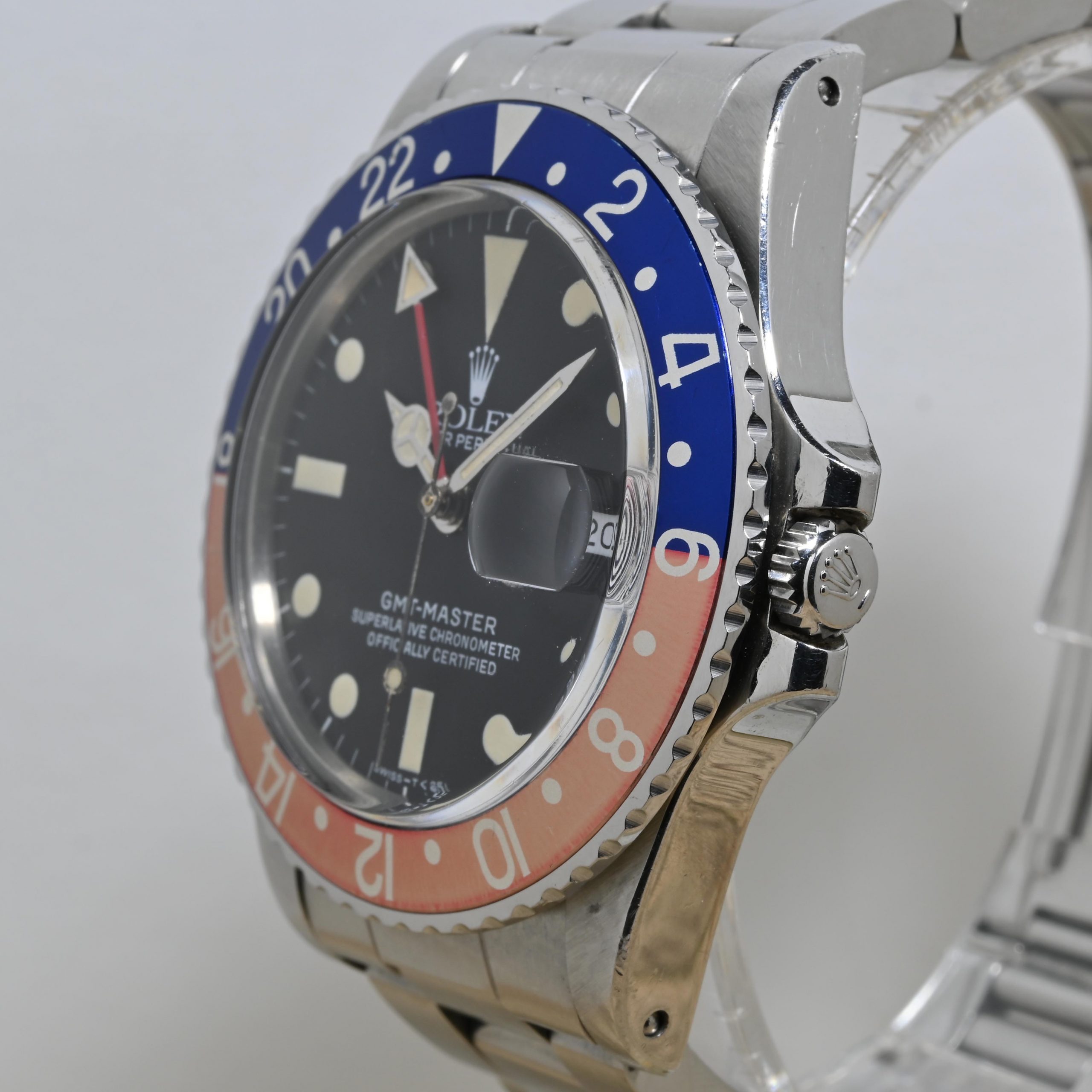 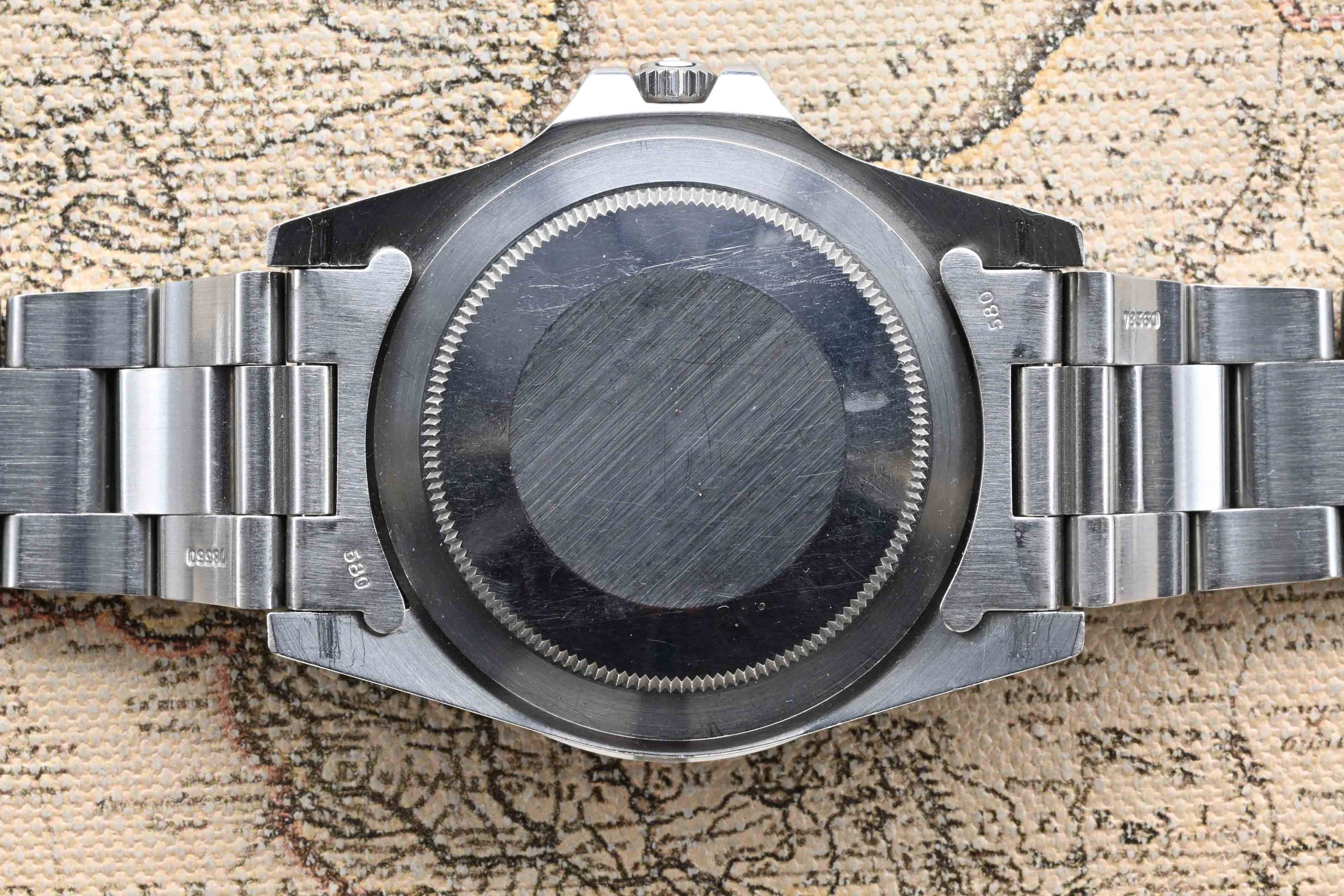 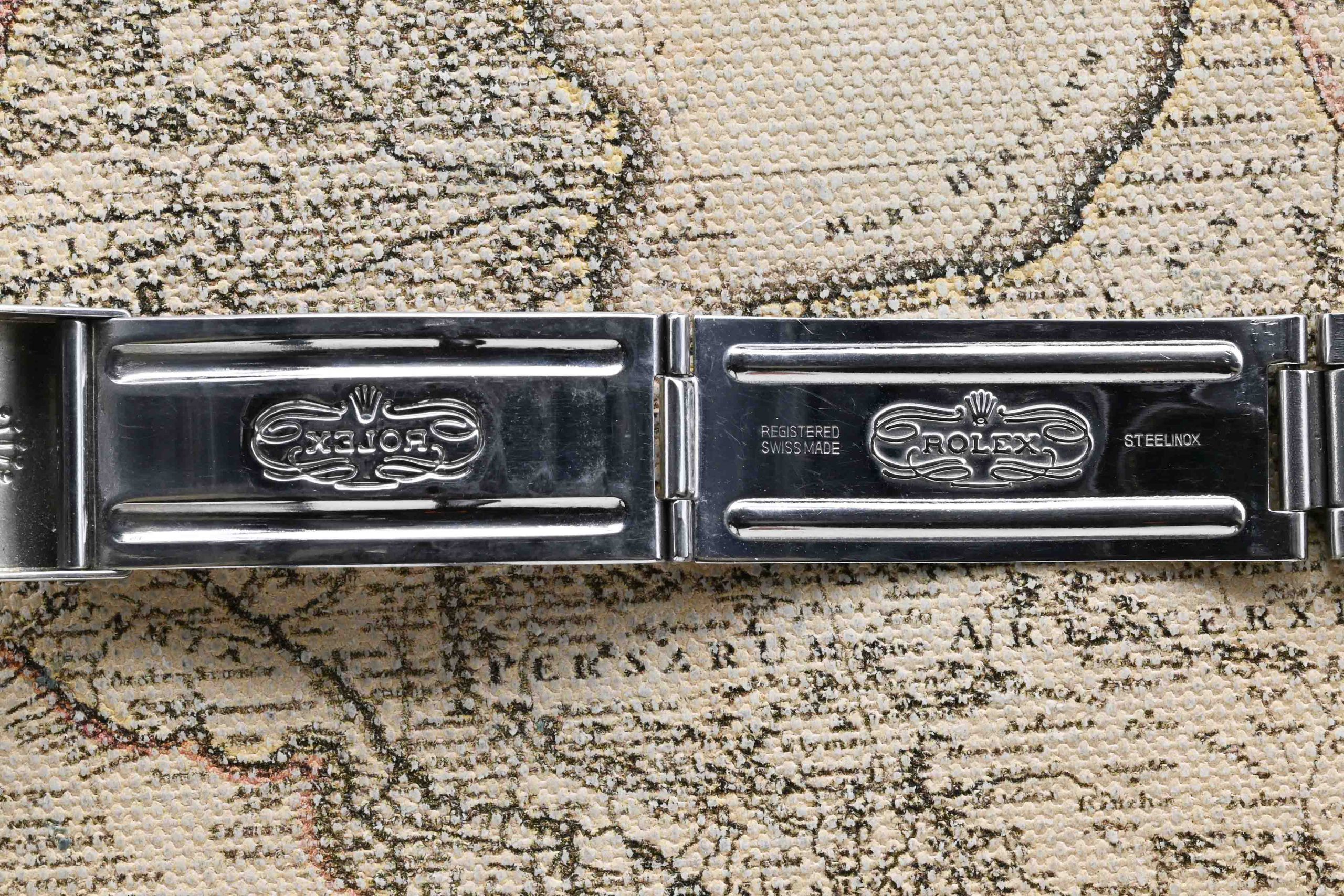 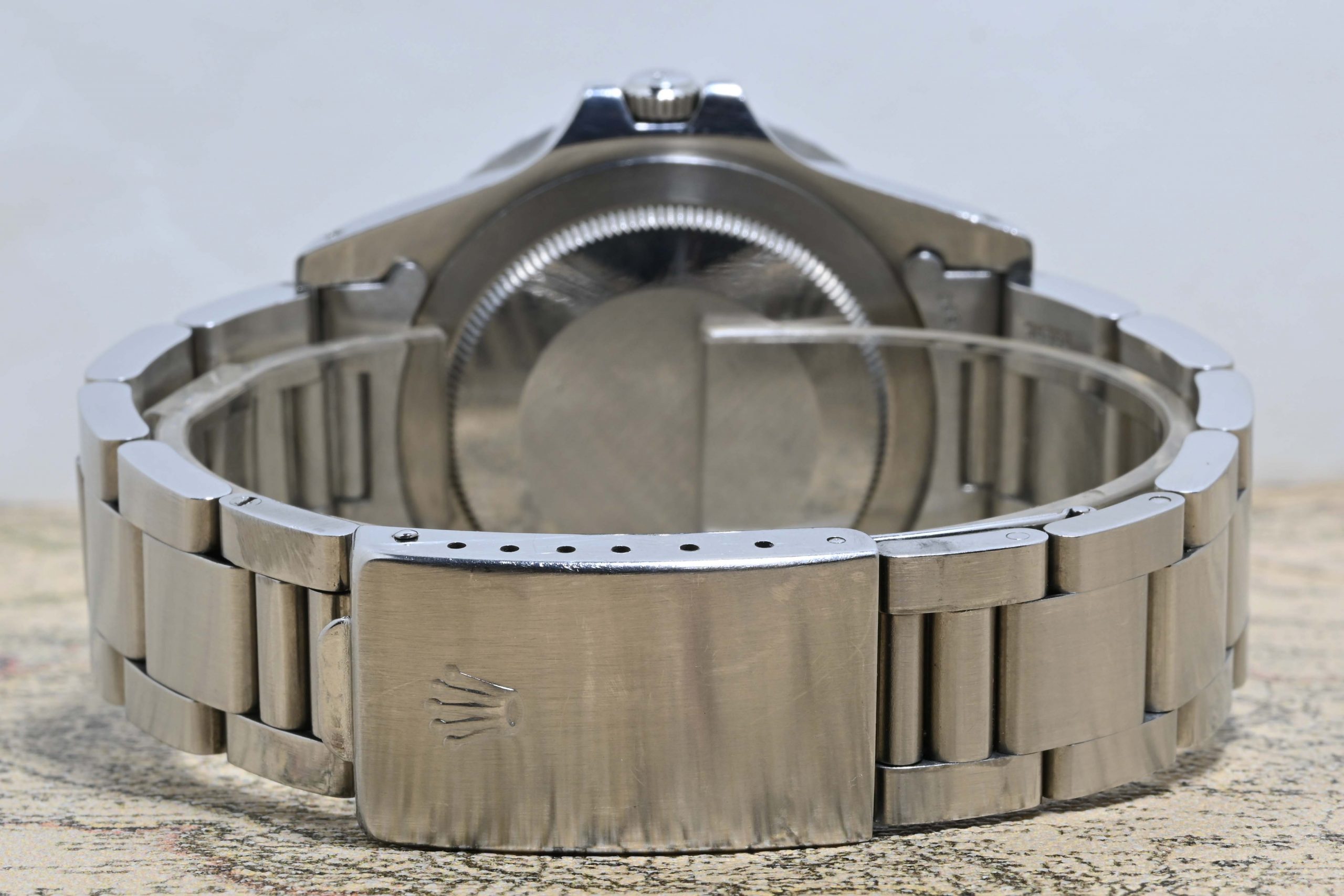 16750 Matte dial       - Here's a great example of the last GMT Master series with matte dial. Visually there isn't any difference to the earlier reference 1675 however the movement has gone through a major upgrade allowing the date to be changed in quickset mode. The example offered here is in excellent condition featuring a sharp and unpolished case showing beautiful factory finishing, equally on the Oyster bracelet which remains tight and sharp. The dial is very well preserved and does not show any signs of wear bearing original Tritium plots and hands which have aged to a vanilla color. The bezel is sharp and holding a nicely faded insert with the red portion having aged from red to a warm rose color. Overall a very strong GMT Master ticking all the boxes.