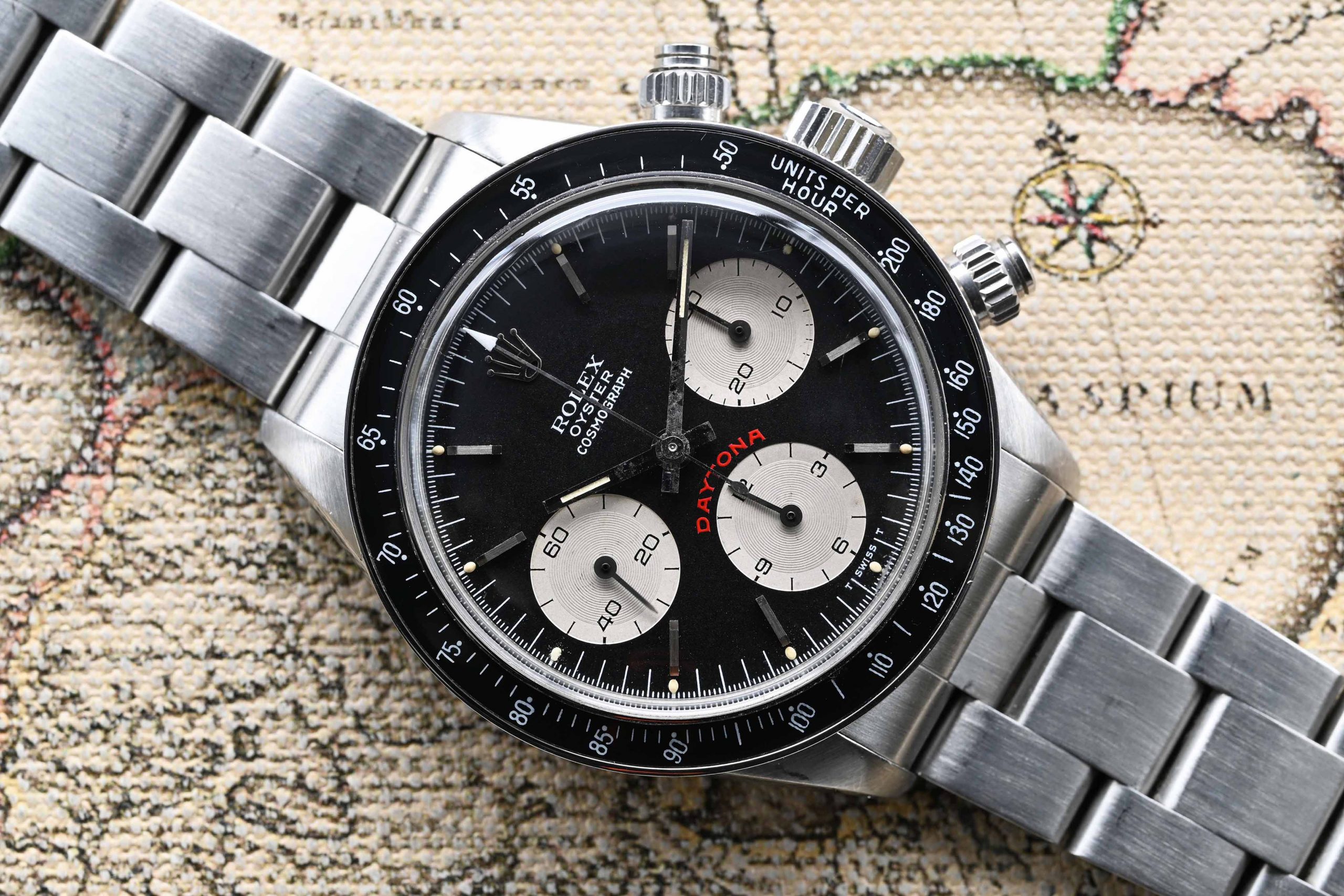 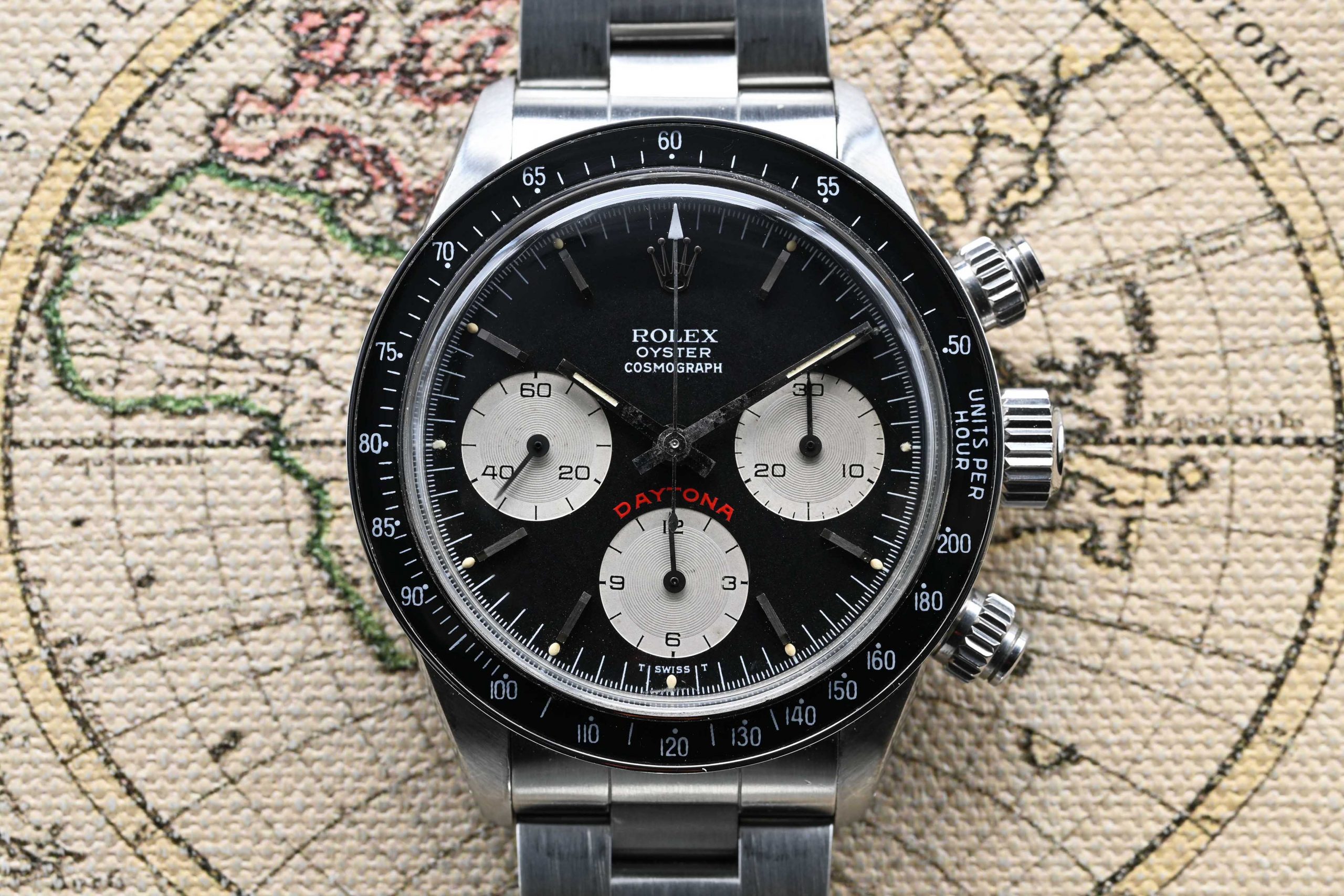 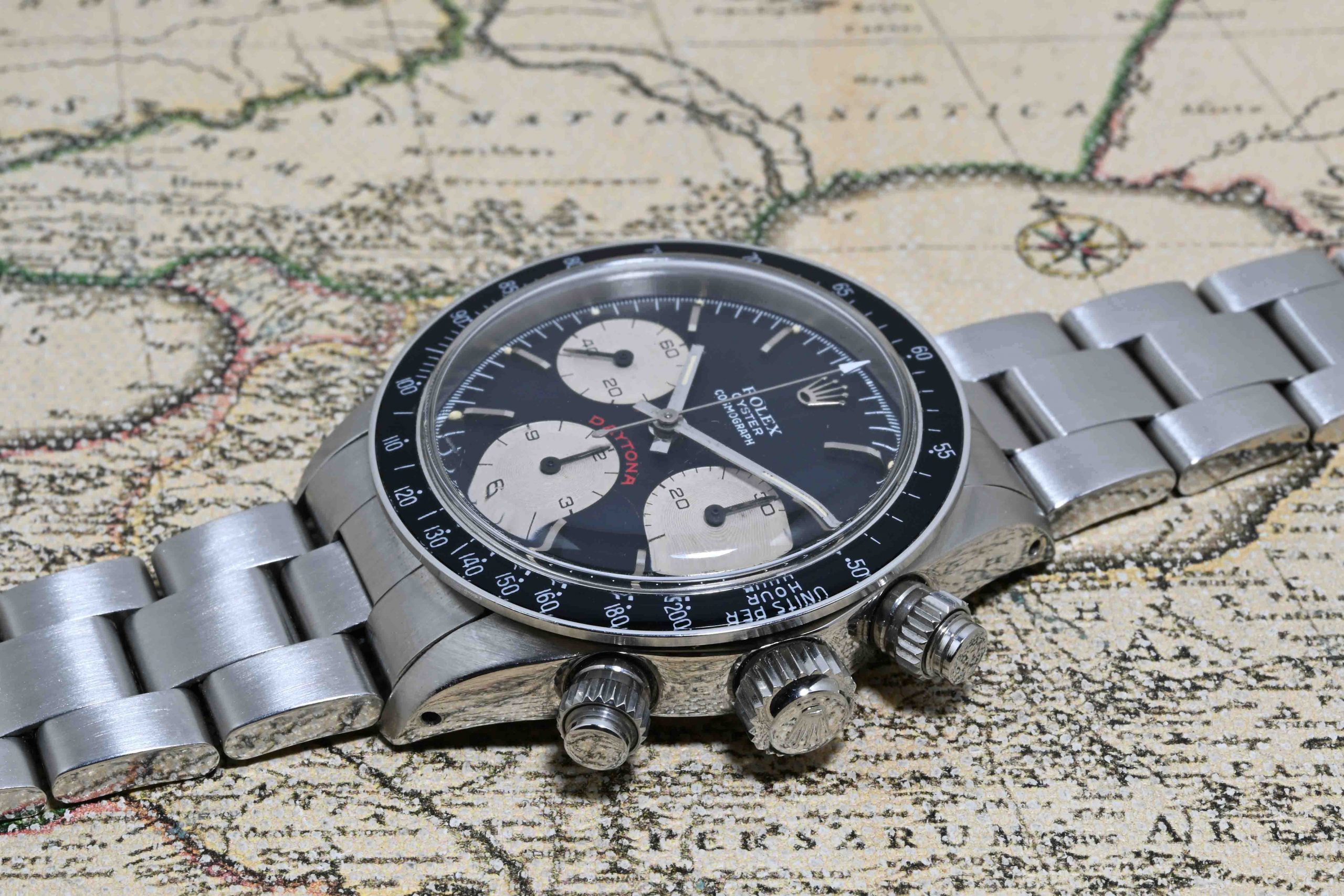 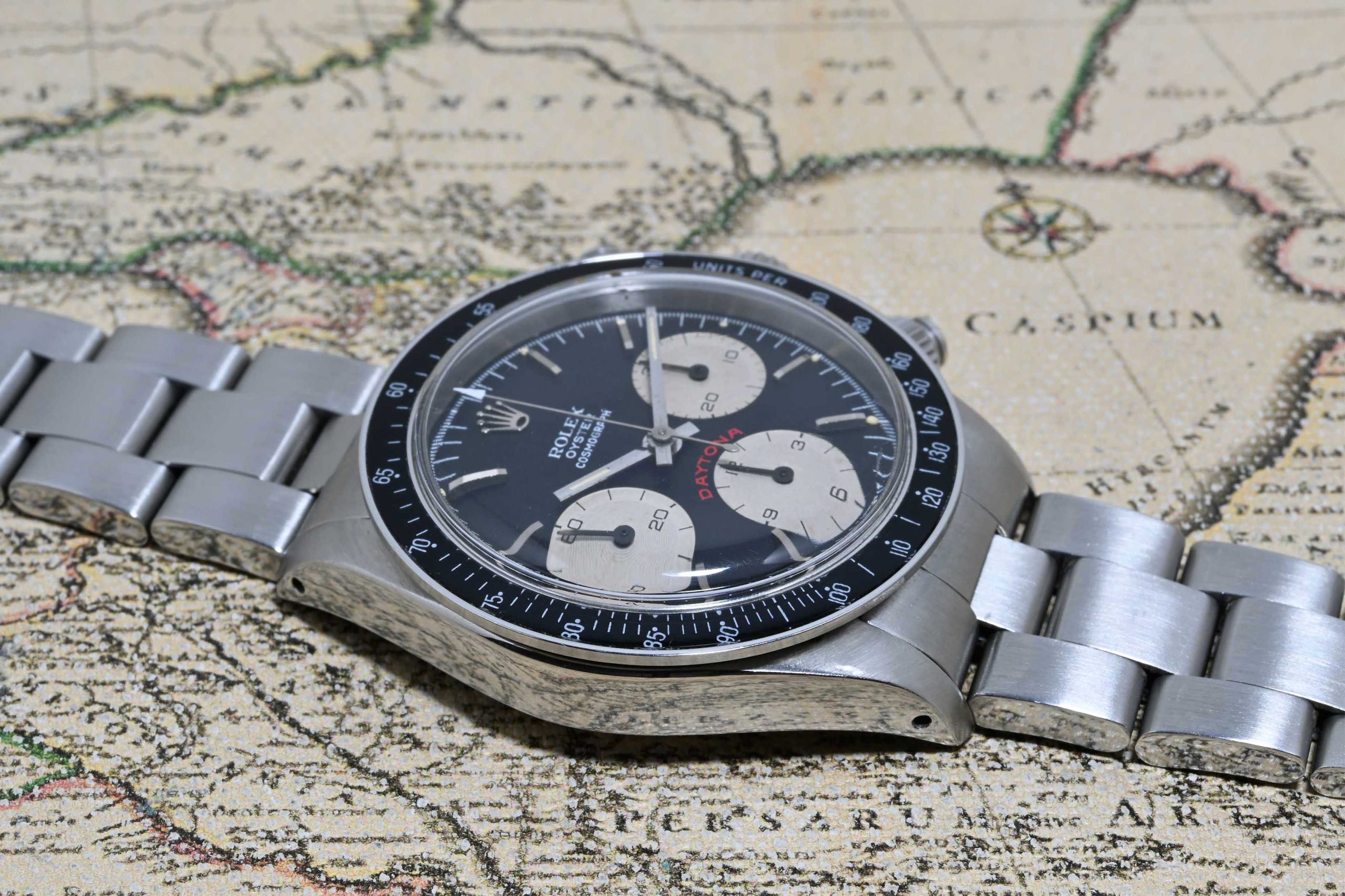 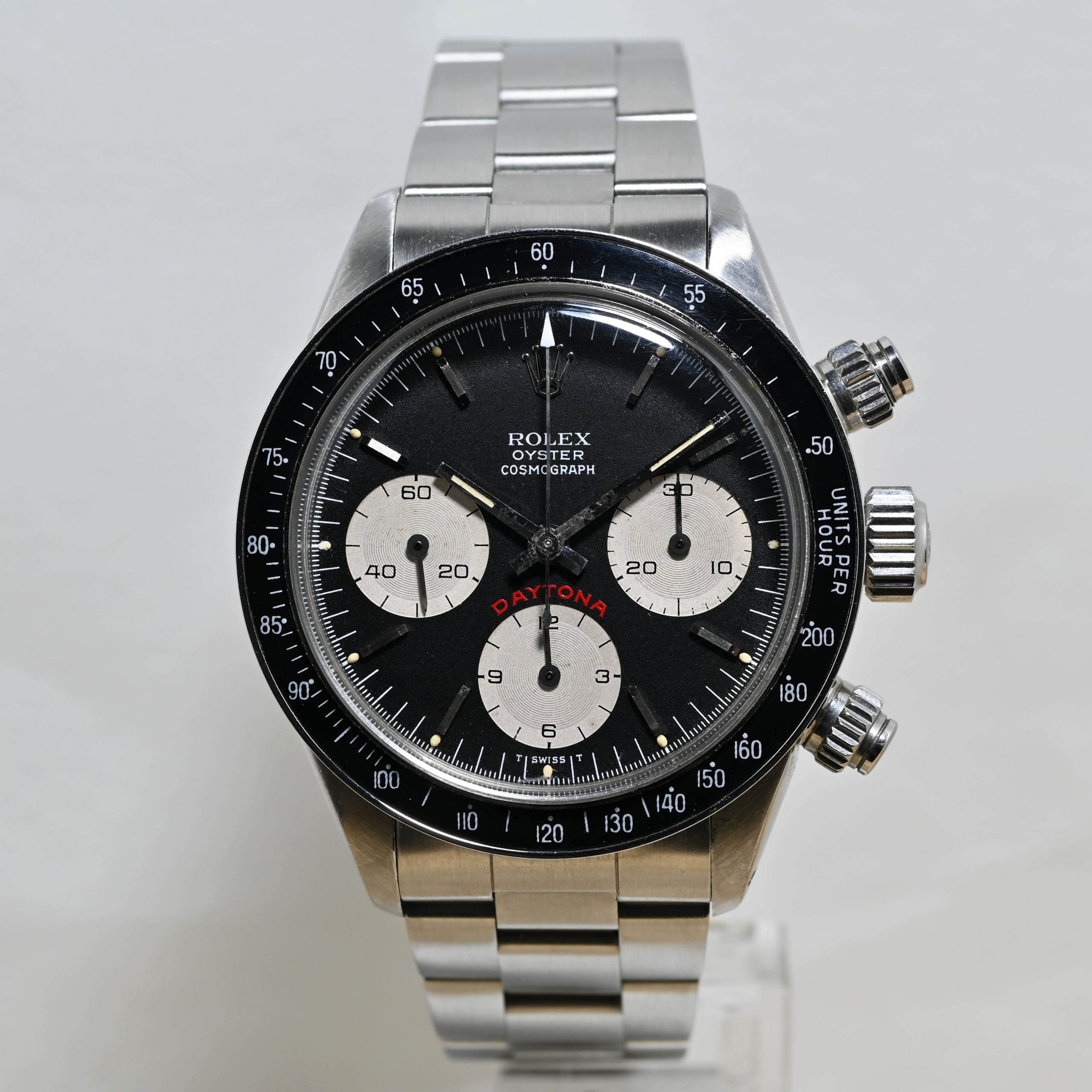 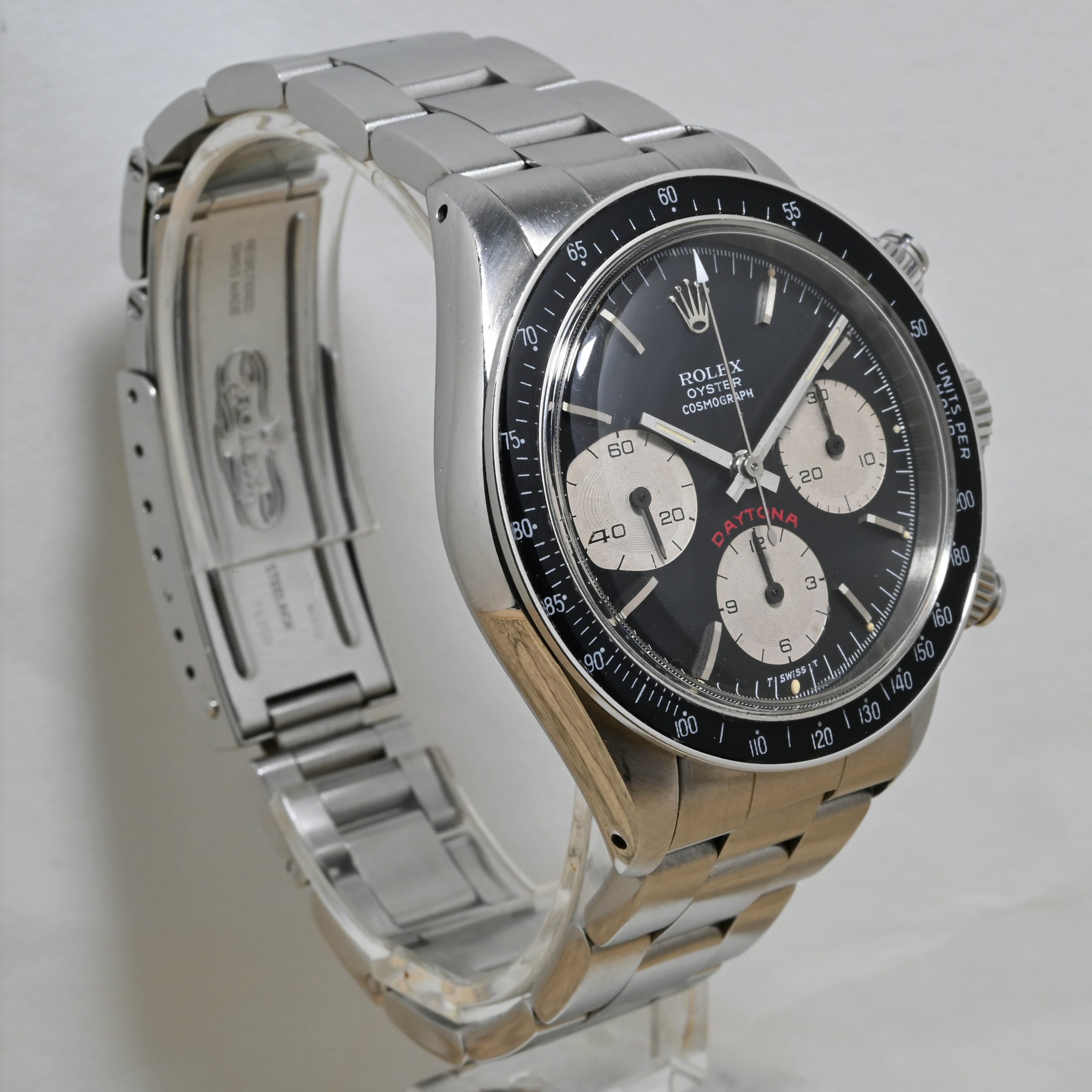 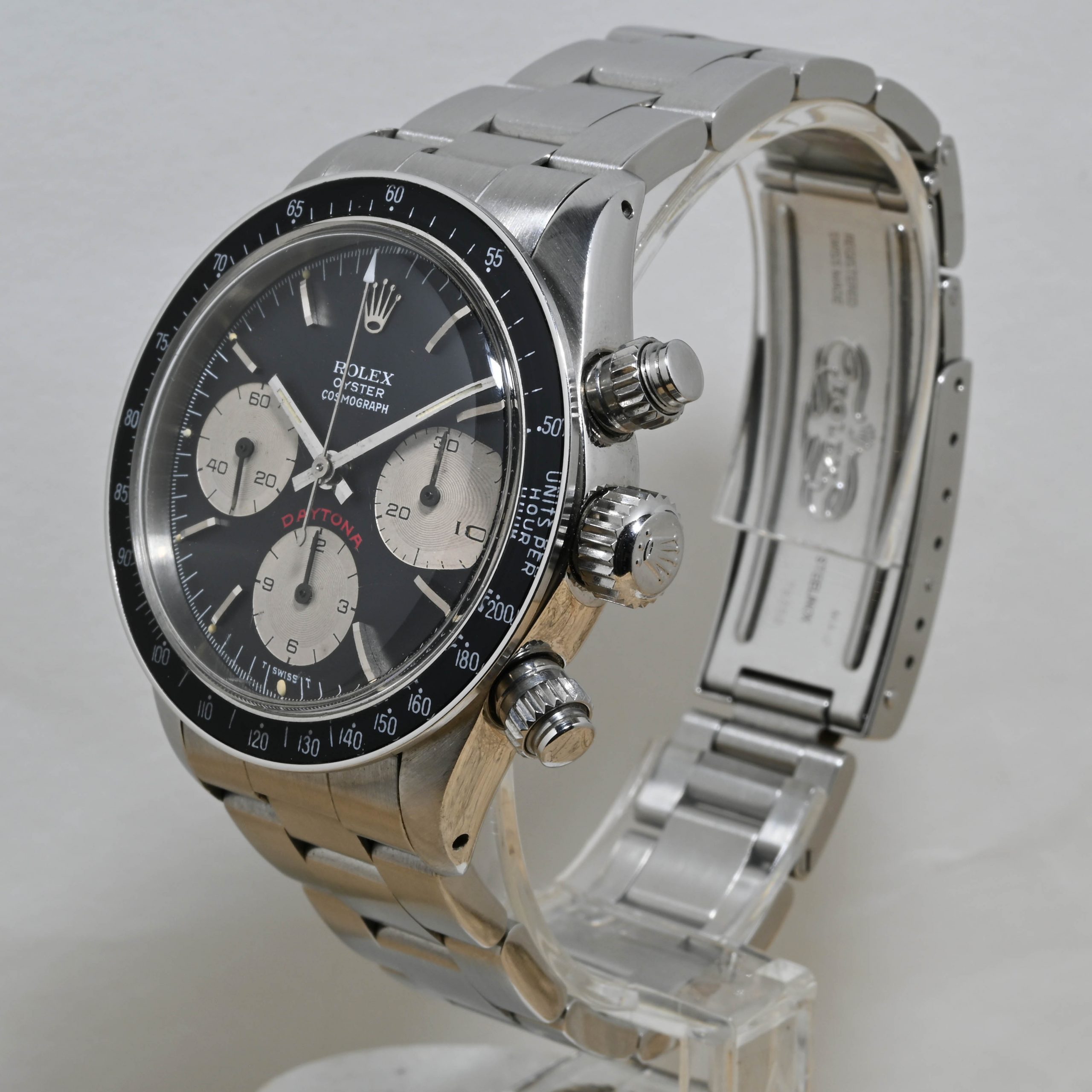 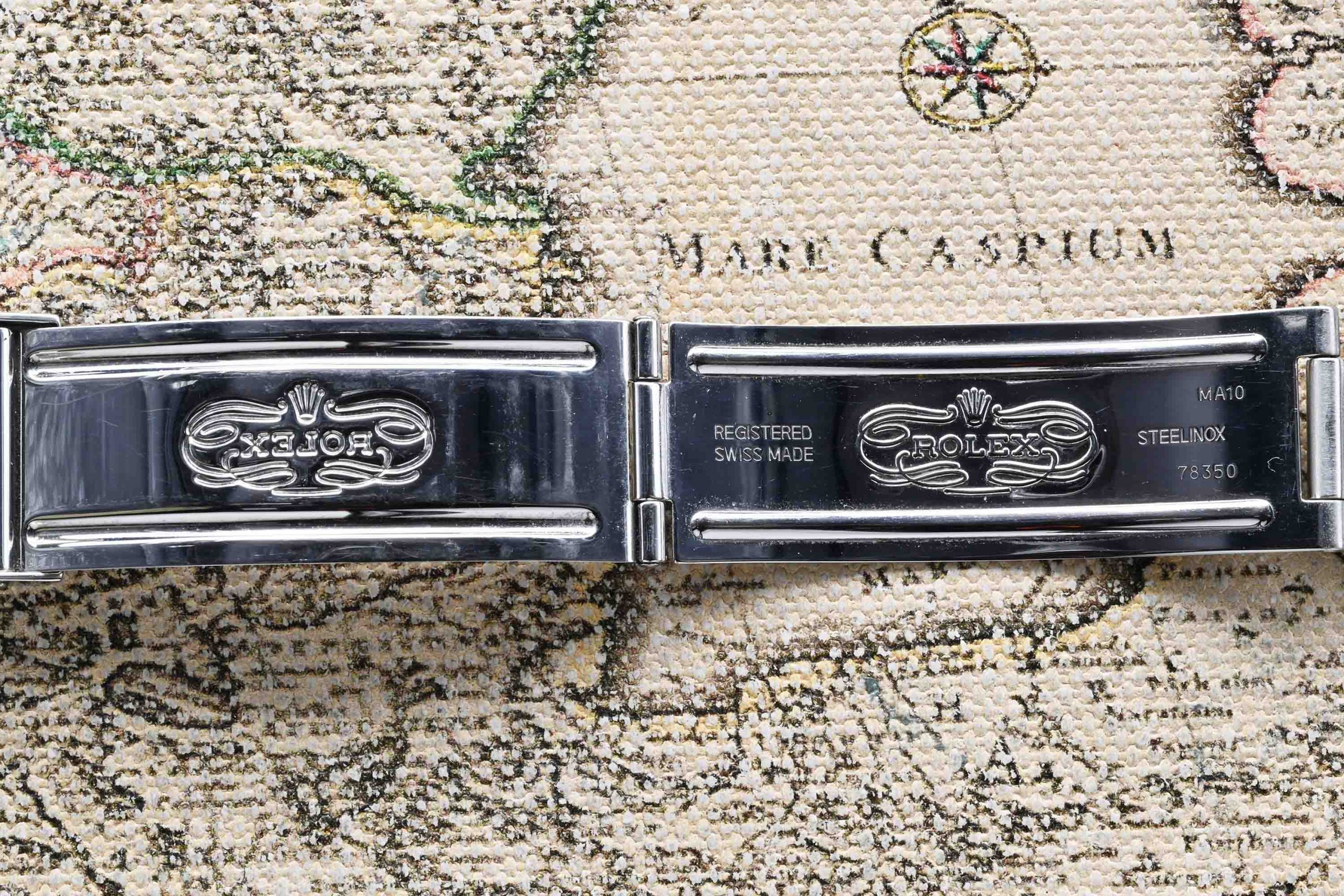 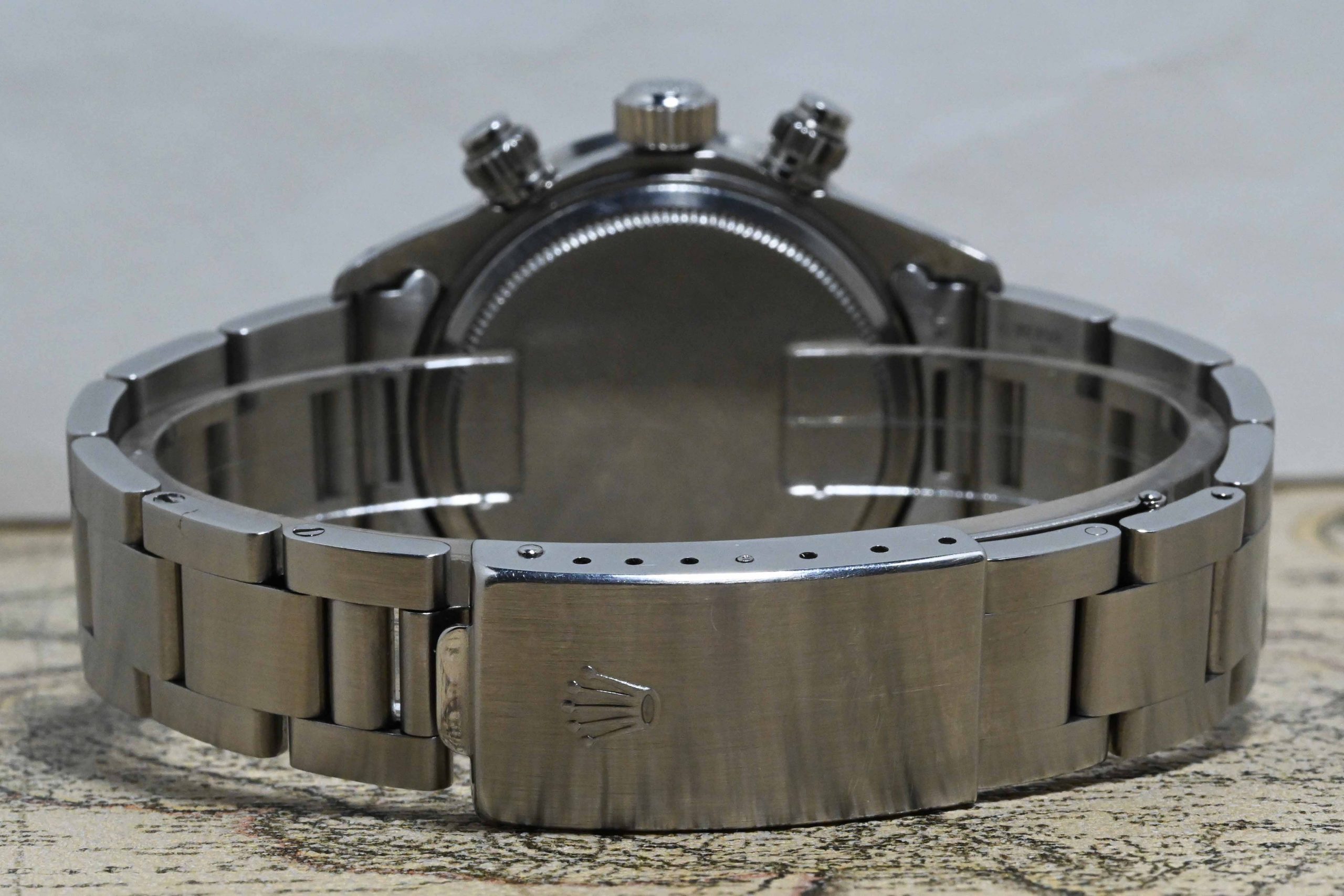 6263 Big Red - From all the Vintage Daytona References the 6263 seems to be the most popular one. The 6263 was introduced in 1971 as a upgraded version to the 6241. The upgrade merely included a movement upgrade from cal. 722 to ca. 727 and a pusher upgrade from the pump pushers to screw down pushers. The popularity on the 6263 (and 6265) also derive from the watch looking larger with the screw pushers. In the earlier years this reference was also fitted with a Paul Newman dial, the so-called Panda. Here we have a later iteration of the 6263 dating to 1971. The watch is preserved in excellent condition with a fat and sharp case not showing much wear from age. The black dial with off-white registers is nicknamed 'Big red' signalized by the Daytona printed in red above the 6' subdial. This watch ticks all the boxes in regards to the condition and comes in a beautiful full set with boxes, warranty certificate, booklet and matching calendar. These don't come up much recently and we are happy to offer this Grail among the Daytonas for sale