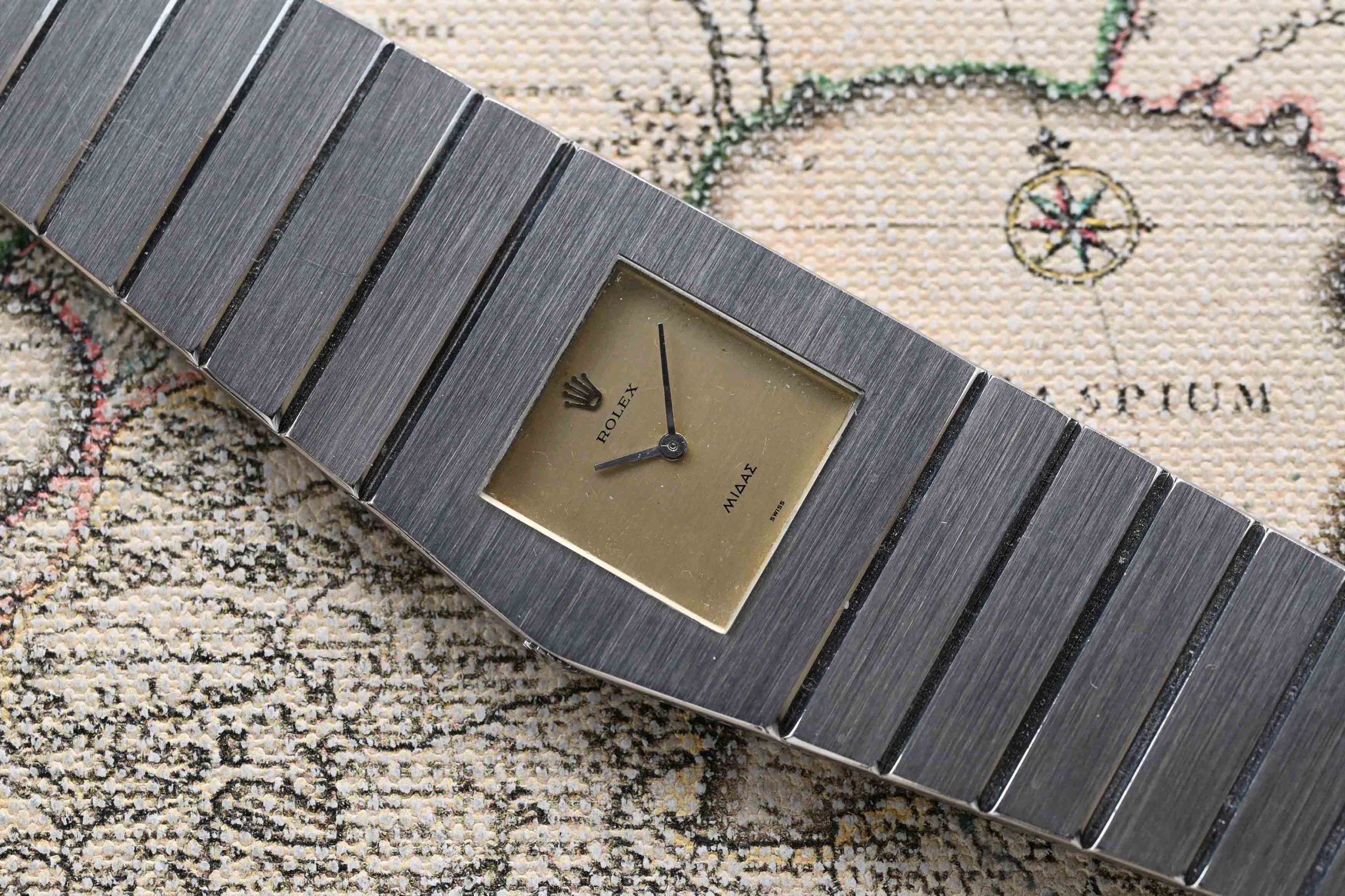 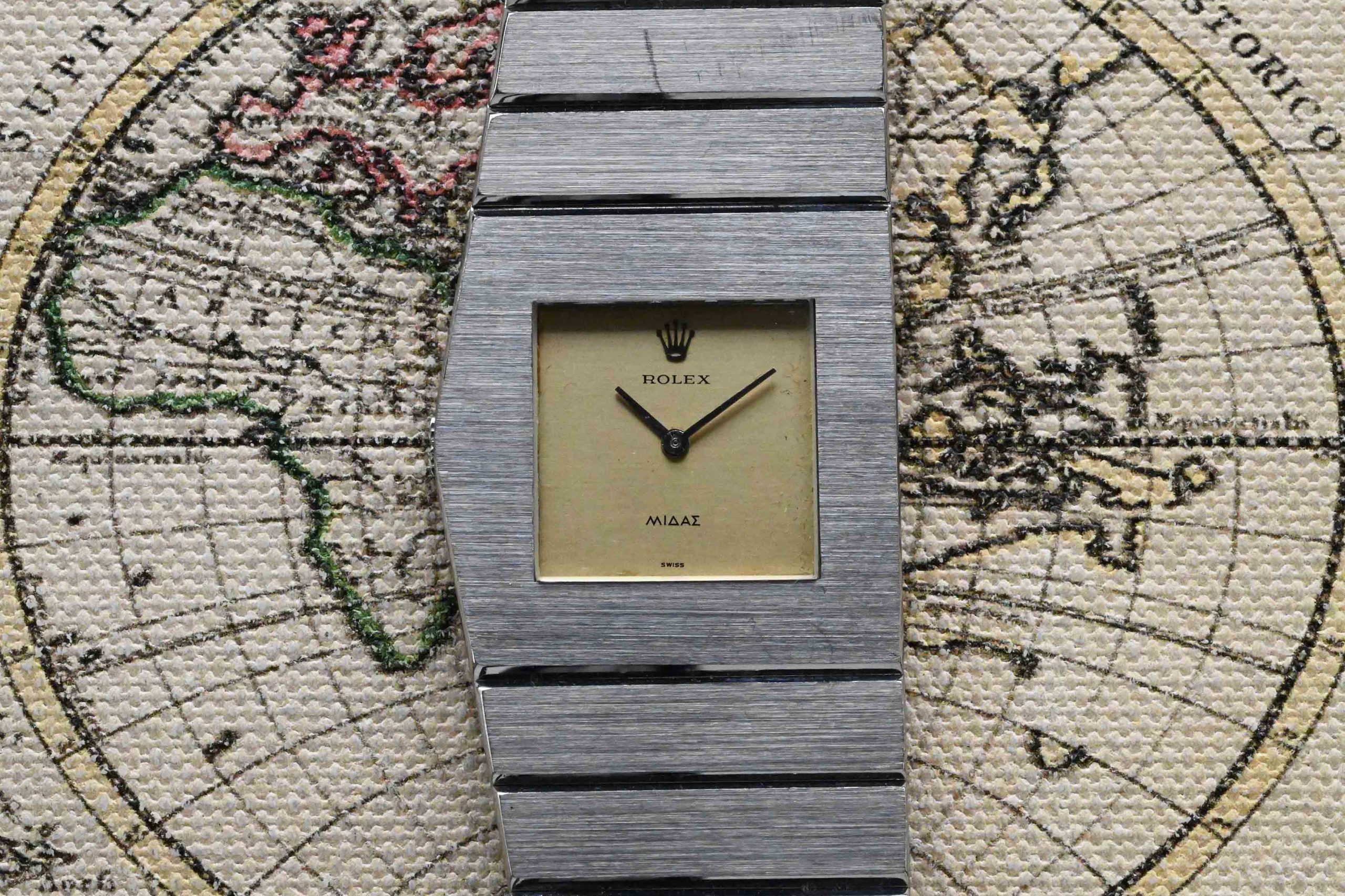 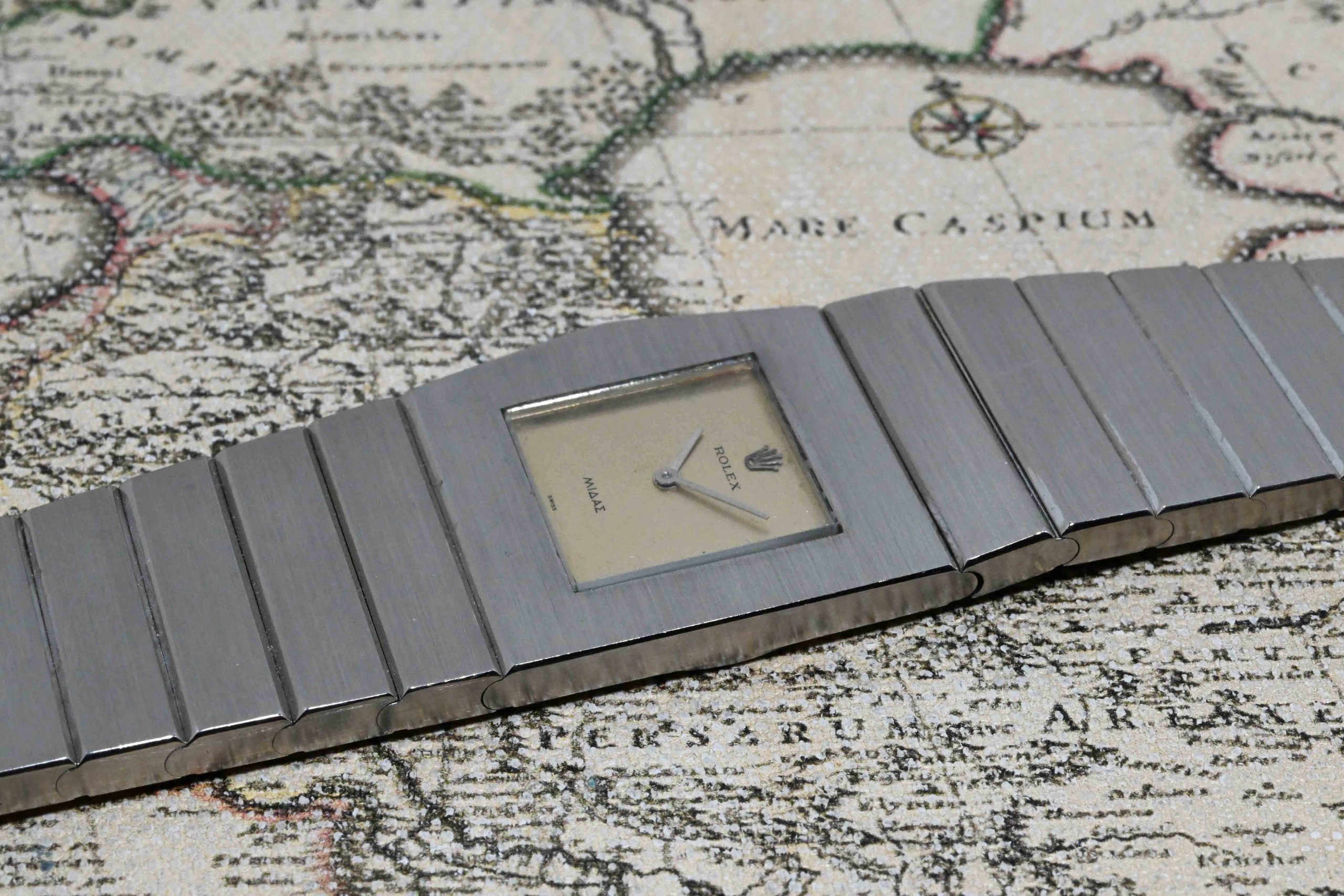 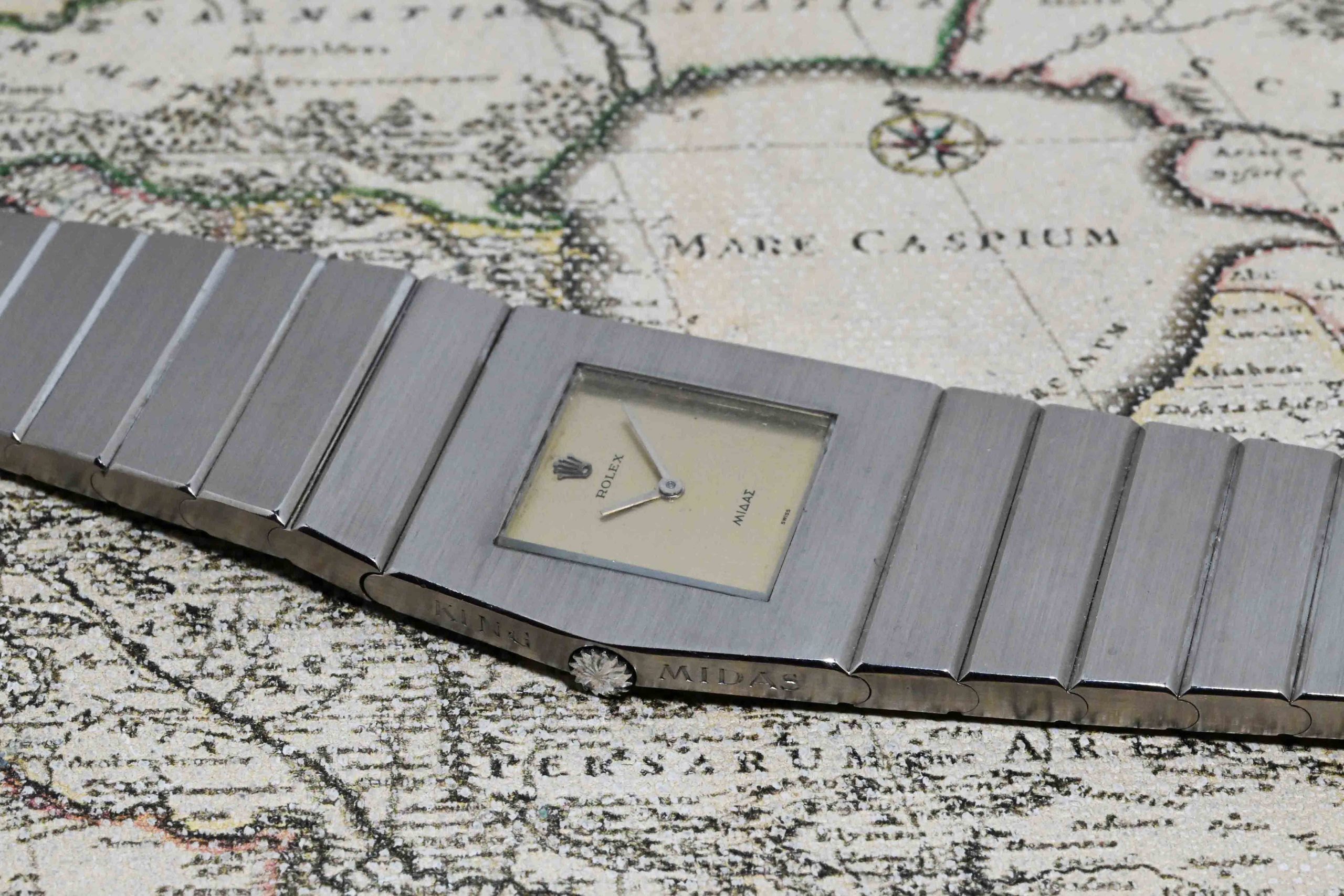 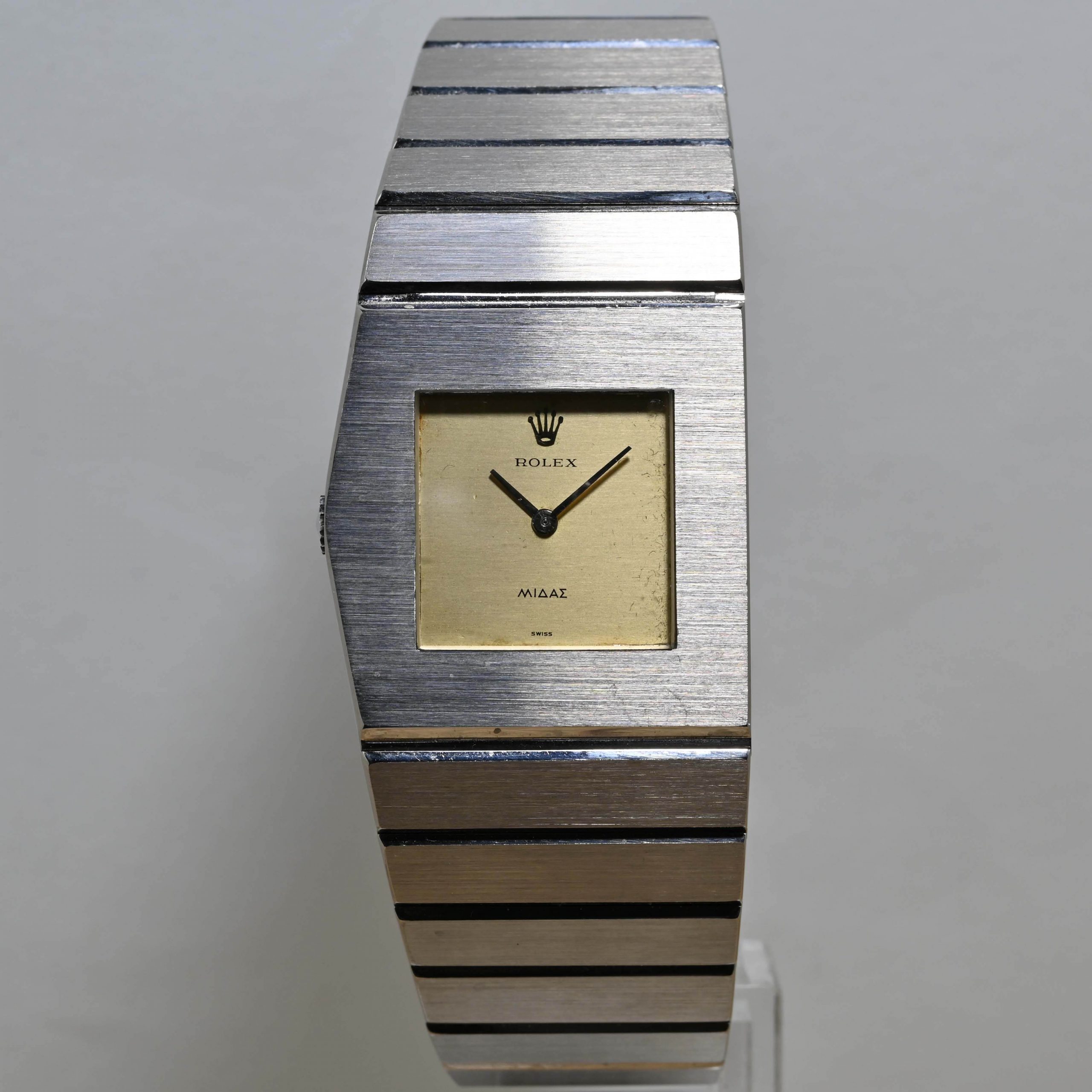 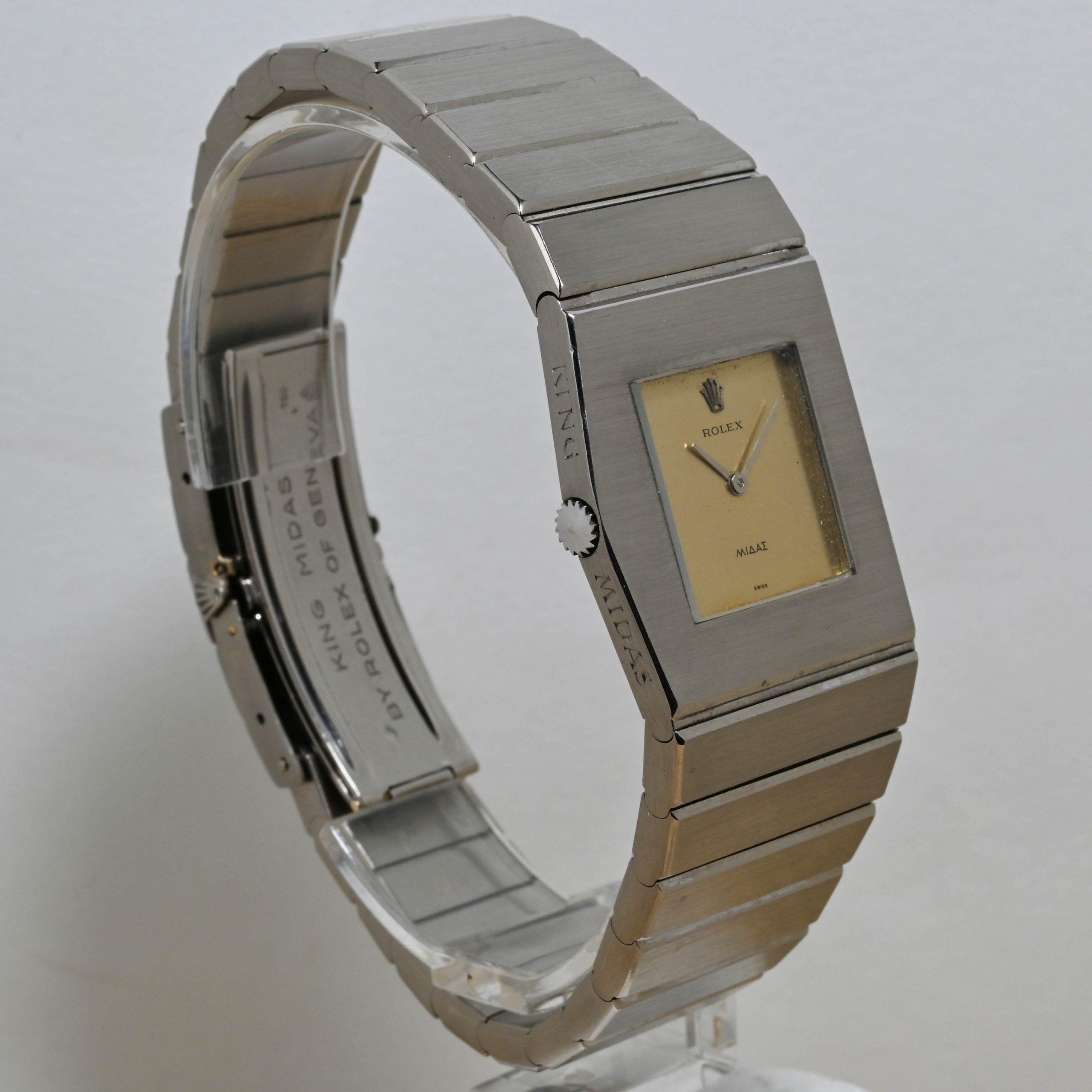 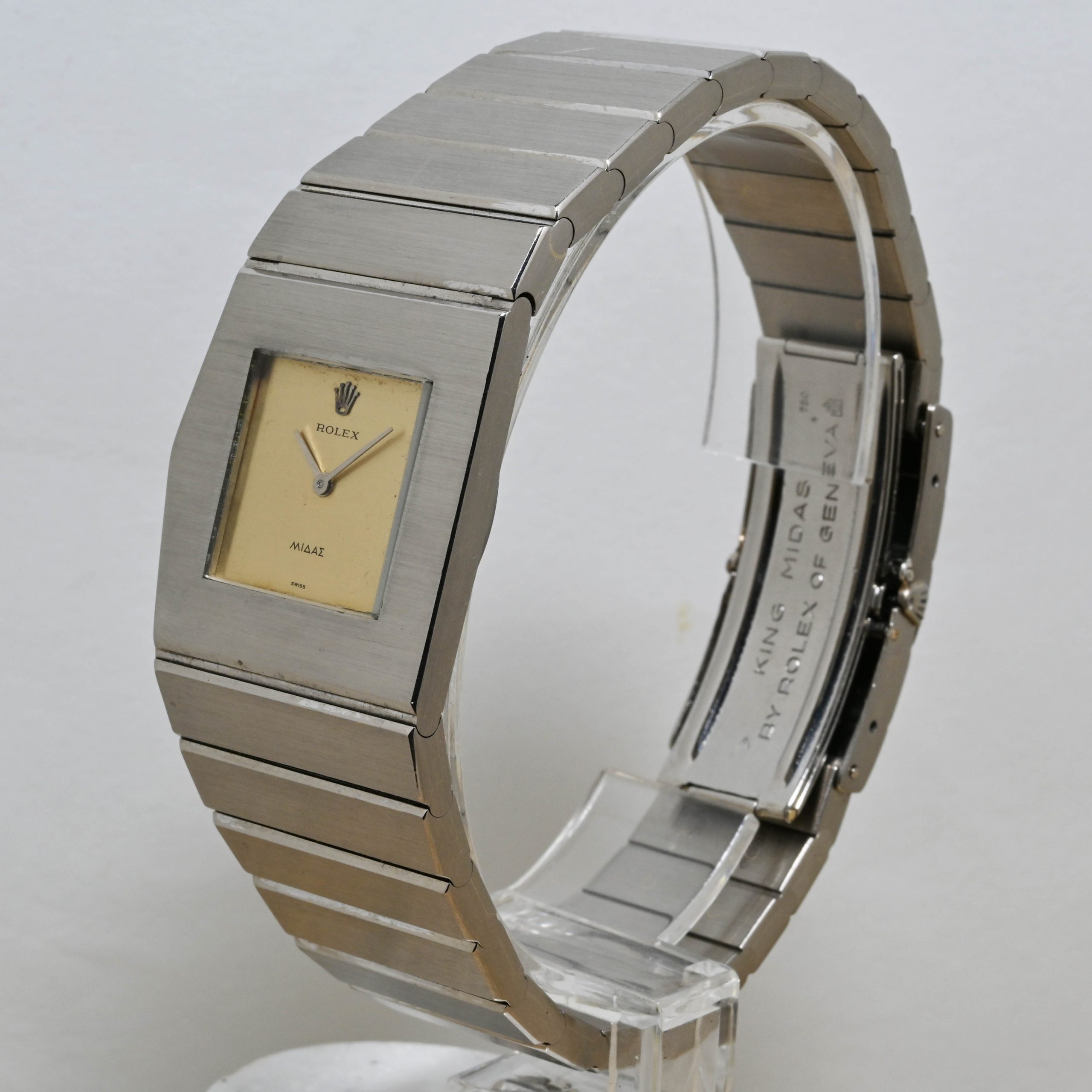 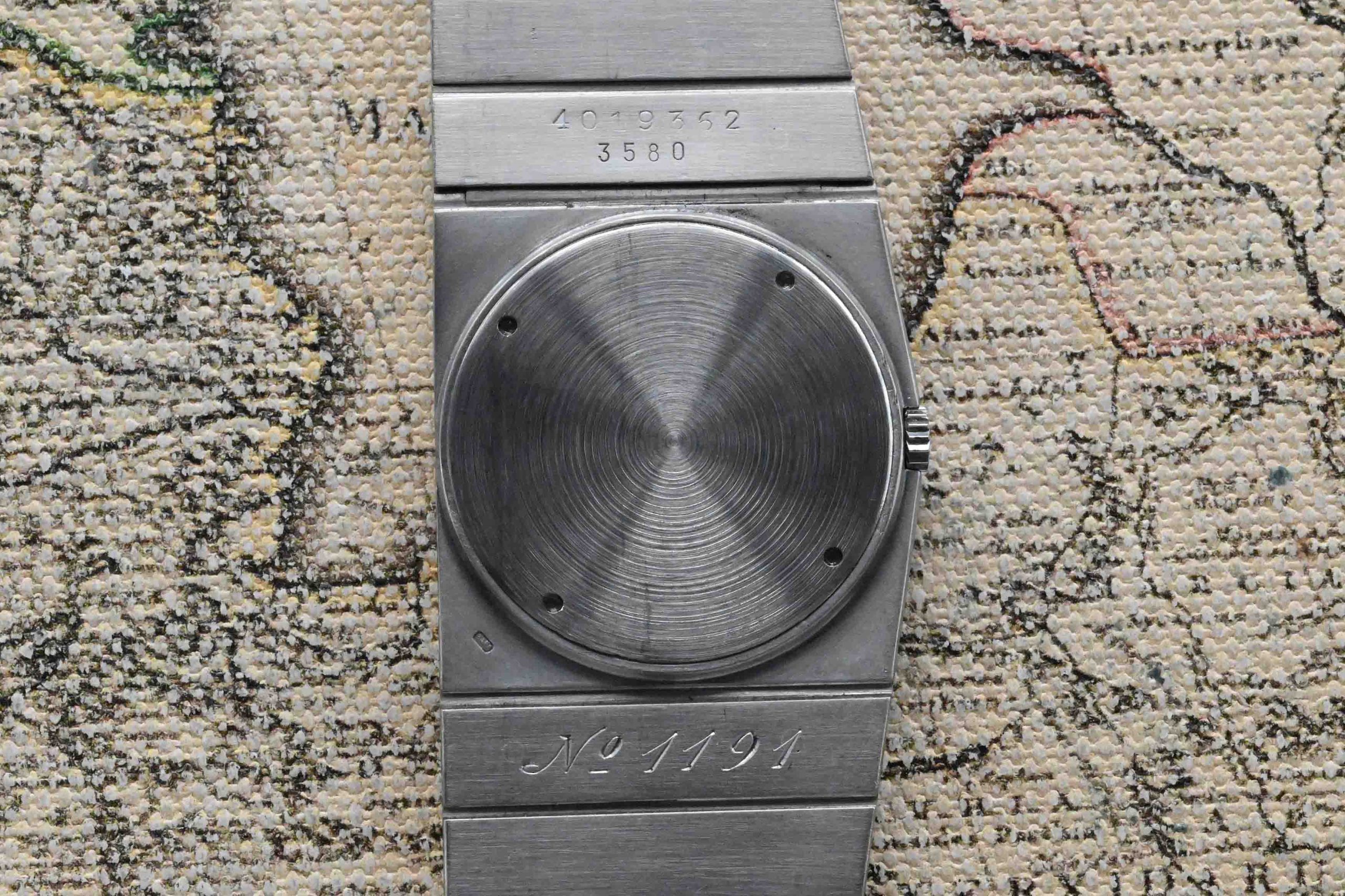 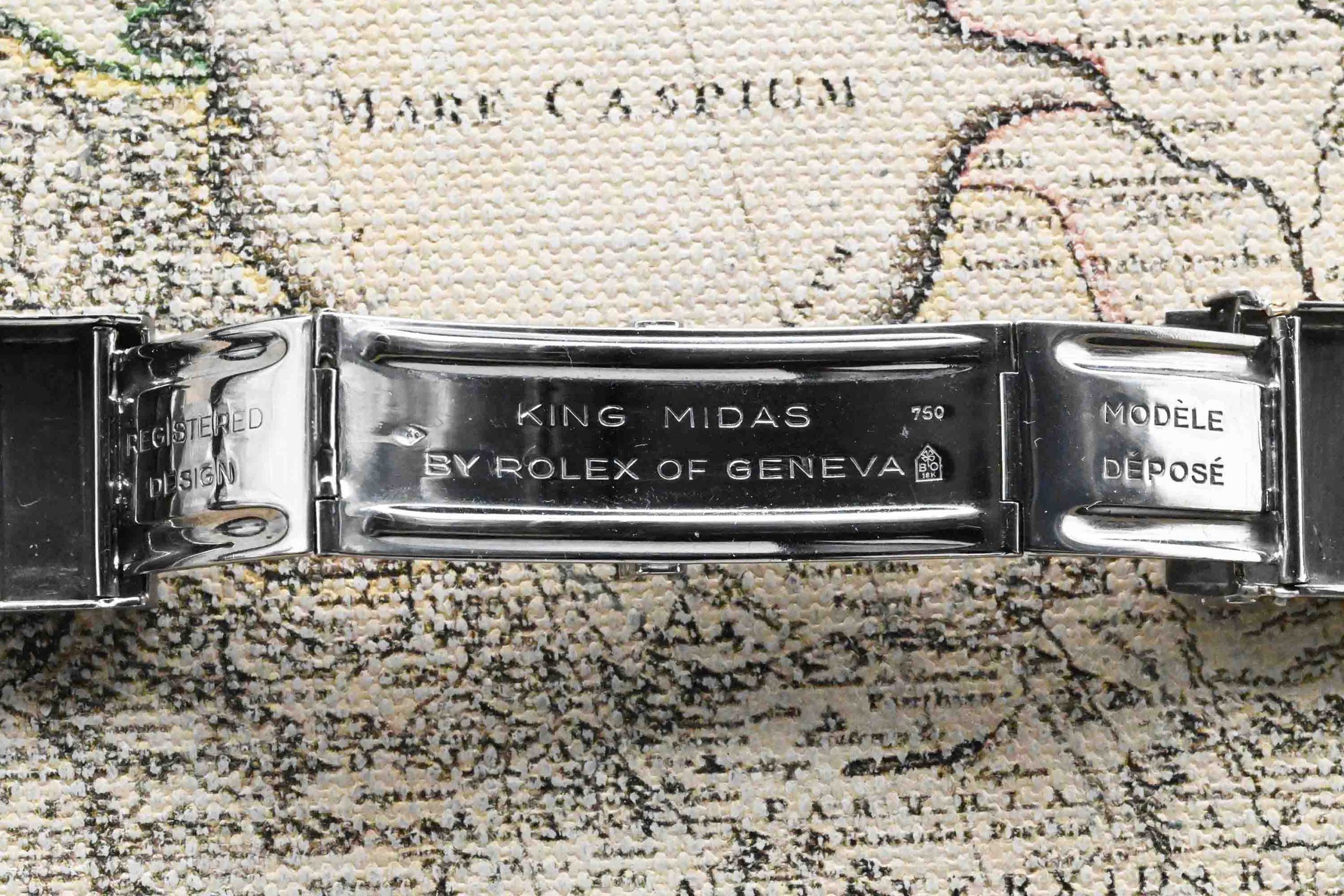 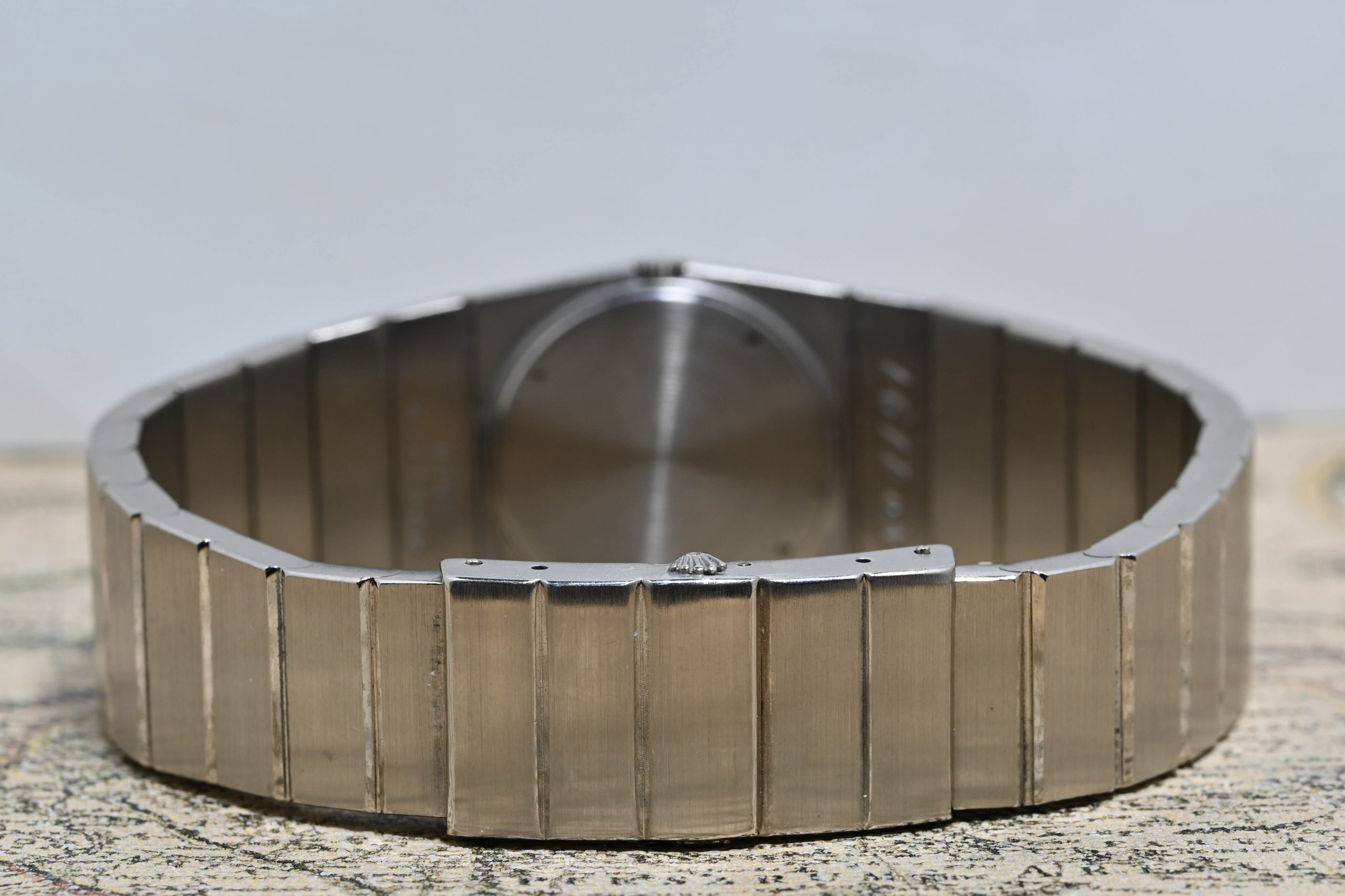 King Midas       - Introduced in 1962 the King Midas was a limited run designed by nobody less than legend Gerald Genta. It was designed to look like the Greek Pantheon. Following the Greek Mythology the watch was given the name King midas honoring the myth that everything he touched with his left hand turned to gold. The Midas reference 3580 was a production run of approximately 500 pieces of which only a small number were in white gold. We believe the majority of these was made in yellow gold. The Midas was born as an independent line but transitioned into the Cellini collection noticeable by the replacement of the Midas inscription by the Cellini logo. The versions with Midas inscription consists only of a very small number of early 3580s. The pieces are uniquely numbered and it is to believed that the numbering is tied to the reference, all pieces above number 800 are 3580s, all below are 9630s. The piece number for the current example is 1191. It is manufactured in white gold and is retained in excellent condition with sharp edges and well defined lines. The watch has a integrated white gold Brick bracelet which feels like a heavyweight on the wrist. It is interesting to mention here that the King Midas at its time was 50% more expensive  than a Day Date and in fact the heaviest gold watch on the market. The dial, we believe has aged from silver to a champagne hue, contrasting beautifully with the rest of the watch. The white gold King Midas is a rare watch and and truly an iconic model reflecting Rolex's position in the 70s and 80s.