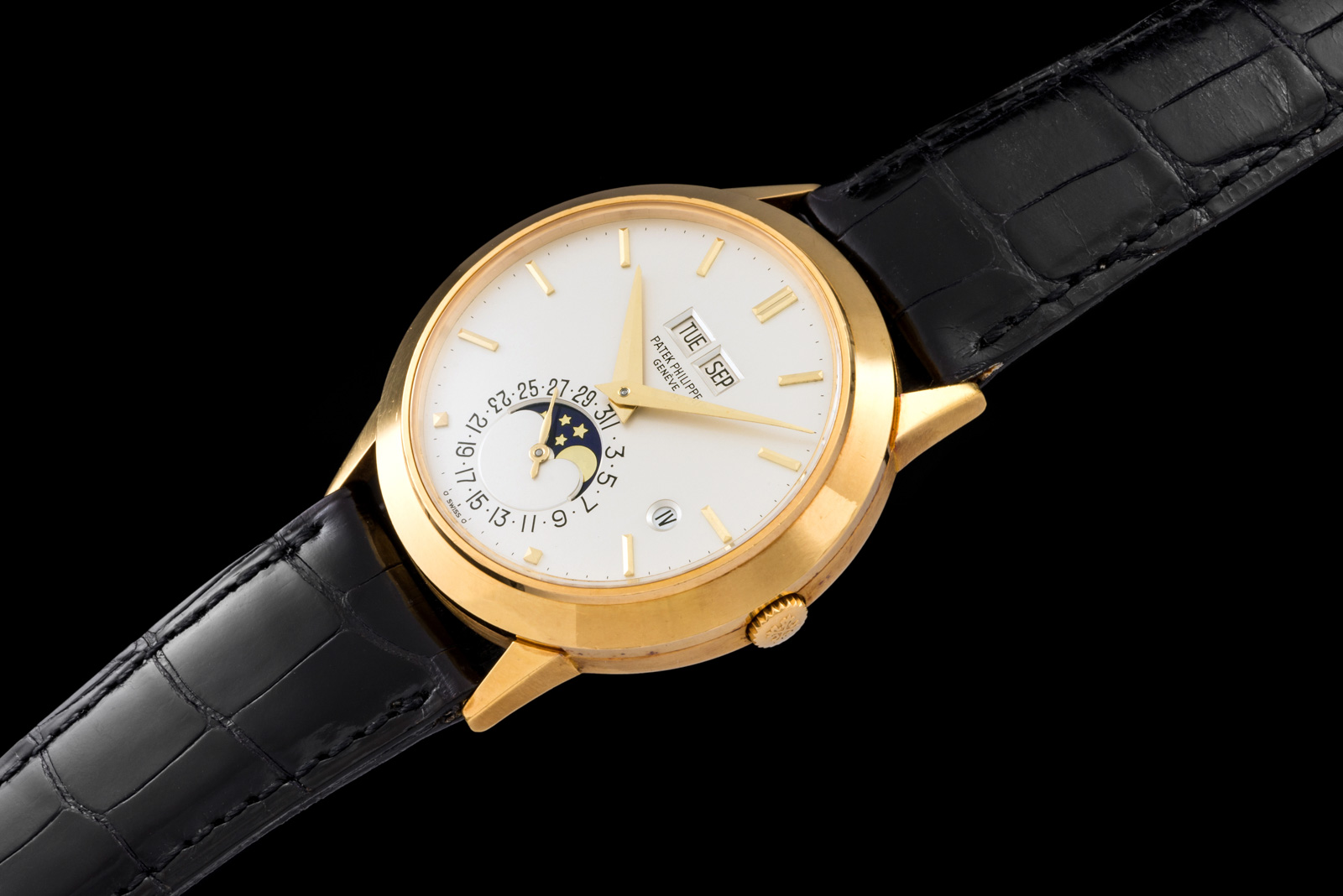 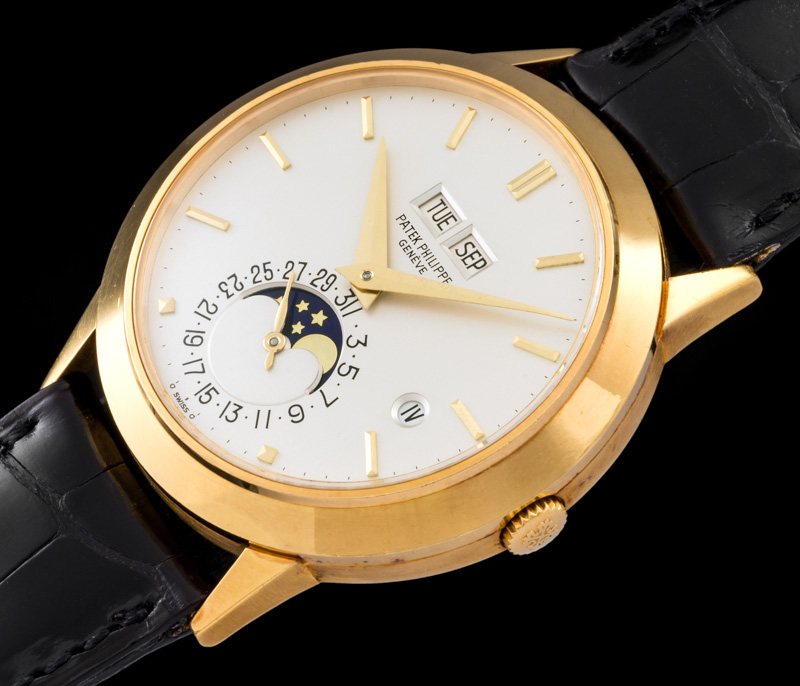 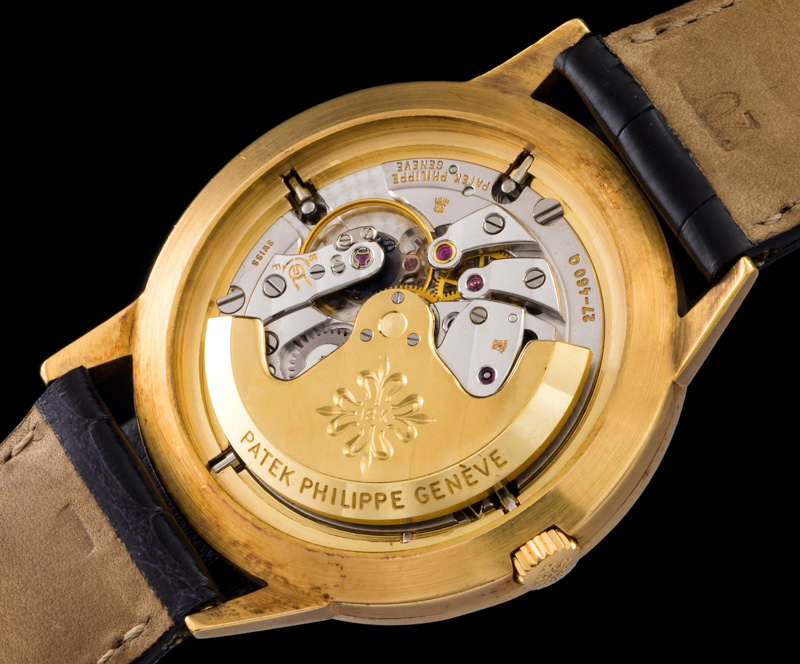 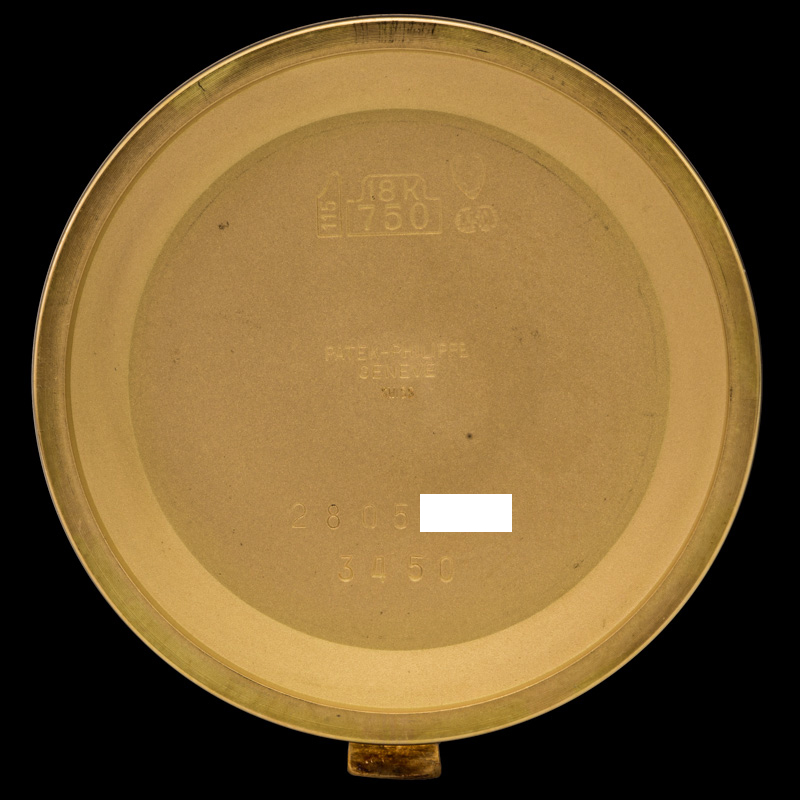 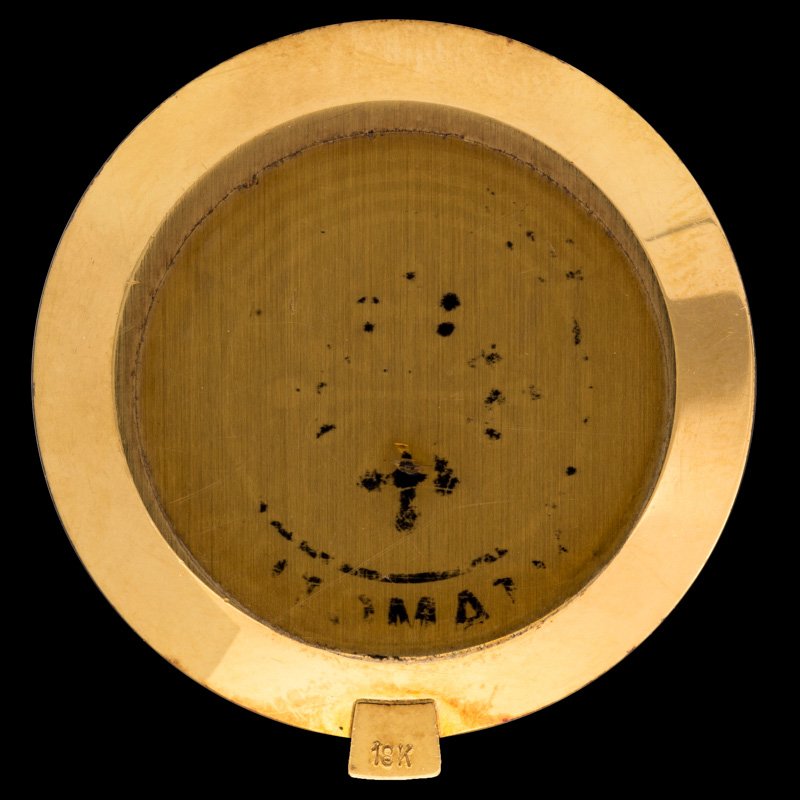 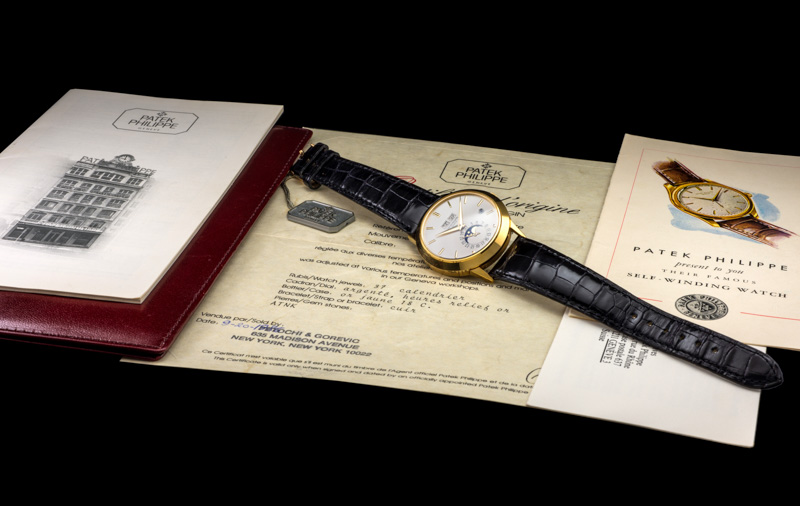 Breathtaking example of Patek Philippe 18k yellow gold ref. 3450, manufactured in 1985. Reference 3450 was launched in 1981 and it was the successor of ref. 3448, Patek Philippe's very first automatic perpetual calendar wristwatch. It represents the first serially made Patek Philippe wristwatch featuring leap year indication, also allowing for an enormously simplified calendar setting procedure. The unmistakable design of 3450 stands out for its timeless futuristic appeal: the dial is very airy and clean and the sculpted case is defined by the straight, angular lugs and the large sloped bezel. It was powered by cal. 27-460Q, the perpetual (Q: Quantième) upgrade of calibre 27-460, one of the best automatic movement of all times. In production only from 1981 to 1985 is one of the rarest Patek Philippe perpetual calendar models ever produced in series, with only 237 example manufactured. The present 3450 was sold in NYC in 1986 and it represents one of the most spectacular yellow gold examples ever appeared. Hardly worn, its condition is just breathtaking.  The case is absolutely untouched and all the original angles, proportion and hallmarks are preserved in crisp and pristine condition.  The case back is still retaining the original sticker visible.  The sublime dial is absolutely flawless and immaculate. But the desirability of this spectacular specimen is also enhanced by an extraordinary full set: it is accompanied by the Patek Philippe Certificate of origin, the original box and outer box, Patek Philippe booklets, tag and the calendar corrector. Case n: 2805xxx Cal : Automatic, 27-460Q Mov n: 1119xxx Diam : 37.5 mm Box & Papers : Accompanied by the Patek Philippe Certificate of origin, original box and outer box, Patek Philippe booklets, tag and the calendar corrector Manufactured in: 1985