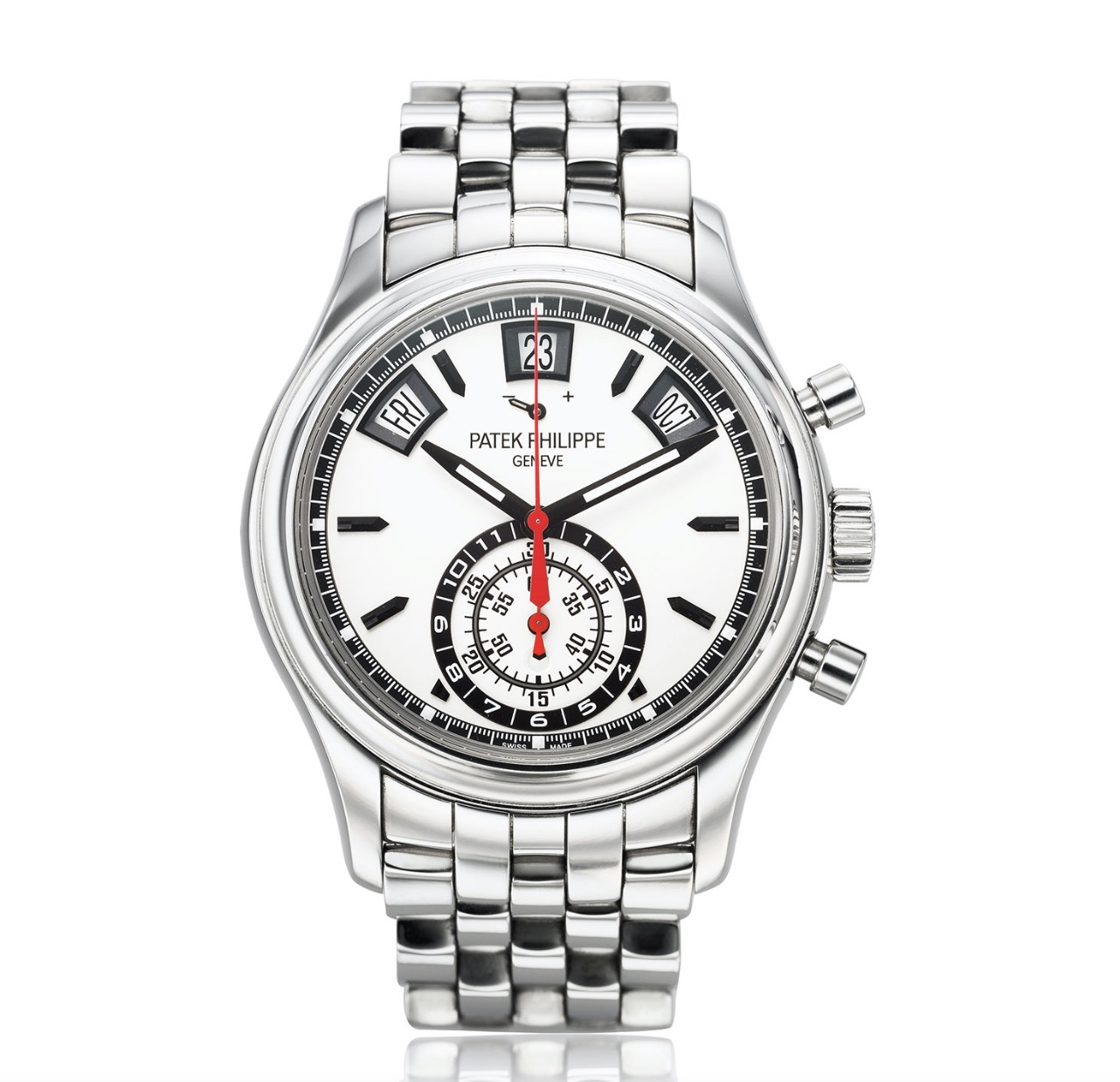 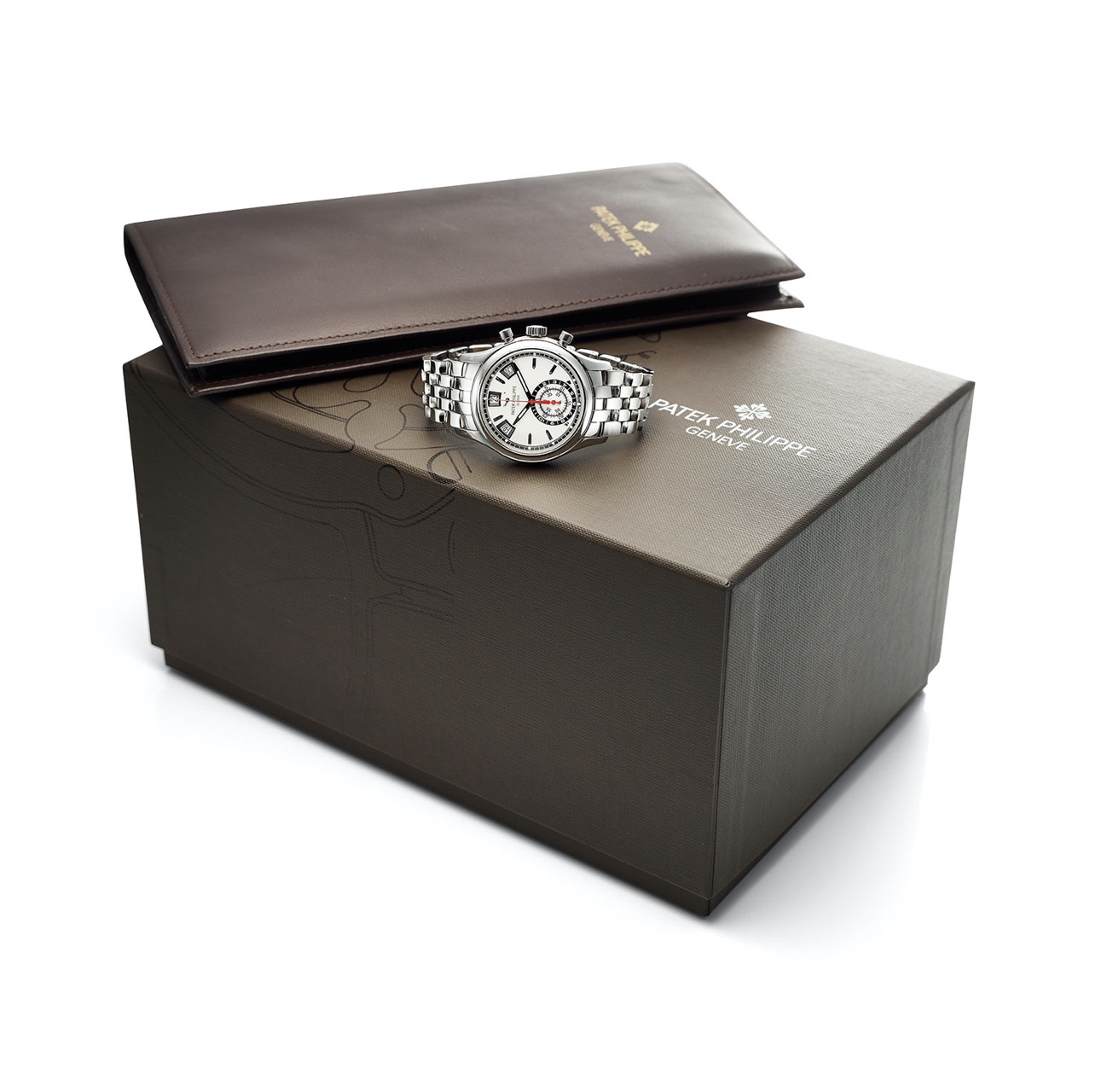 Steel Patek Philippe ref. 5960/1A with box and papers from 2015   The 5960/1A with white ‘Panda’ dial was only in production from 2014-2017. After being discontinued, it quickly gained a cult following as collectors chased down one of the small number of these annual calendar chronographs ever made. When Patek Philippe released this watch in 2014, the company knowingly admitted that demand would be high for a complicated watch made in steel, “Patek Philippe’s new Ref. 5960/1A Annual Calendar Chronograph is a wristwatch that emanates the cool sheen of stainless steel. It is one of the manufacture’s rare classically elegant wristwatches outside the casually exclusive Nautilus and Aquanaut collections that combine a complicated movement with a stainless steel case. This debut is bound to capture the attention of collectors and brand aficionados… With very few exceptions – such as the ultra-thin Ref. 5950A split-seconds chronograph which has been in the collection since 2010 – all other Patek Philippe men’s wristwatches were systematically cased in gold or platinum. As regards this strict distinction between casual and classic watches, the new Ref. 5960/1A is another one of these seductive exceptions.” Two relatively obscure facts further distinguish this unusual steel reference. First, the “drop” link bracelet is an almost identical stainless steel interpretation of the ref. 5036/1J yellow gold bracelet first introduced in 1997. Second, the first day of the month is indicated in red on white with the ref. 5960/1A, while the other dates are displayed as black on white; a subtle and purposeful design that Patek Philippe defined as a way to kick off the month with a “colorful stimulus”. So next time you need a little cheering up, get your Patek on since the first of the month is just around the corner.