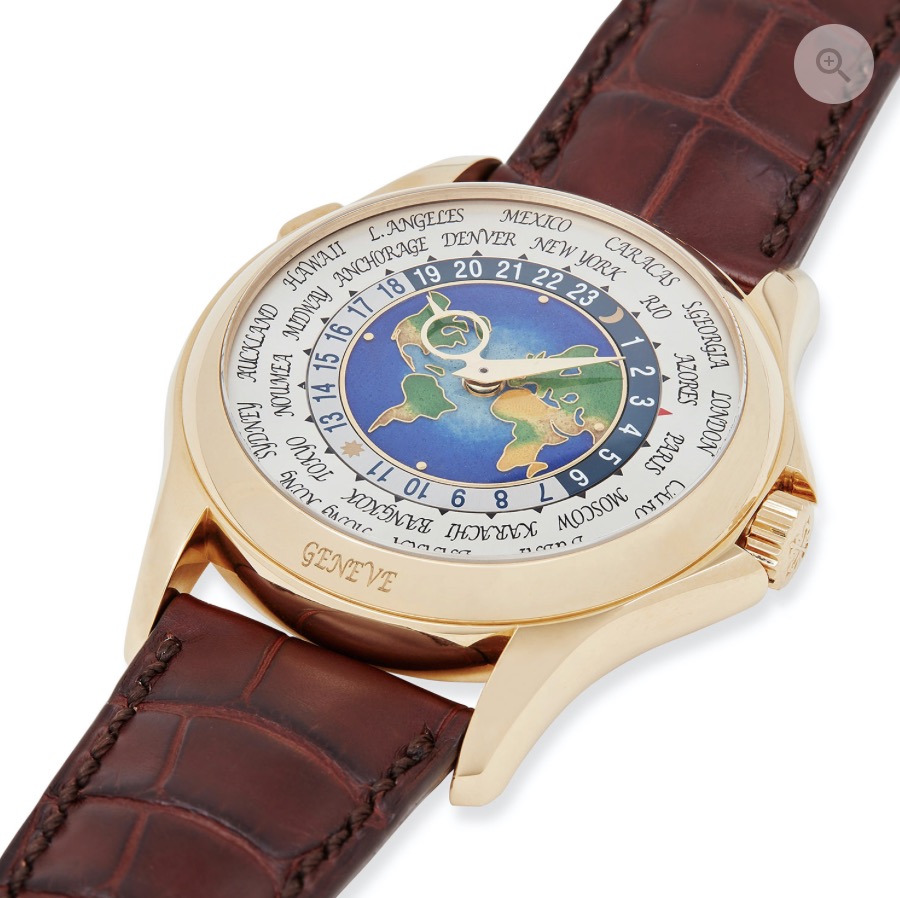 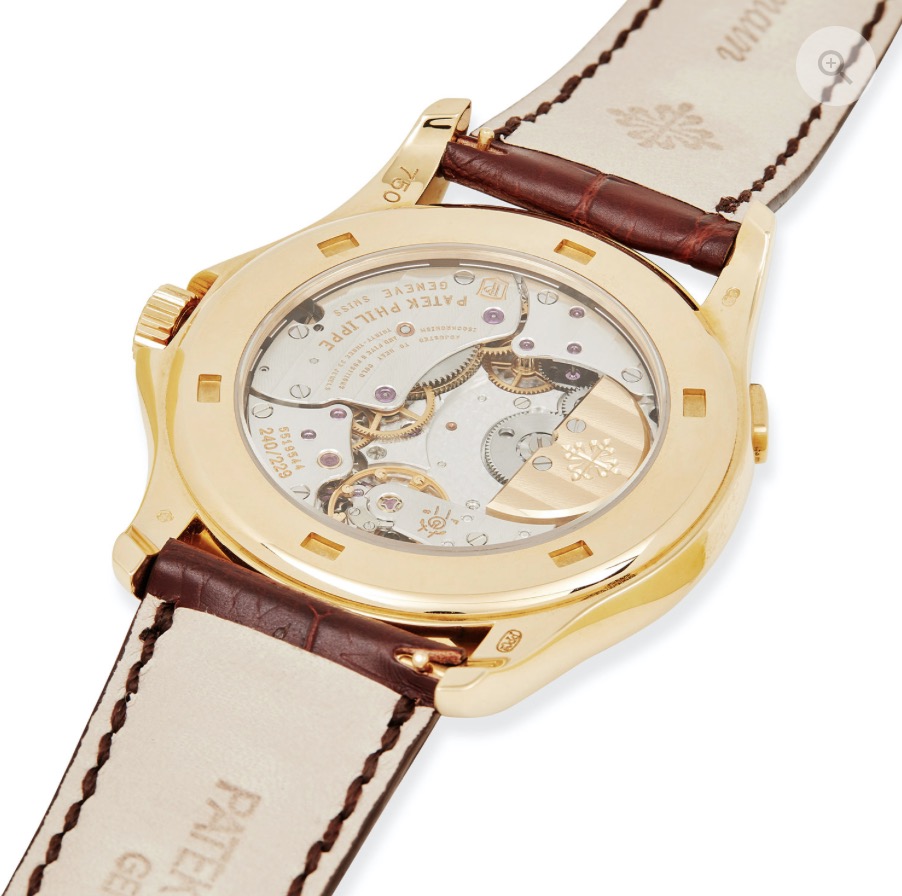 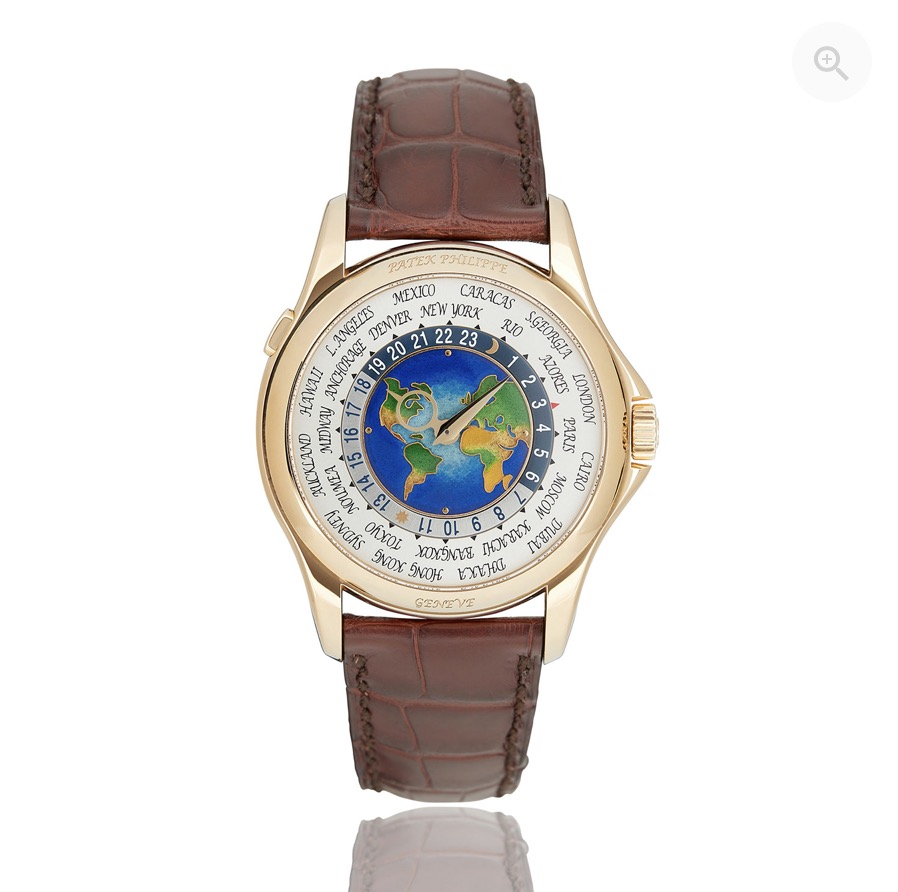 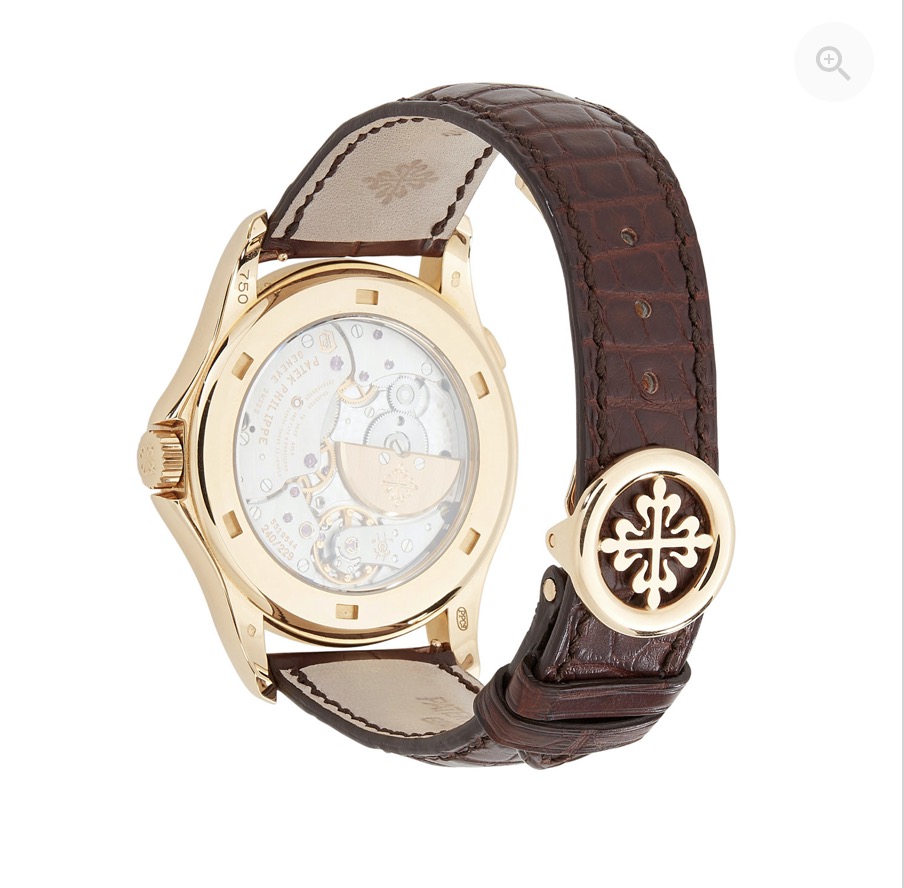 Patek Philippe 18K yellow gold cloisonné enamel World Time, made in 2009 sold in 2010 The ref. 5131 was released in yellow gold in 2008, followed by white gold in 2009, and pink gold in 2014.  The yellow gold version features a map of the Americas, Europe and Africa. It is believed that only two enamelists made these miniature works of art for Patek Philippe and each watch is slightly different. As a useful complication for travel showing the time in 24 timezones at a glance, this exceptional reference is a staple in many important Patek Philippe collections. Approximately 150-200 examples of the ref. 5131J were produced. It is interesting to note that there were two different dials offered in the main production run of the ref. 5131J. First, the ref. 5131J-001 such as this example, and later the ref. 5131J-014. The -014 replaced the city names of the first version with Moscow changing to Riyadh, Dubai to Moscow, and Caracas to La Paz. Looking at the history of Patek Philippe World Time watches dating back to the 1930s is a fascinating history lesson in geopolitical and economic shifts.