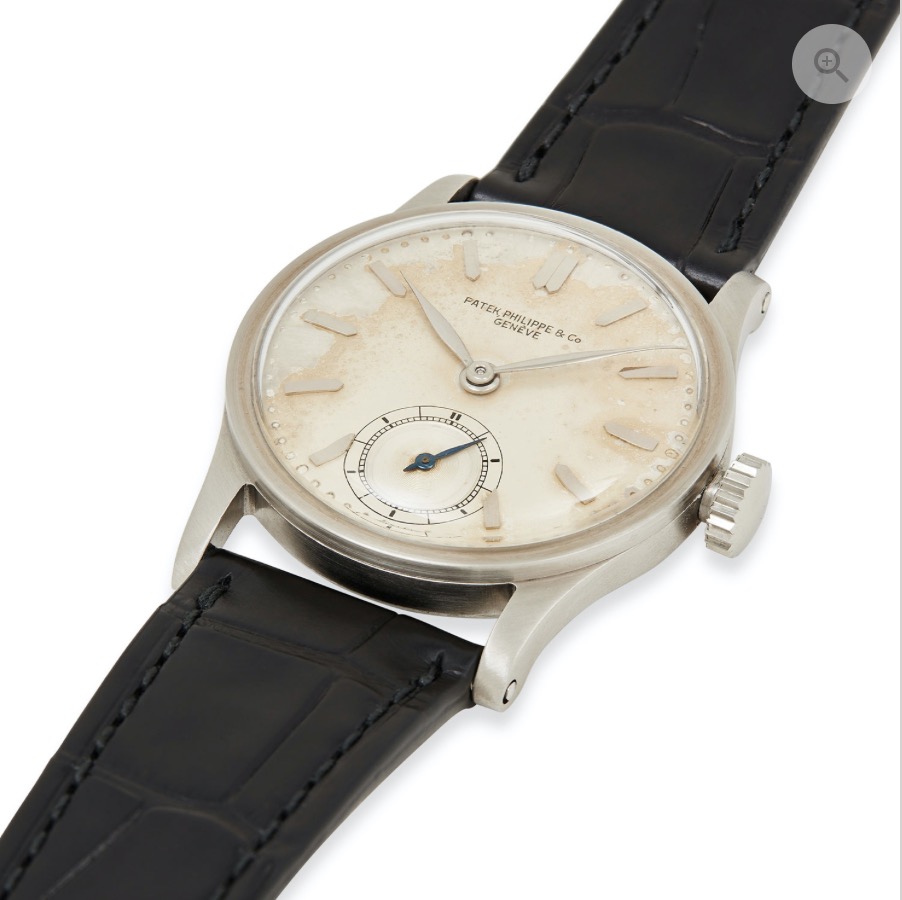 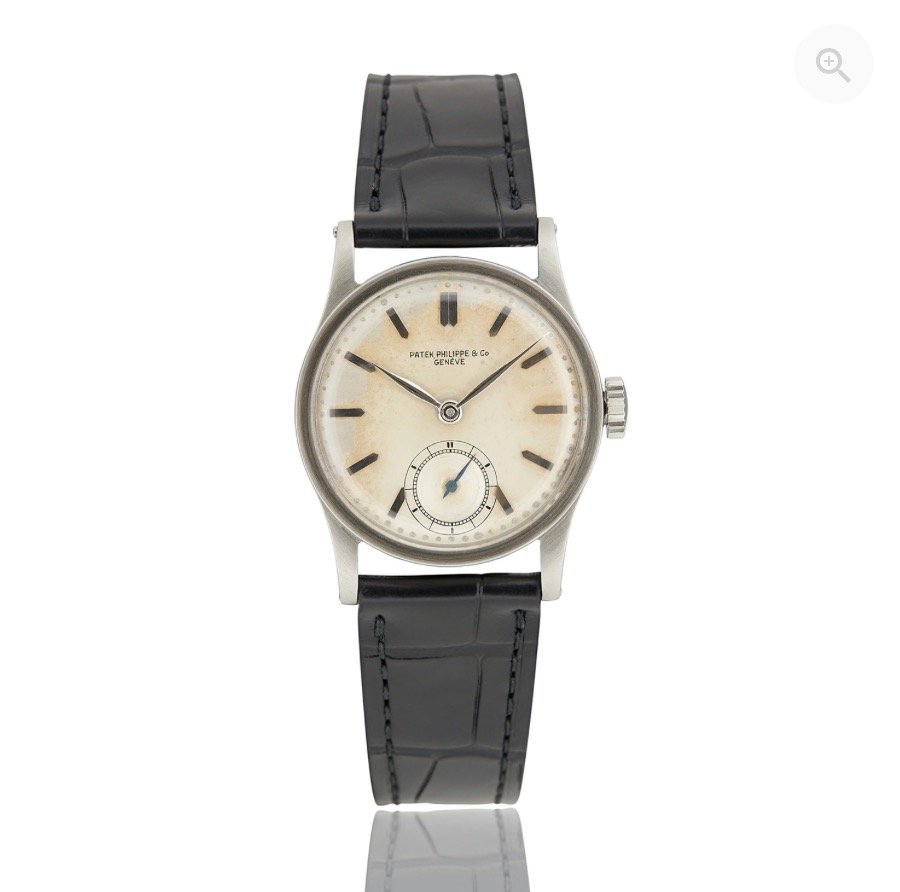 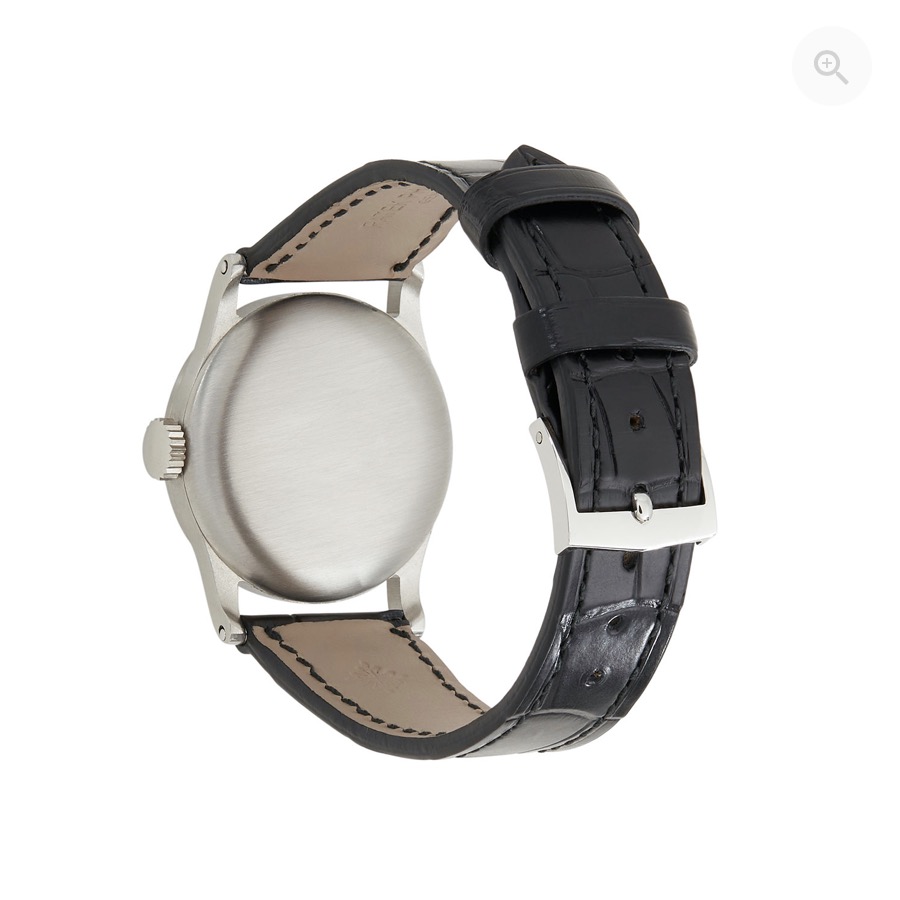 Patek Philippe steel Calatrava wristwatch, made and sold in 1943 The ref. 96 was produced from 1932 through the early 1970s and is one of the most collectable, staple, time only references from the 20th century. With many variations in colors and designs on a seemingly simplistic platform, the ref. 96 was the ultimate canvas of creation for Patek Philippe for almost five decades. No other example of the ref. 96 is more coveted than the examples made in steel. Classic and powerfully understated, the steel versions of this watch are as fashionable on the wrist today than they were when originally made. Arguably, no other 30.5 mm watch carries the magnitude of desire as the steel ref. 96 Calatrava. This example is fresh to market and totally unrestored with an elegantly aging dial. The original 75-year old varnish is developing an attractive halo that gives the dial an almost sector-like appearance. The thick lugs and crisp case further emphasize the beauty of this watch.