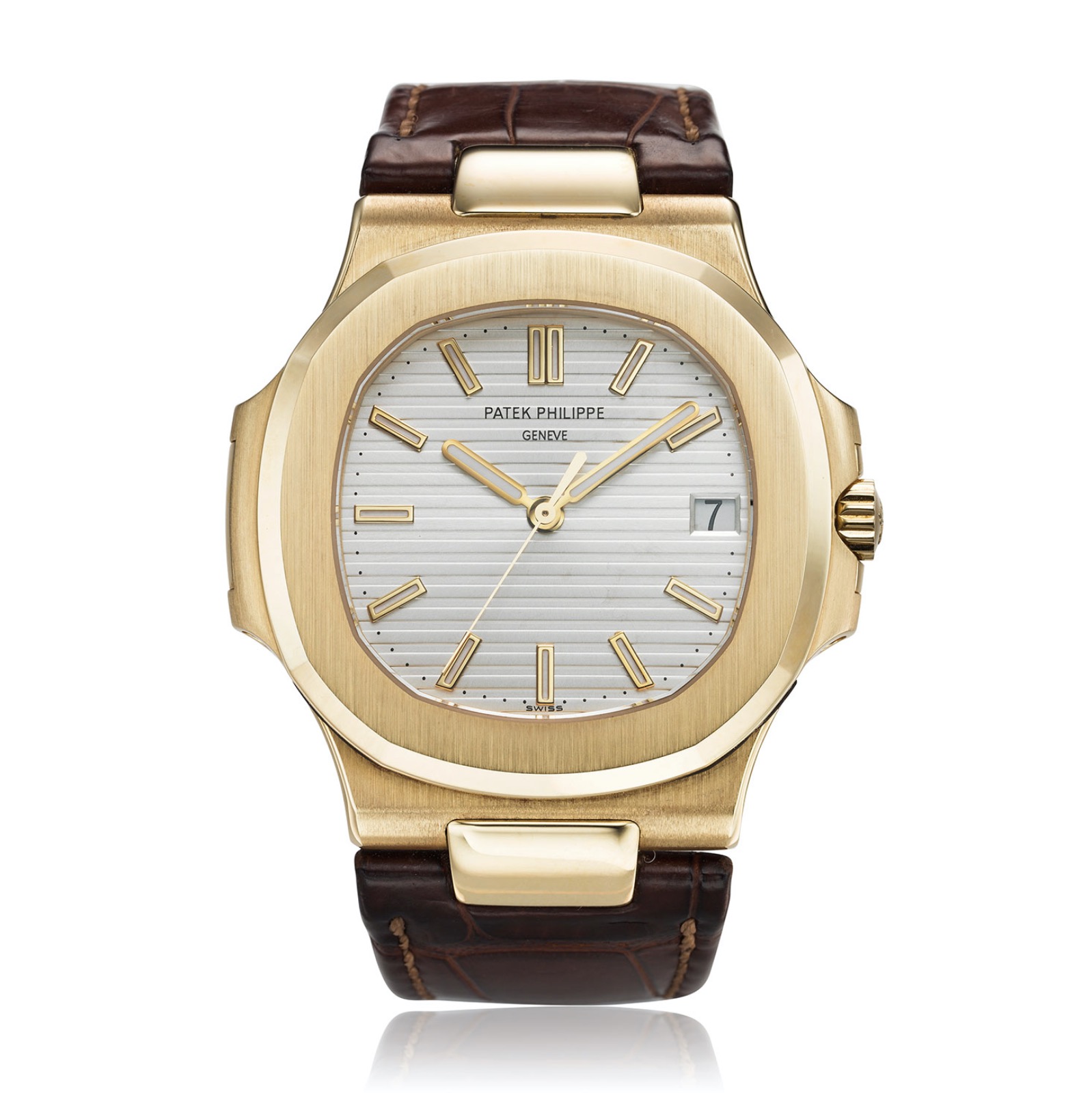 In 2007, Patek Philippe celebrated the 30th Anniversary of the launch of the Nautilus with the release of the ref. 5711 in gold following up on the earlier launch of the ref. 5711/1A steel bracelet model in 2006. Made one millimeter larger than the original ref. 3700 from the 1970s, the ref. 5711 was a faithful interpretation of the original with a few unexpected twists. First, these new models were made with a three part case that featured a sapphire display back highlighting the caliber 315 SC. In addition, the fold-over clasp engraved ‘Nautilus’ was made with a novel design that allowed for threaded length adjustment for the perfect fit. Considerable thought was made regarding the colors of the dial and strap as indicated by the Patek Philippe gold ref. 5711 press release at the time, “To spotlight the aesthetic combination of materials, the dials match the case color in each version. They are silvery for the yellow gold model, a warmer brown charcoal for the rose gold model, and a cool slate gray for the white gold model. All dials feature the distinctive Nautilus horizontal embossing pattern and large applied luminous markers to match the case.” Even the straps were special, “safari black alligator for the white gold… and chocolate alligator for the yellow gold”. While production numbers for these 30th Anniversary models have not yet been released by Patek Philippe, it is safe to assume that this is far more rare than the ref. 5711/1A. More boldly, Collectability guesstimates that the ref. 5711J is more rare than the platinum ref. 5711/1P (non-anniversary). In time, the ref. 5711 will be appreciated for its place in the Nautilus timeline as one of the most important time only Patek Philippe watches from the early 21st century. Direct from the original owner, this ref. 5711J is preserved in fully original and unworn condition with its original box and papers.