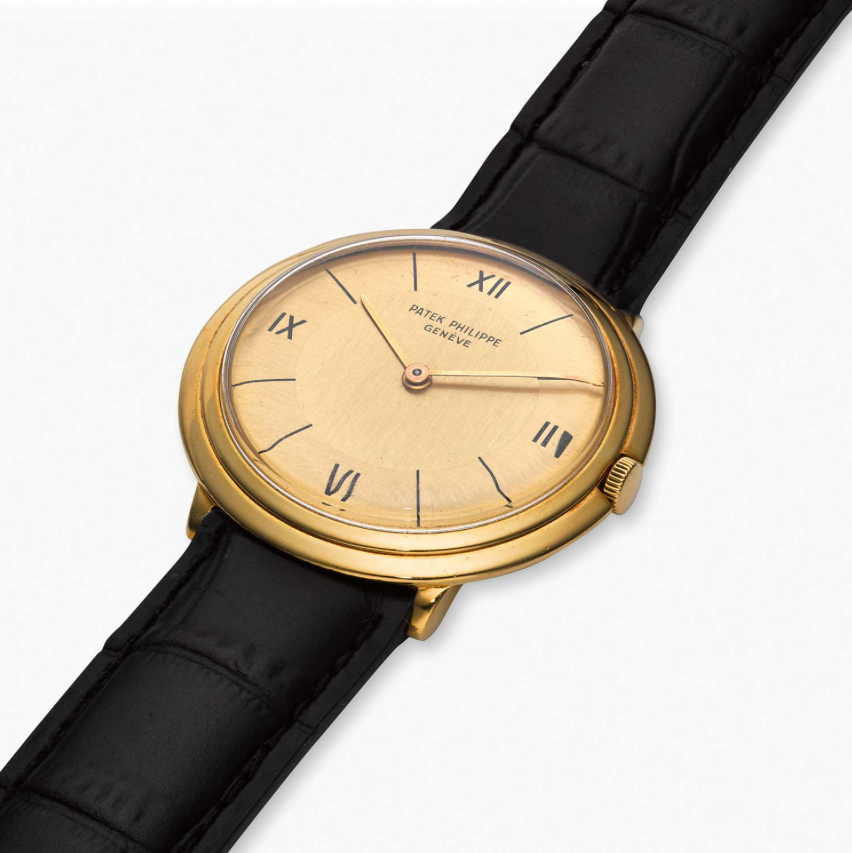 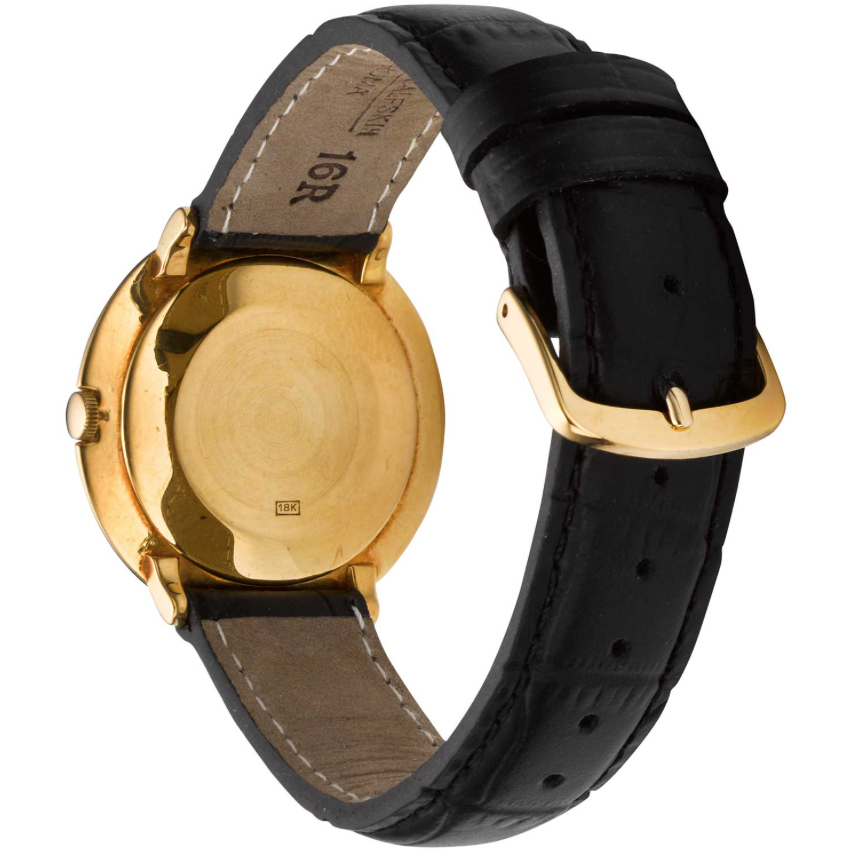 18k Yellow Gold Patek Philippe Ref. 2501, made in 1951 A classic 1950s Calatrava, the ref. 2501 was available in a number of different dial configurations, including silvered with baton, diamond, and the highly desirable two-tone gilt, as seen with the present example. The raised enamel Roman numerals and elongated stick batons on this 18k gold dial base are highlighted by the two-tone aesthetic of the watch. With a circular three-piece case made by Wenger (case mark 1), the ‘disco volante’ design lives up to its nickname. This example has ‘HOX’ engraved on the movement and ‘18k’ on the case back, confirming that it was originally sold to the US market via the Henri Stern Watch Agency in New York. In 1951, the watch had an original retail price of 525 USD.